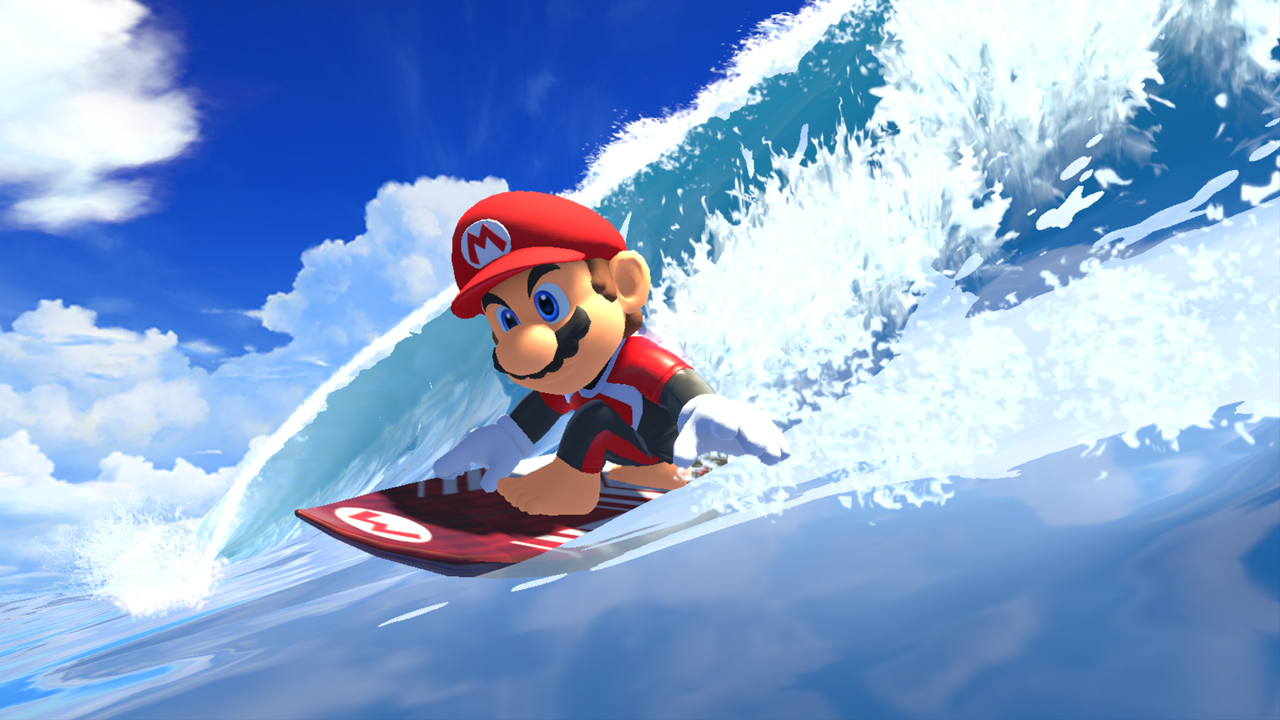 After having been to Beijing, Vancouver, London, Sochi, and Rio De Janeiro, it’s fair to assume Mario and Sonic have become gold medal athletes. Unfortunately, though, SEGA has still not become a medalist in making games based on the Olympics. Despite having doubled the number of events included in this entry when compared to the previous iteration, the franchise still hasn’t reached a perfection point. That being said, Mario and Sonic at the Olympic Games Tokyo 2020 is arguably the best game in the franchise for those just familiarizing themselves with this fan-favorite series.

For those unfamiliar with the franchise, thankfully, this entry makes serious strides towards providing an experience accessible by all ages. Mario and Sonic at the Olympic Games Tokyo 2020 improves accessibility in a couple of different ways.

The first is through the game’s comedic story mode that will teach younglings about the history of the Olympic games (through trivia collectables found via NPCs and Trophies), but also provide a few chuckles for both older and younger players. The plot of the game follows Mario and Sonic getting warped into a Tokyo 1964 game console created by Doctor Eggman, an evil genius. While Mario and Sonic are collecting gold medals and trying not to let Bowser and Eggman get them, Luigi and Tails are competing in the 2020 Olympic Games in Tokyo. Despite the plot’s simplistic nature, it is a great way to commemorate the history of the Olympics and celebrate the upcoming Olympic Games in Tokyo. It also served as an excellent opportunity for the developers to implement more events—and in an 8-bit style too! The simple plot also allows for the implementation of minigames. Minigames are earned through the story mode and are different from events in that they’re character restricted. You are forced to play as a particular persona rather than any of the in-game characters. I didn’t have a particular issue with this because it made sense story-wise, however, it became frustrating in the post-game when I had the option to play the minigames at any given time (via the game room). Even with the poor implementation of minigames, they were still an unexpected delight. Therefore, it didn’t hinder my experience with the story mode too much.

Despite having appreciated the campaign, I can’t help but feel it should’ve been a little longer. Beating the story mode took only a few hours, which is awful considering the game is $60. That being said, it’s comical and something all Mario and Sonic fans should experience.

Mario and Sonic at the Olympic Games Tokyo 2020 also improves accessibility by offering a tutorial for each minigame and event. In addition to the abundance of in-game tutorials, you have the opportunity to take advantage of motion controls for a good portion of the events. That being said, fortunately, they aren’t forced upon you. These motion controls don’t feel like a useless gimmick either. The motion controls are implemented purposefully and are a good way to change up the formula for each event. For example, it felt like I was actually boxing when I was doing the Boxing event. It’s worth mentioning that none of the minigames let you use these motion controls. Not only can you not use the motion controls for minigames, but the same also applies for the events a part of the Tokyo 1964 Olympic Games. This might sound like a huge drawback, but it actually makes a lot of practical sense. 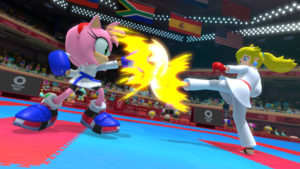 There was also a few other events that I enjoyed significantly, including Swimming, Football (American Soccer), Rugby Sevens, Table Tennis, Surfing, Sport Climbing, Gymnastics, Fencing, and Karate. However, it’s worth mentioning that not all of the events are well-done and some are too simplistic.

In terms of multiplayer, the game is sorely lacking in the online department. I tried to connect online to play the in-game events with others on multiple occasions, yet never managed to find a match. This was really disappointing considering a large part of the replay incentive relies heavily on multiplayer. Not being able to find a match also made me feel bad for the developers because there seemed to be an interesting ranking system in place. Unfortunately, this game didn’t include tournament brackets either. However, if you don’t care for online multiplayer and care more about a great local offering, you cannot go wrong with this game. The game is perfect if you want to gather around the big-screen with family and show your athletic prowess.

Overall, Mario and Sonic at the Olympic Games Tokyo 2020 is the best game in the franchise for newcomers. The game offers an abundance of events and a charming story that’ll give younglings insight into the history of the Olympic Games. If you are looking into becoming a competitive athlete online, then this game will not be for you. However, it is perfect for any get together with friends and/or family, due to the game’s short session mentality.

Overall, Mario and Sonic at the Olympic Games Tokyo 2020 is the best game in the franchise for newcomers. The game offers an abundance of events and a charming story that’ll give younglings insight into the history of the Olympic Games. If you are looking into becoming a competitive athlete online, then this game will not be for you. However, it is perfect for any get together with friends and/or family, due to the game’s short session mentality.