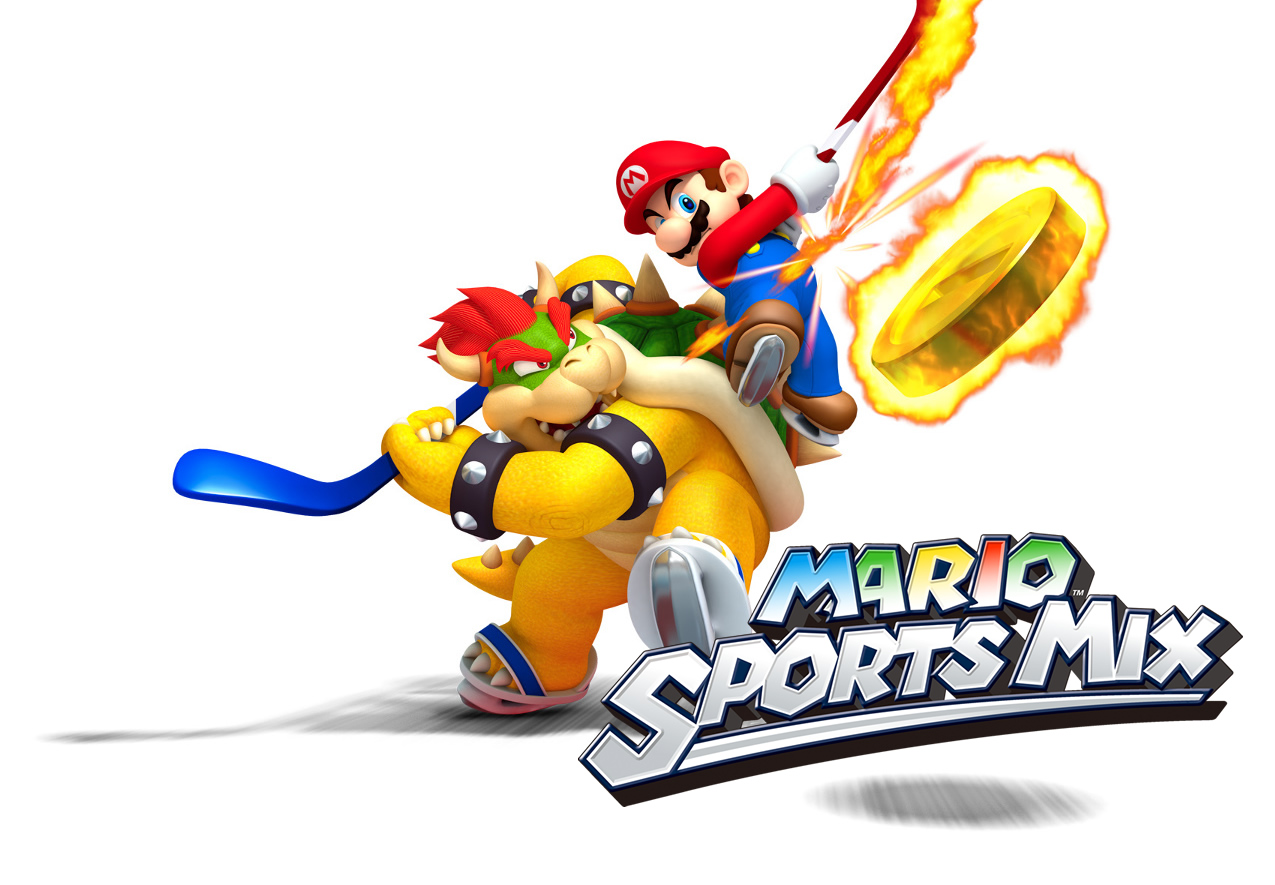 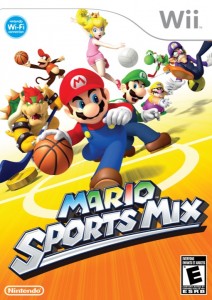 Nintendo’s latest first-party offering, Mario Sports Mix, is a new game in the Mario Sports genre of games which played host to fun titles such as Mario Strikers, Mario Golf, and Mario Tennis. This time around, Mario & co. are playing 4 different sports packed on to one disc: Volleyball, Hockey, Basketball, and Dodgeball. Expect crazy items to fly as Mario Sports Mix transforms these 4 sports. 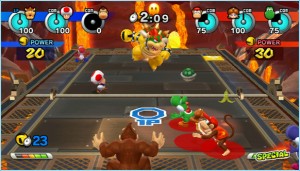 Dodgeball was the first sport I played in Mario Sports Mix since I was a big fan of games like Super Dodgeball on the SNES. The game allows either 2 on 2 or 3 on 3 matches and the rules are standard Dodgeball rules. However, instead of being ‘out’ when getting hit by a ball, each character has a life meter that must deplete before they are ‘out’. Once out, the player moves to the outside boundary of the opposing team and you can pass the ball to these players and vise versa. There are a host of items as well such as shells and banana peels to unleash on your opponent(s). It’s not the most interesting or fun game of dodgeball you’ll ever play and the pacing is surprisingly slow. There’s really not much depth to this sport at all other than passing, throwing, catching, and repeat. 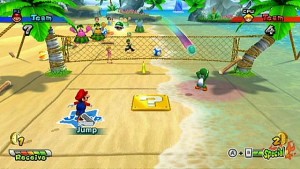 Volleyball shares a lot of the simplicity of Dodgeball, but feels a little more in-depth. The basic controls have you serving using the Wii remote and then using the Wii remote for blocking, setting, and spiking. The controls are pretty basic and I felt myself getting bored with the same thing over and over. Some games, like the ones in Wii Sports/Resort, have simple gameplay mechanics, but there’s a ton of variety in the outcome. In Volleyball, I felt like I could get to almost every single ball that came across the net and it didn’t get more interesting the more I played. 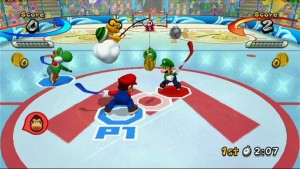 Hockey is a little more complex than Volleyball and Dodgeball, but it still lacks compelling gameplay to keep you coming back for more. I was hoping for the depth of a game like Mario Strikers only with Hockey pucks (since hockey and soccer are fairly similar), but I was disappointed since most of the arenas felt small and the fact you only have 3 players on a team makes the sport feel like a mini-game. 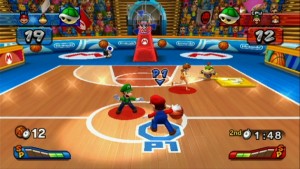 The last sport in the ‘Mix’ is Basketball. This sport has all the basics of basketball including passing, shooting, dunking and even the oh-so-fun-to-say alley-oop. They tried to capture the simplicity of a game like NBA Jam with the same level of depth, but it really doesn’t deliver. Games can be taken over with the use of items and super powers to the point where it’s completely one-sided. To illustrate, the first game I played against the CPU, I won 75-0. They never once got a shot off since stealing the ball is so incredibly easy and super powers are easily earned. Sure you and your friends can get good at the game and have a close game, but it’s not that much fun since more like a free for all than Basketball.

Mario Sports Mix also features a few mini-games based on each of the 4 sports. Some of these are really fun like one that allows you to set volleyballs to play notes from a Nintendo-themed song. Other ones have you feeding Petey Piranha and dodging bob-ombs. They’re decent mini-games but nothing that will keep you coming back for more than a couple hours.

One place where Mario Sports Mix shines is in its multiplayer options. All of the sports can accommodate up to 4 players and up to 3-players can play cooperatively through any of the tournaments in each sport. The game also features Nintendo Wifi Connection support and 2 players can team up on a Wii system to battle cooperatively with others online. So if you have some friends, you’ll find some fun as you play through Mario Sports Mix.

Mario Sports Mix is a bit of a mixed bag. On the one hand you have great multiplayer options and great graphical presentation, but on the other you have inferior gameplay and lackluster sports. If you’re looking for a party game to play with friends, this might be worth a rent.