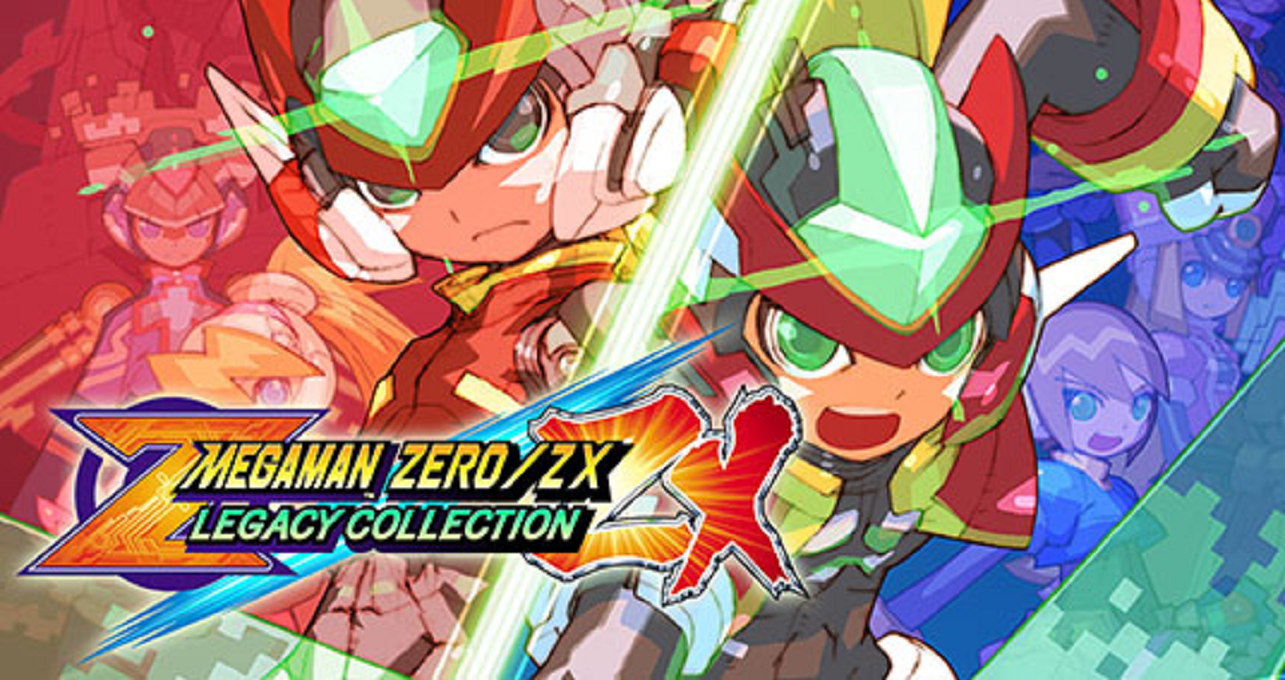 Drop the Zero and get with the hero?

There’s no question of value here, as Mega Man Zero/ZX Legacy Collection bundles six games. So, fans of the various series in the MM franchise might’ve already scooped this one up. But what about those who are unacquainted with these former GBA/DS exclusives?

I’ve never actually played any of the six games in this compilation prior, although I was aware of them as a Mega Man fan. My enthusiasm is mainly for the original series 11 console games. Of course, I knew the Zero character from his introduction in Mega Man X, too. So I approach these more or less fresh, having left the DS compilation stranded on my wish list.

It’s on record that “The aim of the Zero series was to make it the most challenging out of all the Mega Man series of games.”. A misguided goal in my mind, but one that seems to have been (eventually) recognized. The later games responded to criticisms about the cheap difficulty by offering a less punishing, though still substantial, challenge. This collection takes it one step further with improved checkpoints, which are a huge plus, especially for story-driven games. Causal scenarios are also selectable, but it’s a misstep that you’re locked into them and can’t flip between normal.

Space won’t allow me to talk about each Zero game individually, but I will say that, without any nostalgia, I find the series generally less entertaining than those that preceded it. Though solid for what they are, they didn’t hook me as much as I hoped. This acknowledgment might put me in the minority, but I don’t feel it’s necessary to dwell on all of my reasons at length in this review. Perhaps I’ll discuss them more in a future Purely Opinions piece. I will say that Zero 3 is a good game – it feels the most balanced – and one that I was driven to play through to the finale. Come to find out, the consensus seems to be that it’s the best in the series.

One of the best compliments I can extend towards the Zero games concerns their graphics. After playing entries on the black and white Game Boy, I can imagine how nice it was to see the power that the Advance models offered! While the screens still feel cramped on average, the presentation is very well-done. Options for screen sizes are included (with borders) for each game in Mega Man Zero/ZX Legacy Collection. Gallery lets you zoom in on hundreds of pieces of art as well.

I’m going to spend more time talking about the ZX games. Not just because I prefer these to the Zero entries, but because I feel these have been more easily overlooked. I was also curious how the dual-screen releases would adapt to the Nintendo Switch hardware. Concerning that last point, I’ve found I have no real issues, though admittedly these games made very little vital touch screen use when first released. With seven layouts to pick from, you’ll find one that suits you.

One of the first things to grab me about the ZX games were their stories. The Zero entries had surprisingly dark (in a Teen rated way) plots about Dark Elf warfare and so forth, with lots of death and an overall feeling of gloom. The ZX games, while of course still having conflict, carry a much more optimistic tone, which makes them more stimulating. I feel the stories are better developed in several ways, flowing in a superior way as a result. Animated cutscenes and lots of voice acting (in Advent) further strengthen things.

This state of things is reflected in the music as well. It succeeds in offering a mix that’s much closer to classic Mega Man synth-pop than to later Capcom metal rock. It’s a choice that leads to these tracks sounding very distinct, while also fitting the action quite well. ZX especially has the sort of tunes that have you bobbing your head while listening to them. Tracks like “Green Grass Gradation”, and “Sky High” are a couple of my favorites, catchy in the best tradition of Mega Man. You can listen to the full soundtracks for every game in Mega Man Zero/ZX Legacy Collection via the in-game Music Player.

Of course, the biggest change is probably how these two entries play like a blend of Mega Man and Metroid. It works better than I expected, though this change doesn’t come without some issues. ZX is badly in need of a working map. It does have something map-ish, but it doesn’t seem to correspond to anything. For example, you might move left on the screen, but the “map” will show you went right. It’s poorly done, beyond doubt. Thus, this will be a game I’ll end up beating with a walkthrough nearby. Yep, it’s that promising that I’ll resign myself to playing Mega Man with a guide.

ZX Advent retains the vivid colors of its predecessor while improving on its shortcomings, namely the map. Thus, it is my favorite of the six games in this collection. The transformations remind me of Mega Man 6 to some degree but greatly expanded to influence the gameplay in fresh ways. It also manifests an Inti Creates development team that is no longer going overboard in difficulty. Dashing and wall jumping is as fun as ever, and the exploration elements give a great sense of accomplishment as you progress!

While I can’t give Mega Man Zero/ZX Legacy Collection a broad recommendation above the Mega Man Legacy Collection 1 and 2, I can still put in a favorable mention. Zero 3, and the two ZX games – Advent especially – are the top picks in this compilation, all with optional adjustments to better reflect modern gaming sensibilities.

While I can’t give Mega Man Zero/ZX Legacy Collection a broad recommendation above the Mega Man Legacy Collection 1 and 2, I can still put in a favorable mention. Zero 3, and the two ZX games – Advent especially – are the top picks in this compilation, all with optional adjustments to better reflect modern gaming sensibilities.