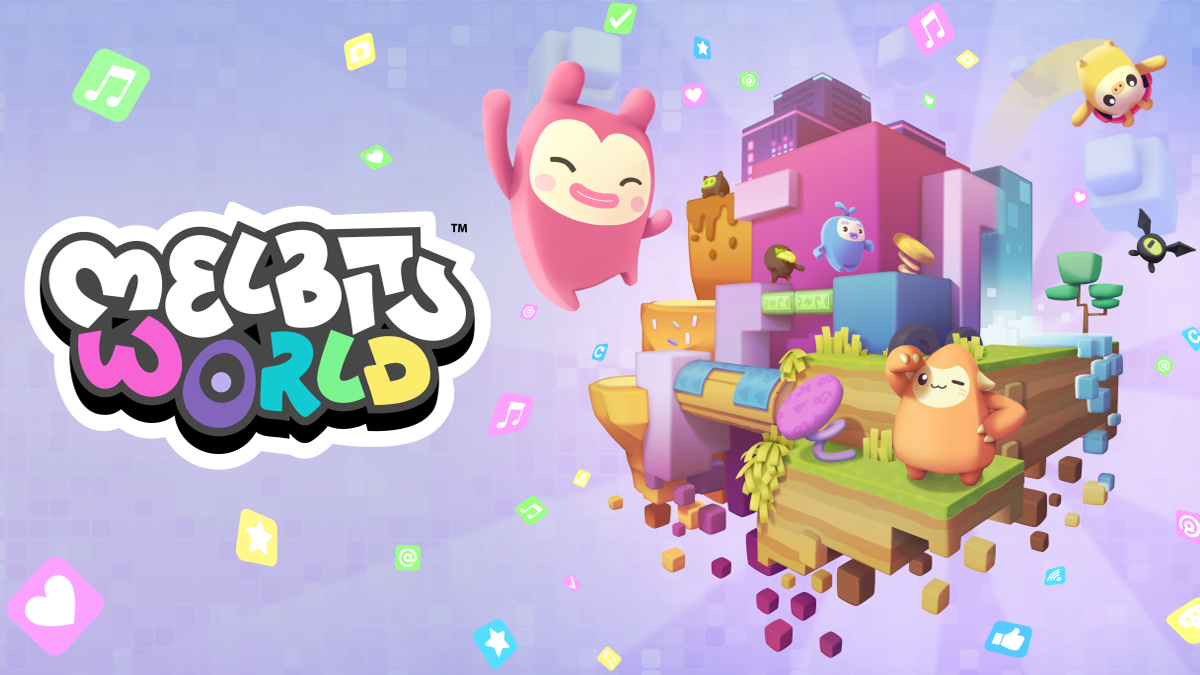 Playing cooperatively with friends is an essential part of what makes video games as special as they are. Whether you’re gathering a raiding party in the various MMOs or competing in shooters or sports titles, coming together to game is like nothing else. With that being said, there is such a diverse group of experiences out there that bring people together, and Melbits World might very well be the cutest of the bunch. As a multiplayer-only, puzzle-platformer, Melbits World has you gathering up to four friends in order to lead the adorable Melbits to the exit tube of each level. Featuring gameplay and a setting similar to an endless-running Captain Toad: Treasure Tracker with Pushmo-esque coloration, cuteness, and puzzle manipulation, Melbits World culminates in a couch co-op title that builds teamwork but lacks the excitement and depth necessary to keep you trotting along for long.

Moving around on floating islands in the sky, the Melbits enter and exit through a tube, but it is up to you to manipulate the world in order to get them to the next stage. Once on the island, the Melbits begin walking forward and don’t stop until they have made it to the conclusion. So, you must move colored blocks in, out, and around in order to make a path, give them a helping hand, or block off baddies. Each set of colors is handled by a different member of your team of players. Adding in more players makes the experience easier to control but harder to coordinate when communicating next to each other in your living room. Nothing here is trying to fool you, as the puzzles involved are simply moving obstacles around to allow your Melbits to continue forward. Successfully completing each level within the time allotment, however, can get hard depending on who you’re playing with and if you get yourself into a logjam bind as the Melbits bounce off each other and walls.

Beyond getting from point A to point B, you also have some items to gather up in order to maximize your final score and completion of each stage. Seeds are scattered about the level and must be walked into by one of your Melbits in order to check that objective box. Also, presents can be found and picked up by your Melbits, which are carried along and through the exit pipe. Although adding on some additional incentives, there isn’t a lot to work with here outside of the basic gameplay loop, which in and of itself is a bit bland unless you’re working with a group that is either really into it or one that makes the experience more fun through shenanigans.

These collectible cuties made me feel things I haven’t felt since amassing too many Beanie Babies in the ‘90s. Each member of this huggable cast can be earned through progression and added into your assemblage to be used in the gameplay sections. There’s no difference between them beyond looks, but still I felt the urge to push through to gain as many of them as possible. Pairing this with a cosmetics system that allows you to make your little Melbits even cuter means this is the most harrowing of experiences for those that can’t help but give in to puppy dog eyes and cute cat videos.

Melbits World offers some couch co-op puzzling that I can easily recommend for families or groups looking for an experience that isn’t that taxing. Losing out on any single player functionality is a huge bummer, as I would have loved to be able to play through this all solo as well, even if it would be a good bit tougher. The adorable characters and colorful environments spew charm, but the slow-paced, uninteresting gameplay can, at times, be too much of a bore for it to be something I could see sinking lots of time into. Lack of depth or reason to come back to old levels hurts as well. But despite all the negatives, there is enough appeal, quality, and addictive mechanics to allow for an equal amount of positivity.

Melbits World is, by far, one of the cutest puzzle-platformers you will play through. Utilizing that charm, cuteness, and design, this title offers something I could see families playing through together, but the lack of single player and replayability hurt the overall package.