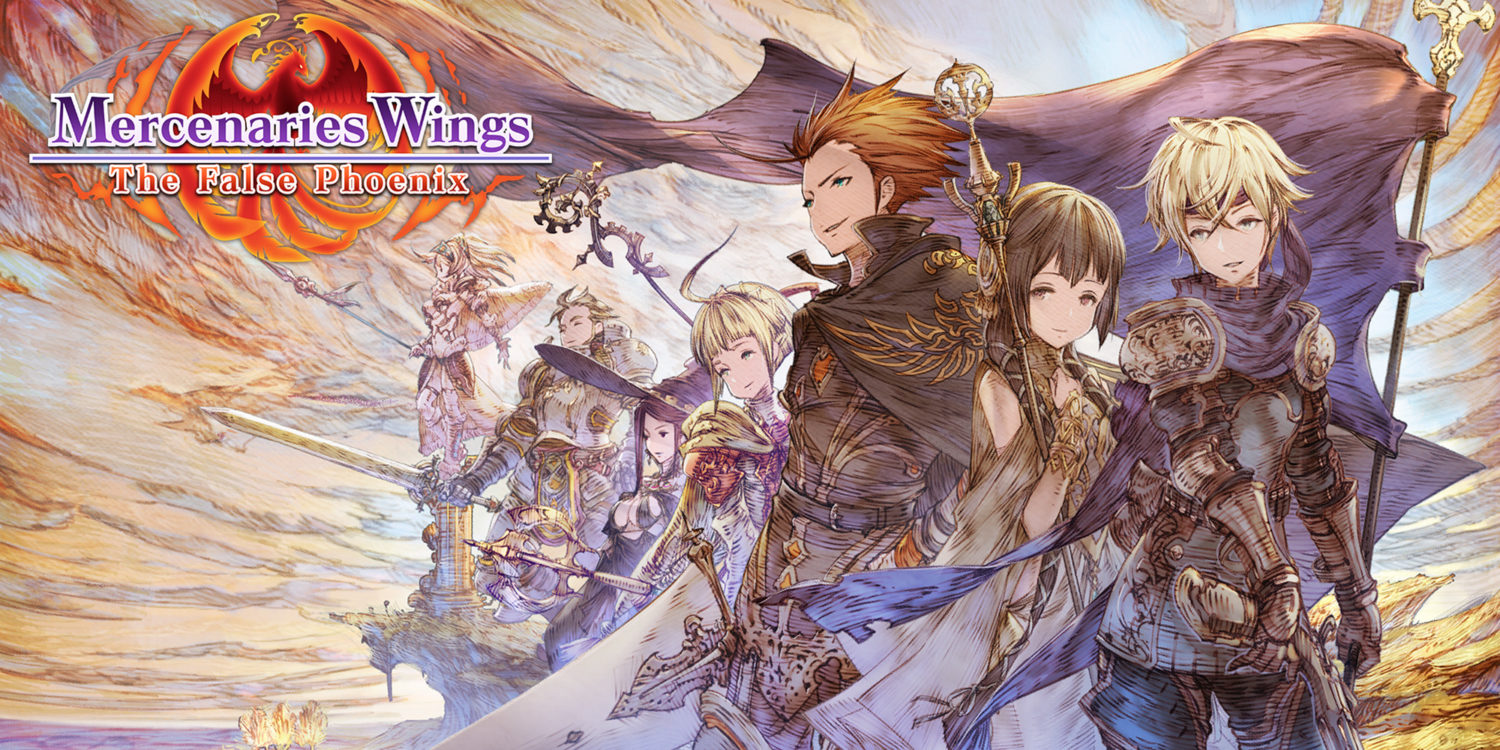 Mercenaries Wings: The False Phoenix seeks to fill that Final Fantasy Tactics-shaped hole in the Switch library. With a medieval fantasy setting, class system and grid-based combat, the game does a pretty decent job of it too. Unfortunately it never quite reaches the level the games that inspire it.

Each level sees players moving their units a set amount of spaces per turn, methodically eliminating foes with attacks, skills, and items. After moving, the player can set which direction the character is facing. This is important because attacking an enemy while behind them, or being attacked by a foe behind you, does extra damage. It’s all relatively standard, but it works.

The story and world of Mercenaries Wings are dully generic. It centers around a group of mercenaries performing jobs for a king in a fantasy kingdom. The presentation takes a few pages from Tactics Ogre and Final Fantasy Tactics, but it doesn’t do anything to differentiate itself from those titles and comes off feeling cheaper because of it.  Characters are mostly one-dimensional and exist primarily as archetypes, using familiar tropes such as “devil-may-care swordsman” and “lusty sorceress” without doing anything to set those characters apart or developing them.

Before the start of each chapter, players are asked to choose which units to deploy on the field and where. The first unit selected will be set as the leader, meaning that their leader skill will activate. Leader skills are passive abilities which vary per character. Such skills include increasing every allies movement by one while reducing stats by 10%, or buffing an ally’s stats by 15% when under the effect of a status ailment. It’s a little touch that adds an extra layer of planning.

Every character has an assigned class and can promote to various classes after reaching a certain level. Classes determine which weapons those characters can use. For example, Cecil, a gunner, can use ranged weapons such as bows and pistols. Meanwhile, Jeremy, a fighter, can equip long blades and spears.

Additionally, classes determine which skills characters will learn. Anemone, a mage, learns fire and lightning magic while Francis, a cleric, learns healing and physical abilities. Skills can be upgraded and unlocked by spending SP, which is acquired as characters gain experience in battle. The free battle option allows players to grind for levels and SP if they find themselves at a disadvantage proceeding to the next chapter.

The game’s weakest point is its presentation. The character portraits are drawn by Kazama Raita of Xenoblade Chronicles fame, and they’re quite lovely. The in-game sprites, on the other hand, look like pallet swaps of sprites just about every other strategy RPG that’s ever existed. What’s more is the animation is choppy. As you scroll across the map, it hops inch by inch, which can be distracting.

Mercenaries Wings: The False Phoenix is good, but it falls short of being great. The gameplay is tried and true but doesn’t do a lot to build upon the strategy RPG genre. The story and setting exist just to get you from encounter to encounter.

Mercenaries Wings: The False Phoenix is good, but it falls short of being great. Still, it’s a perfectly serviceable title sure to scratch the itch for those waiting for another Final Fantasy Tactics.