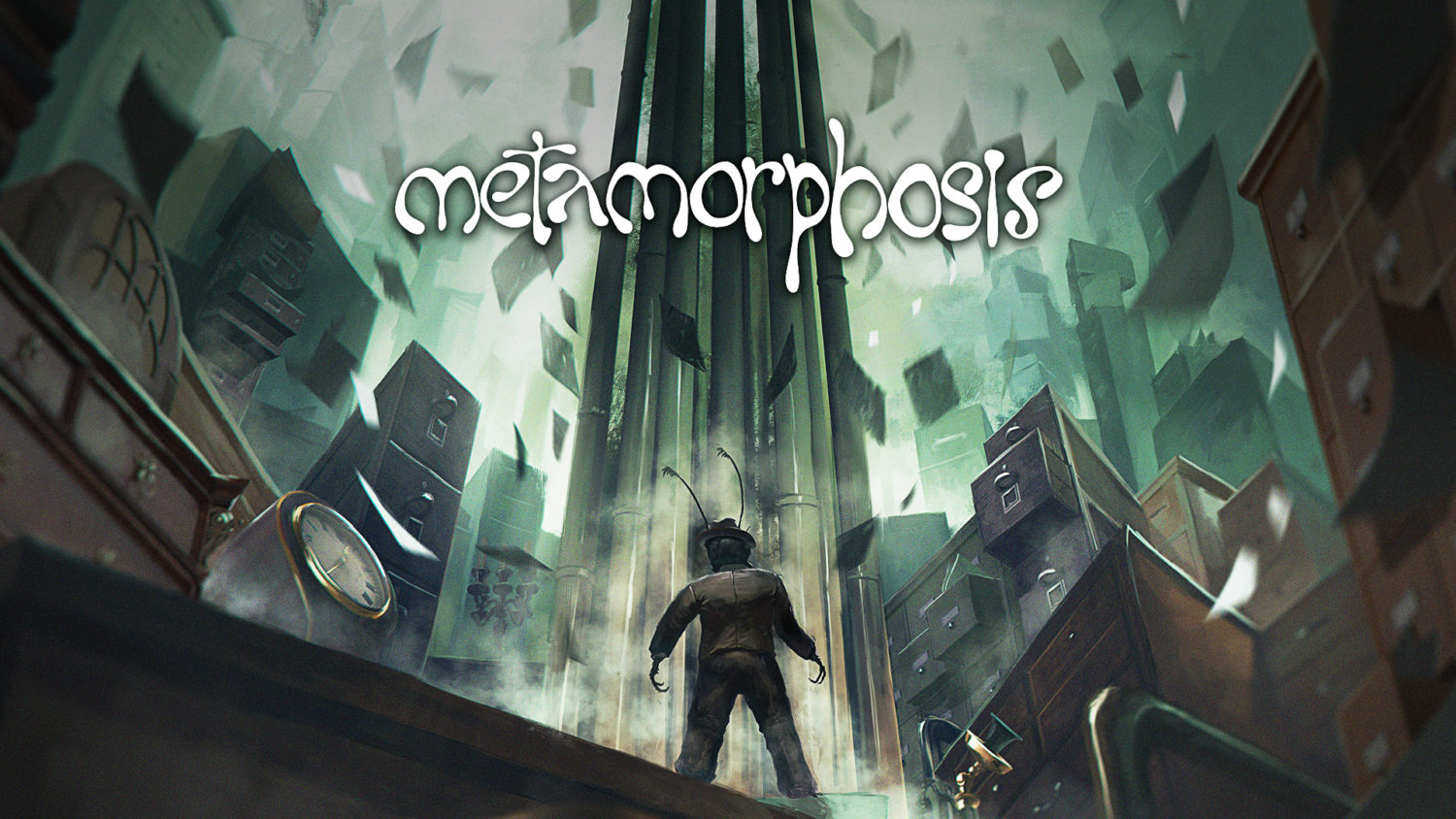 Have you ever had the suspicious feeling your room has been bugged? It may not just be a conspiracy theory, it could be you are the bug. No, really; in Metamorphosis, you transform into a bug. Not the best start to your day, but it could be worse.

Metamorphosis is a first-person adventure in which you are Gregor, a salesman who wakes up at your friend’s house only to find yourself turning into some kind of insect. If this sounds familiar, the literary buffs will tell you this is based on a work by Kafka. The game does not retell the story as written by Kafka, but its major elements are used to make an interesting game adventuring through the surreal. 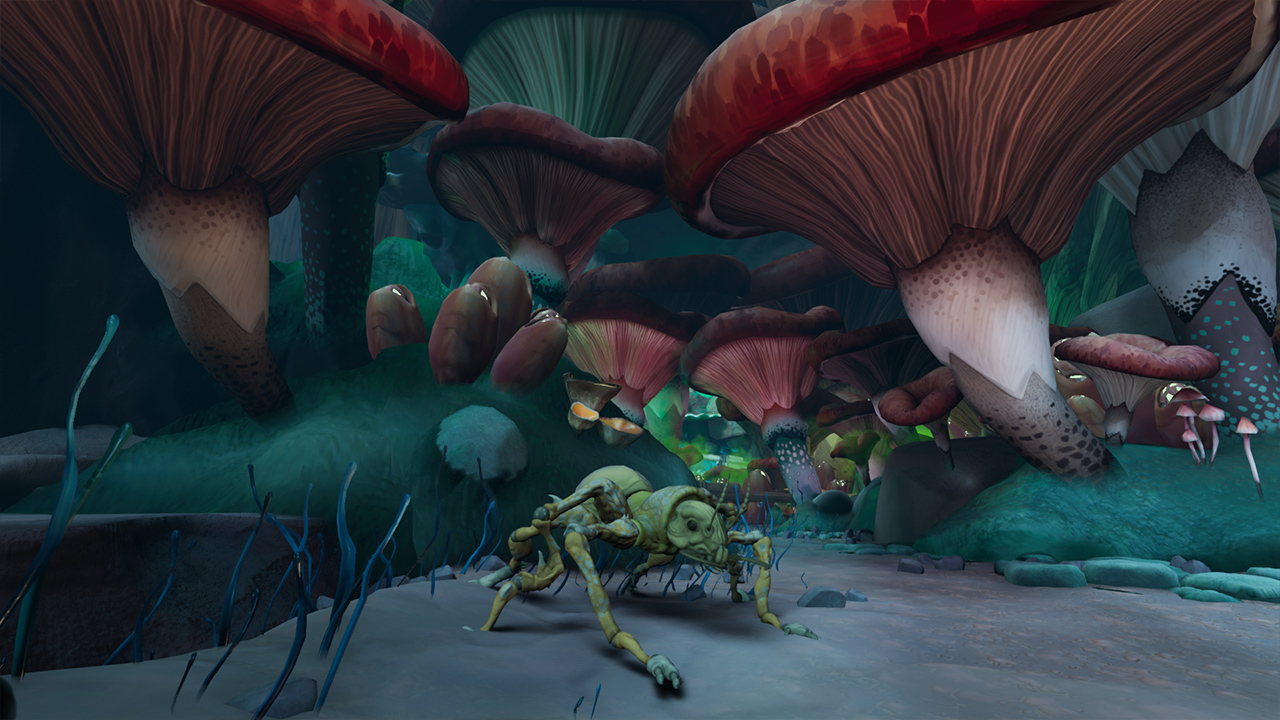 If you check the controls before you start the game (per usual, use the + key) you will find control buttons identified. At the beginning of the game, however, you can’t use all of them. Since you are an insect, and there is a button for climb, you might reasonably assume you can climb things. Not so fast, space cowboy. Before you can climb a vertical surface, you need to find something sticky to get all over your…well, um, let’s just still call them “feet”. If you crawl through a spot of glue or ink you can get enough on your feet to allow you to climb. It won’t last forever, however, so be careful where you climb; any fall from more than what would appear to be about one foot in human scale means you die. The game doesn’t back you up very far when you respawn, so it’s not a huge deal.

As far as the appearance of the game, it’s a journey into the surreal. The pictures in the hallway seem to shift and change as you walk by. 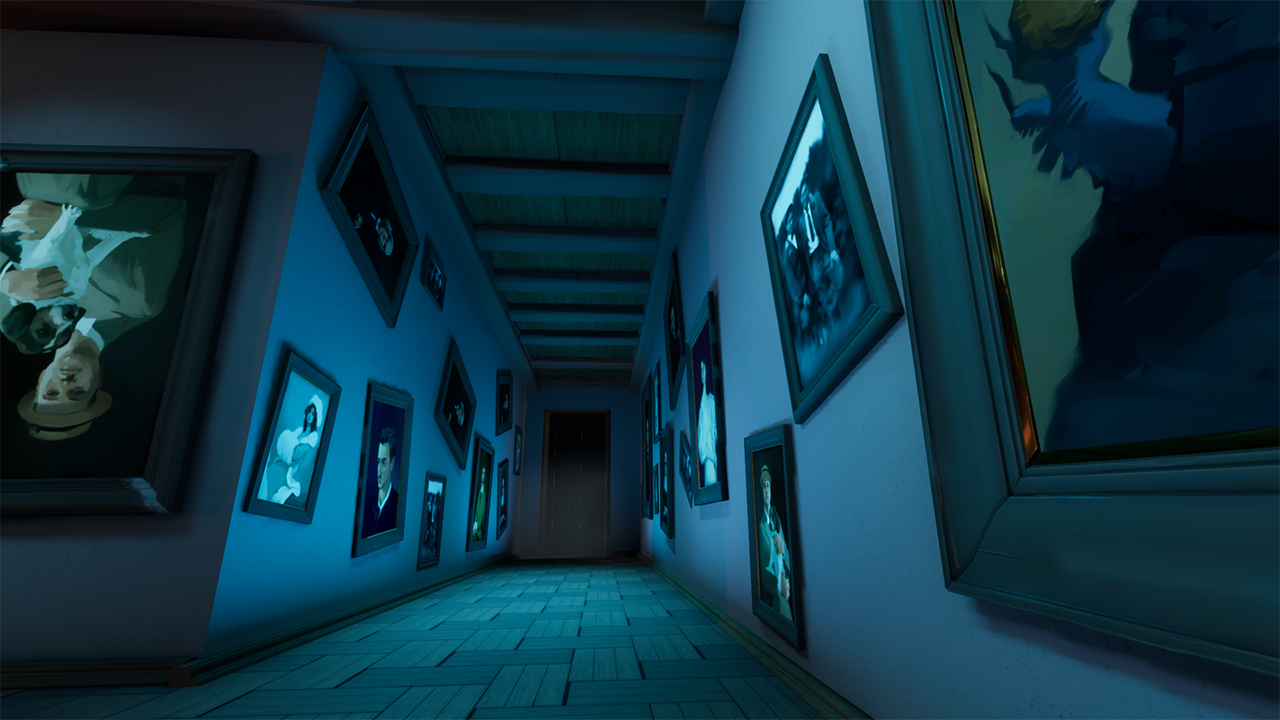 As you read a document, you seem to sink into the page and become part of it. But under it, your mind gets really bent. You may feel disoriented as the scale of things change, but you may also feel a little queasy. The way the camera moves in combination with the way you crawl in and out of the scaled world may produce some unpleasant head-spin.

One disappointing aspect of the visuals is that some of the large objects and the humans in the game are not rendered in the smoothest fashion. Some things look a little flat or angular when there’s enough room for a smoother look.

While the story is intriguing and the surrealism mildly entertaining, there is a lack of engagement with any of the humans in the story. They are just there to advance certain plot elements. While it is nice that the NPCs and the story wait for you to get to the next necessary step, there is little interaction and plenty of awkward waiting. 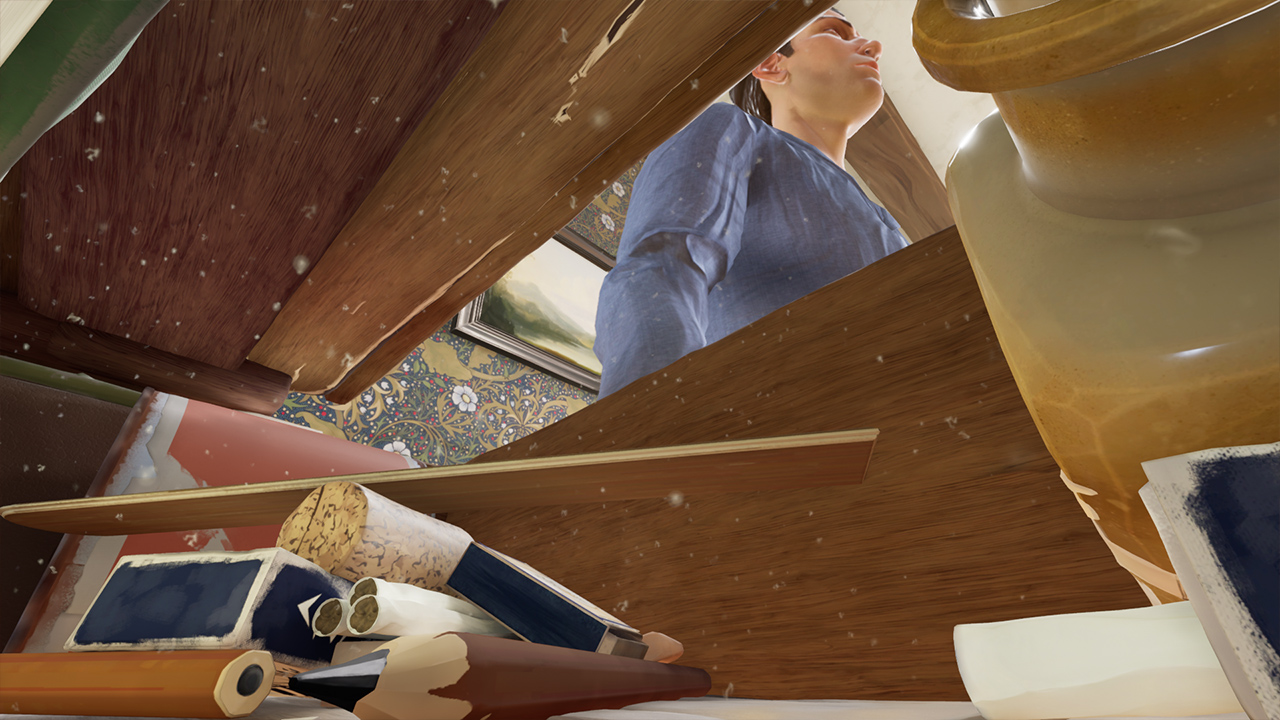 As for your goals, you need to navigate a human world as a bug. This is plenty challenging. The game provides small puzzles, but they are not sophisticated and usually just involve stumbling on the right widget to use or spot to explore. As you progress through the world, you hear the voice of “someone” who urges you to join “Tower” so you can get a job with the rest of the bugs. It isn’t exactly where you wanted your career to take you, but you are left with few options. The world and all this may seem a bit overwhelming and leave you feeling a bit helpless as the main character, but that is part of the point of the game; you are a bug stuck in a human world. Physical barriers and bureaucracy will get you down and keep you down. 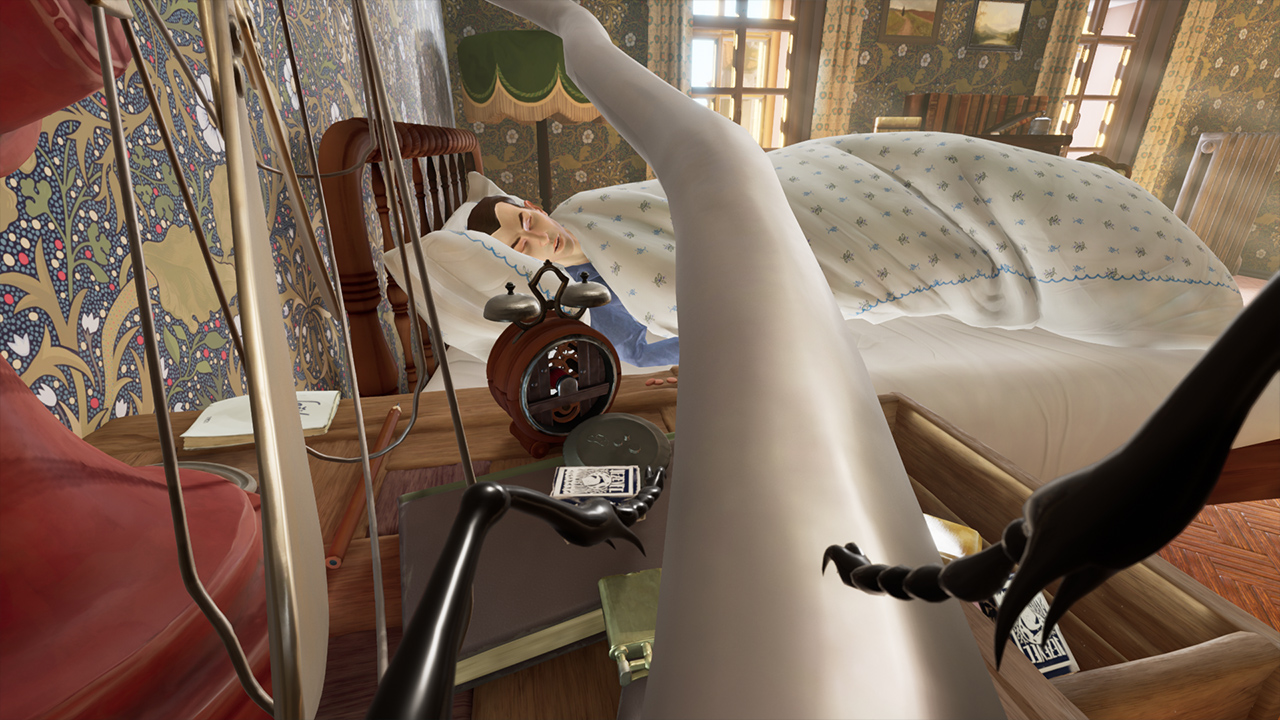 Gameplay is fairly easy; most of the action involves moving around with an occasional jump, some running, and some climbing. The trick is finding the right path to get to where you need to be. The game doesn’t provide much in the way of hints, either, so you are mostly on your own. You do get an overview (button A) to see where you have been recently. This can be helpful since it is basically looking down from above the maze.

If you have the patience to keep crawling through the game, it can be very interesting to experience the world from a new perspective. Otherwise, the game is based on an interesting and thought-provoking story without being quite as interesting or satisfying in its own right.

Metamorphosis is a good puzzle/adventure game with some platformer elements, but it fails to take the experience quite as far as it could. If you are into the surreal, consider it a solid option for a little creative time-wasting on your Nintendo Switch.

Nintendo Switch All in! Games metamorphosis
Submit a Comment