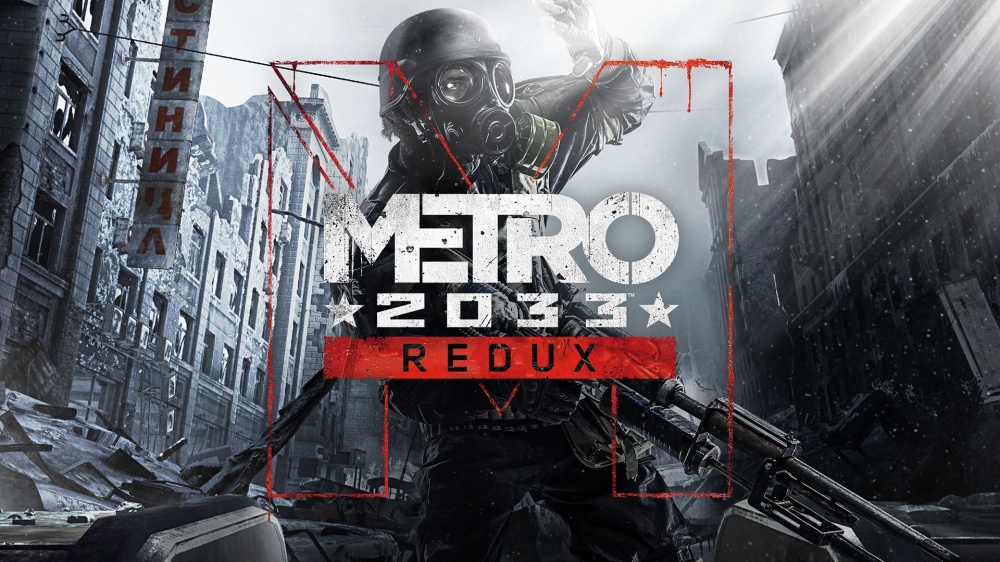 Nintendo fans that have missed out on the Metro franchise can finally catch up on this unique, first-person shooter (FPS). Some shooters go for a more run-and-gun approach while Metro 2033 and its sequels fall into a more methodical style of FPS. The Half-Life series is probably a better comparison to the type of experience you’ll see in the Metro games. Well, get your gas masks on and let’s get ready to descend into the Moscow metro. 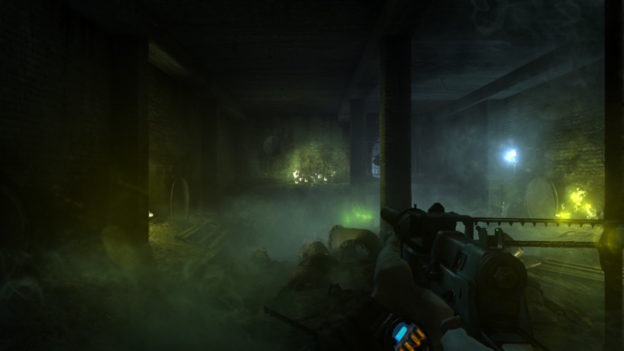 Most first-person shooters are very light on story. Metro 2033, on the other hand, is based on a series of novels by Dmitry Glukhovsky. The game features narration as you progress through each chapter so you’ll be treated to more story depth than a typical FPS. Players will take control of Artyom as they explore the metro system as well as the frozen remnants of the world above ground. 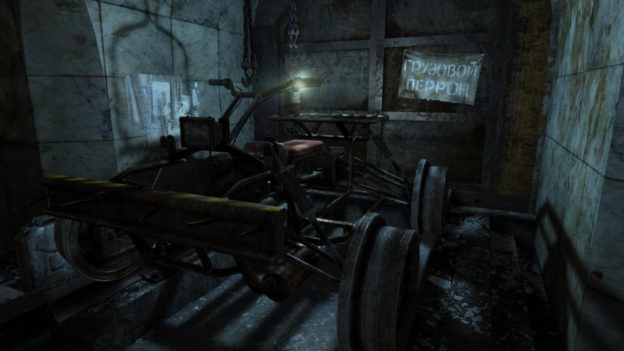 When the game was originally released, it would’ve been more of a first-person survival horror game. Ammo was extremely limited and dangers lurked around every corner. With this Redux edition, the developers have now included a new ‘Spartan’ gameplay mode that is more action-oriented. I found myself trying both modes but ultimately decided on playing in the ‘Spartan’ mode. While I’ve played the Half-Life series, more fast-paced games like Quake and others like it are more my speed. It’s great that players can now choose their style even in the original Metro game. 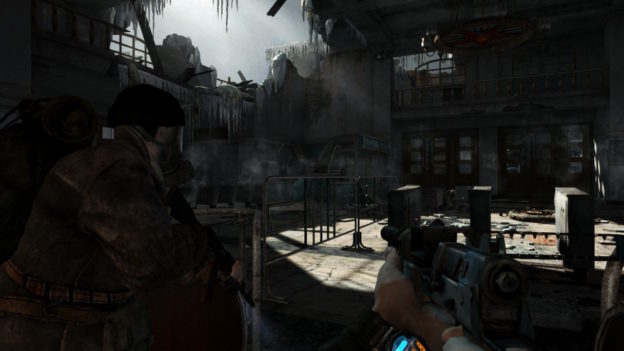 Just because players choose a more action-oriented approach, doesn’t mean they’ll miss out on the other elements that make Metro 2033 unique. Whenever you encounter a “hot zone” (high amounts of radioactivity), you’ll still be required to don your gas mask. Players can wipe their gas mask off from various debris and other gunk and they’ll need to make sure to swap filters if they’ve been wearing one for too long. Flashlights, lighters, and a plethora of other items make for a rich array of options. Guns are your primary weapons and feature great reload animations and each have a unique feel. Weapons can be customized as well so be sure to save up plenty of military-grade ammunition, the game’s currency, for when you’re back in a safe area. 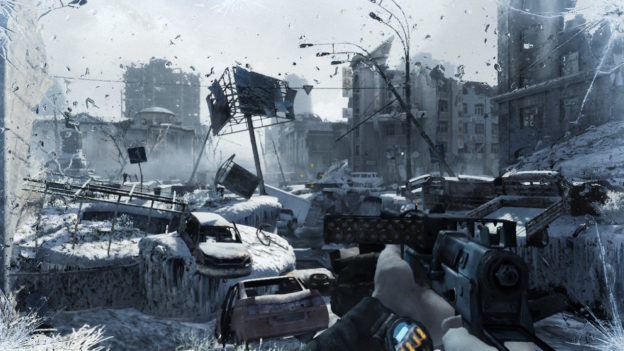 Visually, Metro 2033 looks pretty solid. It won’t win any awards for best looking Switch game but it’s decent. The lighting and effects that show up on your gas mask are probably the highlights. The developers mention that the game runs at 1080p and 30 frames per second in docked mode while 720p / 30fps in handheld mode. I didn’t experience any slowdown issues in my time, but you can definitely tell some other sacrifices to ensure this performance. That’s not a slight on the game as performance is more important to me than visual fidelity, but it’s something to be aware of before jumping into the game. Unfortunately, I didn’t notice much in the way of Switch-specific features. There is no gyro aiming and the rumble support seemed pretty basic. It didn’t seem like it was taking full advantage of the Switch’s HD Rumble feature. 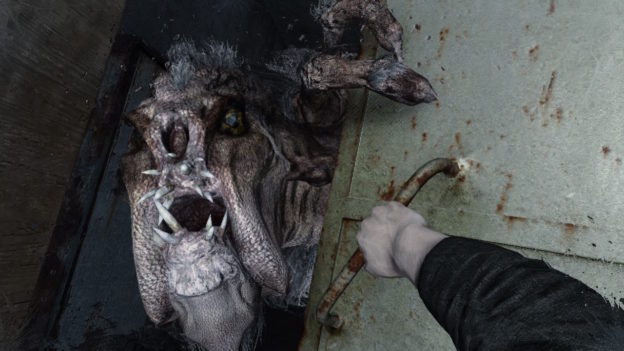 While certainly an interesting game, Metro 2033 won’t be for every first-person shooter fan. However, if you enjoy a more thought provoking, story-driven adventure you’ll most likely enjoy yourself. With all of the game’s DLC included, there’s a good amount of content to keep you busy.

While certainly an interesting game, Metro 2033 won’t be for every first-person shooter fan. However, if you enjoy a more thought provoking, story-driven adventure you’ll most likely enjoy yourself. With all of the game’s DLC included, there’s a good amount of content to keep you busy.