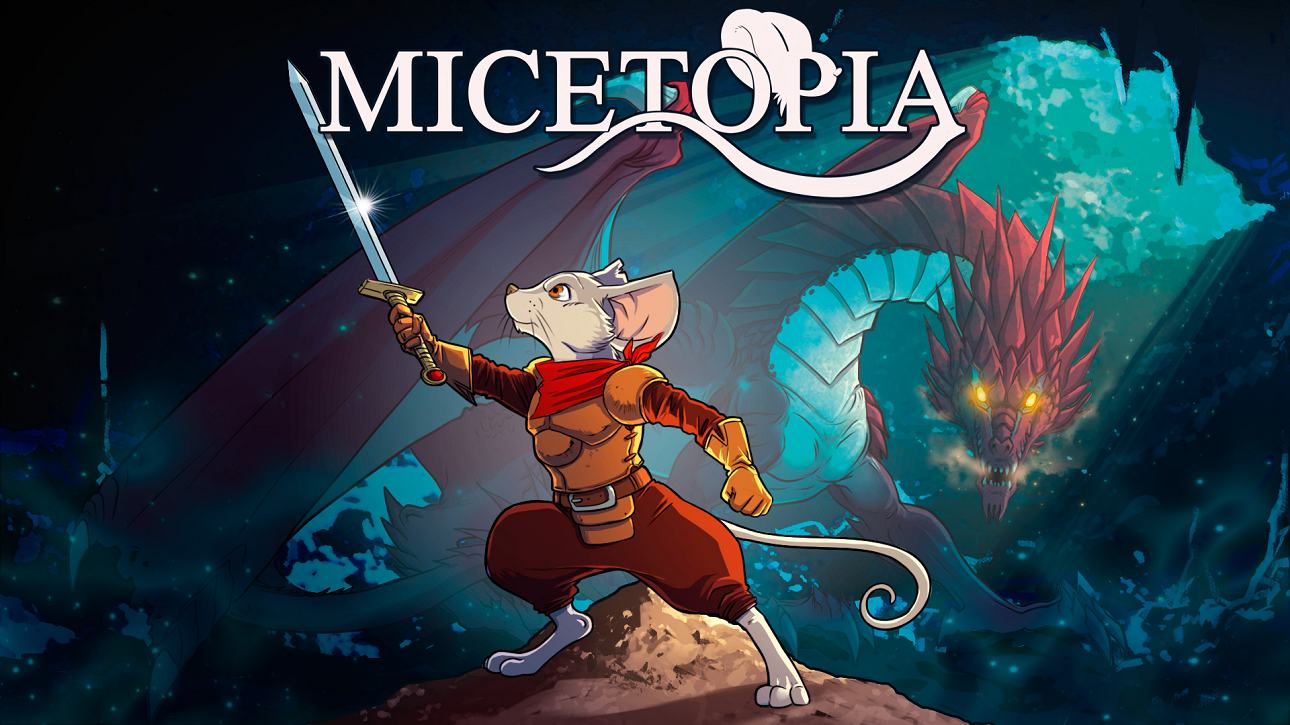 The plot starts with a village elder informing you that everyone was taken to the caves and needs saving. Later you’ll find out there’s a green disease infecting and spreading. This story is well enough for a game driven by exploration and platforming.

Micetopia does several things right compared to other “Metroidvania’s” published by Ratalaika. It doesn’t suffer from one-hit-fails, has a great, useful map, optional hidden extras, good music, and controls generally well. But there are a few key areas where some of its decisions don’t seem entirely thought out,  that negatively impact enjoyment.

For instance, some backtracking is the status quo for games like this. But Micetopia teases a solution, only to not fully realize it. While several portals can quickly take you back to the village, there’s only one to return. Each portal replaces the current. So while this was a good idea, it ended up being executed in a subpar fashion.

Upgrades are another area that reflects some curious thinking. While these are smart additions on paper, the upgrade costs are pretty ridiculous. Hundreds of green stones (acting like currency) are needed, yet you only acquire them one or two at a time. Unfortunately, the developer got carried away with the grind aspect, and I suspect it was to pad the game out.

As I mentioned at the start, Micetopia has attractive pixel art. The village and forest fare best, as they are bright and colorful. The caves, where you’ll spend much of the game, are much darker. The enemies suffice, and some are easy to avoid; this is good, as the collision detection could use some work. One enemy blends into the background scenery, making for a cheap hit.

I’m not familiar with Ninja Rabbit Studio. But it’s a shame to see their game that I thought I’d recommend wind up being a subpar affair. This exploration platformer pulls off the essentials, but the amount of time spent backtracking and grinding for upgrades feels much more wasteful rather than satisfying. Micetopia wound up slightly disappointing, but I’ve seen enough positives that I have some optimism for the studio’s next release.

This exploration platformer pulls off the essentials, but the amount of time spent backtracking and grinding for upgrades feels much more wasteful rather than satisfying. Micetopia wound up slightly disappointing, but I’ve seen enough positives that I have some optimism for the studio’s next release.