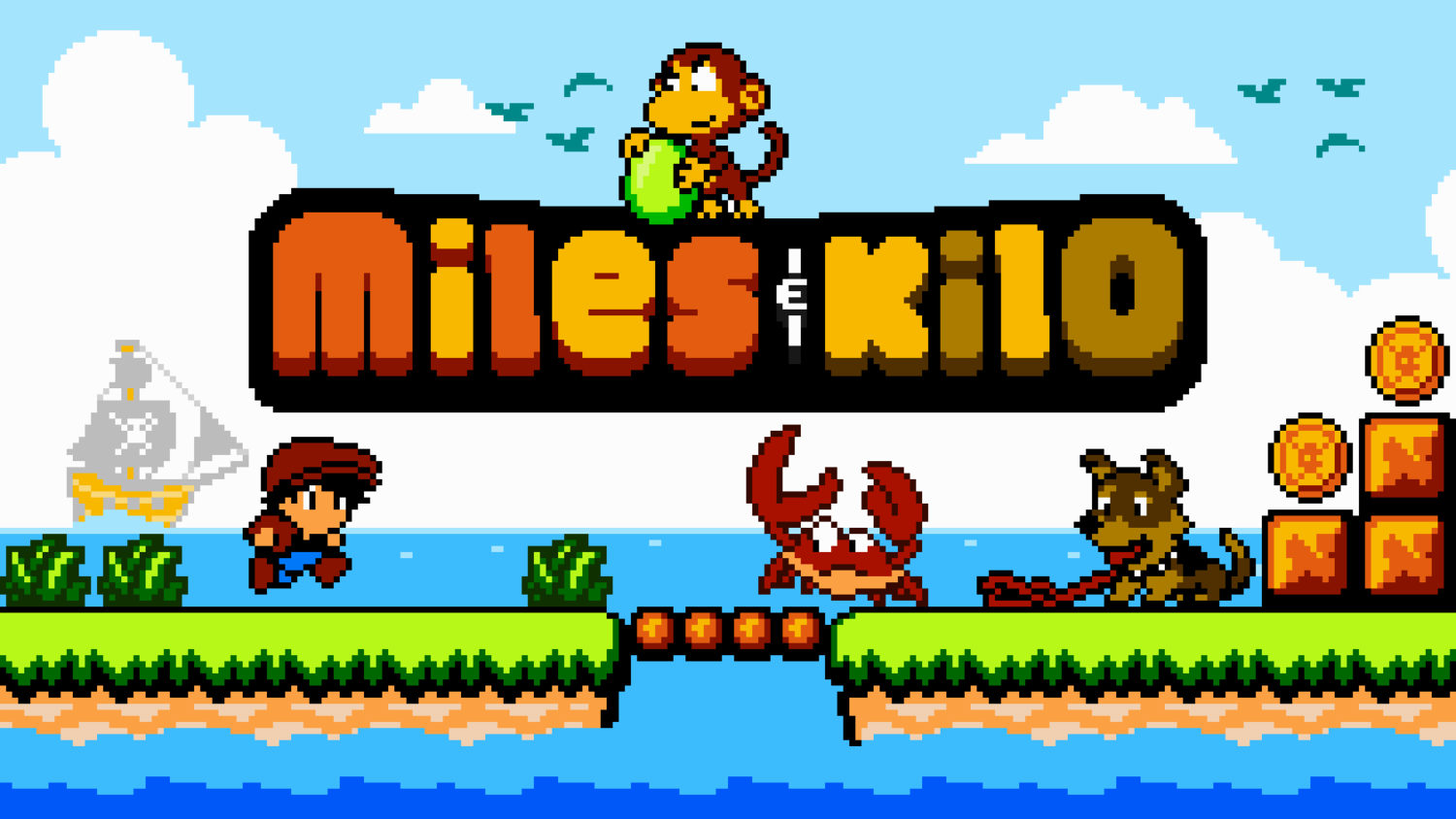 A fun journey no matter how you measure it.

Miles & Kilo was originally released for mobile devices in 2017. It hit the Switch in 2018, and now can be played in glorious 3D! And you know what? I’m fine with that. If developers want to take their NES-inspired mobile games and port them to an actual Nintendo device, they yeah, I’m fine with that. Especially if that device is the Nintendo 3DS, which itself is starting to feel like a retro device.

It helps that the 3D implementation adds to the game’s retro charm, and Miles & Kilo is all about the retro charm. The graphics are a spot-on homage to its 8-bit forebearers, as are the chiptune music and sound effects. 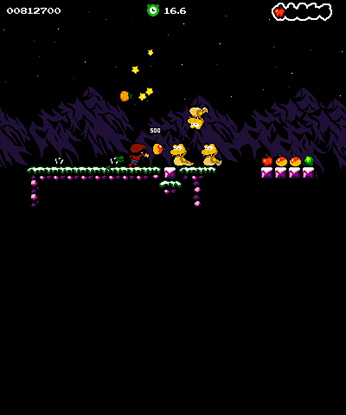 The story is, too; Miles and Kilo are flying over a haunted island when an evil ghost appears and causes their plane to crash. Said ghost then has the nerve to steal the plane’s parts and scatter them over the island. You couldn’t ask for a better setup for 36 levels of platforming fun.

This being a single-player affair, you’ll control Miles and Kilo at the same time. Miles plays like your standard Mario character. He can throw fruit just like Mario can throw fireballs, but he can only carry up to five at a time. Switching to Kilo activates more speed and longer jumps, including the ability to hone in on enemies with a targeted attack. Remind you of anyone else? Kilo, however, also moves at his own pace. He never slows down or stops (gotta go fast, someone once taught him), so playing as him creates a rather difficult experience. 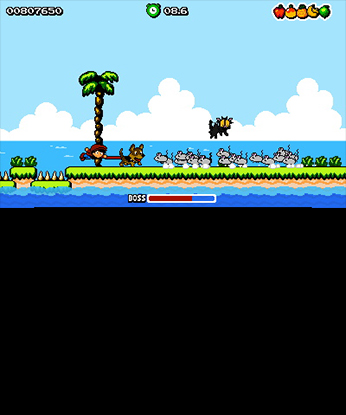 That difficulty is something to consider. Although most of the game feels fair, there are certain points where the difficulty spike is a bit annoying. “I’m done with this” type of annoying. It doesn’t help that a few of the built-in moves require hitting the action buttons in quick succession that I found difficult to pull off on the 3DS. It could be that my system is just too old and the buttons have become unresponsive, or maybe I’m just old and my fingers have become unresponsive. Either way, there was a training segment early in the game that gave me such difficulty I tried to find an online guide to make sure I was even doing it right.

Once I got past all of that, however, I had a good deal of fun with Miles & Kilo. The pacing is quick, the levels are diverse, and the tone is upbeat. More importantly, the gameplay is unique enough to make platformer fans feel like they’re doing more than just trudging through another rehash. And once you play through all 36 levels (with five boss fights), achievements, level rankings, and the game’s time attack mode will keep completionists coming back. 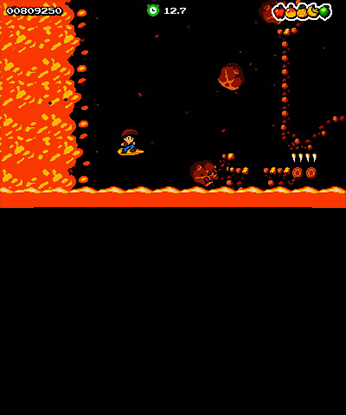 The question is whether you should get it on the 3DS. Miles & Kilo is also available for the Switch (on sale for $3.99 at press time), as well as on most mobile devices ($2.99), as mentioned earlier. Personally, I think the smaller screen and the game’s nice use of 3D make the 3DS a natural home for Miles & Kilo. Don’t bother digging your old unit t of storage, but it’s definitely worth the $7.99 price if your 3DS just needs a light dusting to get it going again.

As a throwback to 8-bit platformers, Miles & Kilo works better than most. It also works as a legitimate reason to fire up your old Nintendo 3DS and remember how much fun action/arcade games were—and how cool that 3D effect was—the first time you played it.