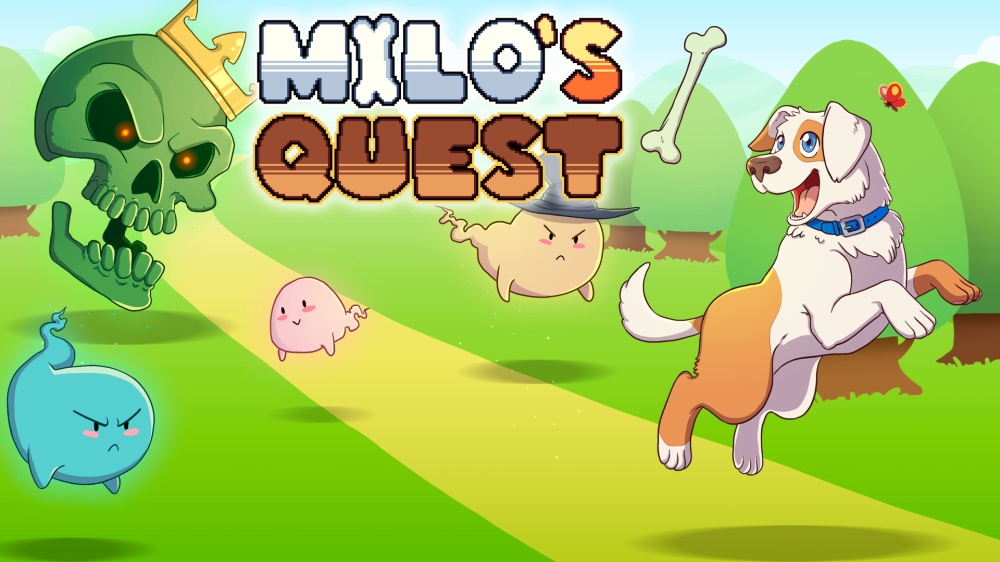 Milo’s Quest is an adventure-arcade game developed by lightUp and published by the busy team at Ratalaika Games. At first glance, it’s reminiscent of a simple version of the original Zelda title for the NES – if the protagonist was a puppy.

Yes, in Milo’s Quest you assume the role of a dog named Milo, who embarks (get it?) on a quest to stop an evil skull and his ghostly minions from ruining the world. The game features a top-down view of maze-like areas. Each screen is filled with puzzles and enemies that you’ll need to solve and defeat in order to progress. 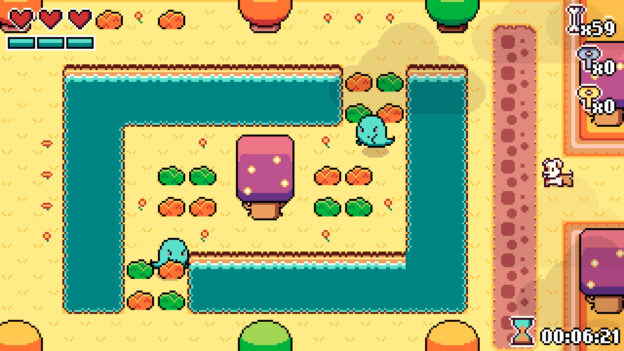 Instead of coins (or Rupees), bones serve as the in-game currency. Milo collects these by dashing through bushes or defeating enemies. They can be traded for items such as heart containers or extra stamina – meaning more dash power. You’ll also unlock helpful items along the way, like a helmet so you can dash into enemies. You can’t exactly wield a sword with those puppy paws, can you?

There’s a lot to like about this game. The graphics are a standout, using a retro 8-bit style to cement the Zelda comparison. It’s polished and vibrant, with cute sprites and scenery. You’ll also notice varying weather conditions – like rain or snow – which shake things up a little. The charming appearance suits the story of a ghost-fighting puppy perfectly. 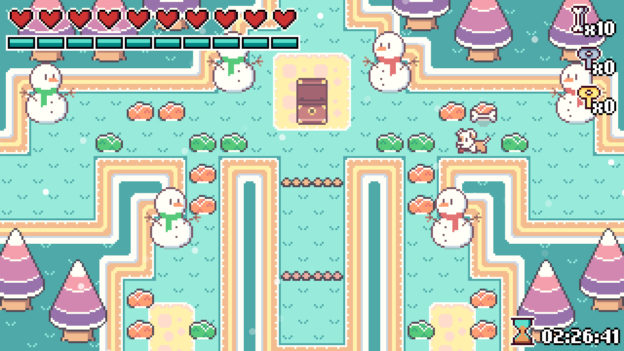 There are many options to make the game your own, from toggling music and selecting your language to difficulty settings. You can even turn the weather effects off if you prefer to live in an eternal summer. The most interesting setting, though, is the ability to choose between puzzles or enemies – or both. Yes, you can turn off puzzles if they’re too hard or time-consuming; or you can rely on your brains if you’re not into battles. It’s a nice option to have, and may suit younger players or speedrunners – there’s even an option to turn the timer on if you want to race through sans puzzles.

There’s plenty to collect along the way, including the aforementioned heart containers. There’s a handy meter that tracks your progression. It shows the numbers of deaths – yours and the enemies – plus how many puzzles you’ve solved and chests you’ve opened. It’s great for completionists. In fact, there’s enough to keep players busy for a few hours; however, it does become a little repetitive. 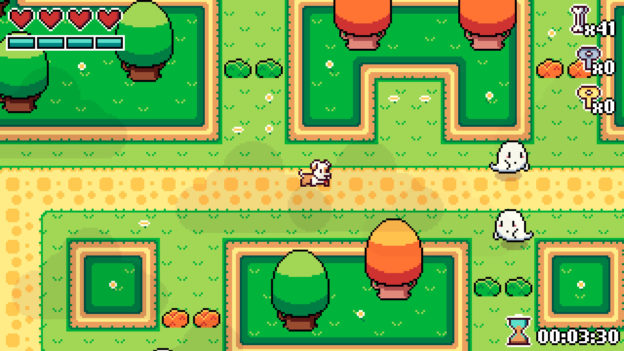 The occasional boss fight keeps things interesting, but most of the regular enemies are very similar. There are plenty of puzzles – 50 actually – though these are same-y too; every puzzle involves moving blocks onto triggers to unlock a path. They aren’t particularly hard, though some take a couple of goes to work out the order in which to move blocks. It could prove trickier for younger players. There’s also loads of exploring to do as you find your way around the world, with multiple pathways to take. It’s just a shame there’s not much variety.

Overall, Milo’s Quest is a fun budget title for the Nintendo Switch. It’s a little on the repetitive side and won’t offer much of a challenge for hardcore gamers – though there is a more difficult setting involving just one life. Still, it’s hard to resist its charm, and there are plenty of options to help customize your experience. At $4.99, it’s worth checking out. 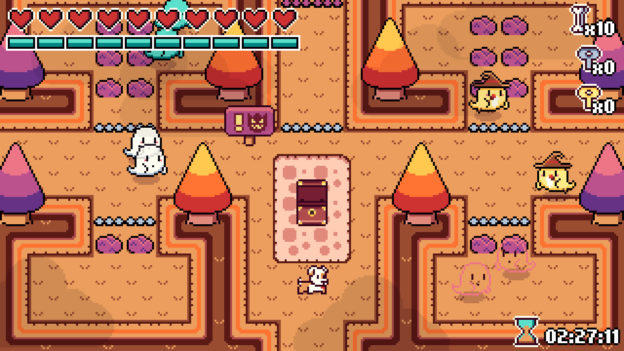 Milo’s Quest is a fun and cute game that plays like a simple RPG with a dog protagonist. There’s a lot to like for the budget price, though it does lack some variety and is over rather quickly.