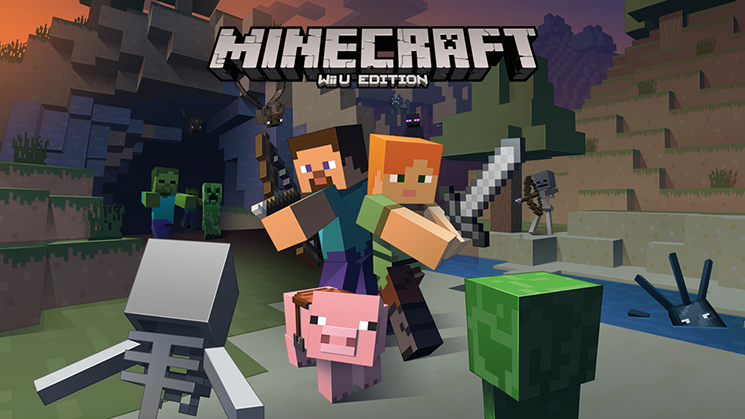 Chances are, if you haven’t heard of Minecraft, you’ve been living under a rock. While some may argue living under that rock puts you in the perfect position to grab a pickaxe and mine some valuable ore, you might just be more comfortable living in a medieval castle. Is a castle not really your thing? How about a floating island paradise? Maybe an underwater city? All of these things and more are possible for you to build in publisher Mojang’s smash hit sandbox survival game, Minecraft; and after what seems like eons, the game is finally making its way to the Wii U. 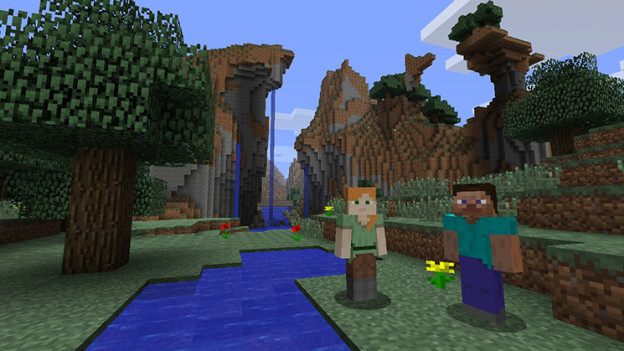 Much like its fellow brethren on those “other” consoles, the Wii U edition of Minecraft is the full version of the game, albeit not as up to date as the PC counterpart is. For those uninitiated, Minecraft is a game where you explore a vast world in search of materials that will allow you to build just about anything you can imagine. Everything that you collect has a potential use, and in addition to buildings, you can also use your gathered materials to craft items such as furniture, tools, or potions. Crafting is done automatically for you provided you have the necessary materials, but for the Minecraft purist, there is an option to use the older method of crafting where you must manually place the materials in a certain pattern on the crafting grid. 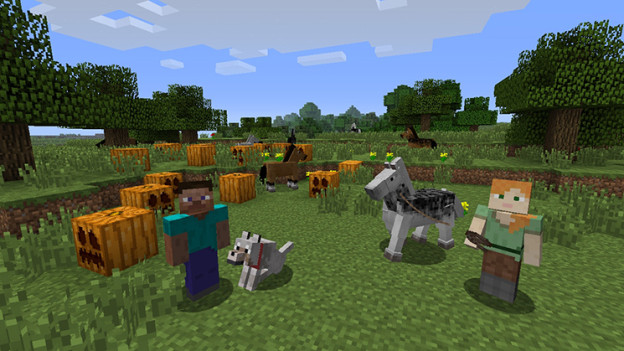 While Minecraft doesn’t have any preset goals or win conditions like a traditional game, much fun is to be had by dreaming up an elaborate house to build, and then venturing off to find materials and getting lost along the way. There are two modes to play, survival and creative mode. In survival mode, (arguably the most popular of the two) you’ll have to carve out a life for your character by using the resources around you. Players can hunt and fish to find food to fill their hunger meter up, and experience can be gained by madly swinging your weapon of choice at a monster until victory is yours. The battle mechanics may be very simple, but taking out a horde of baddies is still very rewarding, as the experience you gain can be used to enchant even stronger weapons and tools. At night is when the danger truly emerges, and it’ll be up to the player to decide whether to seek shelter or spend the night fighting zombies. It can be truly eerie to listen to the moans as zombies shuffle just outside your home, and the danger factor of nighttime zombie hordes makes the game more exciting.
For those who simply wish to build entire worlds uninterrupted, creative mode is a great alternative. Given a large variety of items to work with, each material can be used an unlimited amount of times as you seek to create the ultimate paradise. Your character also comes equipped with a handy flight mode, and this is a great way to quickly scope out your world so you can find the perfect spot to build. It’s also worth mentioning that there is a tutorial mode for you to try as well, and it’ll teach you the basics of the game so you can begin building and crafting in no time. 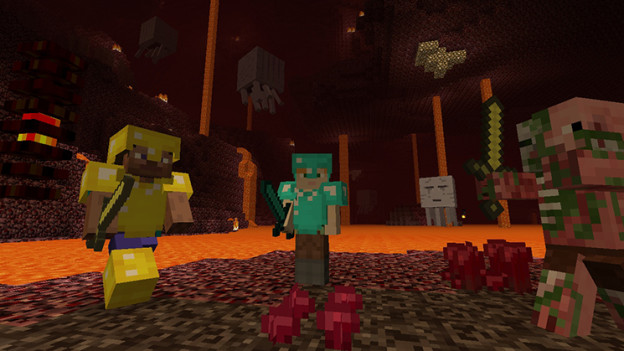 “Sure, it’s great to be able to build whatever my heart desires, but what’s the point if I can’t share my creations with my friends?” I hear you say. Luckily, Minecraft for Wii U has you covered as the game supports up to four local players via split screen if you have an HDTV, and up to eight players online. The ability to hop online with your friends to mine materials and build things together has the potential to bring you back to this game time and time again, and the fact that you can play online with the Wii U for free is a huge plus, as no paid online subscription service like Xbox live Gold, or PSN+ is needed like the Xbox One and PS4 versions of the game respectively. 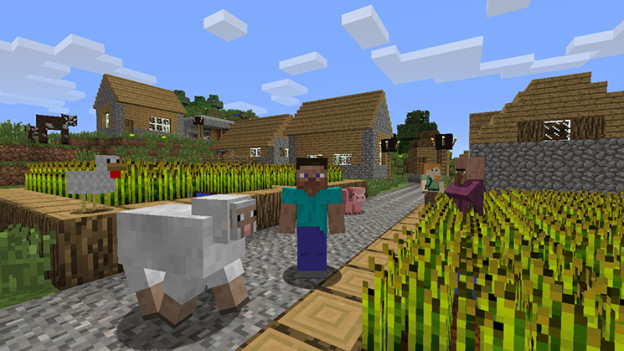 Off screen play is supported in Minecraft Wii U, and it is definitely the game’s biggest selling point. At first it may seem silly not to have your inventory management done on the touchscreen, but having the option to play on the Game Pad screen means you can continue to enjoy the game without hogging the TV from friends and family. Parents will be able to watch the news while little Johnny plays Minecraft, your jock roommate in college can watch the football game while you play comfortably from your bed. It’s a win-win situation, as Minecraft Wii U finally brings peace and balance to the living room. 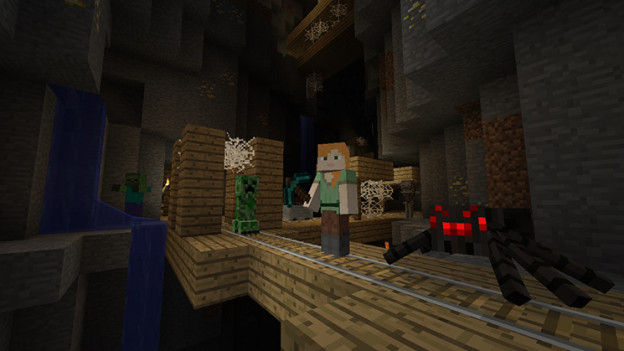 The Minecraft edition of Wii U is a great addition to the eShop that is definitely worth considering if you’re a fan of the series, or are curious to finally give the game a try. Everything you love about Minecraft is there, from the blocky art style, to the creepers with their explosive personalities. While the game will cost you $30, (that’s $10 more than the other console versions) the exclusive off TV play, free online multiplayer, and the inclusion of six free textures and skins add on packs makes the price increase justifiable. Consider that Mojang and Nintendo will be working together to create some Wii U specific content, and you’ll easily get your $30 worth out of the game in no time. If you enjoy Minecraft already or the idea of using an incredibly robust building and crafting system to make things is appealing to you, then I’d definitely consider picking this title up. If you don’t do well with games that don’t offer you any objectives or story, you may want to reconsider this title, as you might find the lack of direction in the game to be more boring than fulfilling.

The building blocks for fun

While Minecraft Wii U may be $10 more than other console versions, the inclusion of six free add on packs, off TV play to allow you to play without hogging the family TV, and online multiplayer that doesn’t require a paid subscription service makes this a great version of Minecraft to own.

Those who don’t care for unguided, non-story driven sandbox games may find the title boring though.