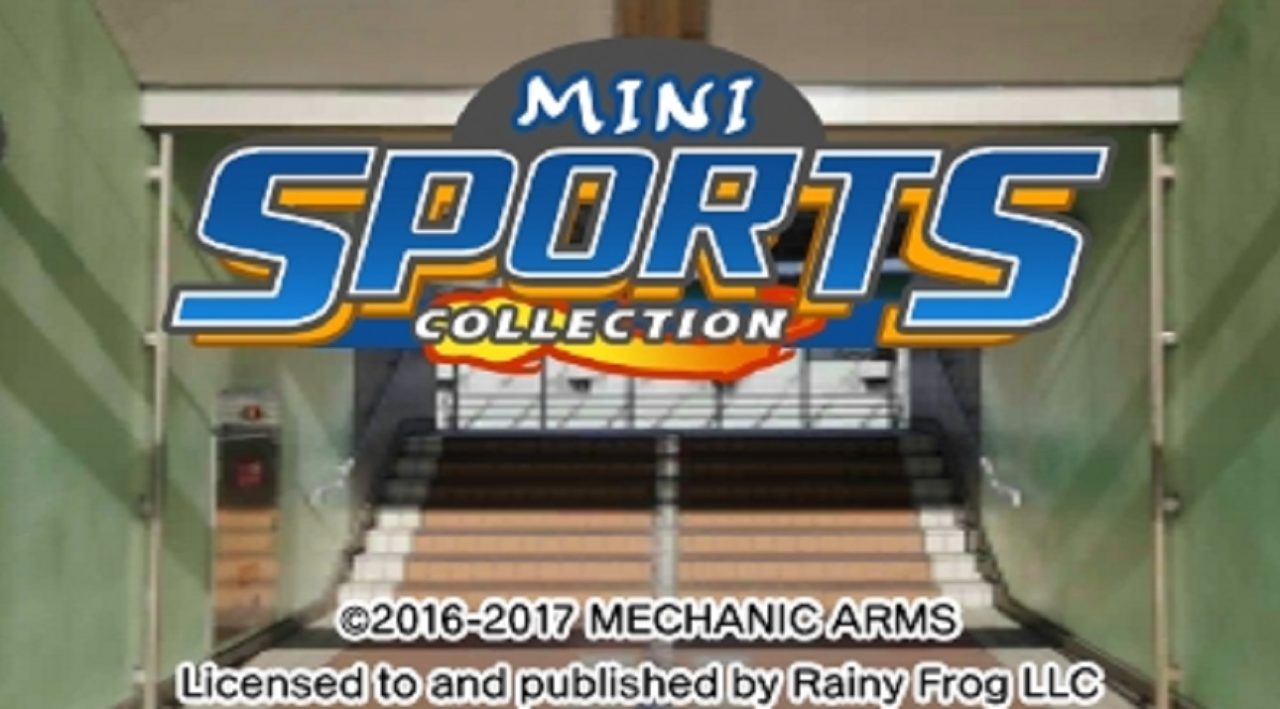 In terms of variety, Mini Sports Collection is a commendable package. With a dozen sports, it offers a diversity for a broader audience. However, in terms of actual enjoyment, I can’t help but think its audience will be much more narrow, as only a few of these offerings succeed in holding your attention.

Due to the large number of sports, I’ll just briefly touch on each one with a sentence or two. Keep in mind that these are designed around, “the fun part of each sport throwing you straight into the heart of each one!” They often don’t succeed in the fun department, but the rapid-fire presentation is unique.

100m Sprint – A mindless button masher. The racers are cats, but this wrinkle compensates little for the lack of entertainment.

Pro Wrestling – Fun the first few times, but much too easy. Timing single button presses to pin your opponent rob of it of some depth, and there’s less replay incentive when the challenge is lacking.

Skeet Shooting – A rather decent offering in smaller doses, one that necessitates a mix of button and d-pad presses in quick succession. With multiple targets onscreen at once, each corresponding to different inputs.

Baseball -The Bases Loaded visuals made me smile. That said, the blend of timing and d-pad mashing to hit the ball as far as you can is unsatisfying, and ultimately made me wish for a touch more variety.

Speed Skating – Control a penguin on ice skates as you whip him around the rink. Sadly, the layout never changes from a simple oval.

Fencing – A steady ramp in challenge makes this game, which times your reflexes, one of Mini Sports Collection’s best offerings. Holds up well for replays.

Rugby – The overly large characters, coupled with far too sluggish controls, make for a game that’s easy to take a pass on.

Tennis – The poor hit detection (which sees the ball routinely fly straight through your racquet) ruin what could’ve been good fun. Subpar controls don’t help either.

Soccer – Trying to score the ball with a single kick is puzzle-ish, as you need to quickly read the layout of stationary defenders. I also enjoyed the Goal! (NES) victory celebrations.

Archery – Not bad. I wish there was a better balance between the need for accuracy and speed. Still, archery is solid on repeat plays.

Hammer Throw – I appreciate the option for either button or d-pad control. However, this just isn’t the sort of game I normally go back to, outside of a full-fledged Olympic compilation. Good for a straightforward hammer throw, but nothing to really elevate it.

Table Tennis – A surprisingly decent time, in spite of being just a single rally. Focus on timing hits while your paddle moves automatically. Semi-addictive.

There are a few minor extras. A sort of achievement system is buried in the main menu, though none of my accomplishments seemed to register. Meanwhile, tournaments simply group individual sports together by theme. Neither adds a great deal.

While $4.99 is inexpensive, the question is how many of these sports hold appeal beyond the first few minutes? For me, the answer is not nearly enough. There’s an inconsistency to this package, with uneven execution and quality. Which is a shame, as I really wanted to like Mini Sports Collection. Rainy Frog has published better.

There’s an inconsistency to this package, with uneven execution and quality.