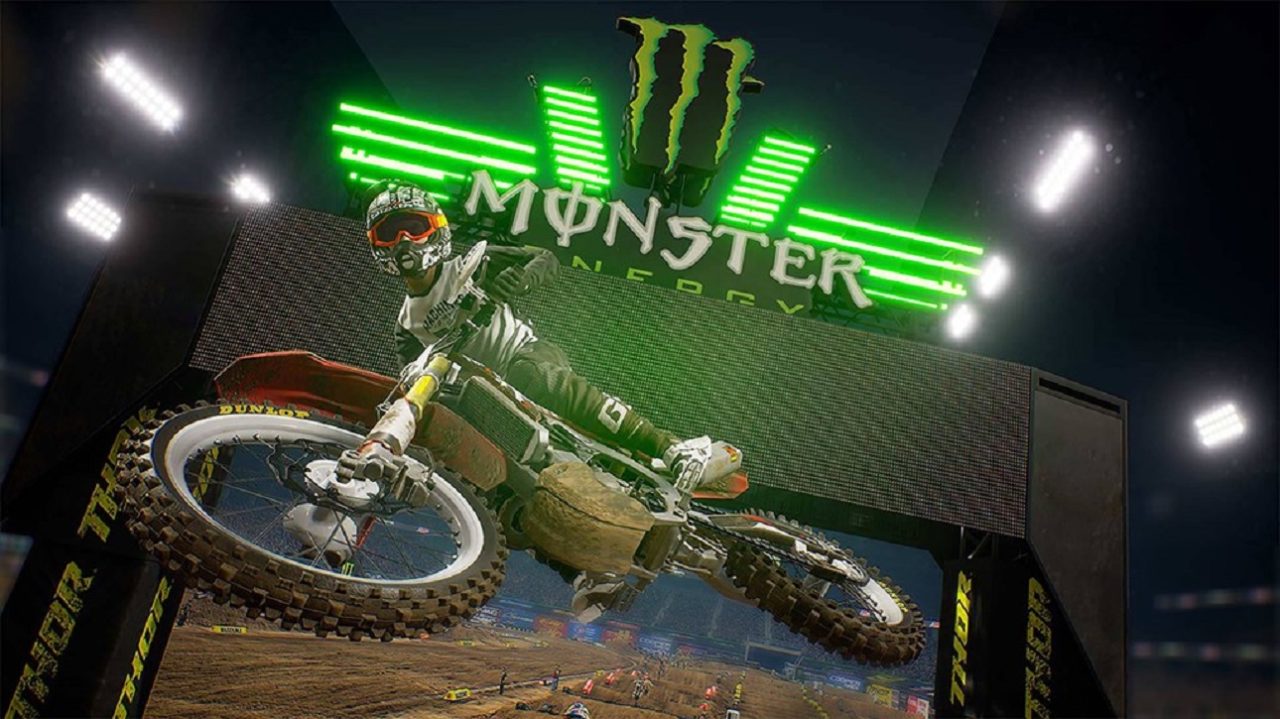 If I could only stress one opinion in my review it would be this… Monster Energy Supercross – The Official Videogame 2 is solely for real-life devotees, and not those who just enjoy motorcycle racing video games.

I’ve been playing racing games since Excitebike on the NES. That said, you wouldn’t know it from watching me play this game. Even on easy, the difficulty seems out of whack. But this might stem more from second-rate controls.

Lag makes the controls feel too twitchy to me. I keep waiting for the adjustment period to set in, where they start to feel smoother. It’s a much longer wait than I’m accustomed. 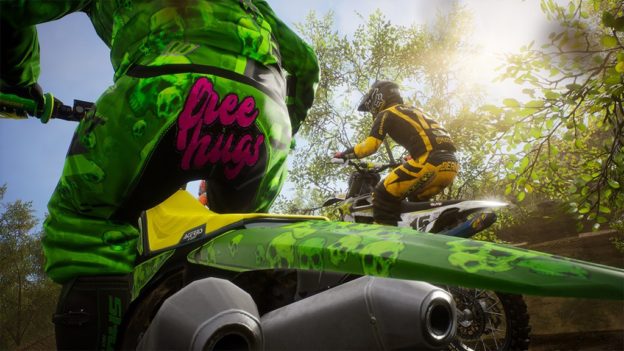 The physics are pretty darn inconsistent also. I was soured early when watching my riders unnatural reactions, and the feeling never let up. Inconsistency extends to other areas as well. For instance, when getting off the track (which is very easy to do for a multitude of reasons) you’re given three seconds to return… but only sometimes. Don’t be surprised if it glitches to just a single second.

A general feeling of bugginess prevails. It’s these aforementioned things, and many other smaller ones that really add up in Monster Energy Supercross – The Official Videogame 2. Speaking of adding up, boy do the load times do this. There are actually loading screens for loading screens! In a menu-heavy game, this is especially bothersome. 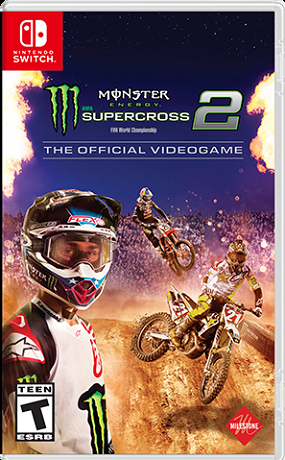 The reasons for all the menus stem from some of the game’s features. In fairness, it has some commendable ones. Customizing your character is a sizable part of the game. Yet, it feels wasted since you’re normally just looking at the back of their helmeted head. The faces are dated and ugly though, so maybe this isn’t such a bad thing after all.

Another feature is the track editor where you can share your designs online. Had the core game been better this is something I’d really be cheering. Instead, I find myself wondering, does it comes at the expense of improving the fundamentals? Speaking of online, I couldn’t find anyone to play with, even though the game is only a few weeks old.

The game isn’t much to look at either. Besides the character models, it has some framerate concerns and blurry, fuzzy visuals in handheld mode. It probably fares best when driving around the free-roaming compound which offers some diversity. The accompanying rock music is… well, the less said the better. There is some solid voice work, though.

Again, I can’t stress enough that this is for real-life adherents… ones who can overlook the many, many issues for the official license trappings. Monster Energy Supercross – The Official Videogame 2 doesn’t even have local multiplayer unless you have two systems and two copies of the game, which is one of the most ridiculous things I’ve seen of late! The polish, quality, and most of all fun, simply isn’t here. At a whopping $59.99, this is an easy pass.

Monster Energy Supercross – The Official Videogame 2 doesn’t even have local multiplayer unless you have two systems and two copies of the game, which is one of the most ridiculous things I’ve seen of late! The polish, quality, and most of all fun, simply isn’t here. At a whopping $59.99, this is an easy pass.