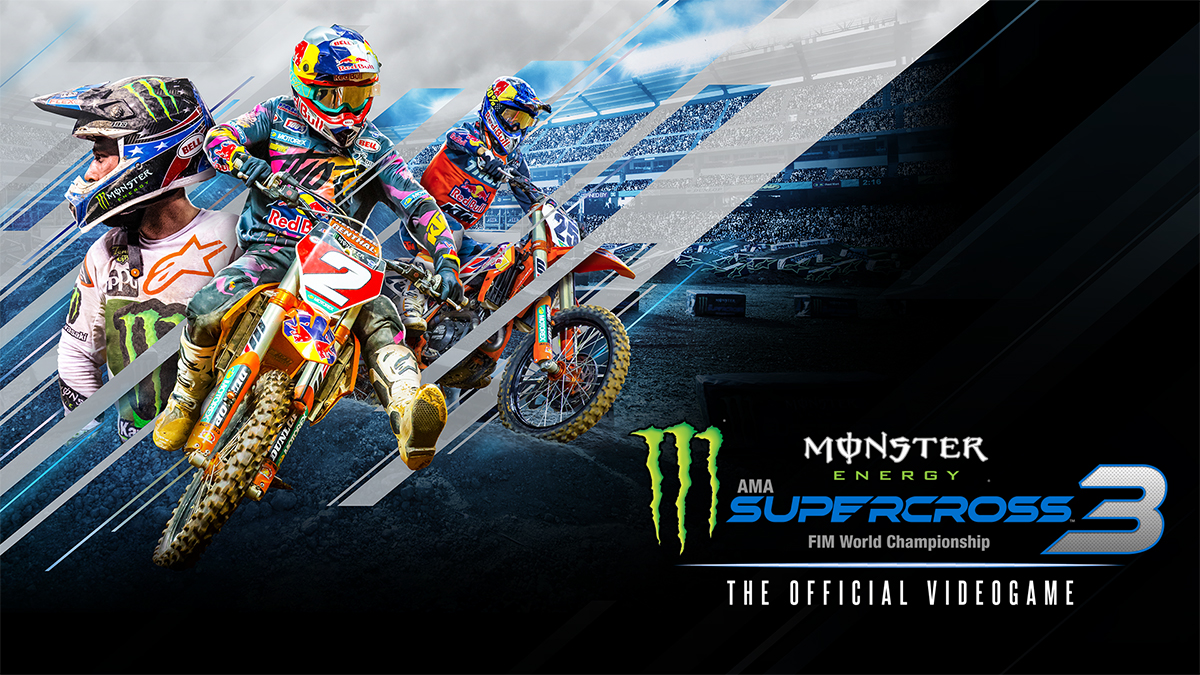 Full disclosure; I stink at Monster Energy Supercross – The Official Videogame 3, but that doesn’t stop it from being really good.

Let’s go over what you get. As the title says, this is a Supercross bike racing game with plenty of Monster Energy Drink brand placement. You also get a pretty realistic motocross experience, complete with twitchy bikes, dirt tracks, lots of jumps and tight turns, arenas full of screaming fans, and crashes (lots of crashes for me).

The visuals and audio effects are really good. The graphics are very detailed and close enough to reality for good immersion. The soundtrack is well suited to the Monster brand image and the racing crowd—lots of energy and an “in your face” interface. The only aspect that was worse than expected is the sound of the bike engines; a bit generic. 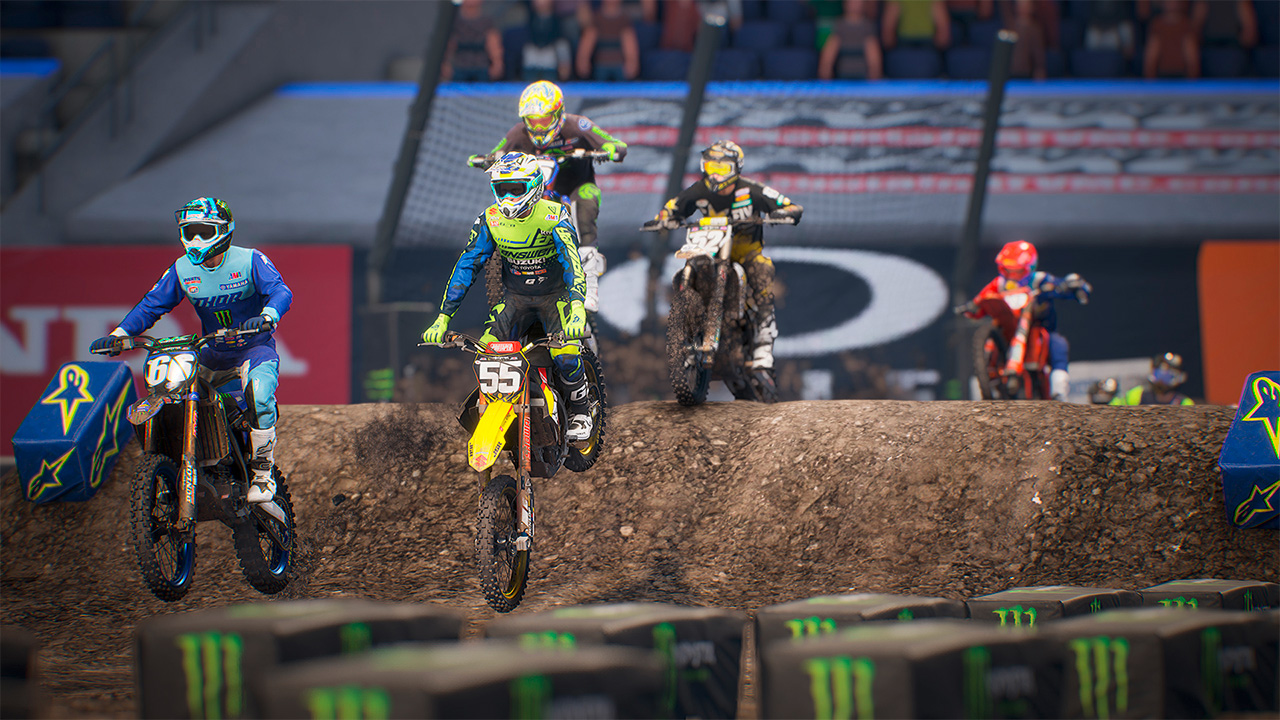 The game engine provides very realistic physics. This is a double-edged sword because it means you get real world reactions but you also suffer the real world consequences. If the jumps are properly executed they can be spectacular, but get it just a little bit wrong and you get to wear the latest in dirt-brown stripes. Fortunately, your avatar never suffers the broken bones, concussions, and probable death which should result from some of the more impressive fails I experienced. The only penalty is your avatar resets and you get a few seconds added to your lap time.

The controls are a bit touchy, but for the more experienced Joy-Con jockeys it will be an easy learning curve which will only require a bit of finesse to really get going. Monster Energy Supercross – The Official Videogame 3 is loaded with control settings. One recommendation I’ll throw out there is to turn off the console vibrate feature. With all the jumps and bumps in the game, the vibrate motor goes almost nonstop, and it gets a bit old after a while. I’ll let you study what all the individual buttons do, but you have control over throttle, front brake, rear brake, left and right turning, left and right leaning, forward or back leaning, clutch, shifting up and down, and a few others to keep your fingers and thumbs limber. 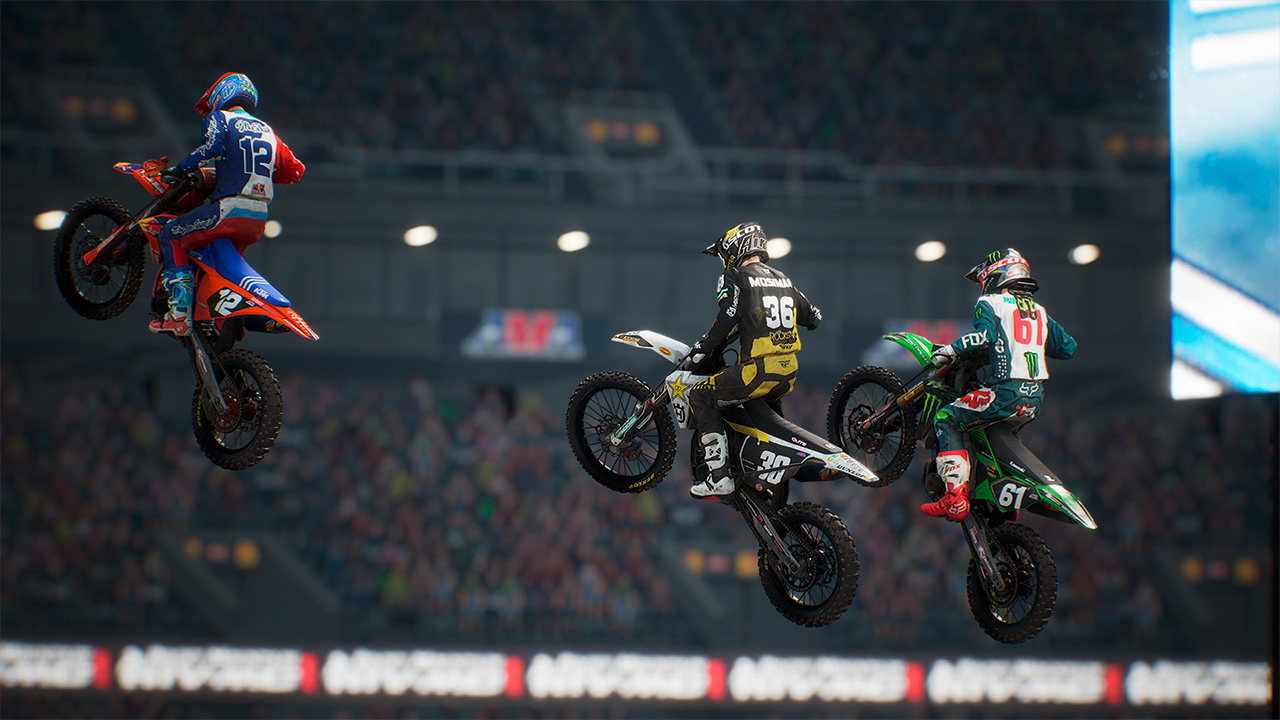 Not only do you get a plethora of play control elements, you get a slew of bike modifications as well. You can set the sensitivity of things like the front spring, rear spring, gear ratios, and so on. Even if you turn down the settings to make the bike easier to handle (albeit with a slower top speed and less agility) the game is still challenging enough to keep any player coming back to try a course again to see if you do a little better.

Once you get the feel for the controls, you can race around the track, skid in the corners, jump the bumps and even pull some tricks in the jumps like going sideways. 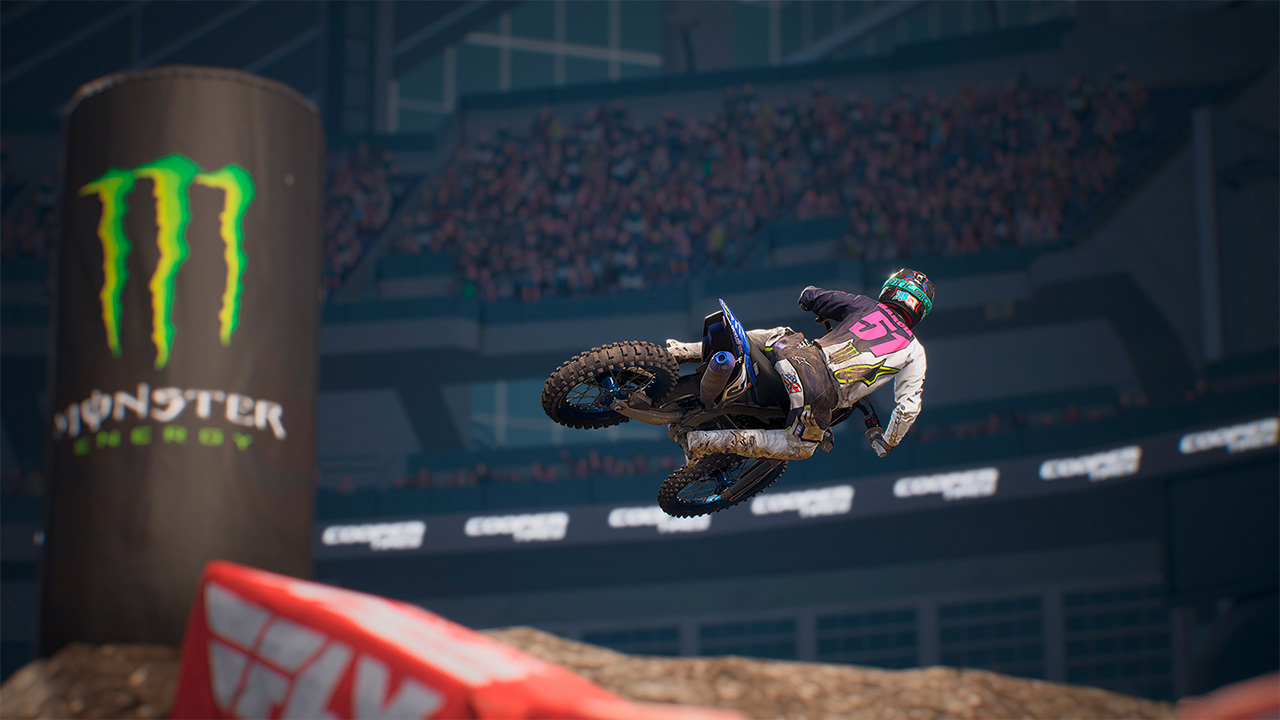 Just remember, if you don’t straighten out for the landing you will crash. Funny thing, no matter how well I aimed, I can’t seem to crash into the officials standing off to the side of the track…

Monster Energy Supercross – The Official Videogame 3 provides a lot of tracks and a career mode so you can race the circuit and see how you stack up against the rest of the racers.  There is also a multiplayer mode so you can test your skills against other human players. One thing you don’t get is an arcade mode. This would be great for the less seasoned motocross racers like me or the younger crowd just getting into the genre, but that isn’t really what this game is about; it’s really geared to the more hardcore racing gamer. 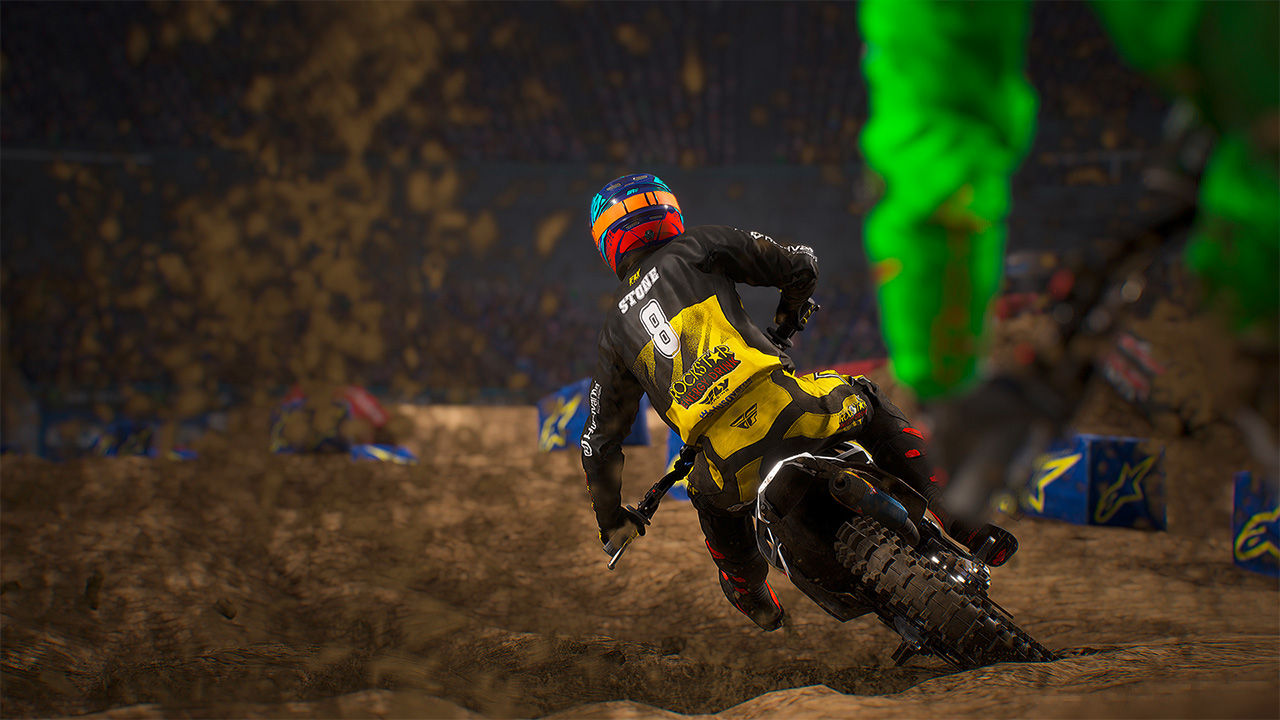 Some more good news for the serious gamer crowd, the game developers have added a dedicated server to handle the multi-player activity so feel free to get your friends in on the action. Be prepared, though; all the good looks, loads of settings and customization options, multiplayer and dedicated server stuff does mean the game’s price is a bit on the high side. If you like a good supercross racer, however, Monster Energy Supercross – The Official Videogame 3 is worth the investment.

With scores of tracks, bikes, and modifications to be had—along with a multiplayer mode to share with your friends—Monster Energy Supercross – The Official Videogame 3 will keep a gamer happy for a good, long time.