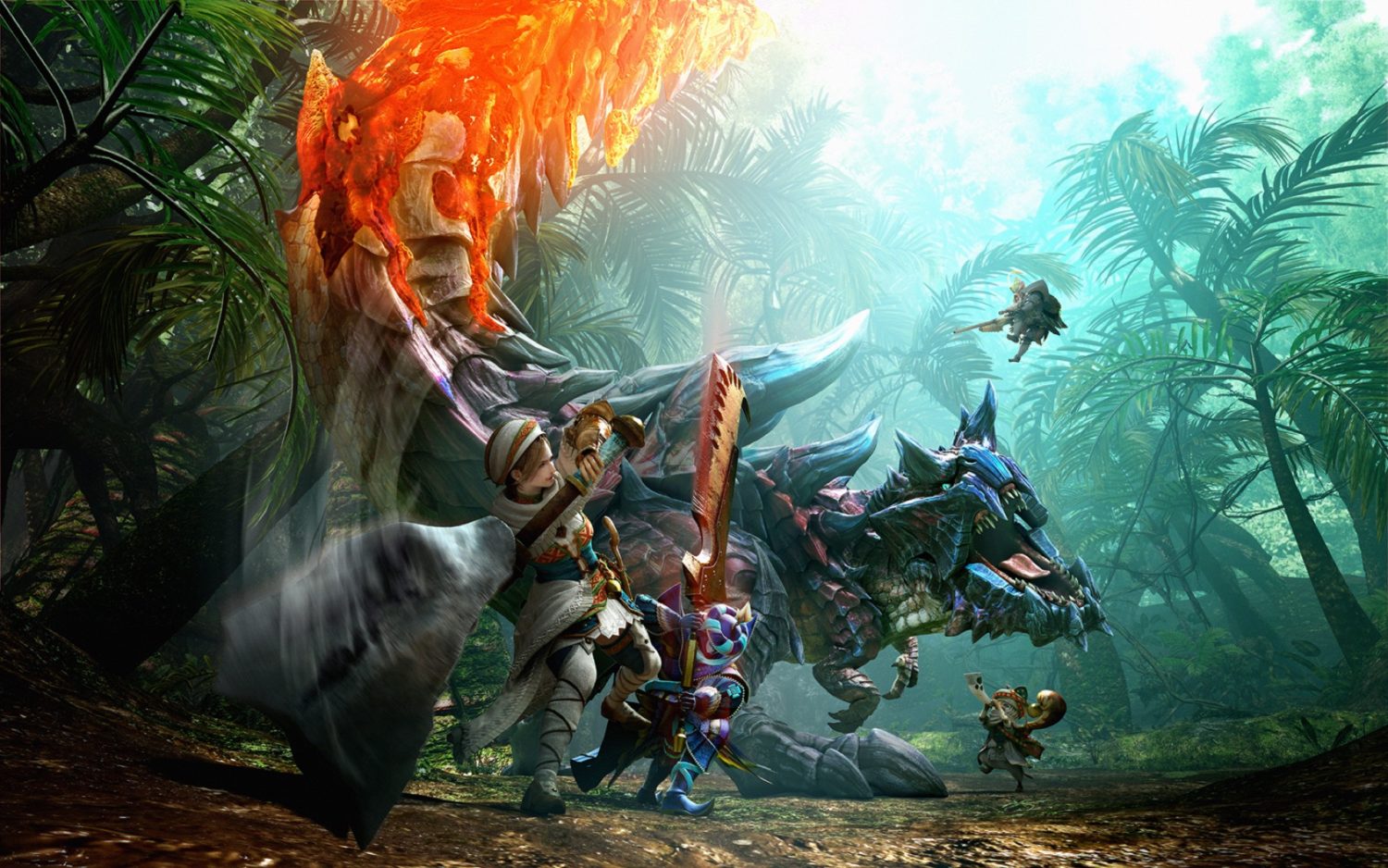 Monster Hunter Generations begins like Monster Hunter games.  Players start out as a hunter in a new world and venture out on various quests.  With each new Monster Hunter game I play, the opening “tutorial” sequences get more and more streamlined.  If you’ve never played a Monster Hunter game before, Generations does the best job of any of them at getting new players acclimated to the gameplay.  Speaking of gameplay, there are several new features in Generations.  The first major addition are Hunting Styles.  There are four unique styles (Guild, Striker, Aerial, and Adept) each with their own pros and cons.  While there aren’t any new weapon types over the previous Monster Hunter game, these new styles allow for nuances in how your character utilizes each weapon.  For instance, I chose the Aerial style which allowed my character to do more aerial attacks on monsters.  I liked this style the best as it gave me more variety in the ways I approached a battle.  The combat system definitely feels more dynamic being able to attack from above.  The second new feature are the Hunting Arts.  Certain arts are specific to weapons like the first one I started with in the game which gave my hunter the ability to do a spin attack (sort of like Link’s signature sword attack in The Legend of Zelda series).  Other arts allow for healing stations, better evasion, and strengthening your armor.  Now, one of the caveats with the different Hunter Styles is how many Hunter Arts players can equip.  In my case, the Aerial style only allowed for 1 Hunter Art to be equipped at a given time.  To me, it’s a fair trade-off as my hunter felt a lot more potent using the aerial style.  Other styles can equip 3 arts so I would recommend playing around with various styles to see which works best for you.  Another new addition to Monster Hunter Generations is ‘Prowler Mode’.  In this mode, players can finally take control of the Palico Felynes that have previously been companion NPC’s (non-playable characters).  While the Palico’s aren’t nearly as powerful as the hunters, there are unique quests and items that are worth playing through.  Finally, Deviant Monsters have been added to the mix.  Deviant monsters have survived previous hunter encounters and have adapted by becoming stronger and employing new tactics.  Some of the deviant monsters may be familiar to series’ veterans but they pack more of a punch this time around.

As in previous Monster Hunter games, players will traverse a world that is segmented into different areas.  Once players depart each town for the hunting area, the game loads distinct sections as players explore.  It’s a little disjointed but you get used to it after awhile.  I do hope that future Monster Hunter games employ a more open environment.  Currently, the past few games have been limited to handhelds so it’ll be interesting to see how the engine evolves moving forward.  Visually, Monster Hunter Generations is very impressive.  It’s on par with other 3DS Monster Hunter games with some slight enhancements on lighting and textures, especially if you are playing the game on a New 3DS or New 3DS XL.

It wouldn’t be a Monster Hunter game without multiplayer and Monster Hunter Generations has multiplayer options in spades.  Players can get together who have multiple copies of the game to go on quests, trade items and guild cards, and communicate via text chat.  All of these local multiplayer modes can also be played online.  Capcom also has various DLC packs to further extend the content so there is a lot of content both bundled and downloadable.  Some of the DLC packs feature Link from Wind Waker, Star Fox, Mega Man, and more.

Overall, Monster Hunter Generations feels like the best Monster Hunter game yet and it’s especially good for newcomers to the franchise.  It’s always a little hard to get into a franchise late in the game but give it a chance if you haven’t already—I think it’ll grow on you.  Its unique gameplay along with its quirks make for a fun experience each time you play.

Overall, Monster Hunter Generations feels like the best Monster Hunter game yet and it’s especially good for newcomers to the franchise.  It’s always a little hard to get into a franchise late in the game but give it a chance if you haven’t already—I think it’ll grow on you.  Its unique gameplay along with its quirks make for a fun experience each time you play.