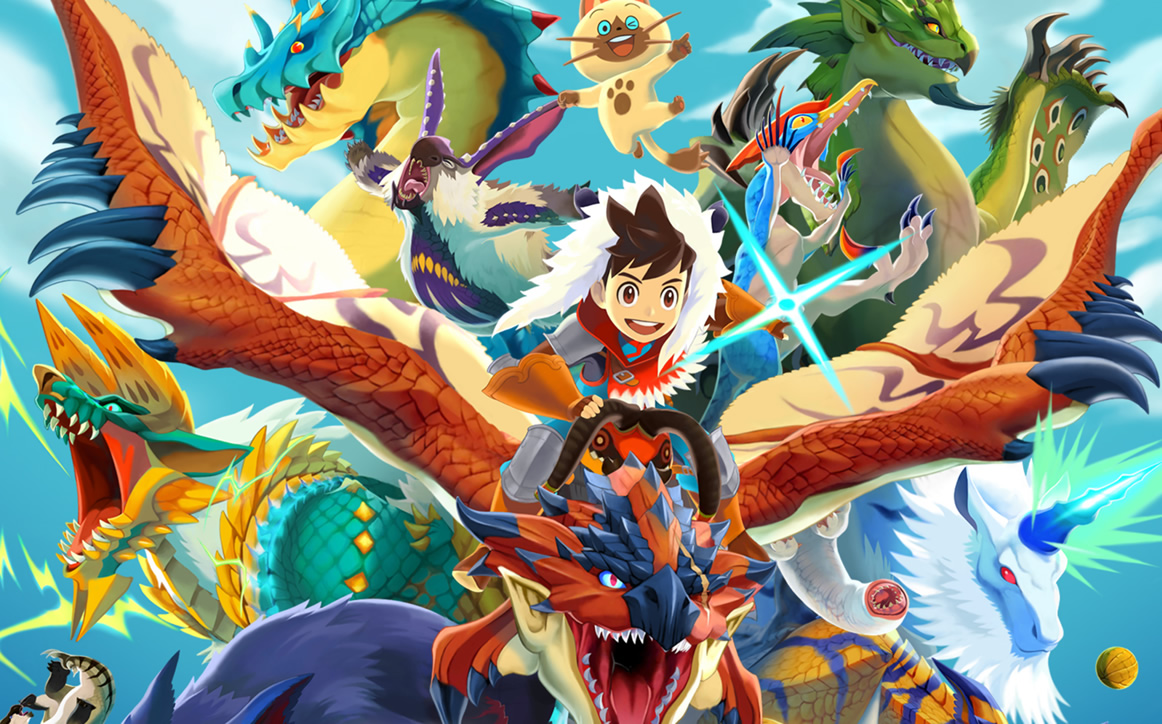 The Monster Hunter series is back on the Nintendo 3DS family of systems, this time with a fresh take on the series’ formula.  Monster Hunter games are not my cup of tea—usually.  Sure, if you look back at some of my previous reviews, you’ll find that I reviewed previous Monster Hunter games favorably.  That’s because that are quality titles even if they are very similar gameplay experiences.  My biggest gripe with previous titles in the series is that I simply felt bad for killing the monsters in the game.  I know that sounds weird but, for some reason, it’s only Monster Hunter games where I have had this problem.  Give me some monsters to fight in any other series and I’m good.  Honestly, I think the main reason I feel bad goes back to the quality I mentioned.  Capcom really put a lot of effort into making you feel like these monsters exist in the world they’ve created.  The monsters aren’t just rampaging maniacs, they have schedules and routines like any creature you’d see out in the wild.  They graze in the fields (the herbivores and omnivores anyway), they drink at water sources, and generally mind their own business.  Then comes a monster hunter whose only real motivation is to collect some meat or another item a monster might have up their sleeves.  Capcom even added depth to the various sounds the monsters make—some of them being cries of pain.  It’s this sort of detail that really makes it hard for me to kill in traditional Monster Hunter games.  All that to say, Capcom has gone in a completely new direction with their latest Monster Hunter title, Monster Hunter Stories, and I couldn’t be happier! 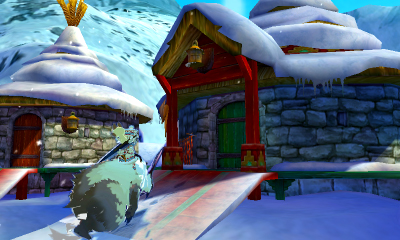 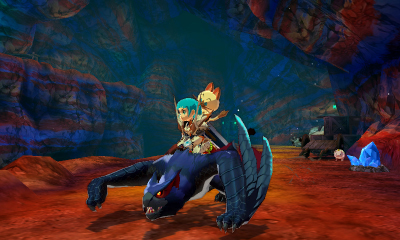 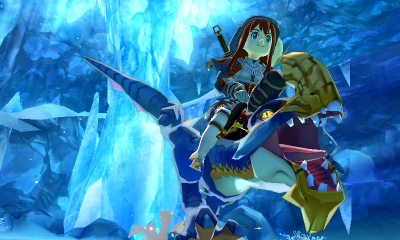 Monster Hunter Stories has a core storyline that revolves around a monster ‘rider’, not a hunter.  The main character can be completely customized—everything from name, eye color, hair, and makeup.  Once your in-game avatar is setup, players will embark on their journey.  Since the focus of the game is on this new cast of riders, your objectives can be quite different than usual MH games.  For example, instead of hunting monsters for particular items, you’ll be collecting and hatching monster eggs.  These new hatchlings will then become your friends, or ‘Monsties’ as the game calls them (monster + bestie—short for best friend).  The manner in which you collect these eggs is a bit questionable as you basically steal them from a monster’s nest.  Capcom still had to put something in here to make people feel bad I guess—although at least you’re making them your friends and not killing them :)  Your avatar also has a Felyne character that acts as your voice throughout the game.  Navirou as he is called (kinda reminds me of Navi from Ocarina of Time but not as annoying) keeps the game light-hearted with his quirky dialogue.  Some of the side quests in the game will still feature similar fetch quests like finding a certain type of plant or mushroom, but even the monster vanquishing quests feel a lot different in terms of gameplay and tone.

Speaking of gameplay, Monster Hunter Stories mixes things up quite a bit from the usual MH formula.  Instead of free-for-all, real-time battles, Stories features turn-based combat.  The closest game series I could compare the gameplay to is the Pokemon series but even that is a loose comparison.  The similarities are really limited to collecting monsters and the battles being turn-based.  The battles themselves are quite different.  In Pokemon games, it is only your Pokemon who fight.  In MH Stories, you and your Monsties fight side-by-side.  In some cases you can even ride your Monstie in battle for a special move when your Kinship stone is fully lit.  Players can choose a move for the Monstie to perform and then they can choose their own move from 3 options: Speed, Power, or Technical.  Speed beats Power moves, Power beats Technical moves, and Technical beats Speed.  Each monster you encounter has their own strategy and it’s up to you to figure out the best way to attack.  Some monsters may attack with 2 consecutive Power moves, then move on to 2 consecutive Speed moves, then repeat.  The key in battle is to observe and adapt.  There are some quick-time events during battle as well.  Sometimes you’ll have to press the ‘A’ button really fast, other times it may be to rotate the circle pad.  Players can also use items in battle that range from throwing knives to healing items, to items that can boost defense or cause paralysis to the enemy monster(s).  The combat has a lot of depth and it’s really engaging.  I love Pokemon games but I had much more fun with the battles in MH Stories to be honest.  Outside of battle, one of my favorite aspects of the game is being able to ride any of your monsters in the overworld.  Some of them can even fly!  It’s a blast and I hope other games, like Pokemon, incorporate this level of freedom of movement in the future.  Multiplayer is a core component of every Monster Hunter game and MH Stories is no different.  Players can compete in battles locally or online.  I didn’t get a chance to try the online battles since I couldn’t find any opponents, but I’m sure those services and people to play with will be more readily available come launch day (September 8, 2017). 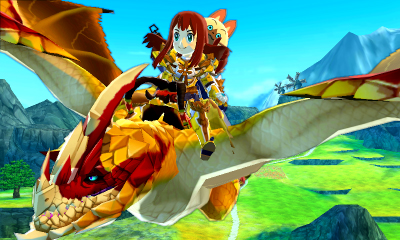 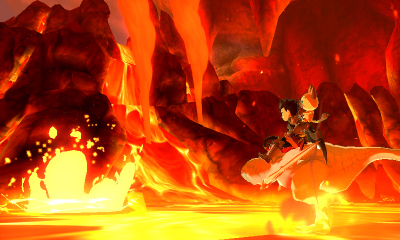 The visuals of Monster Hunter Stories are all top-tier.  The cutscenes, the art style, the world, the monsters—everything is beautiful in this game.  I really loved the art style they went with.  It complements the tone of the game so well and it really makes the monsters shine too.  I often felt the color palette of previous Monster Hunter games was too dull.  The ‘realistic’ art style is great on an HD system, but a stylized look like they went with in MH Stories works perfectly on the 3DS.  It would also look really nice on an HD system too.

Ever since I heard the news of Monster Hunter Stories, I was curious to see how it would turn out.  I’m excited to tell you it’s fantastic!  For those looking for another meaty adventure to add to their 3DS library, you definitely need to check out Monster Hunter Stories.  Even if you didn’t like previous Monster Hunter games, give Stories a chance and I bet you’ll enjoy it as much as I have.

Ever since I heard the news of Monster Hunter Stories, I was curious to see how it would turn out.  I’m excited to tell you it’s fantastic!  For those looking for another meaty adventure to add to their 3DS library, you definitely need to check out Monster Hunter Stories.  Even if you didn’t like previous Monster Hunter games, give Stories a chance and I bet you’ll enjoy it as much as I have.