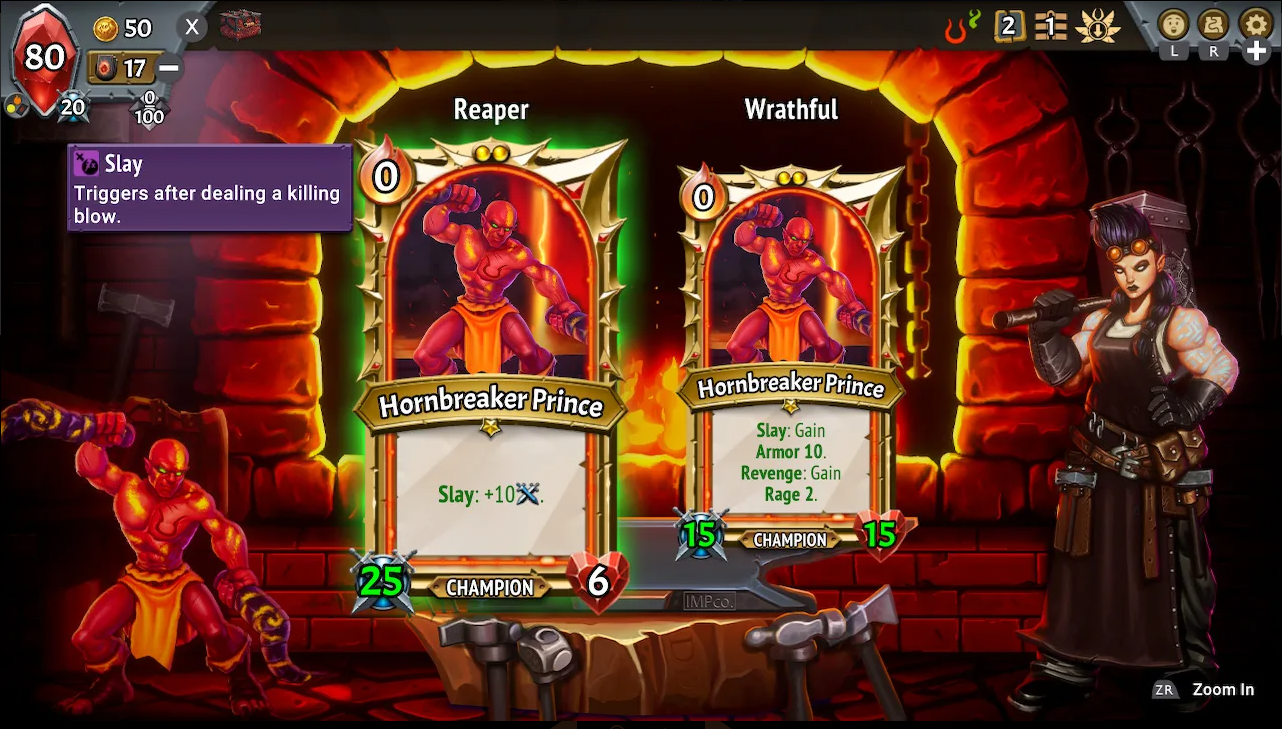 A game that pits you against the most powerful angels of heaven, Monster Train First Class is a roguelike deckbuilder that tasks you with protecting the beating heart of hell. It opens with heaven invading hell, aiming to put an end to it once and for all. The game is set on a train rushing through the icy wasteland of a world that was once fire and brimstone.

You guide the train along its tracks, choose its route past various stops on the map that allow you to build and power-up your deck to use in battles against the angels. The different stops allow you to pick up new cards for your deck, power-up or amend existing cards and find money or items that offer your boosts during battle. Each time your path diverges, you can pick one of two routes, planning out the changes you want to make to your deck based on the options available to you. 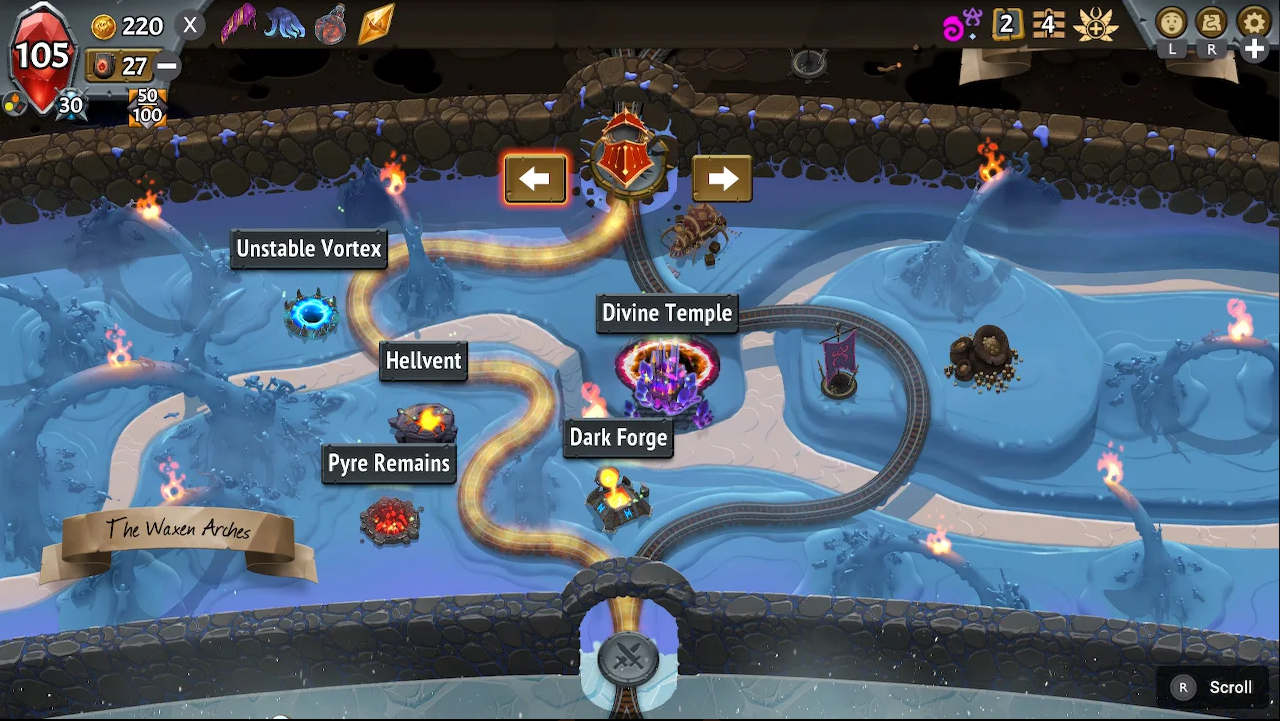 The battles offer a twist on your typical turn-based card fight by taking place over three levels. The waves of enemies will come through the ground floor and move upwards after each turn, in pursuit of the pyre at the top of the train. If they destroy it, it will bring an end to hell and your home.

This setting lends the game a cool and interesting premise that results in some very cool monster designs and battle animations. Some of these are drawn from your classical theological imagery, while others are pure fantasy. Either way, it makes for some excellent visuals. I also quite like the idea of playing as the demons of hell as the underdogs.

There are six clans, each of which come with a unique collection of cards you can find in each run. You start with two unlocked clans with only a limited number of cards available. More cards become available to you as you play through the game, level up and gain new achievements. 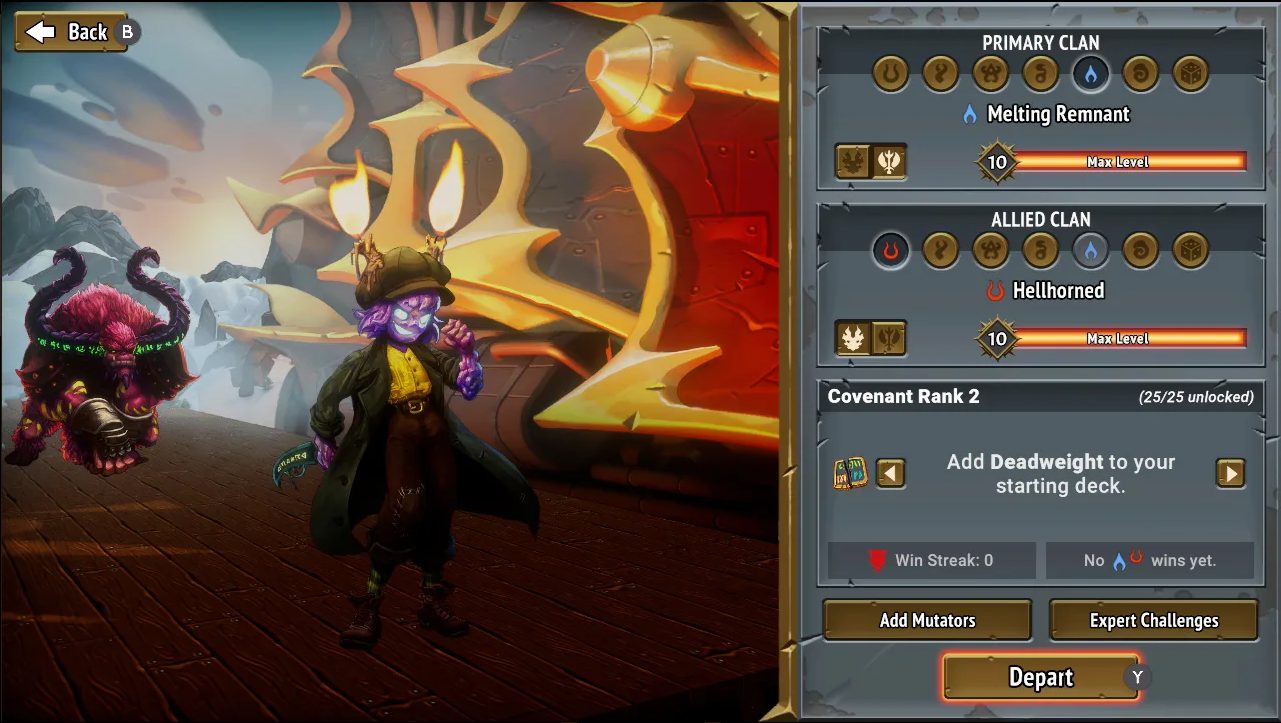 This gives you plenty of incentive to play through over and over again, to experiment with different clans and cards to create new ways to approach your defence. Monster Train First Class is very much one of those games that you can play near endlessly without repeating a run.

Finally, when you have defeated every wave of angels, you come face to face with the Seraph, which was released with the original game as DLC. This final boss offers a climactic conclusion to the game, but doesn’t draw enough of a line underneath it that it isn’t worth going back and attempting it again with a fresh deck.

There are daily challenges available from the developers if you want to test your abilities within specific constraints. There is also a Hell Rush multiplayer mode in which you can race your friends and the clock to defeat the angels in a rapid-paced battle. 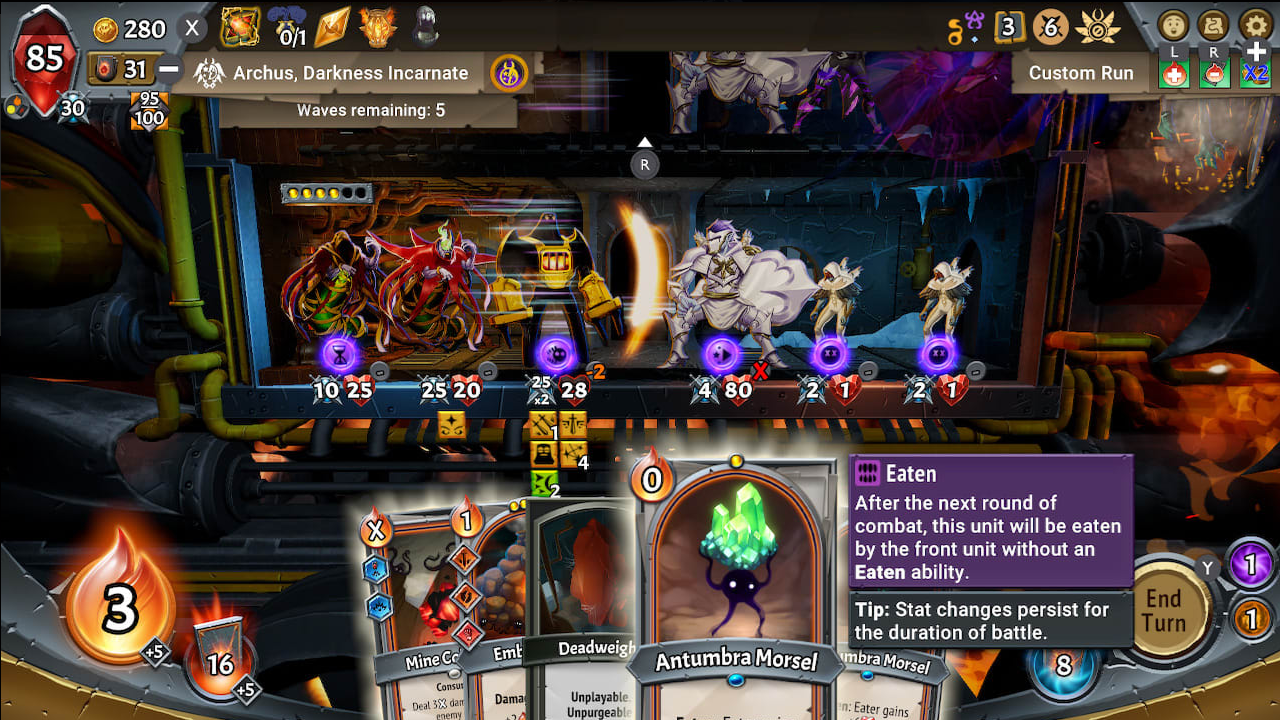 Monster Train First Class has a simple premise that is very well executed and built in such a way that you get a lot of content out of it.

Monster Train First Class combines a fun story with cool designs, challenging strategic gameplay and the excitement of unlocking and making the most of epic new features at a dream pace.