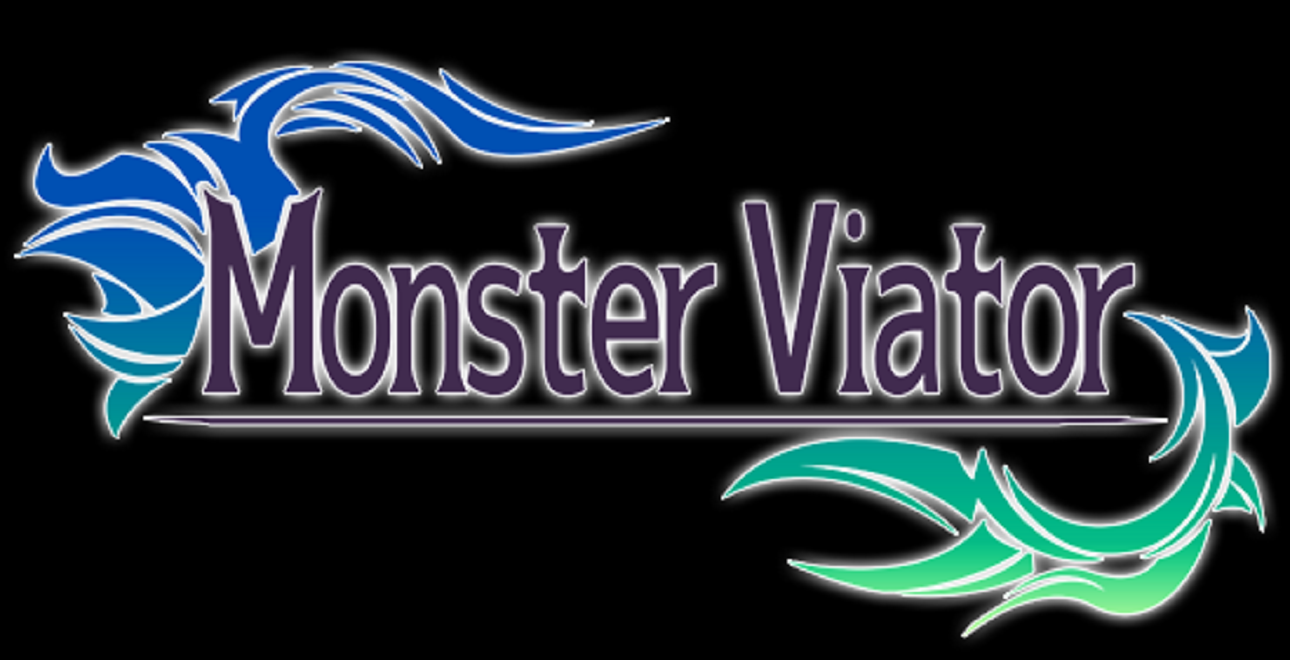 Monster Viator is a JRPG taken right out of the 32-bit era. From the start, I was captivated by this title; I could’ve grown up with this JRPG. It mixes some different genres to make a unique game. It has a feel similar to say Phantasy Star, Pokémon, and Final Fantasy Tactics if they got smashed together.

The combat system in Monster Viator is your typical turn-based RPG that uses a bottom bar to display your playable characters (up to four at a time) and their moves for each turn.

I’m in love with the creatures’ artwork; it’s very unique and well-drawn, with loads of detail and animation. Coupled with some cool animations for the special abilities and attacks, it makes for some serious eye candy if you’re into this kind of game. The soundtrack also kicks some serious behind with its rock/metal backing tracks during combat, giving a nice edge. The in-game music, outside of battle, is well composed and very atmospheric.

Where Monster Viator starts to show its uniqueness is in the mechanics of character development. Your character is a monster tamer, and as you progress further in the game, you start to collect various types to assist you in battle. The game’s job system also allows you to find mentors to teach new job classes, giving your characters some cool abilities.  Together, with your monsters, you gain experience from fighting. And both you and your monsters can use offensive and defensive equipment. Monsters and players can also equip Carmina, which is an innate ability that changes depending on what is equipped.

The downside of this game is its system. Like the 16 and 32-bit era games of this type, Monster Viator requires a ridiculous amount of grinding. Having lots of monsters is cool until you have to pay for their equipment, and upgrades, which gets increasingly more frustrating having to gear up 20 monsters!

For a game that is about taming and collecting a band of monsters, one of my biggest gripes in the game was their lack of variety. The monsters are supposed to have unique abilities that differentiate them from others. However, I found that there are more than a few that are almost carbon copies but just a different element. That’s not diversity, only laziness!

Secondly is the amount and frequency of random encounters. It feels like every two or three steps, you’re getting attacked, not so much on the world map, but definitely in secondary maps. These things, in my opinion, while not taking away from the overall experience, do detract from the fun factor. It doesn’t break it for me, but it makes it difficult to stay interested when you’re fighting for your life every step of the way. Now two things make me want to overlook those flaws.

One is the fact that once a battle is over, all your health and ability points are restored, making the grind far more worth the effort. In most RPGs, you would have to go and rest eventually to replenish your party. Or worse, have to fight your way out of a dungeon with no supplies and your party clinging to life with a silly encounter rate.

Second is that you can save ANYWHERE! This is epically huge in my book. One of my biggest pet peeves of RPGs of old was having to hunt for a save point in the wild. Or, having made it 90% of the way through a difficult dungeon, having to go the entire way back to town to save, only to repeat the process all over again.

All in all, I can’t hate on this game. The story’s interesting and keeps you going; if nothing else to see what happens to the spoiled prince. Overall, KEMCO has another nice entry on the Nintendo Switch eShop. Play Monster Viator for a sense of what I described.

All in all, I can’t hate on this game. The story’s interesting and keeps you going; if nothing else to see what happens to the spoiled prince. Overall, KEMCO has another nice entry on the Nintendo Switch eShop. Play Monster Viator for a sense of what I described.