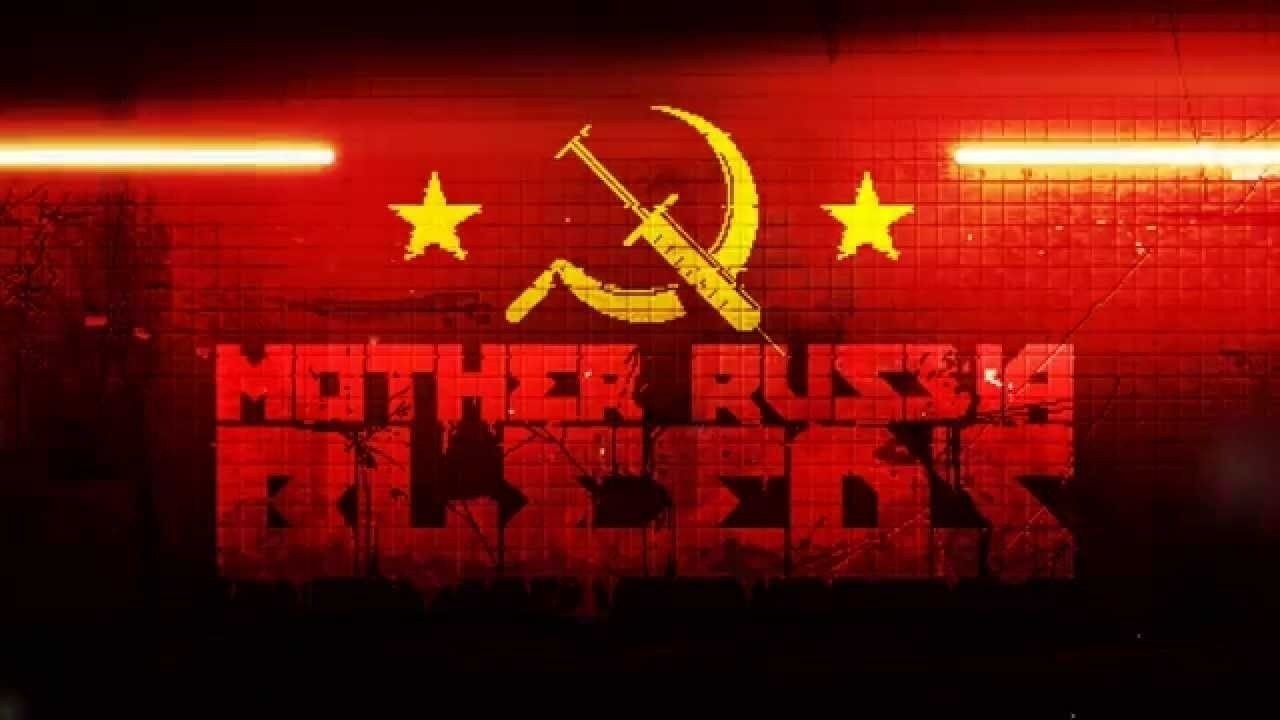 I’ve had the pleasure of playing a lot of beat ’em ups this year and it’s been a wonderful experience for this genre to find a home on the Switch. When I saw gameplay videos for Mother Russia Bleeds, I was excited to see a darker version of these games, with a relatively intriguing story, and while the carnage and gameplay were fun, I was met with an average story, a lot of framerate issues, and some childish dialogue and scenes.

The plot of this game is relatively simply, and is mostly used to push the gameplay along. You play as one of four characters who are essentially gypsies, and are kidnapped by the Russian government for experimentation. The protagonists wake up in a prison cell, where they find they are addicted to a chemical, called Nekros, which is harvested from dead bodies. After leaving this cell you meet up with a group of rebels trying to bring down the government and give freedom to Russia, which works into your own plan of revenge. While I found there to be a lot of potential to this story, I personally would like to have seen more story beats based around the Russian revolution. I felt like when they did put their focus on that element, the gameplay shined as well. 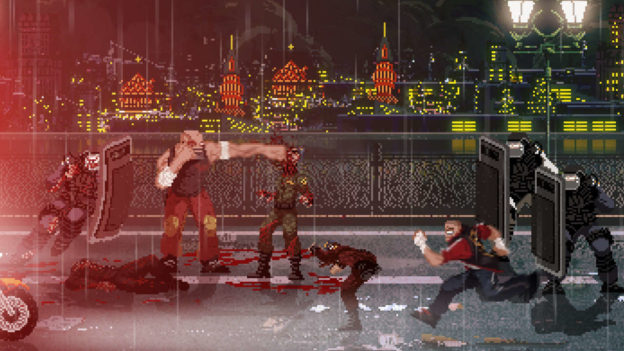 While the story is okay, I felt where this game is at its best when you’re actually in the thick of it, fighting various hobos and government agents. Even though it’s a beat ‘em up at its core, with primitive brawling and weapon combat, a bit of strategy is added with the harvesting of Nekros, which is necessary for healing and power ups. You will find yourself in instances upon which you should not decapitate your enemies in order to fill a slot with the life-saving serum. Another element that I have not seen in other similar games is the frequent use of firearms. For example, you will find pistols or AK-47s throughout your journey in order to mow down an insane number of enemies. The downside is that when you use these types of weapons, you will blow your enemies head clean off, keeping you from collecting Nekros from their body. Along with strategically dispatching standard enemies, you will also have to figure out ways to bring down the stage bosses in some unique ways, such as using a needle to poison them, or throw them into the blades of a combine tractor. I found the addition of strategy in this genre was a refreshing change from the standards of just punching an enemy until they go down. 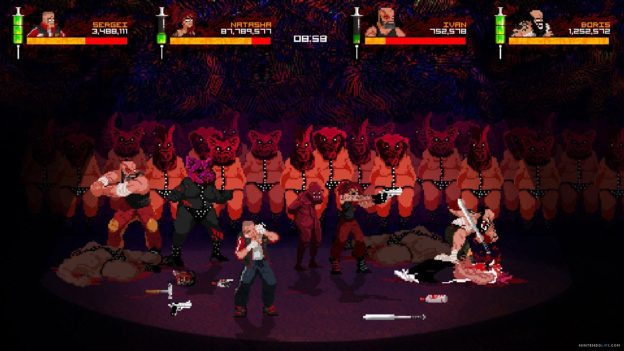 My biggest complaint is with some of the scenes. While it is just my personal preference, some scenes felt childish, like they were just put there for shock factor. The best example of this is the level where you go to a BDSM club to get more information about who authorized the experiments. The idea of fighting bouncers in a club scenario is really cool, but the specifics of this club – which were not necessary for the story – were just an excuse to add gross-out content with no context to the plot. This also comes back when you walk in on the president having sex with a prostitute. I feel that, if you’re going to go this route for your visuals, there needs to be some context as to why they are in the story. Otherwise, it comes off as a bit juvenile.

I feel like Mother Russia Bleeds has a good game in there, with the creative combat, and dark premise, but falls short of that with some misplaced imagery, a mediocre plot, and some terrible frame rate dips. While not a terrible experience, I can’t see myself coming back to this game like I would Final Fight or Streets of Rage.

Mother Russia Bleeds is a unique beat ’em up with some clever ideas at work. This title falls short of realizing them due to, framerate issues and some childish plot devices.