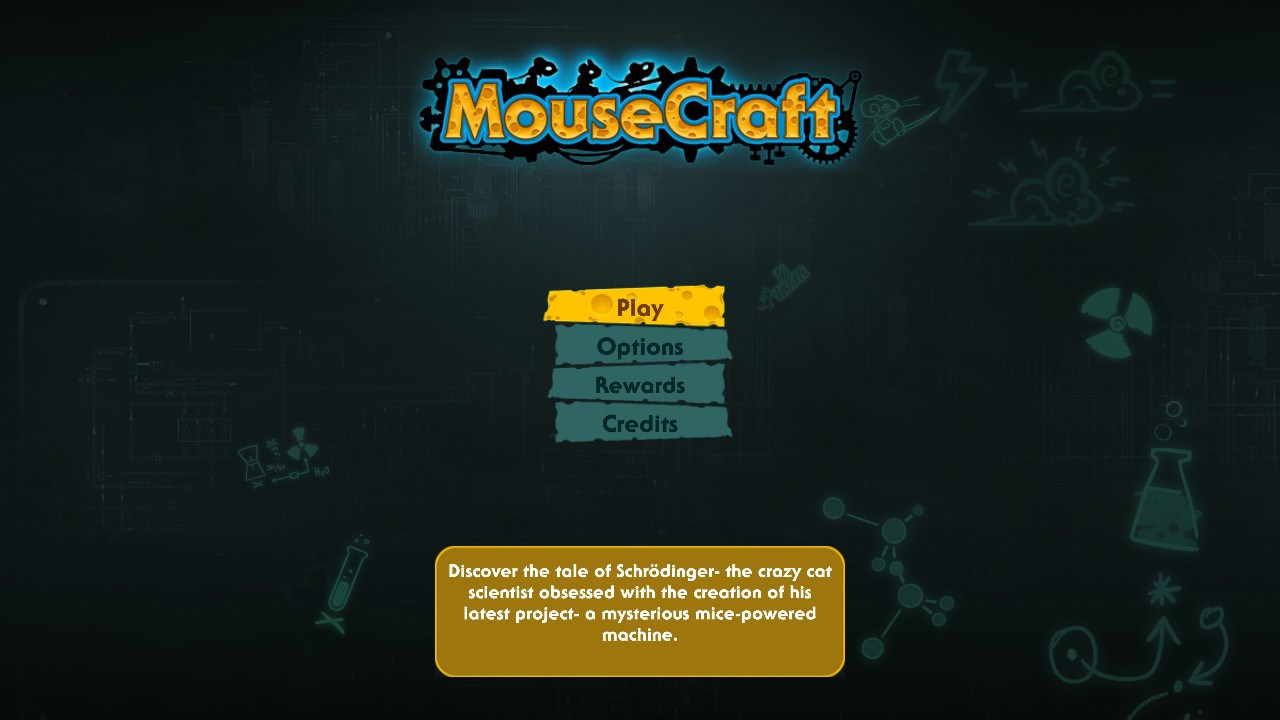 MouseCraft is a puzzle strategy game from Crunching Koalas where you perform controlled experiments on mice as a cat character named Schrodinger. This game is described as “a cross between Tetris and Lemmings.” While I have never played Lemmings, I’ve played my fair share of Tetris and, along with it being a puzzle game, that’s why MouseCraft caught my eye. 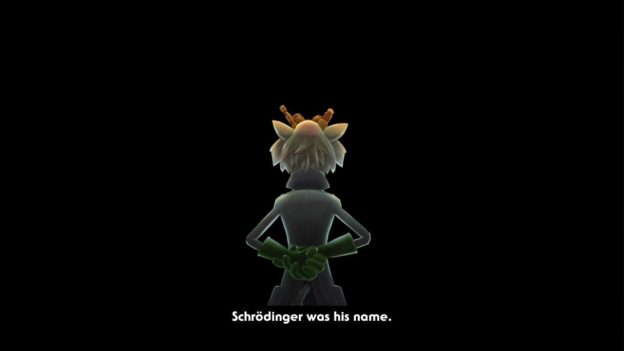 There’s little story to this game. Your character uses up the last of his savings to perform experiments, and a mysterious figure offers to fund you if you collect shards – which the mice can collect throughout the puzzles.

The point of each puzzle is to get at least one mouse to the cheese. There are three mice total, and it’s easy to get all three to the end without having to worry about accidentally killing any of them. In order to get the mice to the cheese, each level gives you some blocks to place to make a pathway for the mice. 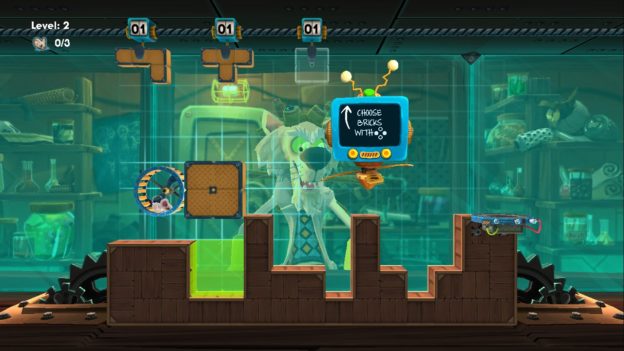 These blocks resemble Tetris-like shapes that fit like a puzzle within each level. Sometimes, you need to be creative and not fit the pieces perfectly together since there’s more than one thing to accomplish in each puzzle.

Aside from getting the mice from one end to the other, there are three shards you can collect in each level. The shards act as money to pay that mysterious figure so he continues to fund your experiments. There are also power-ups to be collected sometimes. For example, bombs are the first power-up. Sometimes, there are blocks already placed on the level that gets in the way of the mice and need to blow them up. 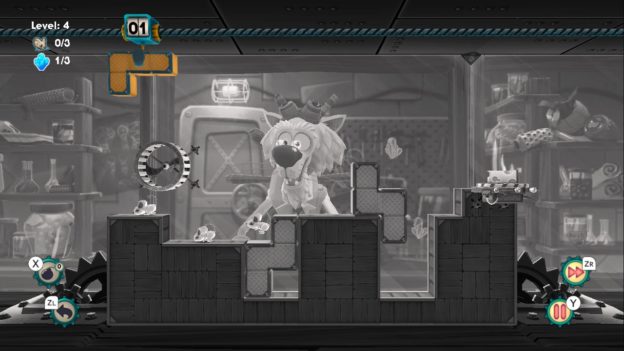 It’s okay if you mess up – whether you explode a block you didn’t mean to or you place a block accidentally – because there’s an undo button you can press as many times as you need. Or, you can restart the entire level. Plus, you can pause the mice so if you need to have them in a certain spot before placing a block, you can do that.

Honestly, MouseCraft was an easy puzzle game. It was almost too easy. Yet, I often found myself stuck because I tried to be a completionist in getting all the shards. Some levels were super easy but there would be one shard I couldn’t quite reach. Whether I was overthinking it or not, it was easy for me to remain on the same level for a bit.

MouseCraft, while pretty easy, is a fun and unique puzzle game. It’s great to play on the go and worth a buy.