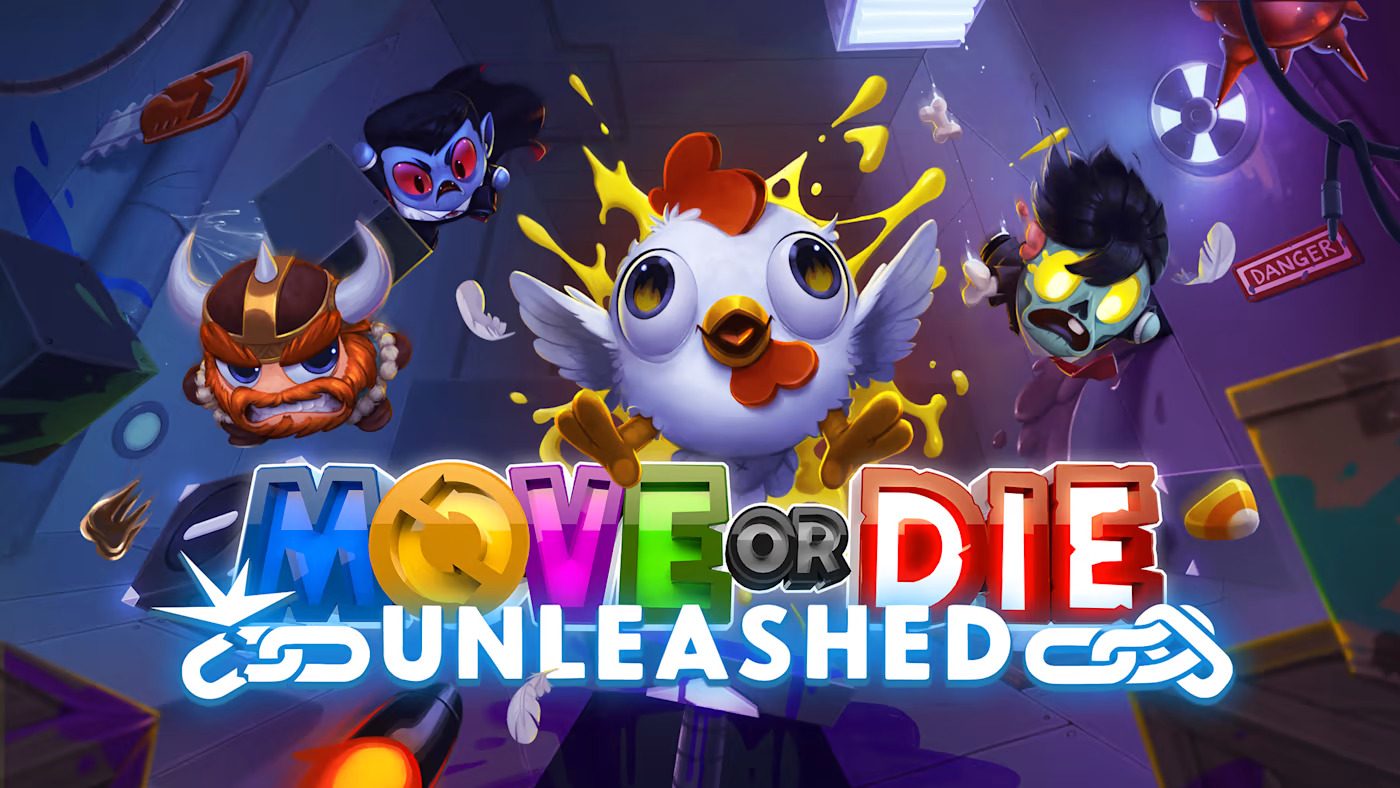 Move or Die: Unleashed isn’t just the name of a carnage-filled multiplayer game for the Nintendo Switch. It’s also the instruction manual and the entire plot. Actually, it’s more like a mantra. Either way, there is one simple rule in this crazy, fun game: move, or die.

In Move or Die, players compete in super-fast minigame challenges. The first deceptively simple step is choosing your avatar, and let me tell you, there are many designs to choose from. Whether you want to be a ninja cat, surly banana, or ghost-like globule, almost anything you can think of is available. Panda? Yep. Watermelon? Of course. Witch or skeleton? Naturally. Even Shovel Knight makes a guest appearance.

After you’ve chosen your character and team color – you can play any combination of teams with up to four human or AI players locally or online – it’s time to select your levels. This is thrust upon you with a ticking timer, giving one lucky player the chance to quickly choose from a very long list of minigames. When you first play, the titles mean little, so you’ll probably pick at random. Eventually, you’ll discover your favorites, so the player in charge has a distinct advantage, choosing games that suit him or her best. The timer makes it all the more frantic as you select the right ones before they’re chosen for you. 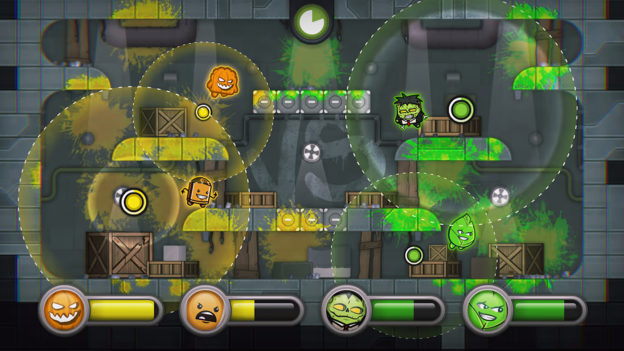 Now it’s time to play! And, hoo boy, this is a chaotic experience, to say the least. Games are so furiously fast, it’s almost ludicrous. And audaciously entertaining. Your main goal may differ with each level, but they all involve massacring each other or trying to survive in creative ways, all while moving or dying.

The catch to every event is that a lack of movement on your behalf literally kills you. A handy meter at the bottom of the screen rapidly depletes whenever you stand still. Even jumping doesn’t count! You need to run, baby, run! It’s a quirky dynamic that adds extra depth to the multiplayer madness. 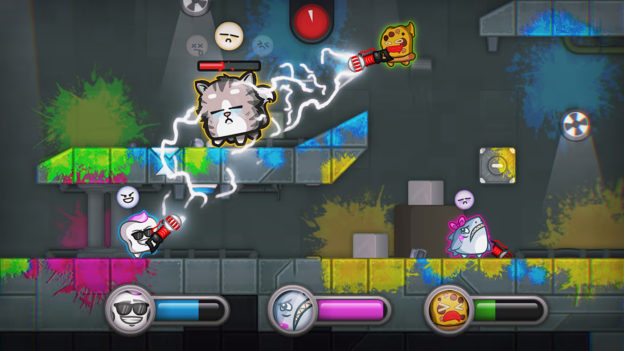 And madness it is. There are over 30 minigames to choose from. Each is super fun and generally easy, with a brief screen showing the required moves before play. There are too many to mention, but some stand out more than others. One lets you set off tiny robot bombs that follow the ground until they hit someone, exploding and killing them instantly. Another has you chasing lollies, of which there are only enough for each player bar one – last one there is a rotten egg (who explodes). Yet another game involves collecting treasure and dumping it into your treasure chest; the one with the most treasure wins. No explosions this time, though you can steal from each other. Oh, and you still have to move or die.

There’s one where you have to wear the crown the longest. One in which you have to shoot each other, but you can only shoot when you jump. You wield chainsaws in one, but can only attack each others’ backs. There’s one in which you have to score points by putting a ball through a hoop, which is ridiculously hard. There’s a platformer race. There’s even one in which Tetriminoes literally fall on top of you. The whole concept is well-designed and provides hours of entertainment when you’re with a group of friends. Or kids. Or anyone, really. 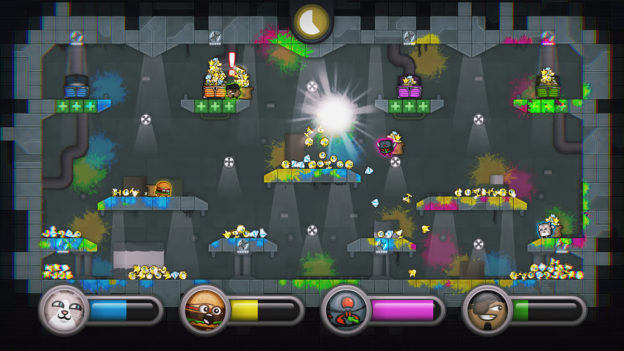 There’s an online mode, too, meaning you can race and maim anyone who dares to challenge you from around the world. It’s not quite as enjoyable as playing with someone in the same room, but it’s still fun. There’s also a daily challenge to incentivize you to check in regularly, with more characters and levels as rewards. I didn’t find this as engaging as playing locally, either, but thankfully, that’s enough for me. And more options and modes can only be a good thing.

Overall, Move or Die: Unleashed is an insanely frantic multiplayer game that’s sure to have you laughing and cursing in equal measure. Everything about it is fast and fun, in a colorful, explosive way. Just don’t forget to keep moving .. or die.

Move or Die: Unleashed is a fast and furious multiplayer game that’s so fun, it hurts. There are many crazy minigames to try, each with the overarching goal of moving or dying. It’s sure to have you laughing and cursing in equal measure.