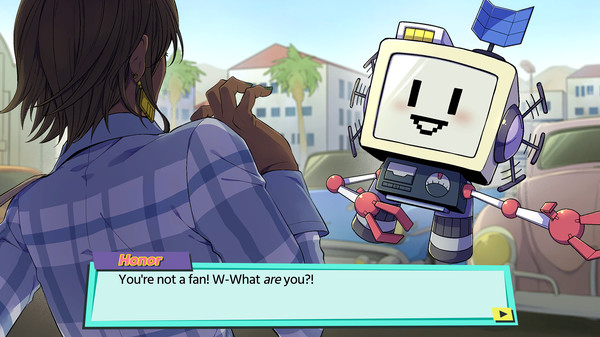 Murder By Numbers is a puzzle game centred around a murder mystery, both inspired by and featuring TV detective dramas. While its core components aren’t typically found together, the creators have done a brilliant job of combining them in a way that really works.

You play as Honor Mizrahi, an actor with a starring role in a crime drama show called Murder Miss Terri and the daughter of a real life detective. As shooting wraps on the most recent season, the real drama begins. You are informed that your contract is not being renewed for the next season. As you are leaving for the last time, your friend and producer Blake is found murdered and you have to prove your innocence.

With help from SCOUT, a robot you met and befriended in the parking lot, you have to question people involved and find clues around the set. SCOUT helps you find and decipher the clues, which factor into the gameplay in the form of pixel-based puzzles. These are easy to pick up and get gradually more challenging as the narrative progresses. 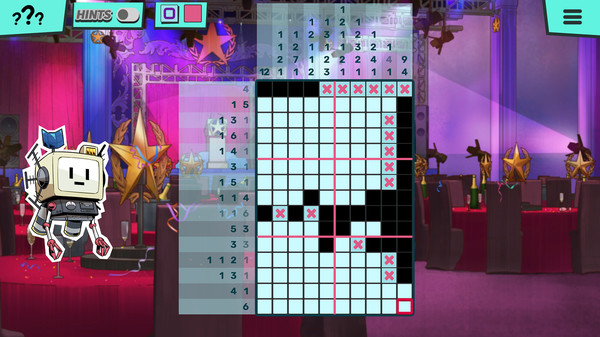 The balance between the story and puzzles is struck really well. You can also unlock bonus puzzles as you go, which is great because they get very addictive.

The narrative itself is split into four parts. There is an overarching plot that links them all together, drawing in both Honor and SCOUT’s backstories and connecting the four murders at the core of each part. Details are very well utilised to build the game world around the limited settings and characters you actually engage with.

The story captures the feeling of a schlocky TV crime drama perfectly. There are genuinely funny moments that lighten the mood, despite the seriousness of the murders. The relationship between Honor and SCOUT feels like any other buddy cop coupling in a way that is genuinely heart-warming at times. 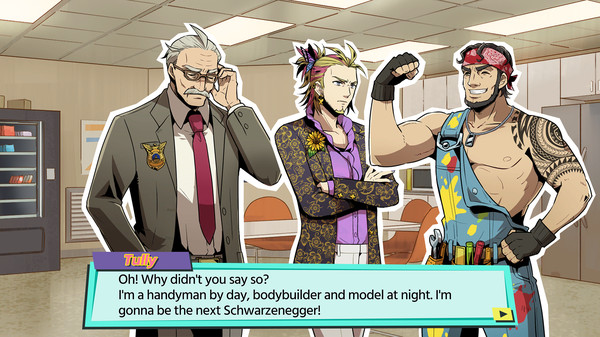 Even the aspects of detective shows that are somewhat cheesy – like overly dramatic or clichéd characters and formulaic storytelling – are implemented really well into the game. They’re there, but they don’t read as poor narrative form. They fit the genre so perfectly that, although they might be annoying in a game that took itself more seriously, in Murder By Numbers they are absolutely part of the charm.

The narrative of the game can only really go in one direction. You don’t actually have a whole lot of control over the story. But Murder By Numbers does a decent job of making it feel like your influence matters. If you choose something to say that doesn’t fit the plot, it will divert you back to the right one fairly quickly. But if you pay attention to what’s going on, it’s not hard to know which clues you should be sharing and who you should be accusing, so you feel a good sense of agency.

Murder By Numbers is a fun game that blends two genres incredibly well. It gives the puzzle game genre an interesting narrative and adds an addictive extra layer to murder mystery narratives.

Murder By Numbers puts you into the heart of a detective drama with fun characters to hook you into the story and puzzles that give your brain a decent workout.