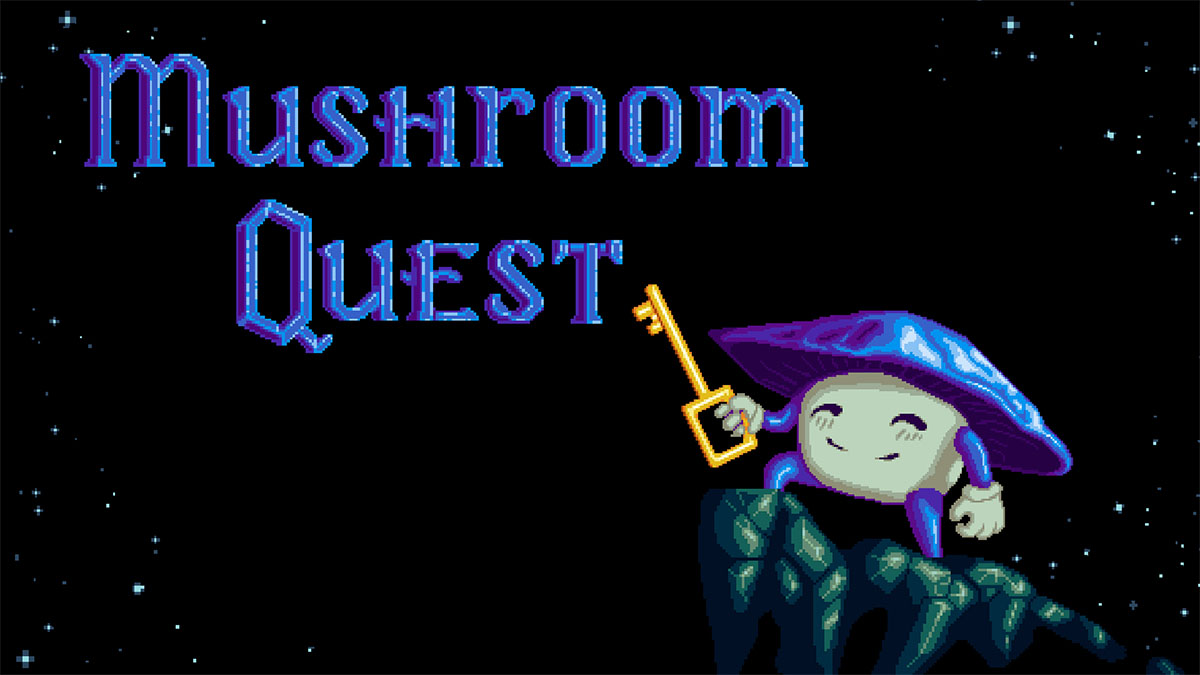 Help a mushroom find its payday.

Mushroom Quest reminds us that blocks have been a part of video gaming from the moment video gaming was conceived. In the late ‘70s and early ‘80s everything on screen was just a big block of a different color, and we were cool with that. Rotating and dropping them became its own phenomenon that carries over to this day. Can you think of any modern Nintendo games that require you shove blocks around to reach a certain goal? A rupee-filled chest, perhaps?

It’s no real surprise, then, that we’re still getting block-based puzzle games like the $3 Mushroom Quest for Nintendo Switch. Here, you’re a little, blue mushroom tasked with shoving around boxes in a manner that gives you access to all of the coins scattered about the level. 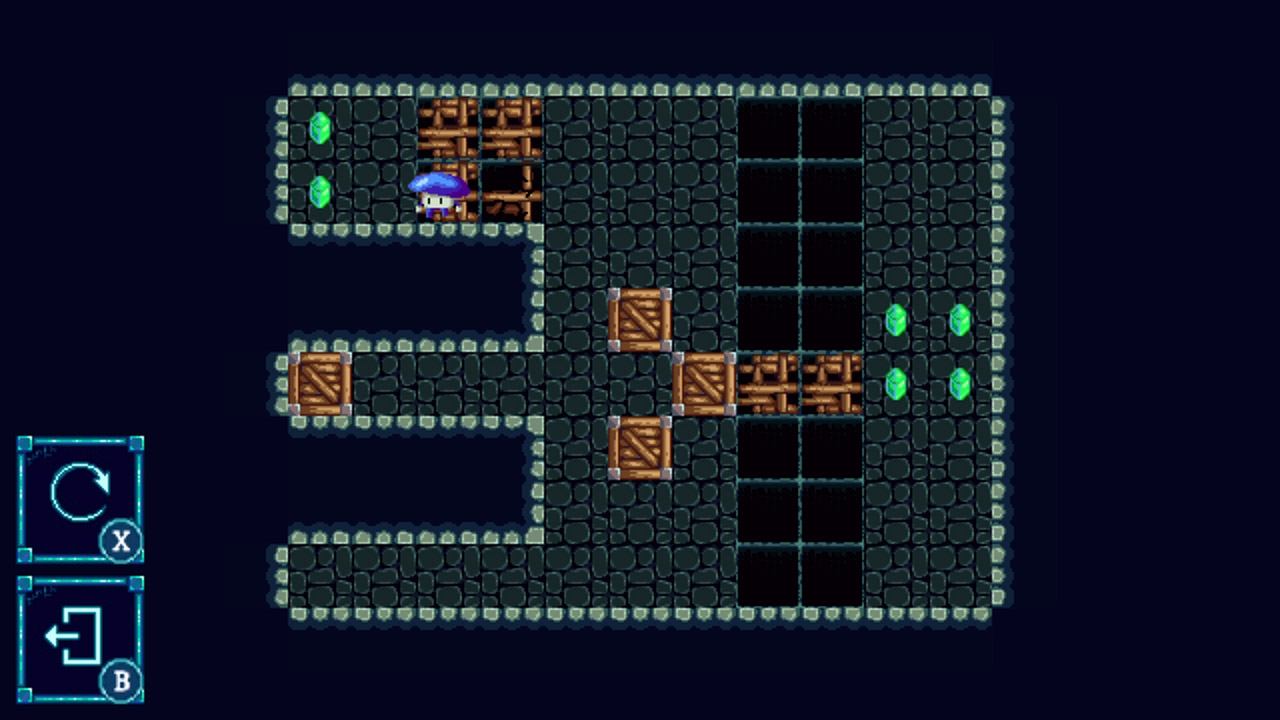 Collect them all, and it’s on to the next puzzle. It’s a job I once considered making my career, but the lack of an organized block-pushers’ union meant low pay and no workers’ compensation.

It’s a rigorous, dangerous job, you see. Myriad obstacles—such as locked doors that require keys to open and buttons you must trigger in a specific order—make for long hours. And don’t get me started on the floor traps that disappear after you walk over them. Each puzzle is presented on a single screen, but just studying it is rarely enough to solve it. Rather, trial and error is the best method. This game gets quite difficult quite quickly, after all. 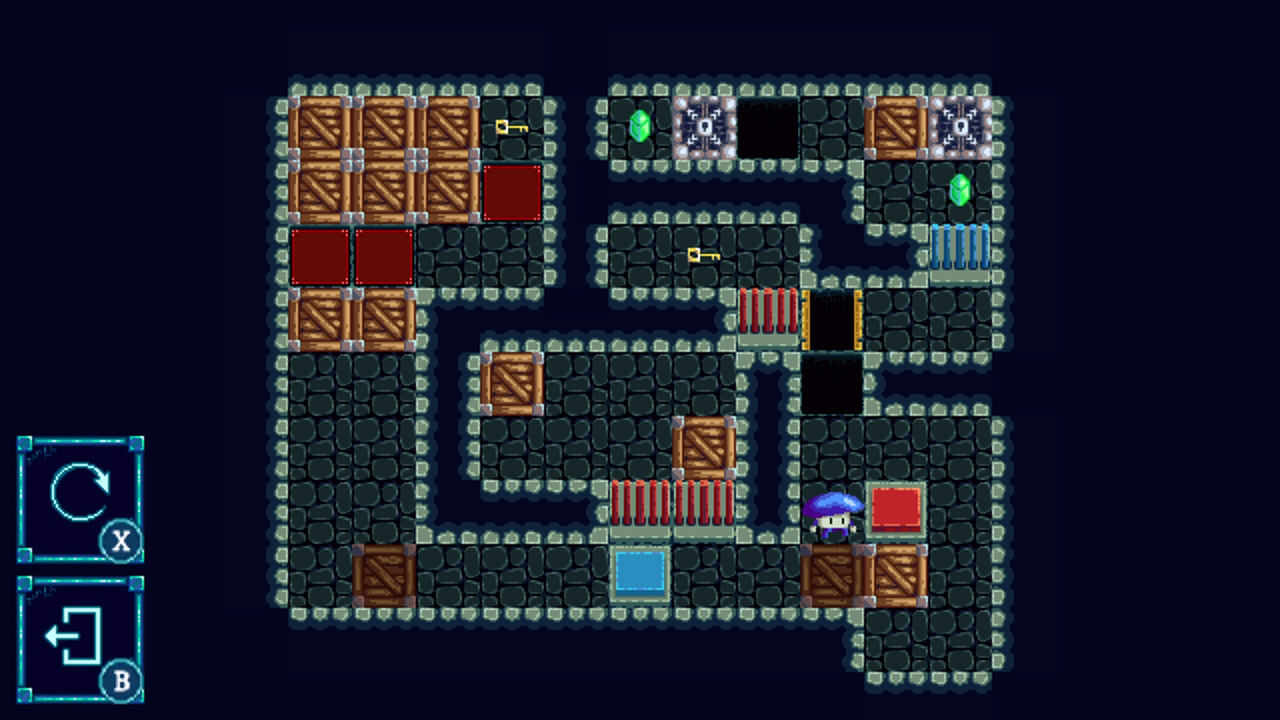 Perhaps that’s for the best, really. Mushroom Quest contains only 30 mazes, so the ability to breeze right through them would make for a very short game. Getting to the key may be easy, but getting back to the door with the key in hand is going to require a few tries before you leave a path with all the rickety steps in place. There are no star ratings available for over-achieving. There’s no time-limit to increase the stress factor. You don’t get to decorate a house or some such nonsense between levels. It’s just the puzzles, and that’s enough. 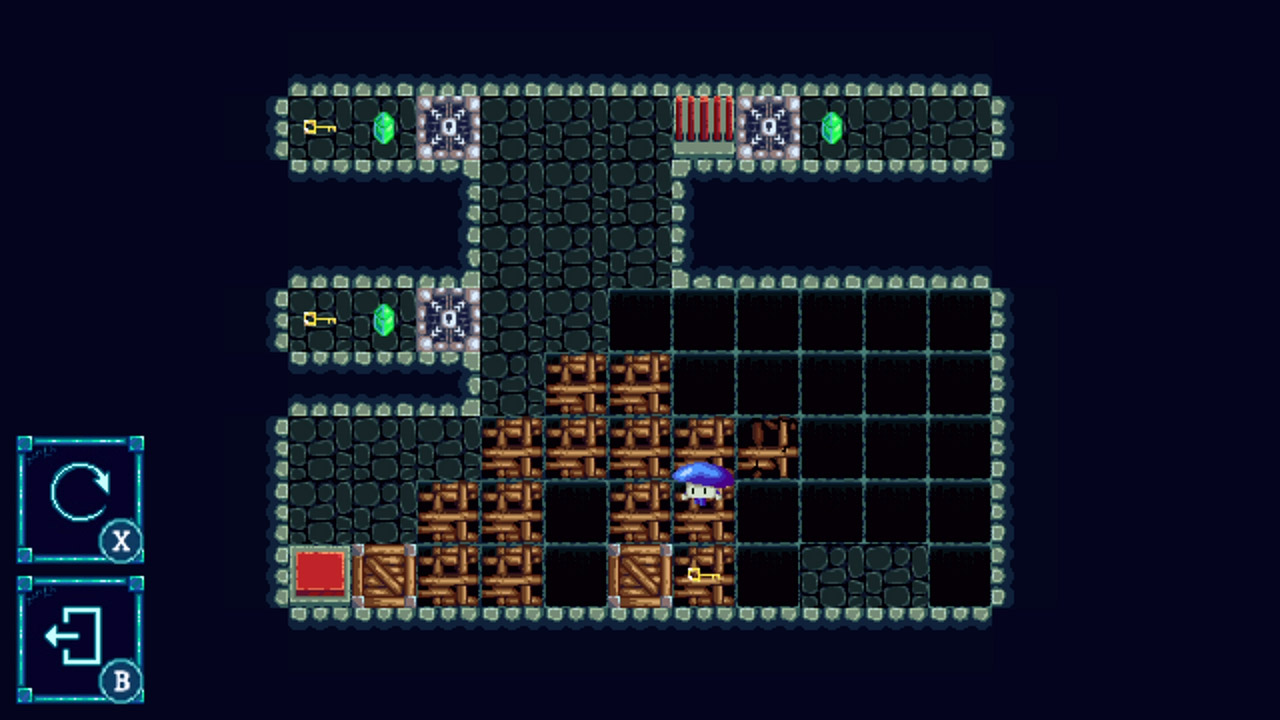 All of this is presented in graphics that hearken back to a time when games like this were considered major releases and sold for $20 to $30 bucks. Mushroom Quest looks like a game you’d get in the SNES package with your Nintendo Online subscription, and that’s a good thing in this case. The simple graphics allow you to focus on the puzzles, and they make it easy to play in both tabletop and handheld mode.

If I had to file a complaint, however, it would be that some of the obstacles don’t change much visually after you’ve altered them, making it difficult to know that a new area is now accessible. I’m speaking specifically of the red and blue elements in the screen capture below. Can you move past them in their current state? You won’t know until you try. 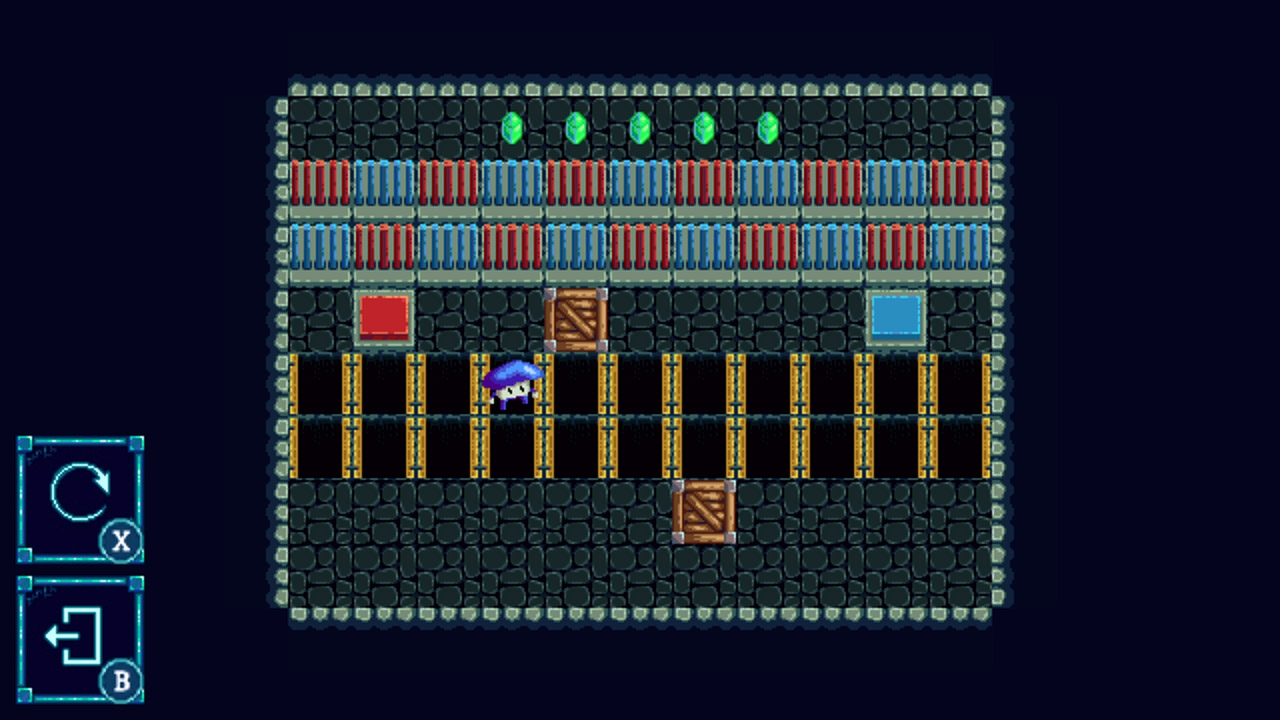 Truthfully? It’s hard to be all that negative towards a game that costs just $3. As long as it’s competent and provides a few hours of enjoyment, it’s worth the cost. But Mushroom Quest is actually a bit better than that. It forgoes the gimmicks of similarly priced (or even free) competitors and focuses squarely on the puzzles, meaning it has to present a challenge to hold your attention. And that, it does.

Puzzle fans seeking a light diversion may not want to devote the time required to solve some of the later challenges in Mushroom Quest, but serious solvers are going to be pleased with this purchase. Long live the block (and the mushrooms that push it).