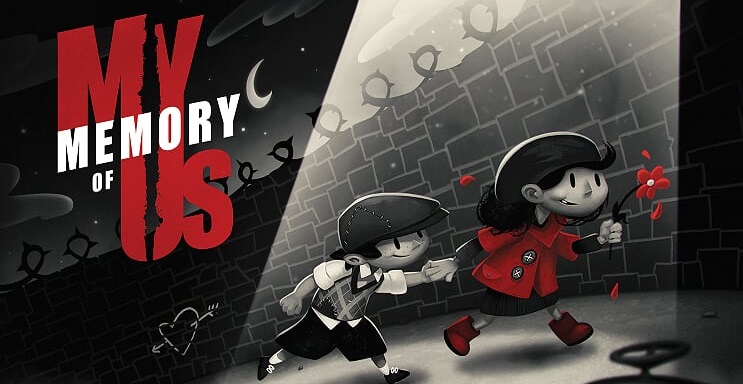 My Memory of Us is a charming adventure/puzzle game from the developers at Juggler Games and Crunching Koalas. The story follows two Polish kids as they try to survive in a world overrun by war and killer robots. As crazy as that sounds, the gameplay is pretty chill and there isn’t really any combat involved when it comes to progression. No, with this game you’ll be using your brain, instead of brawn.

Yes, the game is black and white. The only other color you’ll see throughout your adventure is a little bit of red here and there. Red is used to highlight items that you can interact with. Later, it’s also used by the robots as a way to segregate the humans into groups. It never really gets too detailed in the description of the story, but most players will understand that the plot of My Memory of Us is based on the invasion of Poland during World War 2. So there are some dark undertones and situations that you get roped into, but nothing too graphic or traumatizing. The game is actually very respectful in its attribute to this historical event. 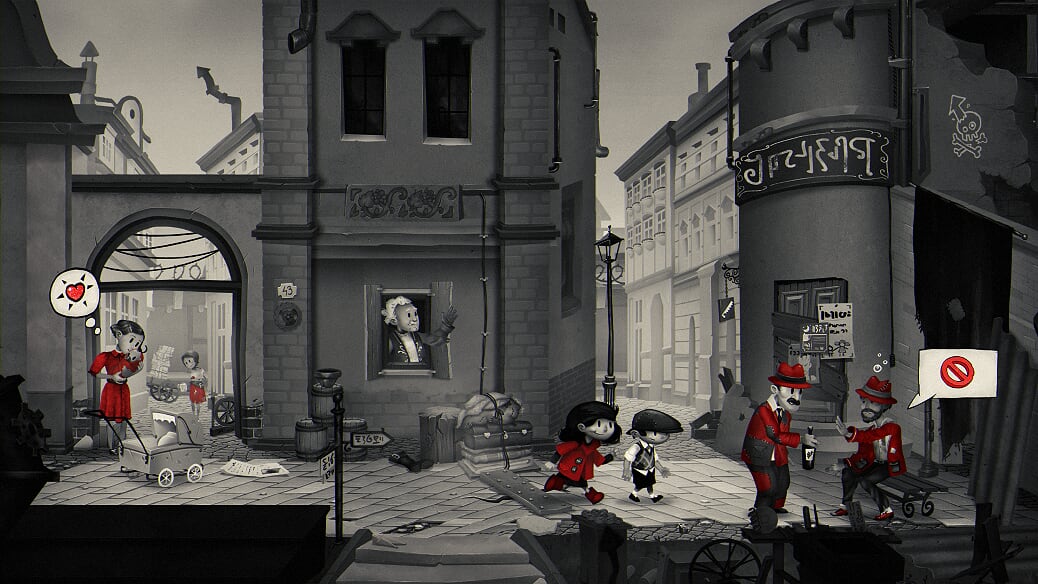 You start off the game playing as the (nameless) boy. He’s trying to escape a group of guards that is after him, and ends up running into the (nameless) girl who helps him escape. The two pair up and become best friends. Throughout this harrowing journey, they help each other out using abilities that are unique to each of them. For example, the boy has a pocket watch that he can use to reflect light. This can blind robot guards so you’re able to sneak past them. The girl is equipped with a slingshot that she can use to trigger switches and cause distractions. By pressing X, you can join hands and walk together, this is how you will travel for most of the game. You can also switch between characters any time with the press of a button. 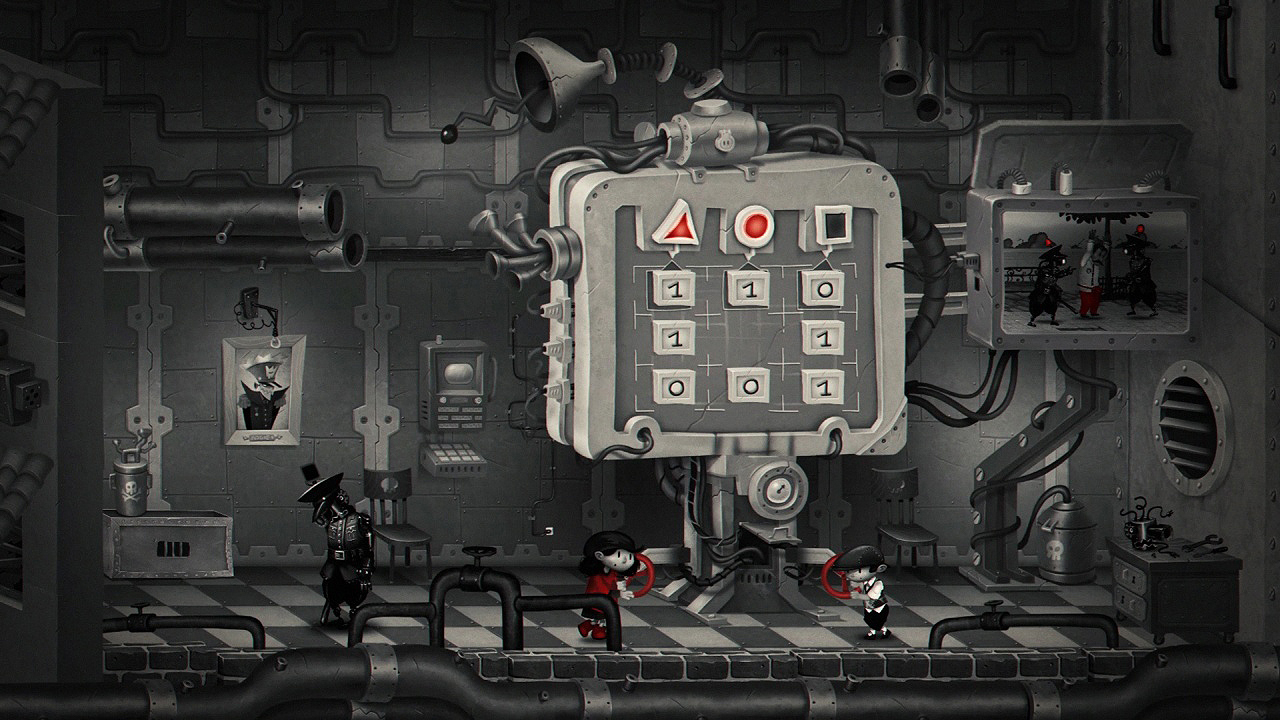 Guiding the children around is harder than you would think. They don’t jump so you have to create accessible platforms for them to cross. This is where the puzzle aspect comes into play. There are numerous areas where you have to sneak past a lot of the robot guards. Some of them are flying, others are just walking around. As long as you stay out of their line of sight you’re fine. You can find places to hide or objects to interact with that you can use to block their vision. There are also quite a few places where you need to find a secret code or the answer to a puzzle to open up a new area or locked door. This was one of my favorite parts of the game. It’s really nothing special, I just had fun trying to figure them out. There’s just enough difficulty to make it a challenge, instead of a chore. 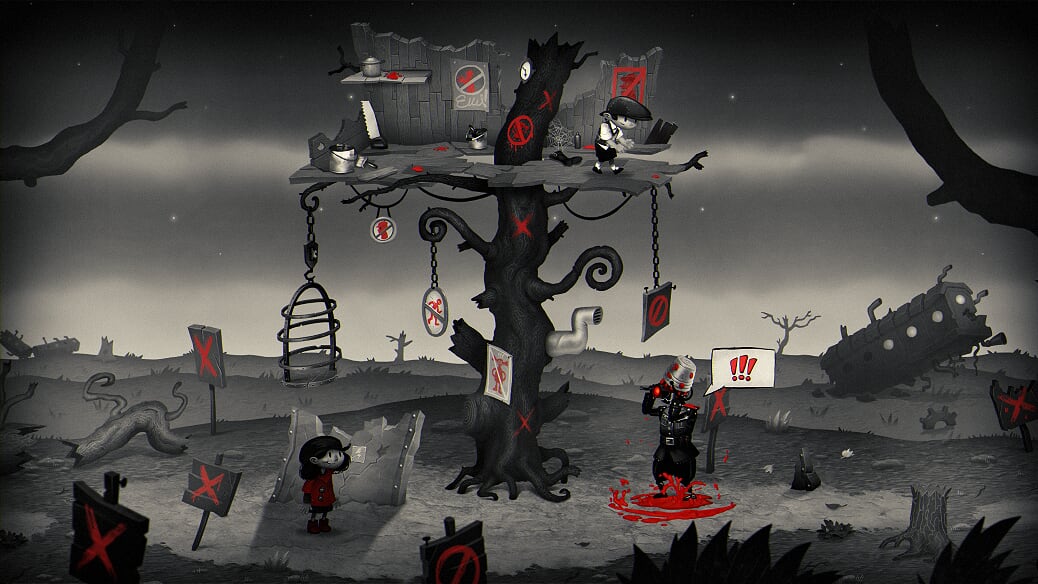 There was one time that I couldn’t figure out one of the puzzles. I thought I was doing something wrong and spent a while trying different things. Apparently it was the game bugging out or something because when I restarted it and went back to that area there was a new command popping up that wasn’t there before. That’s really the only problem I had with it. Sometimes the gameplay would get a little repetitive but it stayed interesting. Some of my favorite and most memorable parts of the game are when you’re trying to get to a new area or past a fleet of robots and you’re guiding the two kids around in some sort of vehicle. 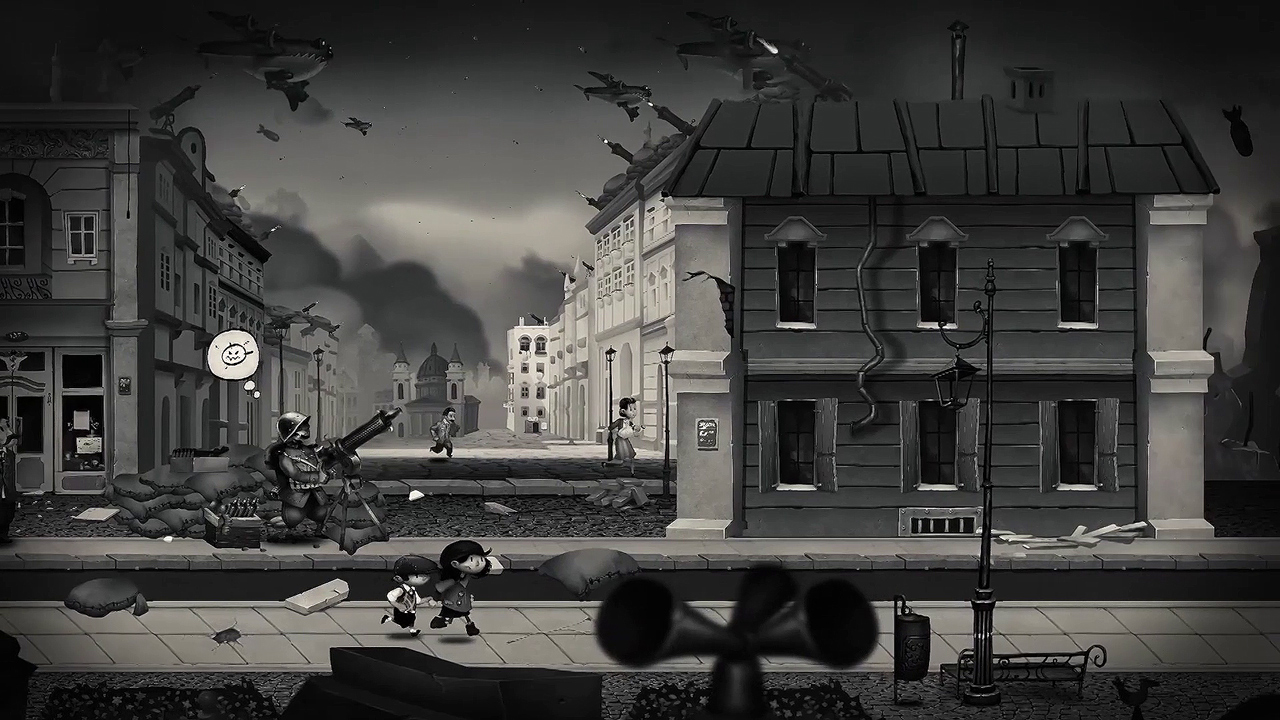 Some players might not be a fan of the black and white theme but I didn’t mind it. It’s almost like when you’re watching an old movie or show and forget that color TV exists for a while. Plus I really enjoyed the Tim Burton-y style of the environments and characters. There’s also some nice animated cutscenes between each chapter. The cutscenes are the only time you’ll read or hear any dialogue. Some players will be delighted to know that Professor X himself (Patrick Stewart) narrates the scenes in My Memory of Us. I was pleasantly surprised when I figured that out. When you talk to characters or robots in town they speak using pictures or body language. It’s actually kind of original and makes things easier. I haven’t came across many games where I didn’t have to read paragraphs of texts to figure out what I needed to do next. 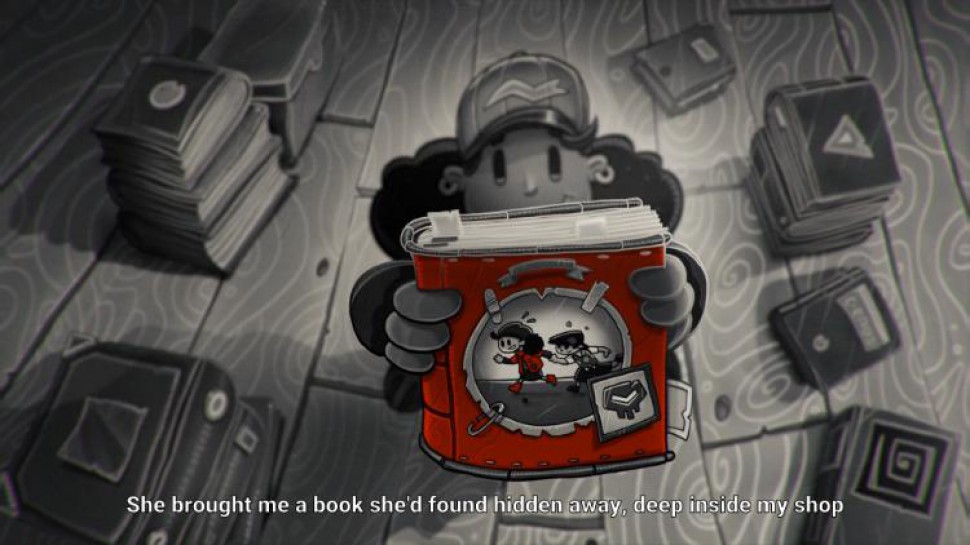 Overall the gameplay is intriguing. The story is emotional and you want to know what happens to these kids in the end. There’s also a great message about friendship and teamwork here. I played through the whole game and, while it might not be very long, I think it’s definitely one of the better games I’ve reviewed this year. The color palette might be bland but the art style was awesome. I like how simple it is, and the integration of the color red was also a cool little nod to the movie Schindlers List (I think). Either way, My Memory of Us tells a really good story that a lot of people can learn from and enjoy.

If you’re looking for a good puzzle\platformer on your Nintendo Switch, My Memory of Us is definitely one you’ll want to add to your wish list. Even though it’s a little on the short side the gameplay is fun, the characters are memorable, and the story has meaning. This is also an appropriate gaming experience for gamers of all ages.