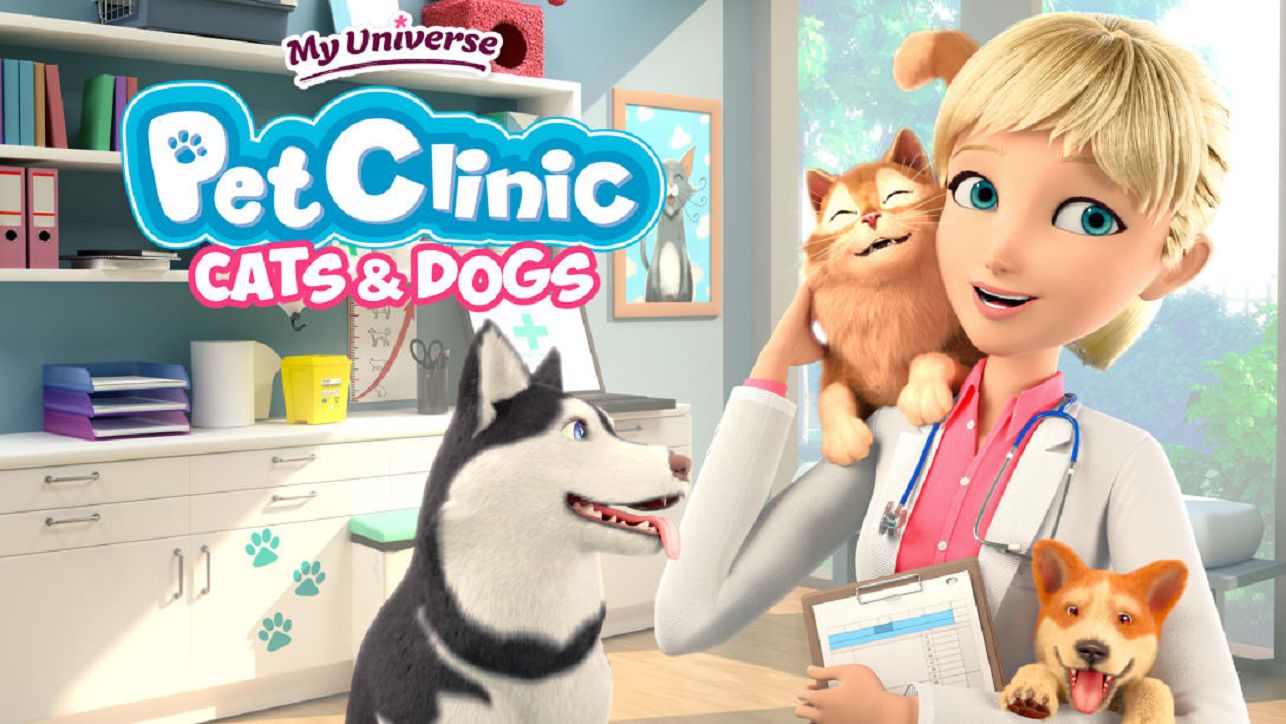 While the idea is sound, My Universe – PET CLINIC CATS & DOGS ultimately can’t quite deliver. Entertainment is short-lived, as this title never reaches its full potential.

The My Universe series has many games on the Nintendo Switch. Kids can simulate being a parent with a newborn, running a fashion store, teaching at a school, and more. We’ve been offered games in this series before, so I figured it was time to check one out finally. I was told that, even though this was a game for youngsters, anyone could enjoy it. Sadly, the enjoyment was fleeting, as the game fell into a formulaic pattern that failed to keep me engaged for long.

You play as the new owner of your grandfather Henry’s clinic. Things are a bit slow to start, with a too modest character creator and a couple of long loads. Once you get going, it moves at a quick clip. I’d say it’s too breezy, as you only see a pair of patients per day before closing up.

If you’re expecting the need for attentiveness during the examination, you’ll be bummed. Continued prompts all but eliminate the necessity for that. While I don’t expect a kid’s game to be difficult, a lack of challenge can lead to boredom. The timer doesn’t fit in this situation either, since why would you want to rush through a medical examination? In any case, the repetitive nature means gold trophies will soon be the norm as you succeed with haste.

Making matters worse, it wasn’t long before I started seeing repeat treatments. With only two pets per day, why must I do back-to-back identical diagnoses and treatments? It’s hard to shake the feeling of apathy in design. As caring for ill pets is the core of the game, this part could’ve been handled so much better.

The minigames for treatment were alright. I took some satisfaction in removing ticks since those little buggers have plagued me with Lyme disease more than once! But there just isn’t enough variety to hold your interest for long. The entire game has much of a lather, rinse, repeat vibe. 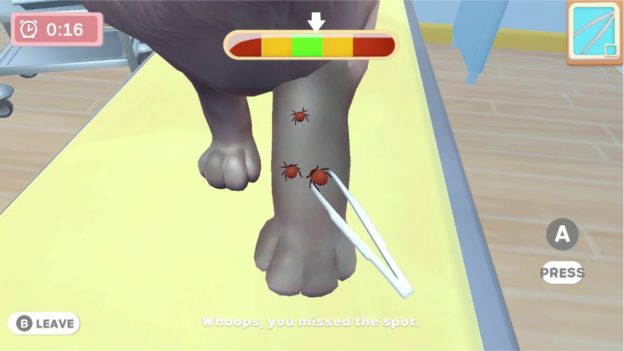 Thankfully the story is mildly compelling and kept me playing beyond the first hour, as I wanted to learn more about Jessica, my seeming rival from another clinic. But even as my clinic expanded, the gameplay really didn’t. Limiting the clinic to cats and dogs is detrimental here since the game isn’t of a high enough quality to support such an exclusive focus.

While the pets are cute, this game as a whole is visually meh. The colors are on the duller side, and the animations are stilted. The music fares no better, with its main folksy track consisting of too many short loops. Like the game itself, it lacks variety.

I’m not the target audience here. Rather than being a game for the whole family, My Universe – PET CLINIC CATS & DOGS is very much for younger kids. I can see them enjoying it for a couple of hours before the repetition cements itself. But this is a $29.99 game, and there’s no way to justify that price. The quality isn’t high enough for what ends up being an average game in most respects that kids will grow bored with. So wait for a deep discount or pass on this one altogether. Kids warrant something more captivating. 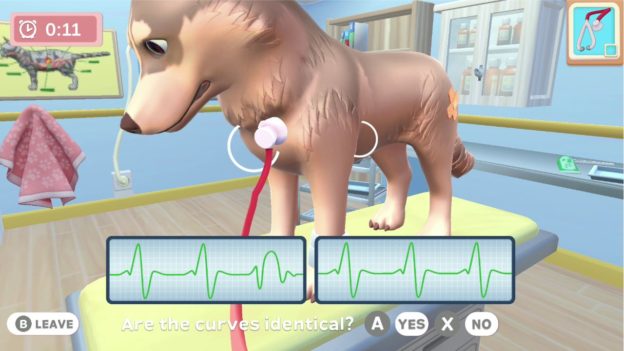 Rather than being a game for the whole family, My Universe – PET CLINIC CATS & DOGS is very much for younger kids. I can see them enjoying it for a couple of hours before the repetition cements itself. But this is a $29.99 game, and there’s no way to justify that price. The quality isn’t high enough for what ends up being an average game in most respects that kids will grow bored with.