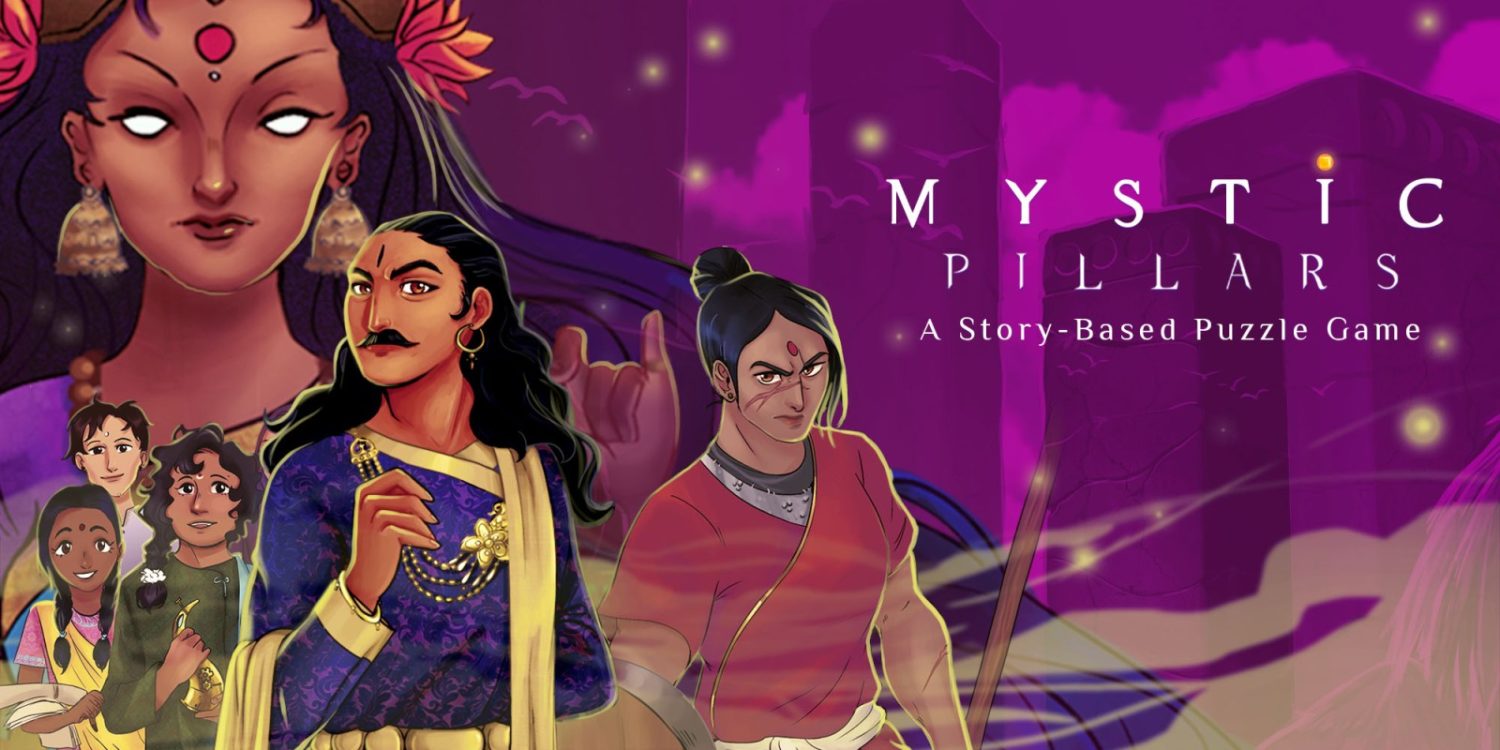 Mystic Pillars is a puzzle game by Bangalore-based developer Holy Cow Productions. The game itself is set in ancient India, mixing story-based cutscenes with puzzles. The puzzles are based on the traditional Indian board game Ali Guli Mane, a variation of Mancala. Throughout the game the player will face 100 levels to overcome, 25 of which are unique to the Nintendo Switch version, with story elements sprinkled along the way. 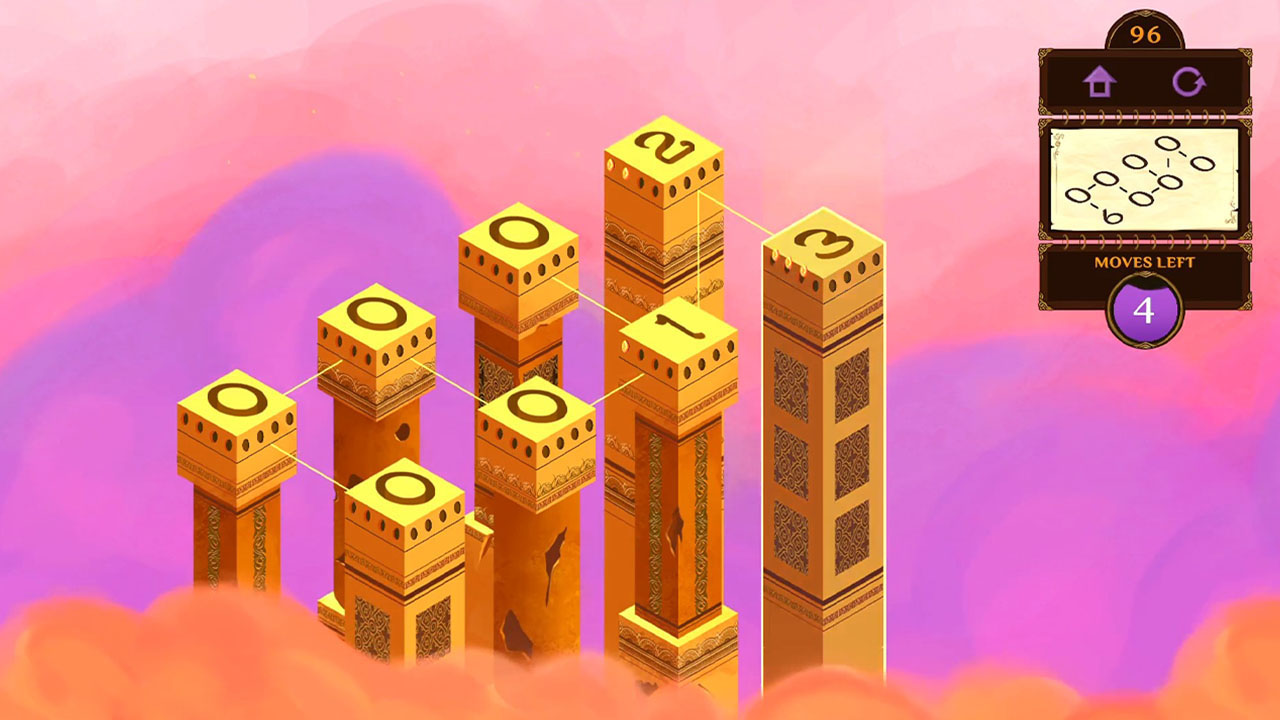 Mystic Pillars is my first interaction with this style of puzzle, the goal is to change the number of gems in each pillar so it’s in line with what’s being asked of you. You only have a limited amount of moves, along with other laws in the game to abide by, like only being able to move gems a certain distance depending on your gems and pillars. Admittedly, it took me a little while to wrap my head around, but the game does a great job of easing you in gently before really ramping up. Once it does get going, though, this game is no walk in the park; at times it can be brutally challenging.

One of my only real gripes with Mystic Pillars is the lack of hints. There’s nothing quite like the feeling of beating a level you’ve been stuck on for some time, however it can grow frustrating staring at the same puzzle for longer than I wish to admit. Overall it’s only a minor issue, but over 100 levels there will certainly be times you wish you could get an assist. 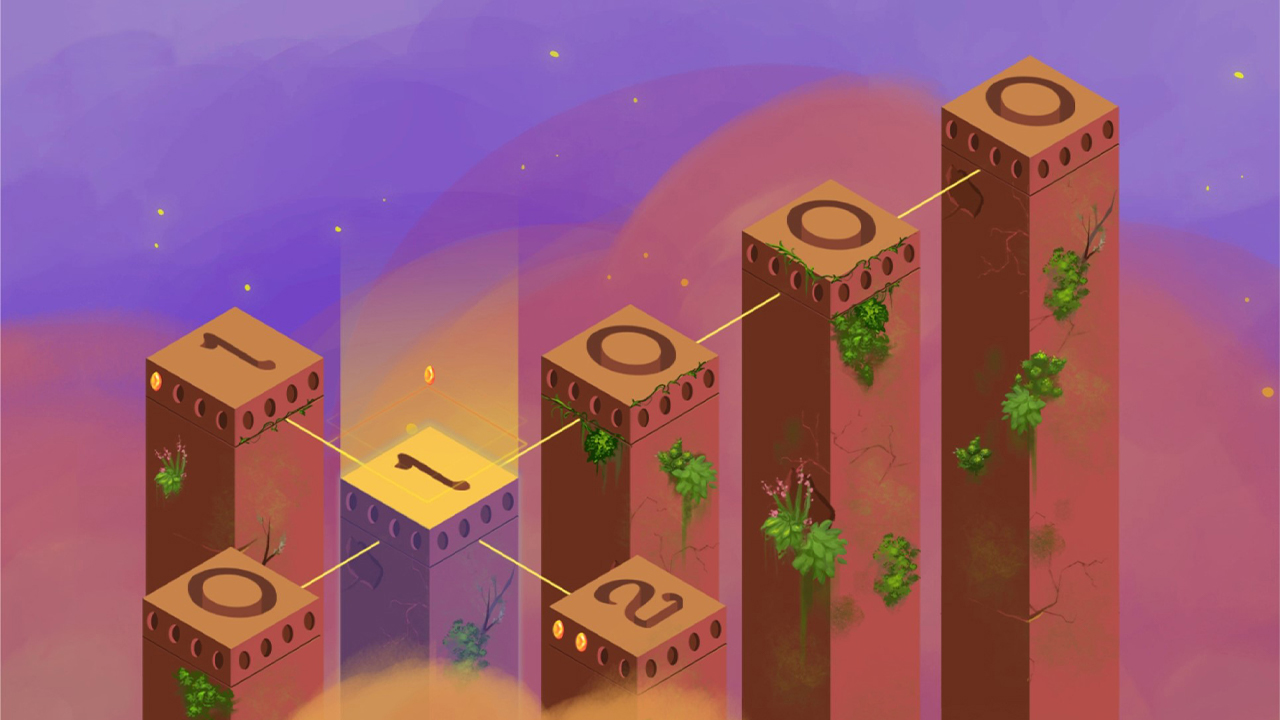 The story being trickled throughout is a nice touch and it’s a genuinely interesting tale. It’s not groundbreaking by any means, but it feels like a good reward for completing each puzzle. It also adds a narrative reason for why the background and music changes. You play as a traveller who is moving through villages attempting to unblock the River Tungabhadra that’s being held up by pillars. Mostly the story adds context, but it’s also a good insight into another culture, one the developers are incredibly passionate about. This is reflected during the cutscenes where the narration can be in Kannada, a language found in the south-western region of India. I haven’t played many, if any, games set in this part of the world, so being able to get a taste of another culture is a fascinating opportunity the game presents.

The game is aesthetically very pleasing, with the visuals being very clean and crisp, utilising a good use of colour on the backgrounds of each level. The map is also done well, gradually coming to life as you complete more and more puzzles. All of this is complemented with peaceful music as you complete your tasks. A lot of the time, a good puzzler can be an opportunity to get a podcast on the go as you play, but the music here is very calming and worth listening to. There is a real synergy with the way the game is presented; everything is pulling in the right direction together to make a complete experience. 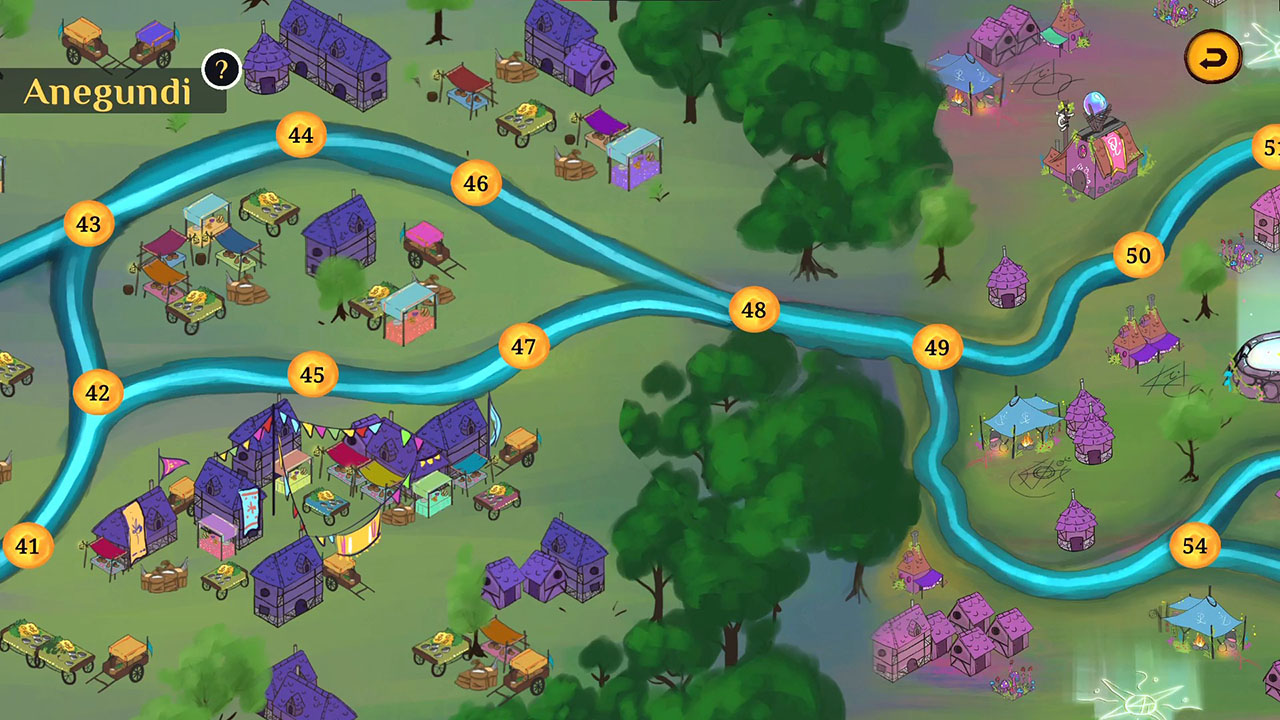 It’s very clear to see when playing Mystic Pillars that a lot of care and attention has gone into this charming and unique game. Over 100 levels it may grow a bit stale, but it’s the perfect game for anyone who enjoys a tranquil puzzle game that can offer a bit of a challenge. Due to my lack of exposure to the game Ali Guli Mane, Mystic Pillars is also a game I’m very grateful to have been able to play as it’s exposed me to a small slice of another culture.

Mystic Pillars is a challenging but fair puzzle game, offering strong visuals, music and story to accompany the puzzles. For anybody who enjoys a fresh challenge Mystic Pillars is worthy of your time.