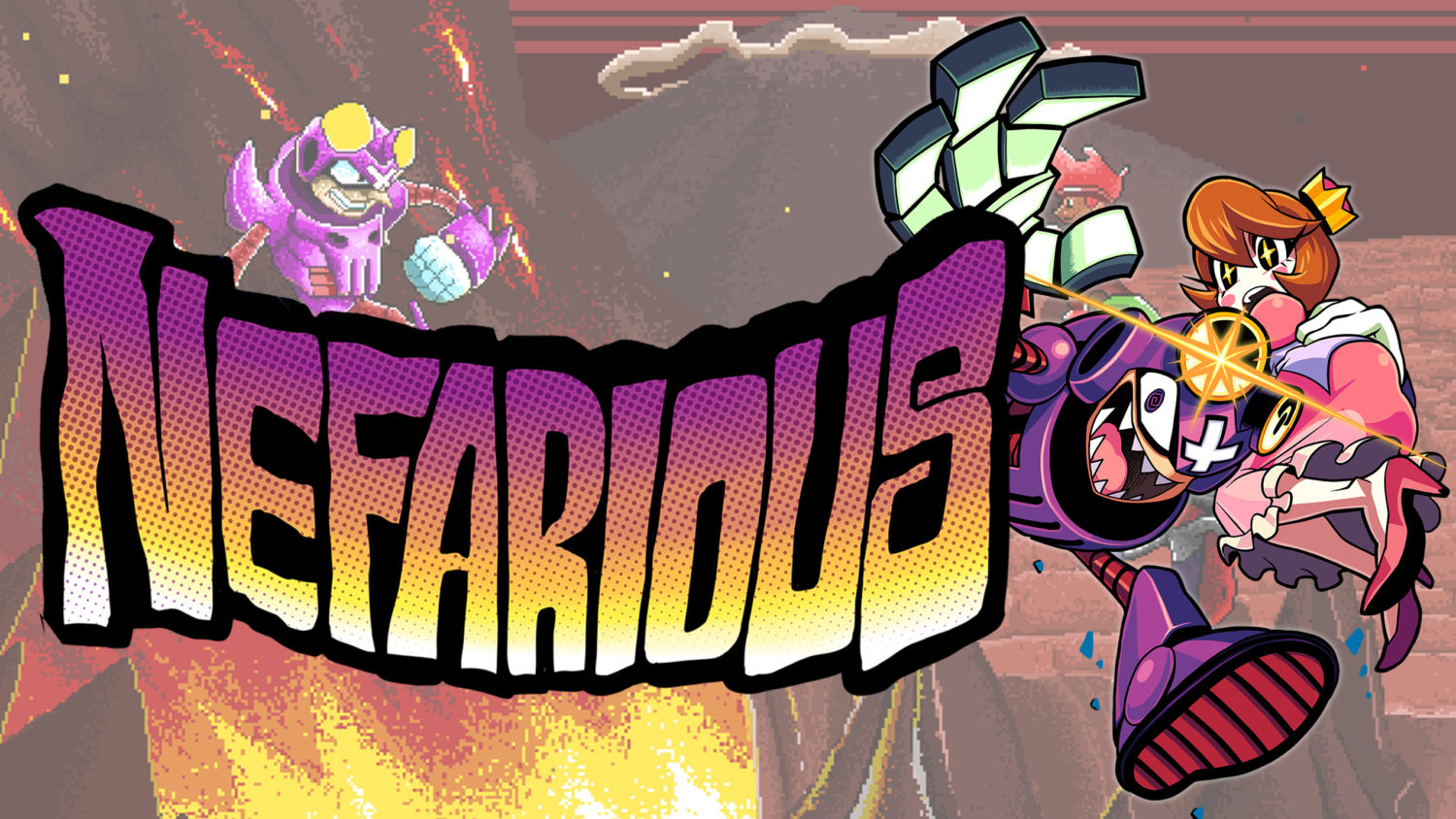 Wanting to be the bad guy is almost clichéd these days, in a world after Grand Theft Auto. Despite the massive amount of evil lurking about, Nefarious remains all its own. 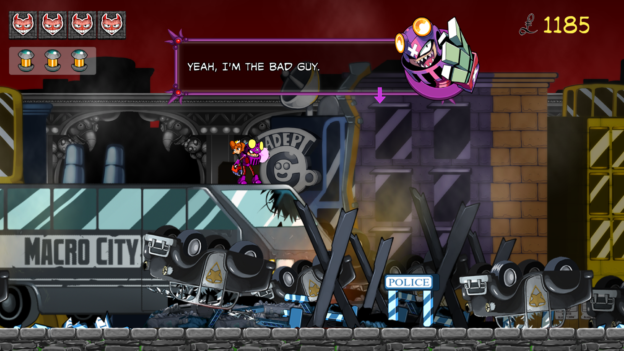 The game begins with a bang, in the middle of a metropolis plagued by a nasty villain. Surprise! That villain is you, in this case, a robotic baddie known only as Crow. He’s right in the middle of his latest nefarious (get it?) plan, with a damsel in tow no less. Capturing Princess Mayapple is just the beginning of his master scheme. He’s going to utilize the magical energy of Mayapple and a handful of other monarchs to power a massive doomsday machine.

Nefarious is a platforming adventure like the Mario’s and Sonic’s of the past, turned on its head. It carries the story, imagery, and elements that sound familiar to anyone who’s ever played a game from the 16-bit era. The spin Nefarious offers shows you what an adventure would be from the perspective of a Ganon, Bowser or, perhaps most especially, Dr. Robotnik.

Crow comes armed with a pump-action punch that fells most enemies in one blow. That, combined with a few grenades, a dedicated goon squad, and a massive airship bearing his branding is all he needs to jump from kingdom to kingdom to achieve his goal. The platforming parts of every level are challenging enough to not become stale, but your fingers may get tense with anticipation for the end of the level. Like any great platformer, there are boss fights, just not the kind you’re thinking of.

If you’ve ever dreamed of operating one of Dr. Robotnik’s mechs, Nefarious comes close to capturing the magic. Each world comes with its own hero, the yang to Crow’s yin. Hand-to-hand combat is far too sporting for any villain to pursue, so Crow climbs into one of many mechs, resembling everything from the wrecking ball Robotnik’s Egg Mobile-H (you know, the one with the wrecking ball) to full-blown Gundamn-like devices.

The mechanics of piloting these boss robots take some getting used to, and the heroes are a little too good at their job. Still, it’s hard not to love every second of this insane perspective the game offers. Who knew the classic boss fight could be turned on its head? 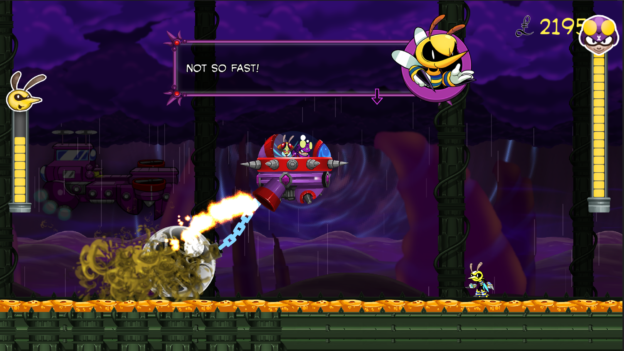 Insanely innovative boss fights aside, there’s not too much you haven’t seen here. Granted, what you have seen has a fresh coat of evil that makes it shine like a Chaos Emerald. The dialogue between each character cements this entire game as half love letter, half parody of the SNES/Genesis era. Making tribute games is an insanely difficult thing to get right (cough, Mighty Number 9, cough), and Nefarious passes with flying colors.

It’s hip to be square? Nah. It’s hip to be Nefarious! Grade A platforming, hilariously charming characters, and reverse boss battles make this indie stand out among a bloated genre. It would be downright nasty to give this title anything less than a perfect score.