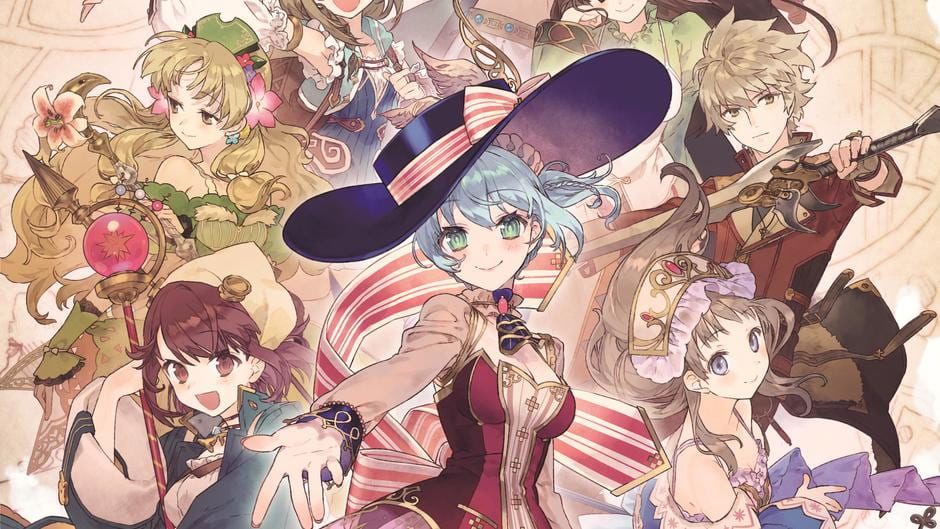 Nelke & the Legendary Alchemists: Ateliers of a New World is a spinoff in the Atelier franchise. It features many of the same characters from the previous games. It is a game that focuses heavily on town management and building. In fact, it reminds me a lot of SimCity but with RPG mechanics. Unlike other games in the Atelier franchise, the main character is not an alchemist. Although, she can work with other alchemists and help them manage their ateliers in town. While this game is a spinoff, Japanese developer and publisher Gust has stated they hope to make this game its own series in the future, in addition to the mainline Atelier games.

The amount of characters in this game is absurdly remarkable and is enough to make any Atelier fan go insane. The game adds new characters to the series, as well as returning ones. The new characters are Misty Ellude, Kunos, and Lotus McGregor, all of whom have their own charming and unique personality. Returning characters include but aren’t limited to Marlone, Lillie, Pamela, Hagel, Judith, and Viorate. There are many more returning characters, although for the sake of surprise I’ll leave that for you to discover.

Nelke & the Legendary Alchemists is translated to English, although the voice acting is not – at first I took issue with this, having never played an Atelier game before, although it quickly grew on me. I found that the voice acting combined with the text was actually quite satirical, and the voice acting helped me appreciate that even more so. Visuals-wise, this game does exactly what it needs to do. It does not disappoint in handheld mode or docked. The graphics are not anything special, but they do not need to be in this sort of game. The crisp textures and pleasing art style are enough for anyone to appreciate.

Although, that is not to say there is not anything special about this game, as that is far from true. The amount of gameplay systems, and depth of each, is truly remarkable. There are numerous gameplay scenarios to be had, whether you are researching, investigating, producing, building, selling, or helping the fellow town alchemists in their atelier. My personal favorite gameplay scenarios were investigations and building.

The game is significantly focused on the finding of the Granzweit Tree. This tree is very important to the alchemists and the protagonist Nelke von Lustern. In order to find this tree, Nelke and the other characters’ daily lives are divided into two ways of play: Holidays and Weekdays.

On holidays, you can either further your bond with the townmates through visiting the other characters, or even just progressing your research menu tab. Holidays are also meant for you to pursue your Granzweit Tree adventures through investigations. Investigations are like ‘adventures’ that you can take the characters on in pursuit of finding materials you might need to further develop your town. Investigations aren’t just limited to one path though, as there are many you can unlock through purchasing with the in-game economy system. Each path has its own unique enemies to battle, and materials to gather.

The battle system in Nelke & the Legendary Alchemists: Ateliers of a New World is very satisfying. The way the battling works in this game is you have a meter bar and on it are your characters as well as the enemies. Whenever each enemy or character reaches the ‘attack’ stage of the bar, you can select between various combat strategies. There is also a gauge meter for special attacks. The way combat is handled in this game is phenomenal, and definitely something other RPG developers should take note of. 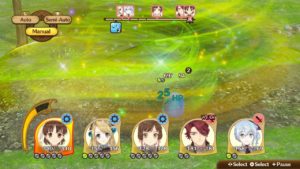 Weekdays are meaningful for several reasons. On weekdays, you can put in requests at the different ateliers for items to be synthesized using materials that you gather from investigations or even produced in your town. Another important thing to do on your weekdays is to further build your town. There is a wide variety of things to build in your town that will prove useful, such as a general store, grocery store, vegetable plants, groves, churches, etc.  Not only can you build on weekdays, but you can also manage each building being built. Researching in this game is exactly like what it suggests; you have a skill-based like tree where you have several options to choose from in order to further help develop the town.

Nelke & the Legendary Alchemists: Ateliers of a New World has plenty of content to keep you busy for many hours to come, further extended through its post-story offering. The game offers a Season Pass “Town Building 5-Item Set,” this pass is available free of charge to those who download the game any time during the two weeks after launch. It is unclear at this time whether or not this content will be available separately, Koei Tecmo America states on their site that it may be available to purchase later. The season pass includes the Gust 25th Anniversary BGM Pack 1, Gust 25th Anniversary BGM Pack 2, Gust-chan (a new resident for your town), Atelier 20th Anniversary Appreciation House, and a Mysterious Alchemist Statue.

In addition to the season pass offering, another challenge known as the “Gate of Underworld” will appear after clearing the game. It is a new route for investigations, which tasks you with taking on never-ending hordes of monsters. The types of monsters will appear at random, but each will get increasingly stronger the further you get. This is great incentive for anyone looking to challenge themselves and see how far they can go. 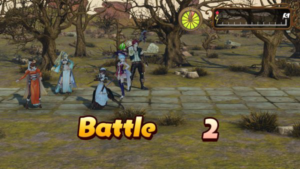 Whether you are a true fan of the Atelier franchise, or just like RPG’s and town simulation games, this will surely satisfy your thirst. It has enough gameplay elements, with depth, to make any gamer have enough content to last them for a while. The story and voice acting made the already in depth gameplay systems even better. This game is a must buy for any RPG or town simulator fan, especially as the Nintendo Switch lacks in town simulation games.

Whether you are a true fan of the Atelier franchise, or just like RPG’s and town simulation games, this will surely satisfy your thirst. It has enough gameplay elements, with depth, to make any gamer have enough content to last them for a while. The story and voice acting made the already in depth gameplay systems even better. This game is a must buy for any RPG or town simulator fan, especially as the Nintendo Switch lacks in town simulation games.