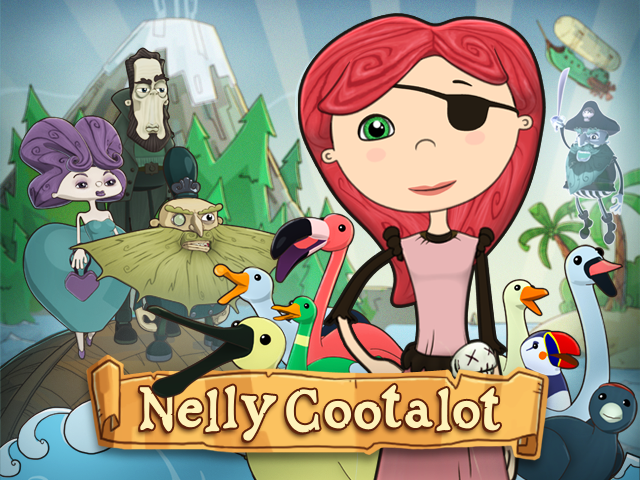 When its Kickstarter campaign ran in 2013, Nelly Cootalot: The Fowl Fleet raised £5,000 more than its target. Now, as well as being available on Steam, the much-beloved point-and-click pirate adventure puzzle game has been released on the Nintendo Switch.

You play as Nelly Cootalot, a pirate heroine and defender of innocent creatures. The ghost of your pirate mentor, William Bloodbeard, sets you on a mission to discover and stop the nefarious scheme of Baron Widebeard after he hypnotises and kidnaps a flock of birds.

Your adventure takes you across a wonderfully realised world, populated by charming and distinct characters, in ships that sail both the ocean and the skies. It plays with a lot of the tropes of traditional pirate stories to create a genuinely original tale. 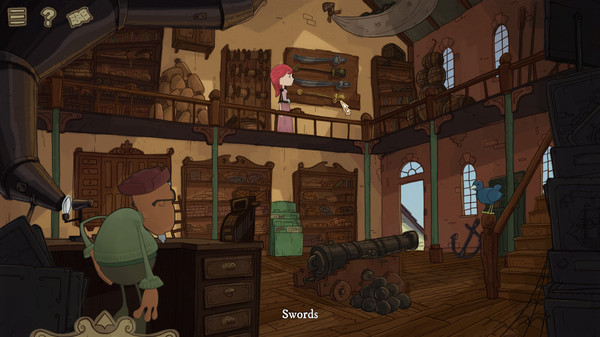 Nelly Cootalot: The Fowl Fleet gives you a lot of freedom to figure things out on your own. It is a very child-friendly game, but it doesn’t hold your hand when it comes to working out how to combine the various items you find to solve puzzles. It’s not always obvious what to do, but a little imagination can take you a long way.

The world is wonderfully crafted. The art style is adorable and packed with a lot of detail that demonstrates the love that went into creating this game. Each setting and character has a distinct personality, with the different elements of the story fitting effortlessly together into a vivid and engaging world.

A sense of humour is woven into every aspect of the game, with a sharp one-liner written for nearly every decision it is possible to make. It strikes a truly masterful balance when it comes to writing jokes that appeal to players of any age. A handful that might fly over the heads of particularly young children but nothing leaves anyone feeling left out of the punchline. 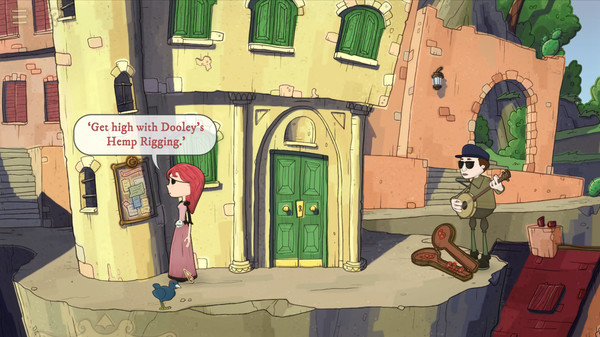 Nelly Cootalot: The Fowl Fleet is rated T for “Simulated Gambling, Use of Alcohol and Tobacco”, which seems fairly standard for a pirate adventure. There is no reason younger kids couldn’t play this, especially as the game makes it quite clear that the ruffians partaking in the gambling and drinking are not the good guys.

This nicely complements the general wholesomeness of the game overall. Your missions are based on helping people and animals, from solving the mystery of the kidnapped birds at the core of the story to helping a single coot out of a six-pack of plastic rings he’s caught in. It does this without feeling patronising.

It manages to make you want to be polite and helpful, even in a genre famous for ransacking and pillaging. 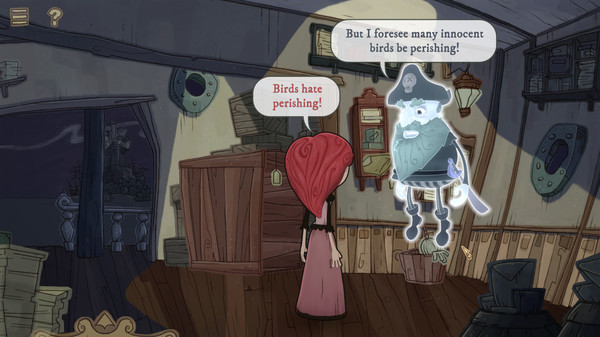 The point-and-click format has transferred well to the Switch. The controls are easy to pick up and don’t impede the decision-making process.

Nelly Cootalot: The Fowl Fleet is a wonderful game. It takes you on a fantastic pirate adventure and will genuinely appeal to everyone in the family.

Nelly Cootalot: The Fowl Fleet is the kind of charming and hilarious adventure game that only happens when real love goes into its creation.