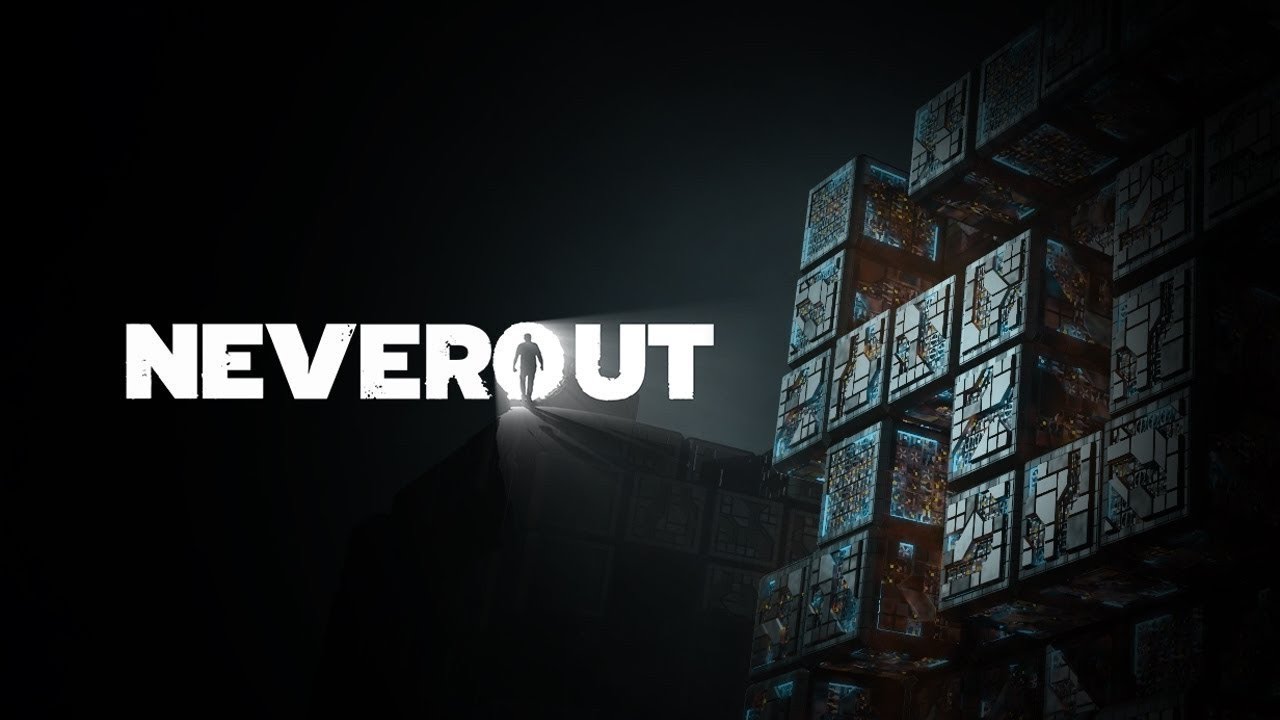 Right from the get-go with Neverout, the game immediately puts you into a harsh sense of claustrophobia that somewhat got to me. All that you see is darkened rooms and various traps ahead. The simple task at hand for the player? Finding your way to the next room while wondering what mysterious obstacles await you. However, for a concept that is at first intriguing, I found myself wondering if this experience was best left in the VR space where it was originally released. 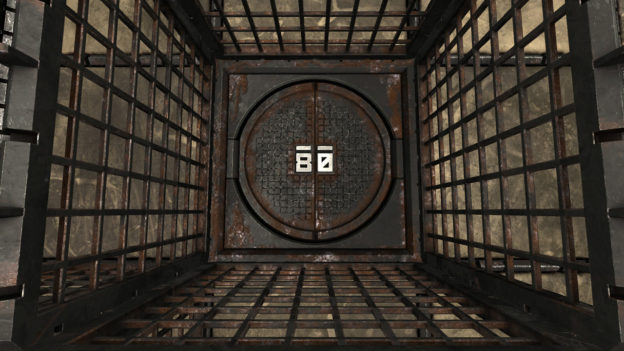 A first-person puzzle game based on the cult sci-fi film Cube, Neverout’s gameplay hook here is that every wall is basically a floor for you to use and navigate. So, positioning as you approach one side of a wall is key, especially during later areas. Each room has a hatch for you to reach to progress to the next room, but getting there will, at times, prove to be tricky. While the first batch of levels may not offer that much of a challenge, you’ll soon enough encounter various obstacles. These aforementioned obstacles and traps include electrical fields, short platforms, and even boxes that can help you reach your destination. But, be forewarned: some of these metal, cubed platforms can crush you if you’re not careful. 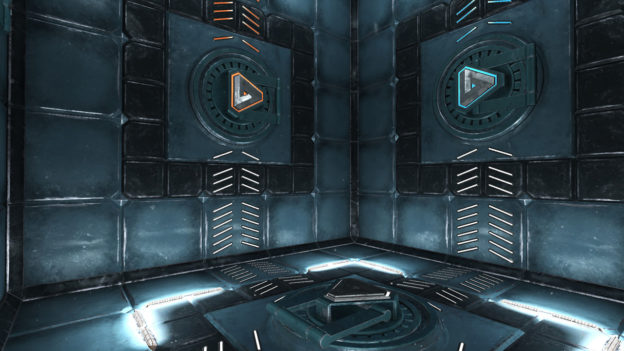 At first, Neverout can feel disorientating with you constantly changing views alongside its grey and black color palette. While each room does have its own set of rules of how to exit, it can become rather drab and boring even as the difficulty increases. One thing that is certainly lost from Neverout’s beginnings on VR is, well, the ability to use a headset to see your surroundings. The camera movements here are fine at times, but one can’t help think that Neverout being on a hybrid console like the Switch is not the ideal environment to relive an innovative and intriguing VR title. Don’t get me wrong, it’s certainly playable in this form and worth a look even if it takes three hours to complete the game’s 60-plus puzzles. Still, once that’s through, there really isn’t much out there in terms of replayability. 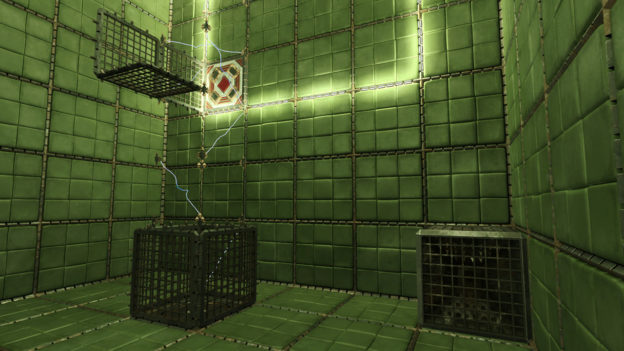 The idea here behind Neverout as a first-person puzzle game that tackles the sense of dread and claustrophobia is a rather ambitious one. Yet, the transition from being a unique VR title to a console port suddenly loses that concept’s luster quite a bit. However, that doesn’t mean it suffers in overall quality too much with its puzzle design, despite it being a rather short affair. Neverout’s various puzzles and death traps are beautifully crafted and will get your head in a flux as you wonder how to escape. Still, if you somehow have the required VR set-up, then I’d highly suggest going that route for the full look and feel. Otherwise, Neverout on the Switch does its best to recreate an immersive journey that tests your judgement of depth and perspective within a dark cube. Even if its best experienced wearing a headset, Neverout on Switch is at most worth a quick look.

Even if its best experienced using a VR headset as it was originally intended, Neverout on Switch is at most worth a quick look for it concept and intriguing puzzles.