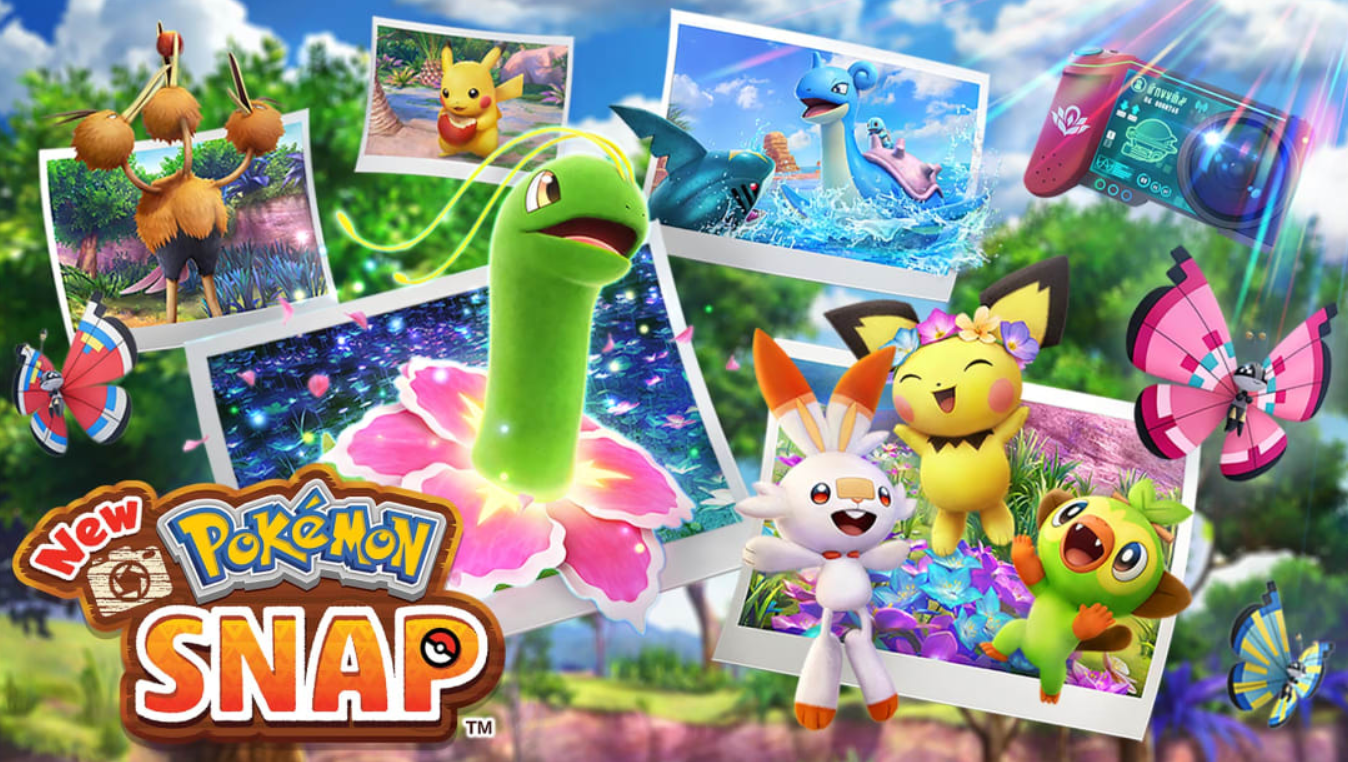 Riding a wave of over twenty years of built-up anticipation, New Pokémon Snap revives the iconic N64 Pokémon photography game for Nintendo Switch. You assist Professor Mirror with his research into the Lental region by taking photographs of Pokémon in their natural habitat.

You ride along tracks in a vehicle called a NEO-ONE. You explore beaches, volcanoes, jungles, mountaintops and even undersea. You can encourage Pokémon into more unique photos by playing music and offering them treats.

The story follows your investigation into the Illumina phenomenon. Some Pokémon seem fascinated by peculiar glowing flowers called Crystablooms which shine brightly when hit by an Illumina orb. Other Pokémon respond directly to being hit by Illumina orbs, including enormous ones that effectively make up boss levels in Illumina spots. 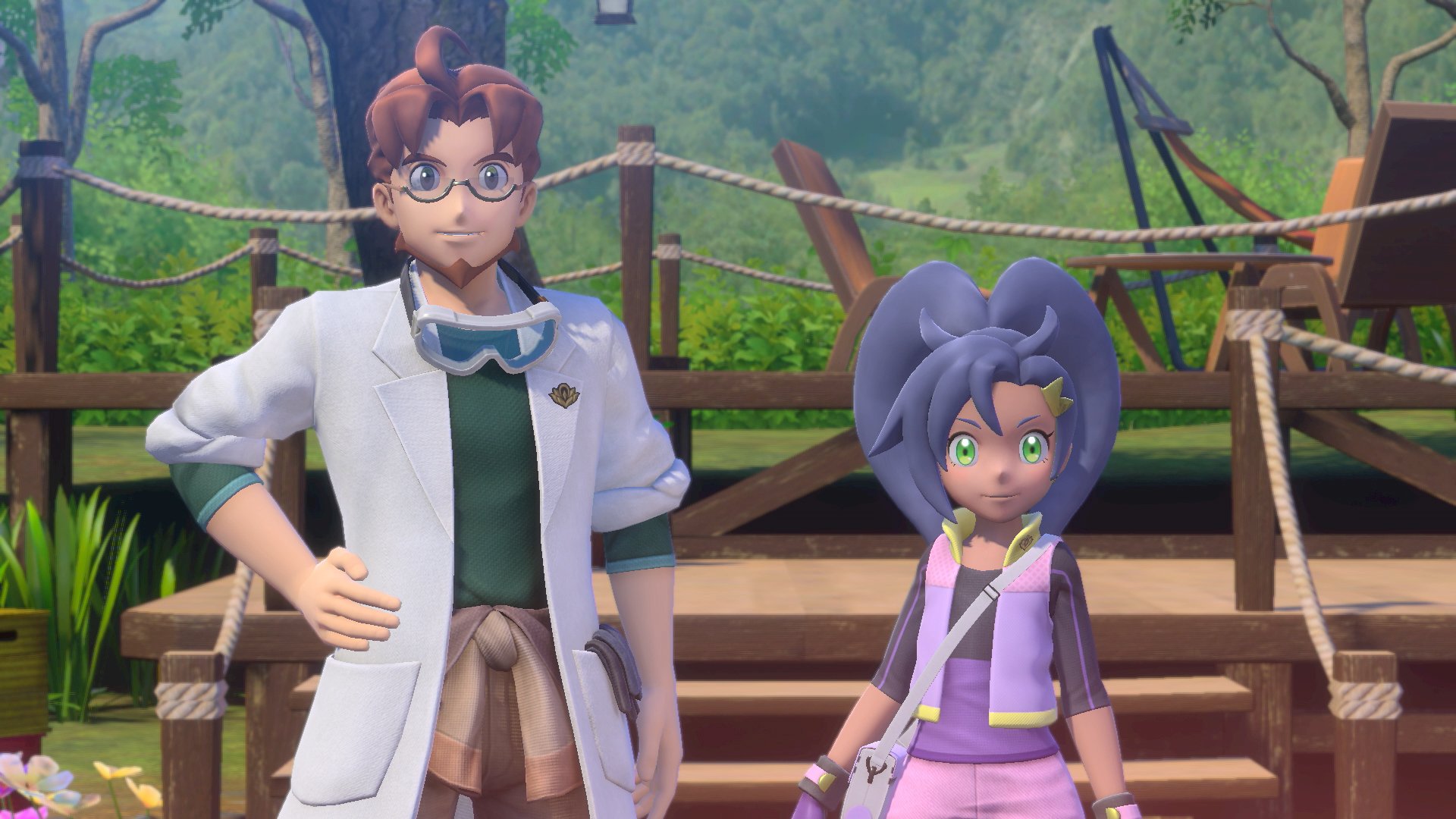 By its nature, New Pokémon Snap can get repetitive. The secrets paths and new Pokémon that are revealed the more you play each route only take so long to unlock. However, it is incredibly rewarding when you’ve run the same course multiple times and finally get the perfect photo of an elusive Pokémon. If you enjoy going back to beat your best score, you will love this game. To complete your Photodex, you have to collect four photos of every Pokémon. Each is scored, so even once you have them, you can retake them to get the highest possible rank.

These are also compared online with photos that other players have taken. This adds a fun element of friendly competition as well as the opportunity to easily share your favourite photos with your friends. 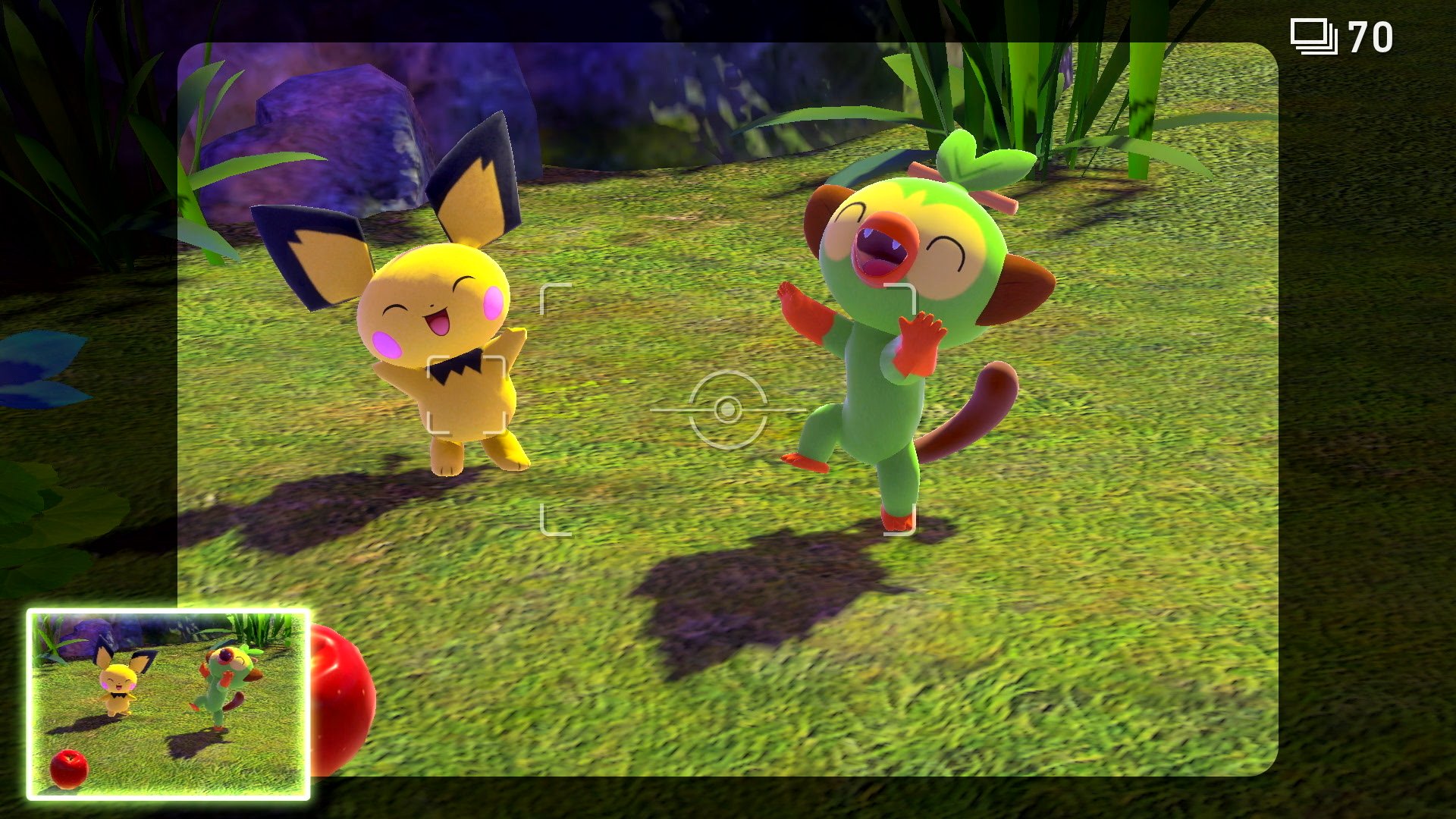 As well as completing the Photodex, you are also awarded titles for getting specific photos. There are around 200 of these, and they are far more challenging than you might expect for a game with such a simple premise designed to be played by children. Hunting down these specific shots is addictive. The story fades into the background around honing your photography (and Pokémon bothering) skills. It also introduces an element of problem-solving and creativity and really engages your brain.

The locations are stunning, and the map is very well constructed. It’s nice to see Pokémon in their natural habitats in a way that other games haven’t really done. It makes for a lovely opportunity to develop an attachment to Pokémon that look great but that you wouldn’t have on your team in the main series games. 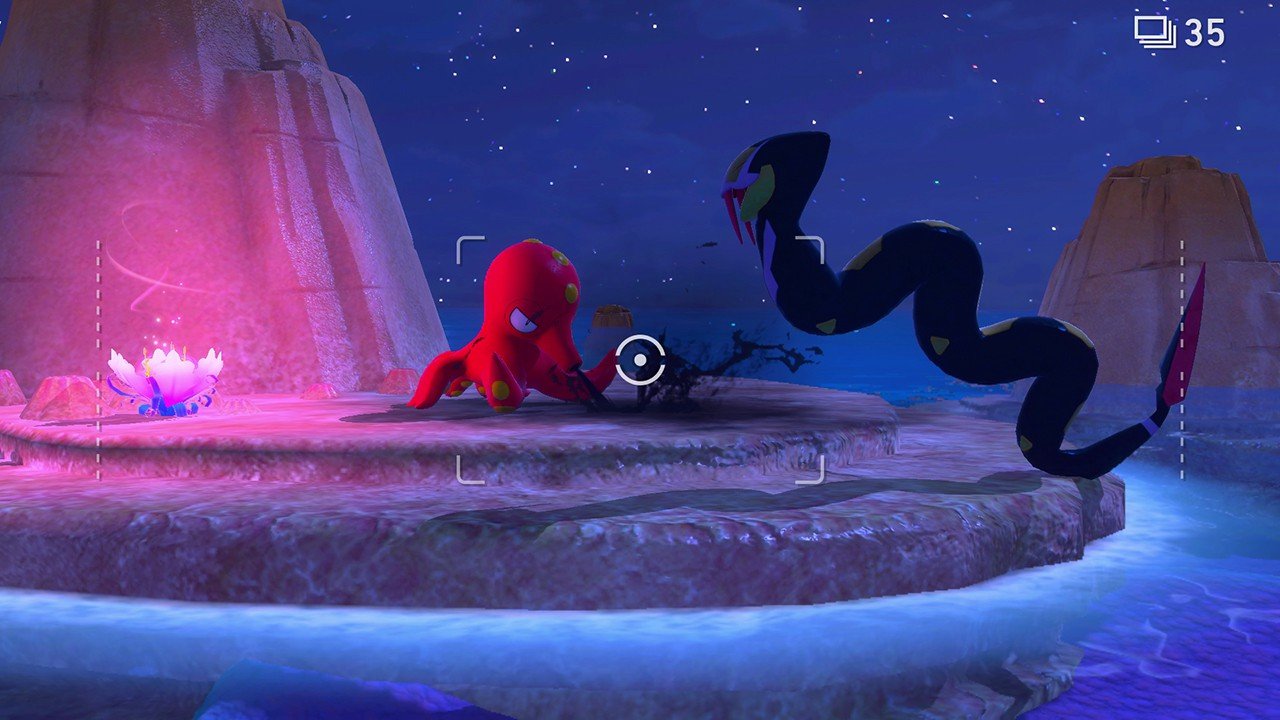 If you don’t engage with the side quest photos, New Pokémon Snap could be a short game. But it has a lot of the ingredients that inspire people to get so intensely invested in other Pokémon games, so it won’t have any trouble finding its audience.

Ultimately, it does deliver on what it promises: a gorgeous new location populated with adorable wild Pokémon. There are certainly elements that could be further developed, but for the first game in this line for twenty years, it works.

New Pokémon Snap is inevitably going to get mixed reactions from people who have had an idea of their hopes for it for the past two decades. It may not live up to some nostalgic views of the original. Some people might have wanted the remake to be more ambitious in its new aspects. 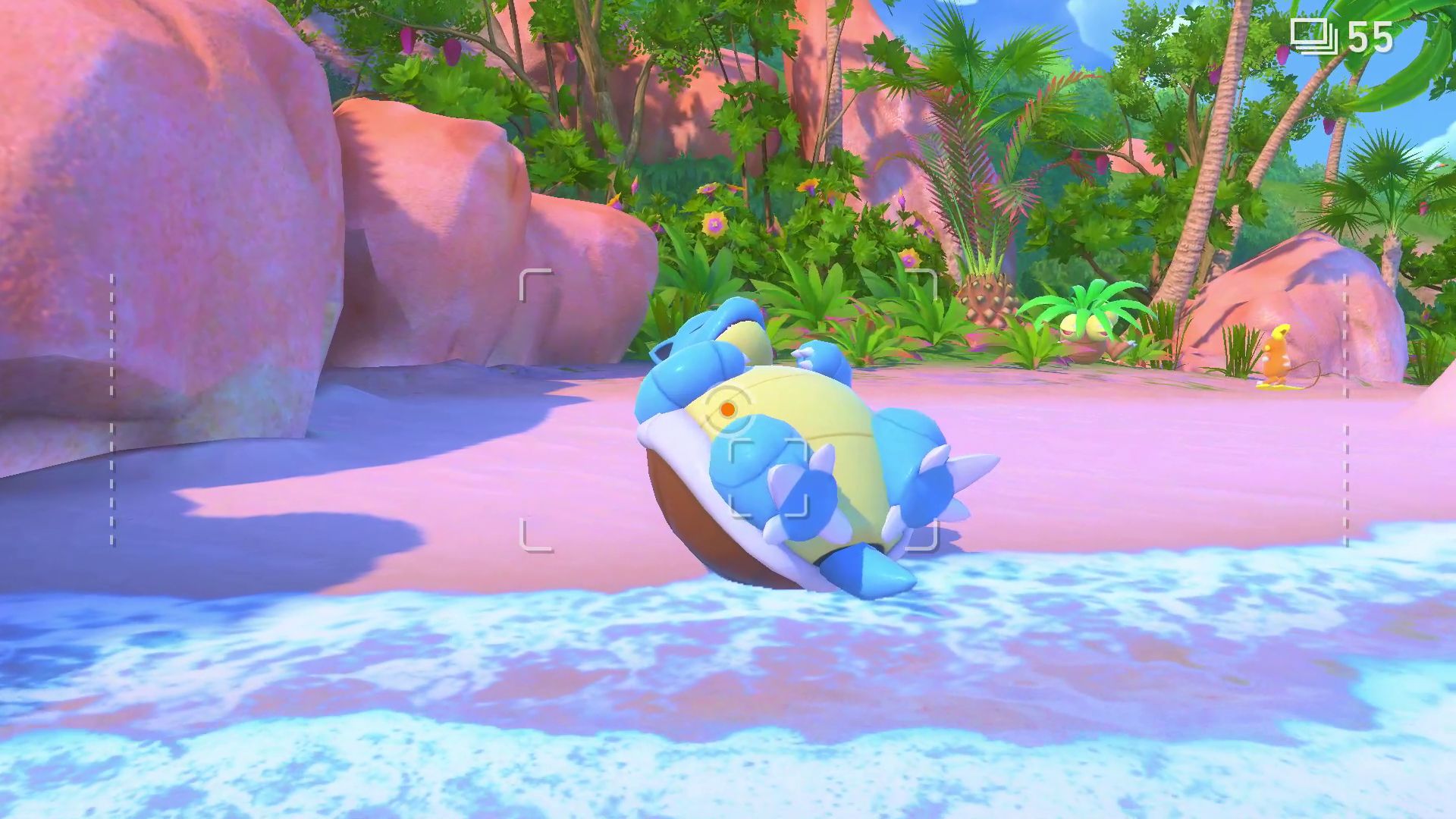 But New Pokémon Snap is definitely a positive addition to the Pokémon franchise. It offers a new way of engaging with Pokémon you might not get too close to in the main series. I’m definitely interested in seeing if photography will have more dedicated space in the franchise, or maybe be incorporated into other Pokémon games.

As a first step on the way towards more expansive adventures in the Pokémon universe, I think New Pokémon Snap has the potential to open up some exciting new doors.

New Pokémon Snap is a delightful revision of an N64 icon. The new region is beautiful and invites you to engage with Pokémon you know and love in different ways, with a unique type of challenge.