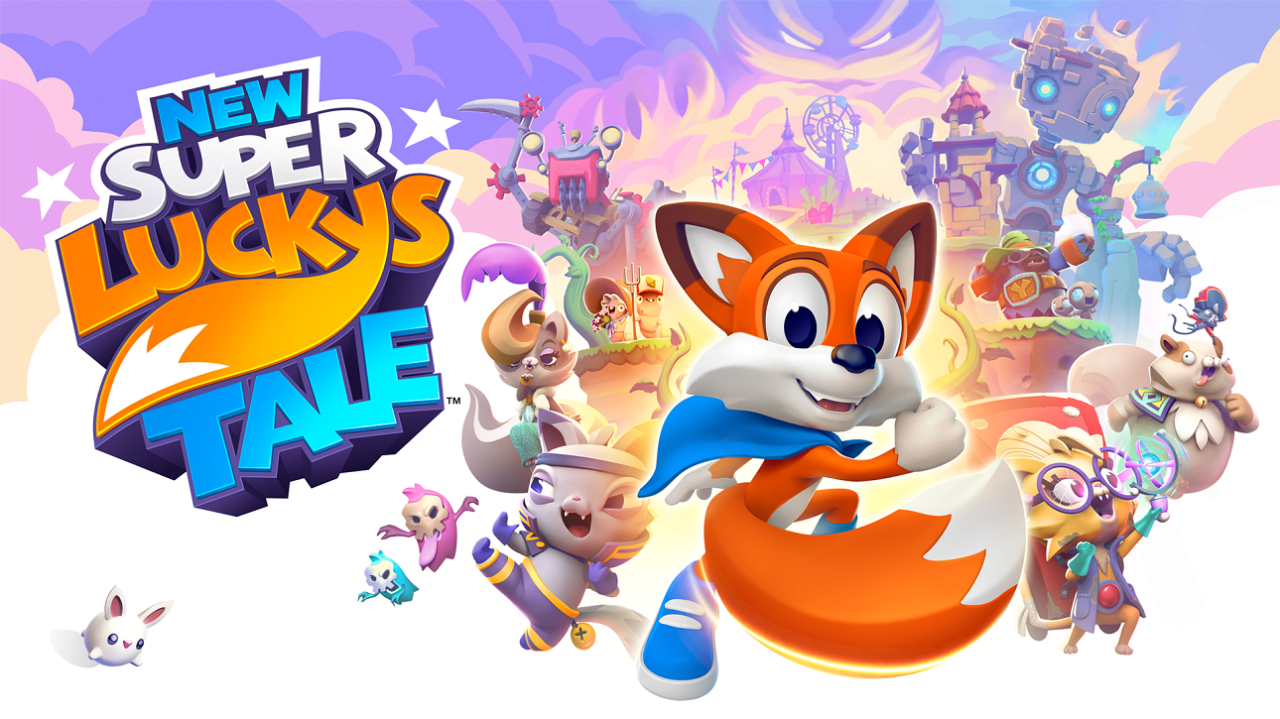 Don’t let the generic name fool you, New Super Lucky’s Tale is a pretty fun 3D platformer. But it’s also a  pretty darn uneven one, mainly when it ditches its 3D and/or platforming elements. Still, with lots to collect, fans will be kept quite busy.

New Super Lucky’s Tale tries to set itself up with a powerful, voiced intro, but it’s more laughable than epic—the villains are “the dreaded Kitty Litter.” Thankfully, 3D platformers don’t rely on good stories, so just know you’ll be collecting lots and lots of book pages for…reasons. As the heroic fox, you’ll be gathering these across familiarly themed worlds and quite a variety of levels. The variety is both a good and bad thing.

While I certainly appreciate diverse gameplay, New Super Lucky’s Tale is at its strongest when it’s embracing open-3D level design. This is what was shown off at E3, and it’s what made me interested in reviewing the finished product in the first place. But for every great level, there’s a maze or a 2D design (both runner and traditional). While few are bad, they’re fair to subpar when compared to the 3D platforming parts. On replay, I’ll be able to skip these if I desire thanks to the game’s non-linear design.

There are also puzzles, and plenty of them. Those, involving sliding statues, became so numerous and repetitive that I eventually started to skip them. I kept thinking that they had to change, but there’s an odd underlying infatuation here that results in excess. They just made me want to return to New Super Lucky’s Tale strength, it’s 3D platforming. 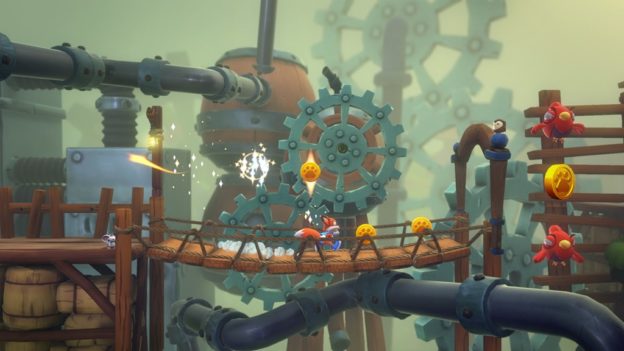 Thankfully, there really are a number of standout levels in New Super Lucky’s Tale. I particularly enjoyed the ones where you’re helping the various characters. For instance, in Veggie Village you’ll be rounding up the scattered band to kick off the Harvest Festival (with enough produce puns to make anyone grin or groan in equal measure). Several levels adopt this character, story-based design. There’s also plenty in the classic platforming sense, reminding me of earlier days enjoying games like Super Mario 64 and Super Mario Sunshine.

I want to add that while I like the idea of getting an extra page by collecting enough money, the implementation is off. Coins are so numerous you’ll rarely (if ever) not have a surplus. Not a small one, either, I’m talking hundreds of extra coins. Also, what’s the point of a multiple lives system when they are so numerous, thanks in part to all the coins? This game has a lower-level challenge for sure. A certain amount of its ideas are “classic” on paper, but in practice, less so. Kids especially should appreciate it. 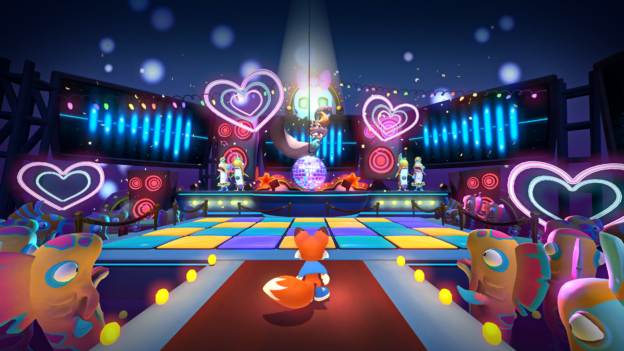 All of this is wrapped up in a good, but not great, aesthetic package. New Super Lucky’s Tale can be in need of some vibrancy, with its colors erring on the more muted side. There’s also a surprising amount of beige, brown, and tan. You can purchase various outfits for Lucky, which is a nice small touch. There’s not a lot of music tracks that I can recall, save Meowmalades’s dance single that has such a hypnotic beat and hook that the Gilly Island characters can’t stop dancing. But there are also very few tunes that actually annoy. All of the characters have garbled speech that makes them sound like alien races from the Star Wars Universe.

With tight controls and a good amount of entertaining content for completionists, New Super Lucky’s Tale justifies its $39.99 launch price for genre enthusiasts. But uneven level design holds this adventure back from true greatness. Check out the demo to get a feel for it.

With tight controls and a good amount of entertaining content for completionists, New Super Lucky’s Tale justifies its $39.99 launch price for genre enthusiasts. But uneven level design holds this adventure back from true greatness. Check out the demo to get a feel for it.