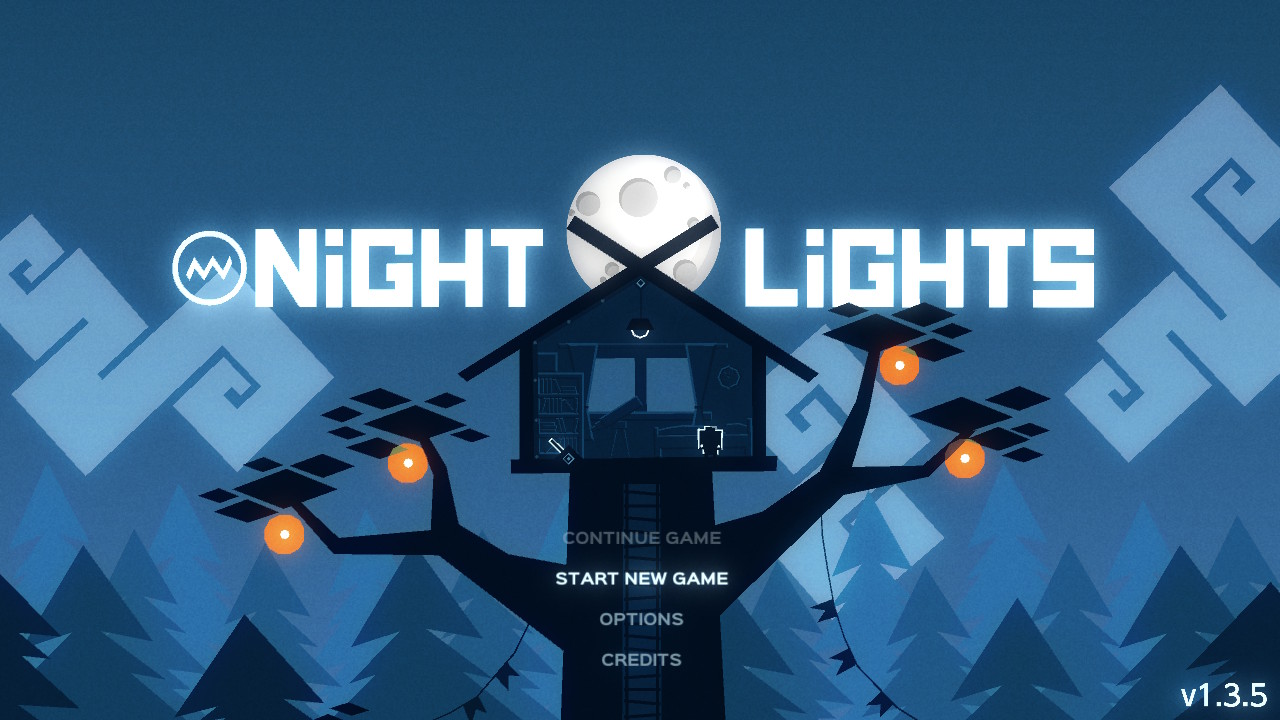 Night Lights is a puzzle platforming game published by Ratalaika Games. This game showcases night in a whole new way as you try to help a tiny robot navigate through 45 different levels. So, let’s see if this game is entertaining enough for all of those levels. 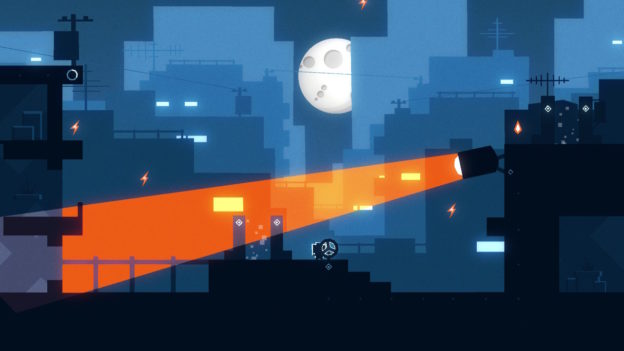 The ultimate goal of this game is to collect shards for a fallen star. However, Night Lights doesn’t necessarily make this clear. The story is almost non-existent as the game itself is, first and foremost, a puzzler.

Each level is its puzzle, but the mechanics are always the same. Its night time, so the scenery is dark with crisp black and blues. To make your way through each level, you need light to help you. The light is always a bright orange or yellow, making it pop. Night Lights certainly gets a gold star for graphics. 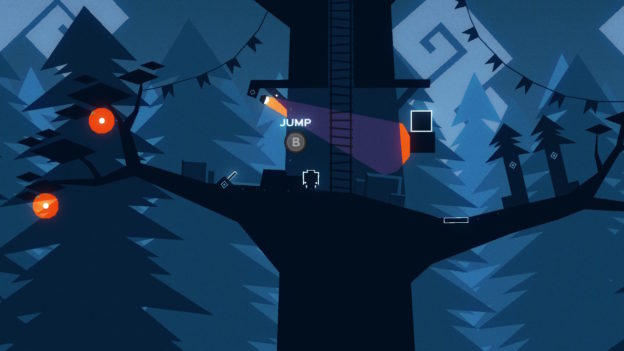 The lighting, which can be found through power lines, abandoned TVs, lanterns, or other means, can change how the level looks. For example, shining a light on a certain platform might make it disappear. Then you’ll be able to walk through it when the light is shining on it. But, on the other hand, the light can sometimes make a wall or platform appear. So, you’ll need to turn the light off or shine it elsewhere. 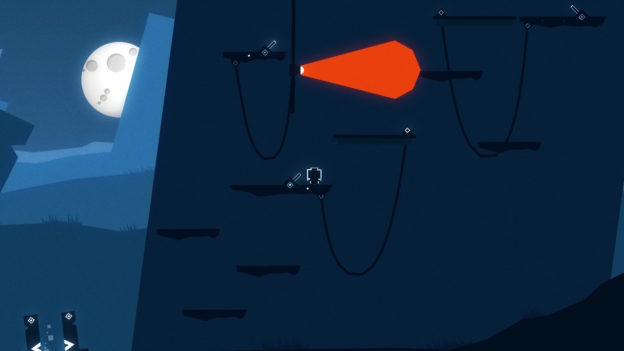 Overall, the controls are easy enough to learn and simple to control. There isn’t much to it since you’re mostly moving around, pushing lanterns, pressing buttons, and jumping. However, the farther you get into Night Lights, you’ll unlock other controls. For example, you can learn to dash, which allows you to jump farther. This particular skill was much needed because in previous levels, before getting that skill, I had a hard time jumping to certain places.

Also, each level has collectible shards and lightning bolts for the lighting. Some of these are hard to reach, so I needed to go back to them once I had the dash. Honestly, I didn’t care for this mechanic. If there are things to collect on a puzzle level, you should be able to get them in one go without backtracking. For instance, I spent a long time at first trying to reach them and using tools within the level to try to get them. So, I figured, if they’re in the level, there must be a way to get it in the level on the first go. 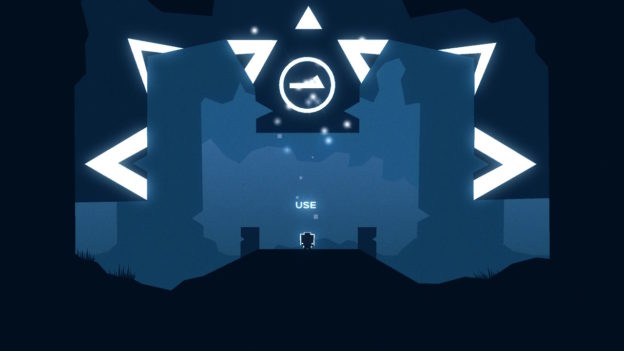 The puzzles in Night Lights are good and the mechanic using the lighting in the dark is also pretty good. However, after a while, it gets repetitive. The only way to figure them out was to use the light by either moving it, turning it on or turning it off. That’s it.

I did enjoy my time with Night Lights, though. It’s a solid puzzle game, and I think 45 levels are just enough. It wasn’t exciting enough for me to play in one sitting, but it’s a quick game that you can get through within an hour or two. So it’s a good game to pick up once in a while and play through a couple of levels on the go.

Night Lights is an enjoyable puzzle platformer with unique gameplay mechanics. However, while it’s different for the puzzle genre, the game itself quickly gets repetitive.