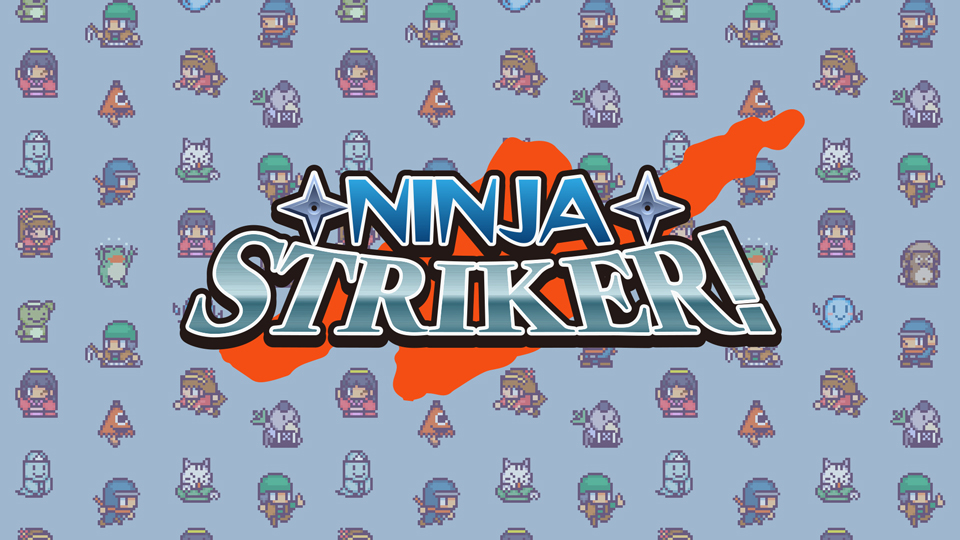 Don’t let the stubby-limbed, pink-cheeked cuteness of the Ninja Strikers characters trick you into thinking that this game will be easy to master. The retro 8-bit design style is not only super cute, but pays homage to a lot of the early games that inspired the young adults of today.

As well as having a funky old-school style, Ninja Strikers also resurrects the sometimes brutal difficulty of some of those early releases.

The game is a pretty standard 2D side-scrolling platformer which is simple enough to pick up, but incredibly difficult to master. The tutorial in the dojo and the first few levels are hardly any trouble to get through, but it’s unlikely that you’ll get the high score on your first go. Or second. It make take a few attempts.

This is the kind of game that you don’t get just so you can play it once for the immersion in an incredible story. Rather, it’s a challenge that you set yourself not only to get through it, but to go back and smash your way through every enemy in flawless combos so that you can earn those three gold stars at the end of each level. 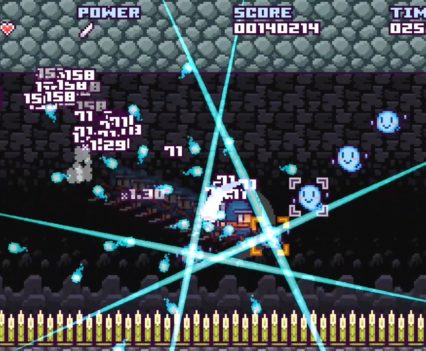 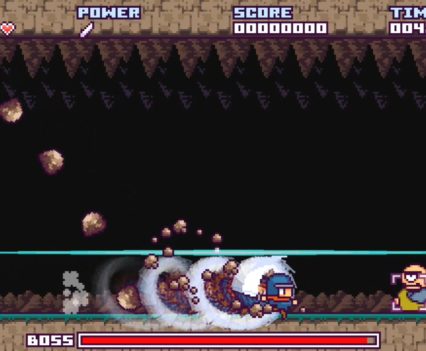 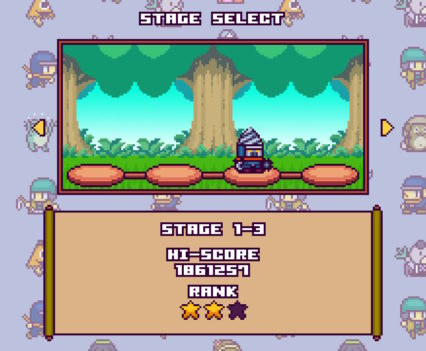 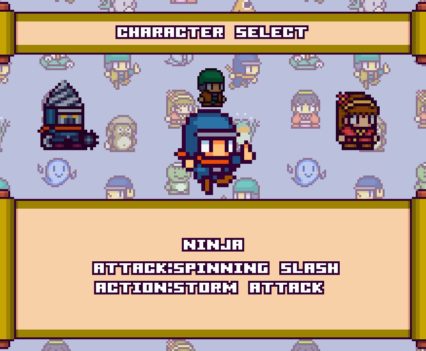 In that respect, it can be played over and over again. Indeed, it may need to be, to live up to some people’s ambitions.

You have the option of playing as any one of four characters – all equally adorable, with their own unique melee and long-range moves, not to mention design. This gives a decent amount of scope to experiment with different playing styles and find one that suits you and to work out different ways to approach each levels.

At first, the difficulty progression feels sensible, moving forward at a reasonable pace. But occasionally a disproportionately difficult one will seem to appear out of the blue. And once they reach the harder stages, they don’t ease up a whole lot.

The unexpected ones can be both frustrating and revitalising. They stop you getting too complacent in your play, but can be a pain if you were planning on having a calmer session.

There isn’t much of a story in Ninja Strikers. There isn’t a lot of detail about why you need to attack all the adorable ghosties, aside from the damage they do to you if they touch you first. Which they admittedly don’t seem to be trying to do.

All you know is that you are a ninja and you strike things. It is a simple, yet effective, premise.

As far as games of this format and style go, there are certainly better ones available on the Switch. Ninja Strikers is certainly no Celeste. But it also costs next to nothing. For a meagre $3.99, it’s probably one of the best bargains you’ll find at the moment.

Ninja Strikers is uncomplicated and challenging, for the types of gamers who like to push themselves even with the simplest of concepts.

Ninja Strikers doesn’t have much in the way of story, but it’s retro design and fierce difficult both pay a fine homage to legendary old school games.