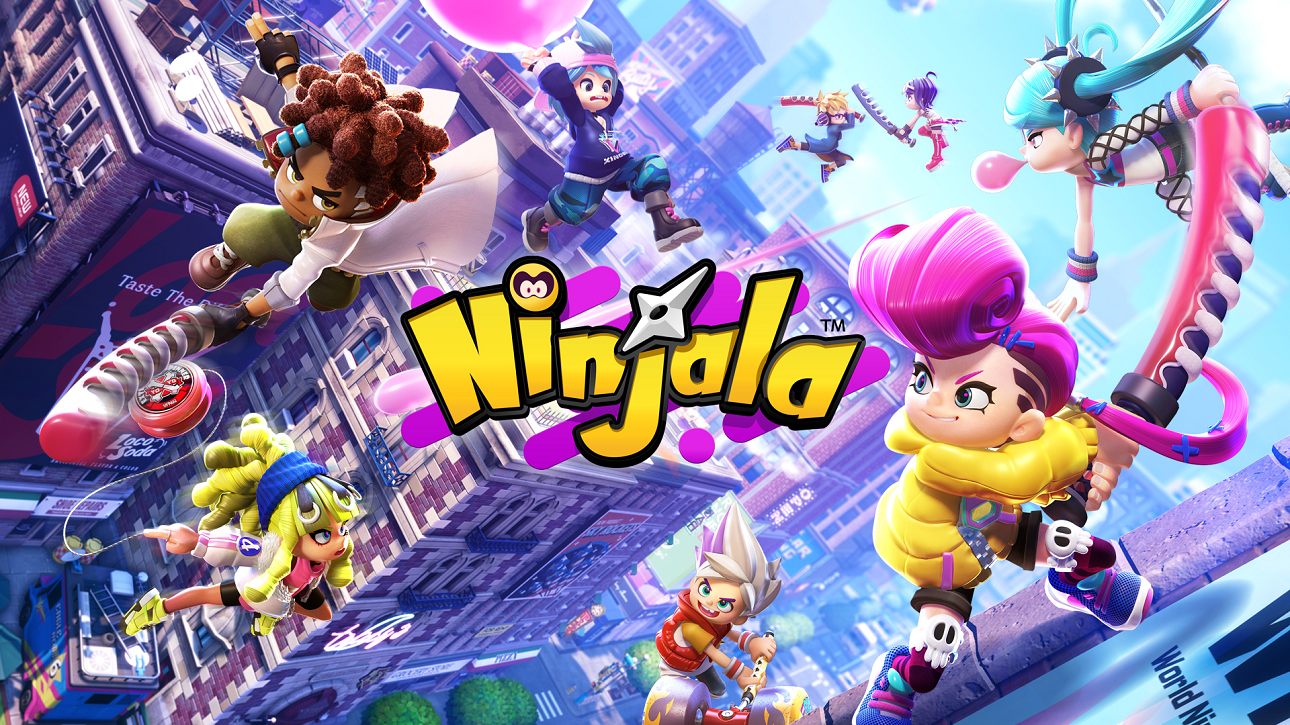 Upon first learning of Ninjala, I, like many, thought it was going to be the next Splatoon, with its vibrant colors, a squid-looking mascot for the company’s logo, and something resembling ink. It turned out to be aesthetically similar to Splatoon, but very different in concept.

I would say that the game is pretty enjoyable without having to pay for anything other than Nintendo Online. You get PvP game modes with a quick battle, Ninjala battles (where you can fiddle with the settings), room battle (where you can fight with people you want to), and battle training. The battle you play in is called battle royal, but you respawn after being either KOed or “Ippon.”

During the battle, you fight players or defeat drones to earn points. At the end of a fight, there are bonus points added if you take down the most drones or “Ippon” the most players. “Ippon” is essentially a KO that gives you more points. Usually, it happens when you use a Gum Ninjitsu, a special power-up that charges slower than the others. Battling is enjoyable, but there are only two different battle stages so far, with one being a good size, and another being too spacious.

The weapons you can choose between come in three variations: katana, hammer, and yo-yo. I liked using the hammer the most because, from my experience, it deals great damage despite being slow. Gum is also another big feature in battling. You get a limited amount that you can replenish in battle Ninja-gum, once blown up, can be used to fire spikey bubbles and boost through the air, to name a few.

The music is catchy, my favorites being “Night Reaper” and “Slash the Darkness.” The voice acting is lively as well, and I like that you can change how your character sounds. Visuals are pleasing and have a lot of personality in the expressions, especially when you get “Ippon.” There’s somewhat of a clay-looking texture to the characters, with anime influence in the design.

I especially enjoyed the character customization and design. My choice of the characters being Lucy, with her punk-rock aesthetic and tomboyish attitude endearing me to her. I look forward to seeing her chapter when it’s released, and her backstory.

Speaking of chapters, there is a story mode that is behind a paywall. Chapter one is currently out and costs $9.99. If you’re interested in it, I would say wait to get it on sale, which as of writing this review, it is. However, if Ninjala were that price and came with the chapter, I wouldn’t have an issue. The chapter is very short, as it contains only a prologue and four episodes, making it feel more like a demo to me.

Overall, Ninjala is an enjoyable game but doesn’t have a lot of meat on its bones. It’s fun to play from time to time, but not something that gives you much variety or content. At least not yet, this game is still young, and I look forward to seeing Ninjala grow.

Overall, Ninjala is an enjoyable game but doesn’t have a lot of meat on its bones. It’s fun to play from time to time, but not something that gives you much variety or content. At least not yet, this game is still young, and I look forward to seeing Ninjala grow.