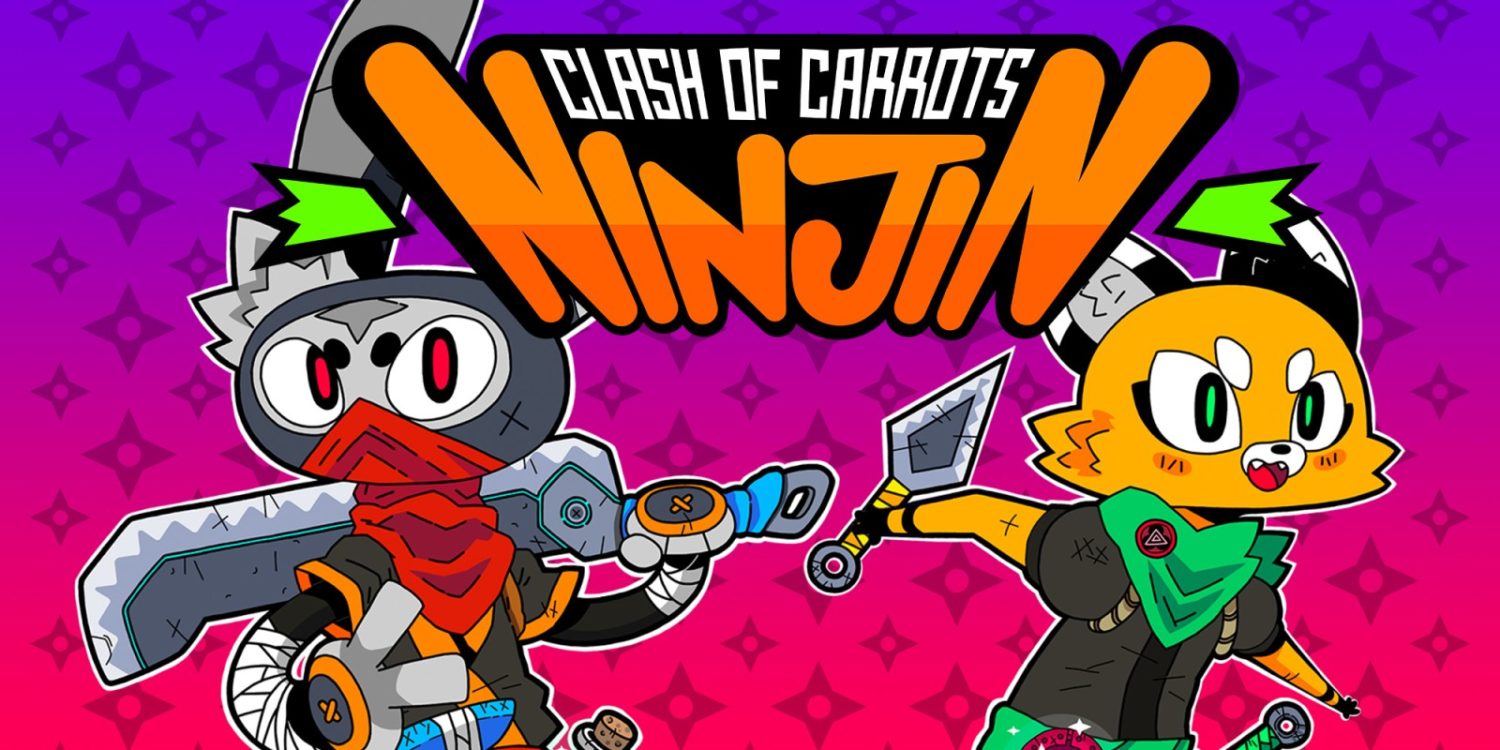 Ninjin: Clash of Carrots is a co-op action/adventure game from Pocket Trap. More specifically, it’s a side-scrolling beat ‘em up with a cast of furry critters fighting over carrots in feudal Japan. It might sound a little odd, but it totally works.

Ninjin’s story is interesting and humorous. When an evildoer steals the village’s carrot supply, it’s up to two brave ninjas – a rabbit and a fox – to reclaim them. What ensues is 25 levels of side-scrolling mayhem. To capitalize on this, levels auto-scroll, so you can concentrate on your two primary goals: taking out enemies and collecting carrots. 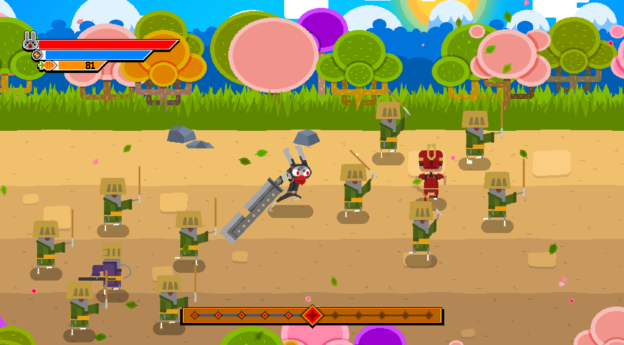 There are five themed stages, with most levels broken into nine waves, often featuring a boss at the end. More and more enemies are thrown at you with each wave, and newer, fiery foes are constantly added to the mix. They’ll come at you with swords, bombs, shields, carts .. even tofu-related enemies will have a go at you. The variety really keeps things interesting.

You actually wield two weapons in Ninjin: a melee device, like a sword or knife, and a throwing device, like ninja stars or a boomerang. These vary in size and weight, so experimentation is key. Collecting carrots allows you to purchase weapons between levels. Additionally, you can purchase stones or orbs that give extra powers, like increased health or combo abilities. This adds a strategic component to the game. You’ll also encounter other items that grant even more power – like a fire tablet that allows you to transform into an invincible, flaming dragon’s head. With 101 swords, 40 projectiles, 28 artefacts, and countless carrots, there’s plenty to collect. 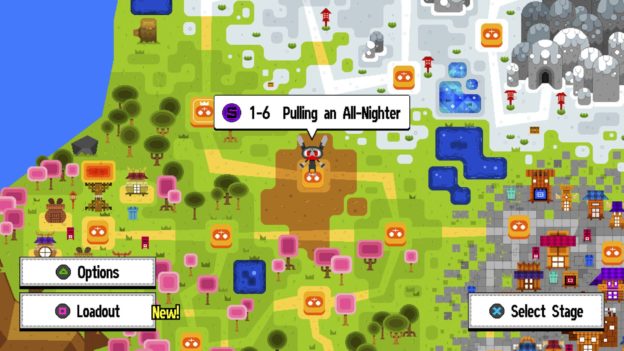 The graphics are sharp, bright and colorful. There’s a touch of retro vibe here, but it’s a clean look that’s derived more from an anime origin. Characters are larger than life, shouting and wailing with exaggerated expressions as the story progresses.

The controls are generally quite good. Since levels scroll automatically, moving and striking accurately can be a little tricky at first. Apart from striking with your melee weapon, you can also lunge forward or backward. Controlling this motion, and aiming your projectile, takes practise, but it gets easier as you progress.

One of the best features of Ninjin is the two-player co-op mode, which adds yet another element of fun to the game. Playing solo is great – don’t get me wrong – but adding that second player adds to the chaos. This seems to be the game’s aim, as it relishes in its own absurdity. In terms of the story and the collectibles, it never gets boring. The only real downside is that, with only 25 levels, it’s over too soon.

Overall, Ninjin: Clash of Carrots is a fun, slightly kooky beat ‘em up that’s very entertaining. If you’re looking for something fast-paced and full of quirky humor, I recommend giving this one a go.

Ninjin: Clash of Carrots is a kooky ride through feudal Japan in search of carrots. It’s fast, it’s fun, and it’s great with two players. Give it a go if you’re looking for some cartoon-y action with a friend.