North is easily one of the oddest titles I’ve ever written a review of. I purchased it based on its small $2.99 price tag, and I feel I got my money’s worth. Which isn’t to say that it’s a good game, but it does reflect a team who seem to have their hearts in the right place. North addresses the contemporary refugee crisis by putting the player in the refugee role. Having emigrated from the South, you’ve crossed the desert to arrive at a city in the North. 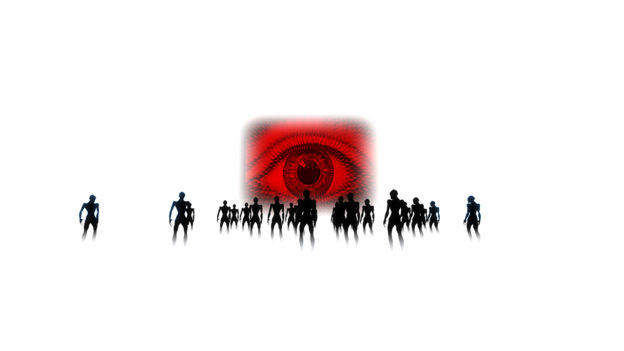 This game warns you at the start that it’s short, approximately one hour. This is true, though I can’t say it’s a good excuse for the lack of a save option. The first thing that struck me about North was the presentation, and unfortunately it wasn’t in a good way. It’s beyond dated, with some of the choices proving detrimental. I felt like I was looking through a pair of defective 3D glasses – thankfully this is mostly limited to the first area.  The lighting was so dark, I had to turn the brightness up on my Switch just to see what was necessary to make progress. The lack of brightness is… well, not bright. A patch could fix this. 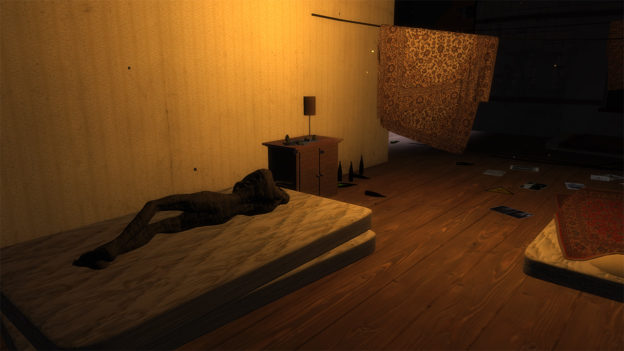 Once my eyes adjusted, I started to get into the “cyberpunk” design that North claims to be based on. I don’t think it’s entirely successful, mainly because the city feels too compressed to properly highlight the subgenre’s complexities. However, I did get a taste of it, and it is intriguing in spite of not being technically sound. You’re an alien in more ways than one. A refugee yes, but your housemates and other refugees in the city appear as actual alien creatures. 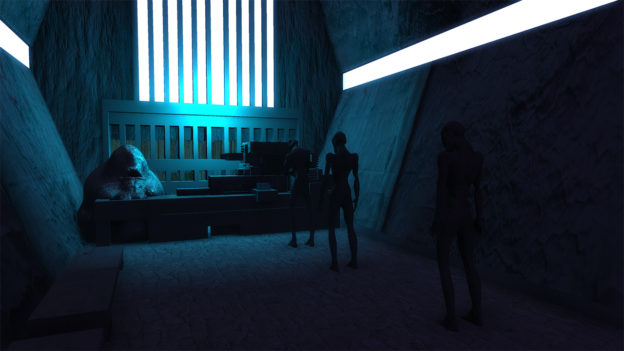 Complementing this different atmosphere is a sporadic musical selection. I’ve always liked the synthesizer, but the unscored parts of the game make me wish for more. I should point out that there’s a consistent audio stutter during load scenes. It’s not the only glitch either. There’s an early section that requires speed (the only such part of the game) where the needed control prompt doesn’t appear. I had to consult a walkthrough to find a way to avoid this bug. 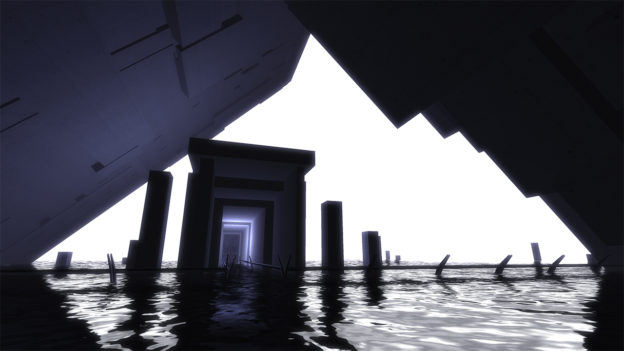 It’s hard to talk about the cryptic story without spoiling anything, but the key gameplay element involves mailing letters back home, which in turn tells you how to go about solving the puzzles. You must return to a mailbox to do so, and the backtracking can be really grating. I suspect this was done to pad out North’s short length. It’s a poor way to handle such an important feature.  An inventory to view these letters seems fundamental, and its absence is definitely worth noting. 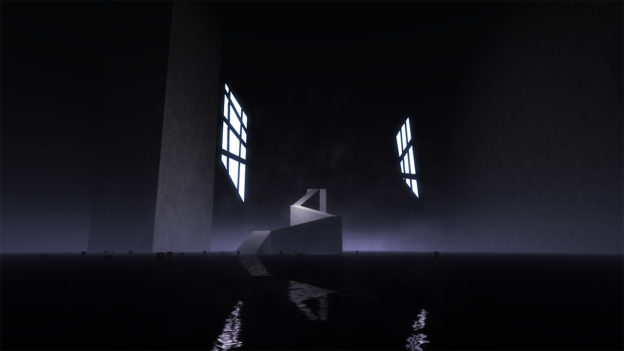 It would be dishonest of me to say that North is good as a game. It lacks polish, standard options, is glitchy, and is over too fast. But as a type of interactive art/short story blend, it did grow on me some, and ended up leaving an impression. Enough that I’ve decided to check out some of the other games published by Sometimes You.

It would be dishonest of me to say that North is good as a game. It lacks polish, standard options, is glitchy, and is over too fast. But as a type of interactive art/short story blend, it did grow on me some, and ended up leaving an impression.