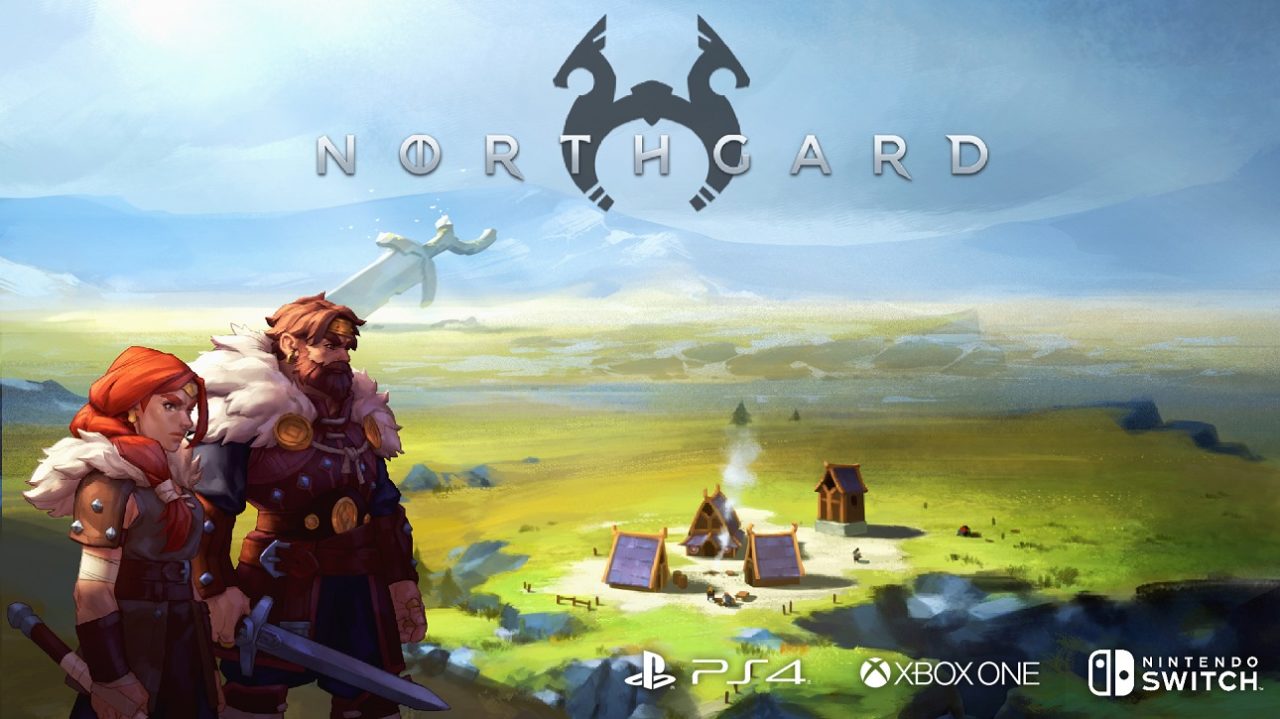 Released last year on Steam Northgard has boarded its Viking ships and traversed the digital oceans to the Nintendo Switch. There are many strategy games for the Switch, so what makes this RTS stand out?

Northgard’s story draws the player in with fantastic voice narratives. You are Rig, the only living survivor of your clan. Your father was murdered by a rival clan to prevent your coalition of clans from traveling and settling Northgard, a land of untold riches and danger. Rig sets out on a quest to get revenge for his father’s death and the slaughter of his fellow clans and clansmen. What mysteries await our young leader and his ragtag band of would-be conquerors? That is what you will have to find out.

While the functionality and gameplay of this title doesn’t reinvent the wheel, there are some interesting features that made me arch my eyebrow. Like other RTS games, you have to build your village and expand your area of influence while keeping your clansman happy. Happy people = good productivity, (unhappy = not good). Instead of grid-based maps, Northgard separates the map into small areas to settle. Each area can have different resources, giving the player different choices of buildings to enhance the village. You have to plan ahead in this game which is made challenging by the fact that you can’t see the whole map. You need to teach villagers to be scouts. Scouts, in turn, explore and open up the map. With each area you settle, the cost to settle in other areas increases. A cool thing I thought was as you progress you gain access to different leaders that have different bonuses. Some give extra food to start, some are good at commerce and increased gold production.

Northgard isn’t just building and conquering.  As you progress, the game presents different challenges for you to overcome making things interesting and breaking up the humdrum of most other rinse and repeat RTS games. Yes, you have a base and production building like wheat fields and hunter shacks for food, mines, forges to upgrade things, and my favorite the Brewhouse! Come on, what self-respecting Viking doesn’t like mead! This game is just simply awesome with enough content, story, and challenges that I found very entertaining, building on some of the classic games like Warcraft and Starcraft.

Ok so I’ve dragged on about story and features, but how does it look? The maps are easy on the eyes, having nice detail and color without going over the top. Character animations are well done and non-player characters interact with the environment adding a sense of realism. The soundtrack and cut scenes really add to the theme of the game with well-produced arrangements and artwork.

Sadly I didn’t get to play around with the multiplayer feature too much. However, I did learn that I’m not good at this game! My first run against another player, I only lasted for 15 minutes. I did better with a few other opponents. Multiplayer can have up to six players going head to head, with different random maps. You can set handicaps like most RTS multiplayer games. There is a single-player feature that is like the multiplayer but against the CPU. The same handicaps, but with the ability to set the aggressiveness of the cpu gives you the ability to practice using different tactics and generals. My only gripe was I actually couldn’t figure out how to travel the map faster so I could see what was going on in different areas on large maps. That aside, I didn’t find it enough to take away from the overall experience of the game.

Northgard is a fantastic, well put together title. I found it to be challenging enough to keep me at it, but not over the top and unbalanced. Vikings conquering, smashing, and crushing enemies is a lot of fun. Get this game if you’re an RTS fan, it’s a must-have.

Northgard is a fantastic, well put together title. I found it to be challenging enough to keep me at it, but not over the top and unbalanced. Vikings conquering, smashing, and crushing enemies is a lot of fun! Get this game if you’re an RTS fan, it’s a must-have.