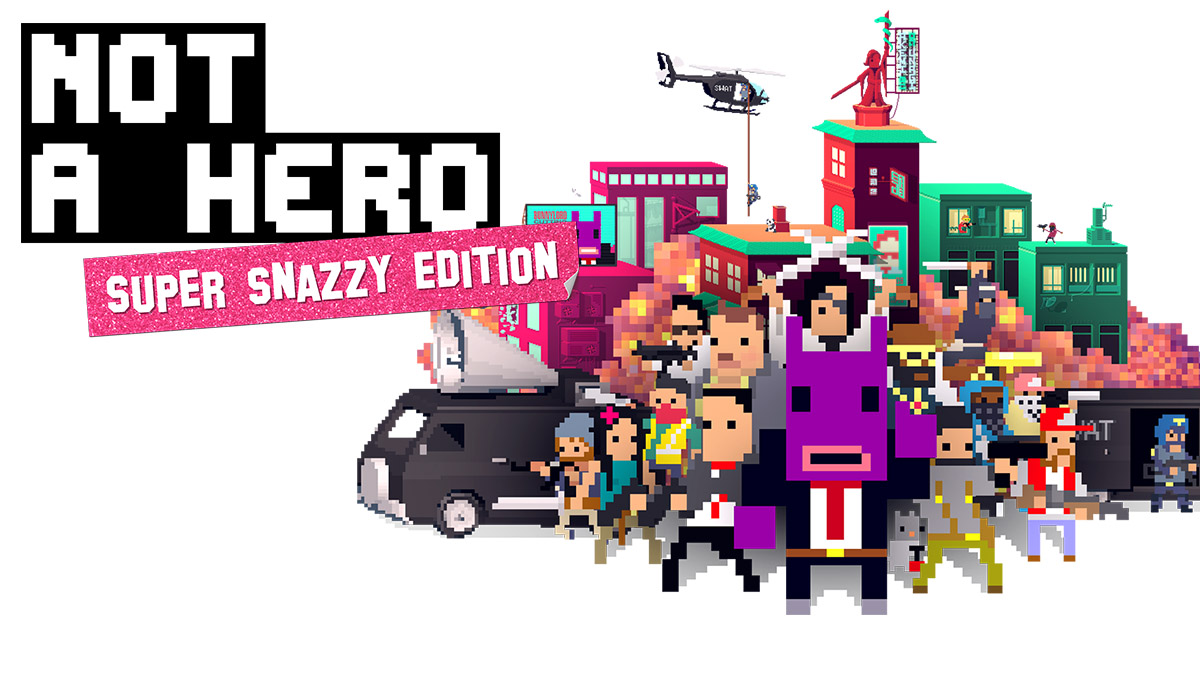 Before I get to my review of Not a Hero: Super Snazzy Edition, I want to point out my absolute favorite thing about the game—the character selection menu. You see this before each level when you select which unlocked character to play as. Moving the selector amongst them plays musical notes on each avatar, allowing you to write the melody of the music playing in the background. Why is this here? I have no idea. But I loved it, and I spent far too much time playing melodies when I should’ve been helping Bunnylord.

Thankfully, he’s pretty forgiving. Bunnylord is running for mayor (of London, I think?), and he needs help getting elected. 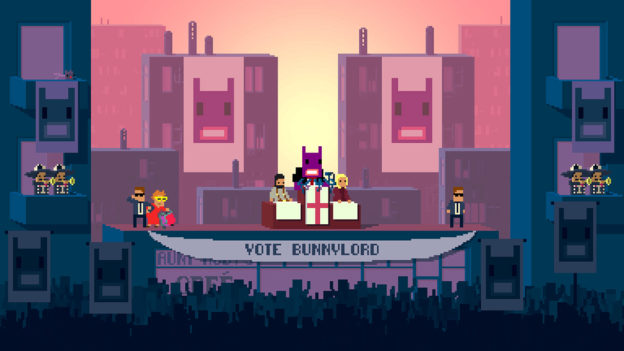 Rather than hire a campaign manager, he hires former assassins to clean up the streets. Or kill those who stand against him. Or kill…he mostly just wants you to kill things. It helps that Bunnylord is a very charismatic and often hilarious fellow, even if his voice does get annoying after a while.

So, Bunnylord gives you missions and you carry them out as one of the characters you’ll unlock as you progress. Each character has his/her own strengths, weaponry and preferred vulgarities to shout out, but the increasing difficulty prompted me to use the same character throughout because I already knew how to handle him. Most characters will either be ignored or used to clear achievement goals in earlier missions. 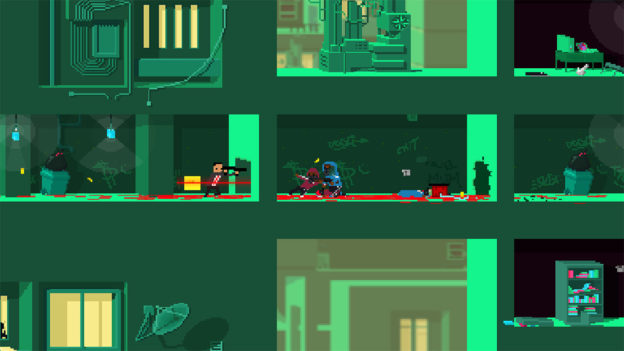 Each mission gives you a breakaway 2¼D side view of a building through which you must run, shoot and seek cover. The latter is the most interesting gameplay element, as you can roll to and hide behind almost any object with the press of a button. You can’t be hit by common bullets when undercover, but you also can’t shoot the enemies. As such, it’s best used for waiting for the right chance to shoot or to keep you out of harm’s way while reloading.

The quick action plays out well in both docked and portable mode, and I can’t tell which I preferred more. The pixelated graphics are a more natural fit for the portable screen. but I found it easier to keep track of myself and my enemies when viewed on the TV, especially during the more intense run/shoot/duck/slide gameplay moments. 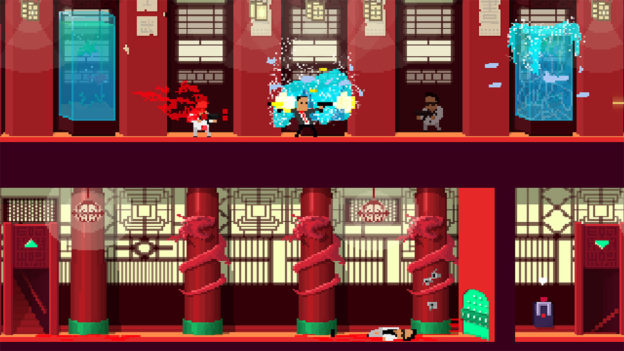 Although you have unlimited ammo in Not a Hero, you still have to reload frequently. Instinct will tell you to instantly do so when you run out, but because most characters can’t move when reloading it’s best to find the appropriate cover first…or learn to properly time your reloads. Sliding into enemies is a good way out of this predicament, but it doesn’t work on all enemies. Plus, reloading will remove any bullet power-ups you’ve received so it’s often better to completely empty your clip before putting in a new one.

As fun and comical as Not a Hero is, it does have its drawbacks. First, because you can only save progress between levels, you’re forced back to the very beginning if you die right at the end. It’s the kind of thing that makes me shut a game off instead of continue. Second, the controls are sometimes off despite their simplicity. For example, many levels require you to jump out a window and defy physics to turn and smash back through the window directly underneath. But if you move out just a hair too far you won’t be able to swing back and will fall to your death.

Perhaps worse, the written and animated comedy and the game’s visual charm start to wear thin after a while, leaving you only with the repetition of the 21 included levels (plus bonus missions and hidden levels). Increasing difficulty, unlocked characters and new color palates are all you have to look forward to as you push to the end. Well, those and some helicopter fights. 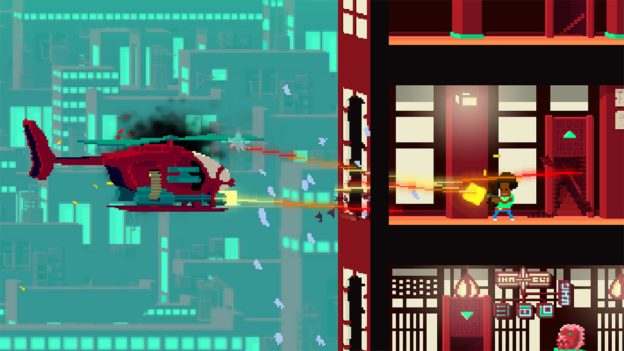 What all this amounts to is that I gleefully tore through the first five or so levels of this game on my first sitting, but could only take one at a time after a couple days.

Not a Hero: Super Snazzy Edition is a vulgar, violent game, but the pixelated and colorful presentation—coupled with its sharp sense of humor—help to keep the tone light. I was pleasantly surprised by the snappy, addictive gameplay when I first dug into it, and although its repetitive nature and a couple annoying design choices and glitchy controls did temper that, it remained a fun game to play throughout. Just make sure you don’t do so with your parents/kids in the room. Should they walk in, however, you can always just return to the character selection screen and play some happy music.