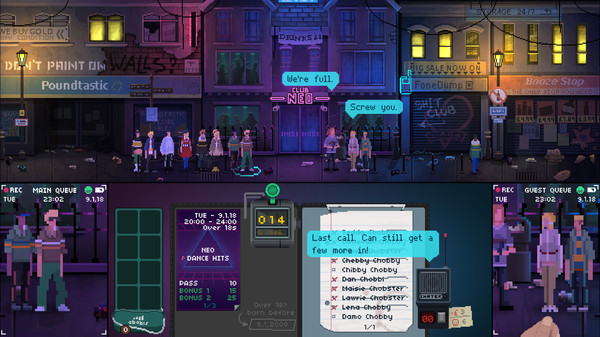 Heavily influenced by the incredible Cold War era dystopia Papers, Please, Not Today takes a similar approach to exploring the political and personal impact of the United Kingdom’s separation from the European Union.

You play as the descendant of a European immigrant who has lived in England your whole life. When far-right political party Albion First get into power, you are at risk of being deported. You live in a run down relocation block with other people of European heritage and earn money through jobs you pick up on an app on a government issued mobile phone. You don’t have a choice. A casually racist police officer checks up on you regularly and seems to take great joy in the prospect of deporting you if you don’t make enough money to stay another month.

The game as a whole offers a scathing critique of living under authoritarian government with a fetish for austerity. It not only examines Brexit itself, but also the hardships of working in a gig economy. 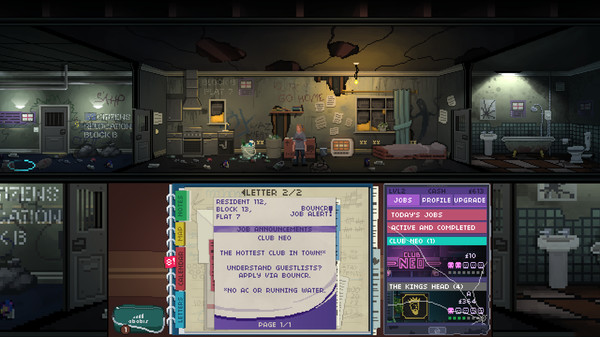 The gameplay itself is very similar to Papers, Please, but instead of working as an immigration officer, you are a bouncer for various bars and nightclubs. It starts off a simple enough job – you check that people have the right ID and are over 18. If you make mistakes, you risk a warning or even docked wages.

The moral decisions in Not Tonight come early. If someone shouldn’t be allowed entry, you’re often given the option of accepting and letting them in anyway. As the game progresses, you are drawn into more complex moral quandaries, inherently tied to the way Europeans like yourself are treated in society. Venues start asking you to exclude people of specific nationalities. As rent and bills eat up all your earnings, you have the opportunity to deal drugs for extra money. As the game draws to a climax, you have to choose between supporting the government or the resistance.

These decisions have ramifications within the game. Your social credit score goes down if you don’t do as you’re told. But Not Tonight makes it clear that, if it wasn’t for your awful circumstances, you wouldn’t need to consider these options at all. 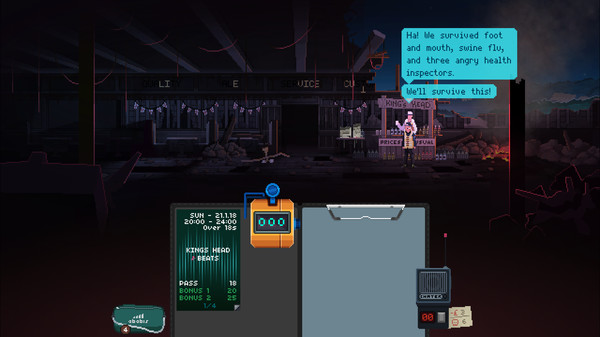 Not Tonight is a very well made game. Its backdrop offers a fairly accurate depiction of British nightlife, with pulsing nightclubs next to discount shops on the high street, all rendered in a cute 8-bit design style. The real charm of the game is in the detail, from the rhetoric taken directly from anti-EU propaganda from the past four years to the St George Flag band on the upper arm of the police officer assigned to monitor you.

Not Tonight isn’t going to get any bonus points for subtlety, but makes its point clearly and with evident passion in a way that strikes a profound emotional chord.

Not Tonight is a simple yet effective game that is sure to resonate with anyone living through the chaos of Brexit.