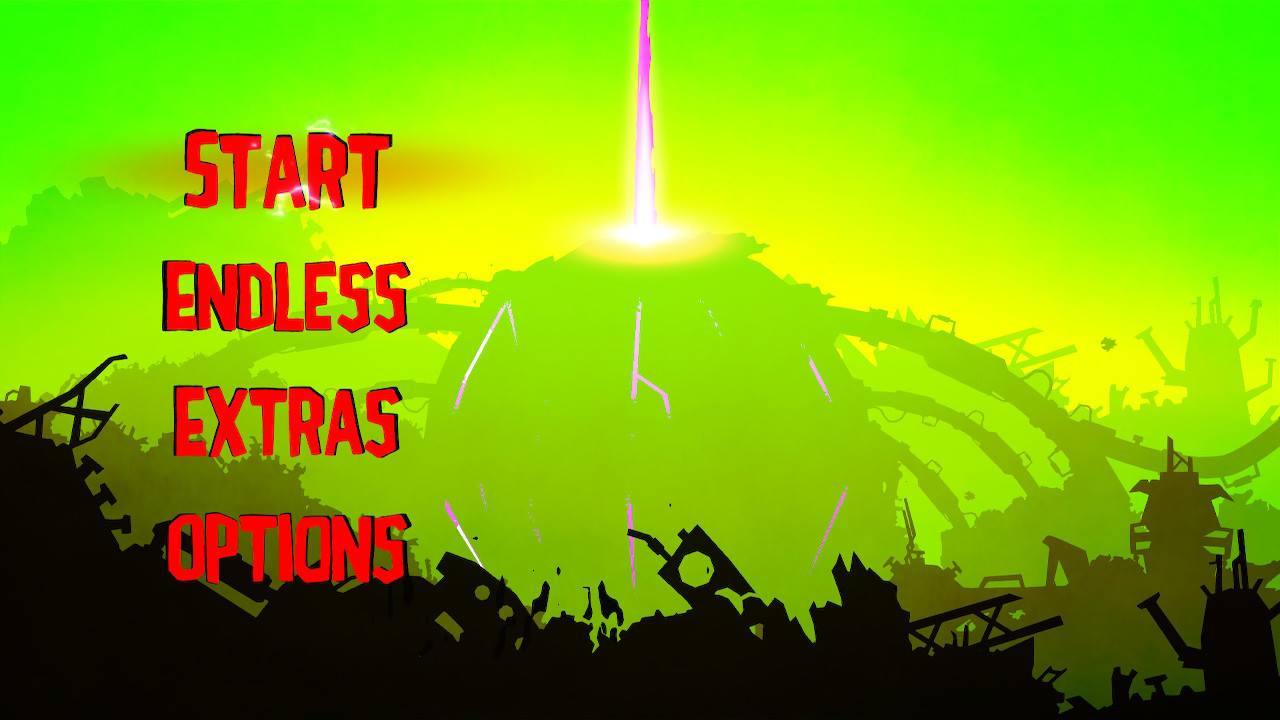 Odium to the Core is a single-button, music-based, side-scrolling challenge with a dark art style. Odium is a dark snake-like creature and is on a mission to make it to the core in order to stop corruption from spreading throughout the world. Each level is trickier than the last with challenging bosses to boot. 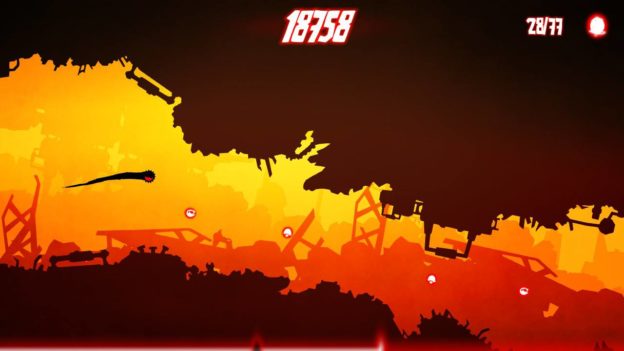 There’s not much to the gameplay in this one since there’s only the one button you need to know – which is the A button. In order to control Odium, you need to hold down the A button for him to move up and let it go for him to drift downward. That’s it. It’s not difficult, but it does make the gameplay tricky. Each level is narrow and Odium can’t touch any of the sides or else he’ll explode. Then it’s back to the checkpoint. Or, if you haven’t reached a checkpoint yet, back to the beginning of the level. There are no consequences for dying other than that. The game doesn’t count how many lives you have. Still, being thrown back to the beginning is tedious and can get annoying depending on how stuck you get.

When Odium moves, the camera moves with him. The game looks like the Switch or TV is being tilted as you play even though it’s not. The camera also zooms in and out throughout the levels – why? I’m not sure since Odium is only going to the right and not forward or backward. Needless to say, it can be very dizzying. Maybe it’s just me, but I was only able to play the game in small doses at a time because of this. Explosions would occur in the background and then the camera would shake which didn’t help things. 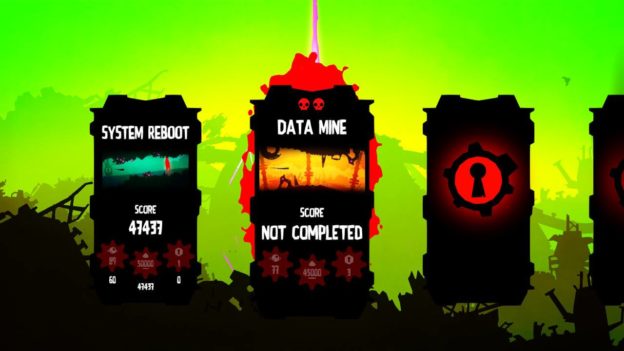 The story mode only has 15 levels. It doesn’t seem like a lot, but it can take a while to get through. The levels are hard and you will die a lot. The levels don’t vary too much either so the gameplay can get tedious after dying so much and monotonous one level after the other. Once you finally beat a level, there’s no real sense of accomplishment since you’re going onto another level that seems just like the previous.

Each level has checkpoints, but they were too far away from each other, in my opinion. There are also red orbs you can collect throughout the levels to earn points which racks up your high score for each level and the game as a whole.

There’s also an endless mode which, is as it says–same gameplay but endless. The point is to see how far you can get, how long you can survive, without any checkpoints. In case you were wondering, I didn’t make it that far. 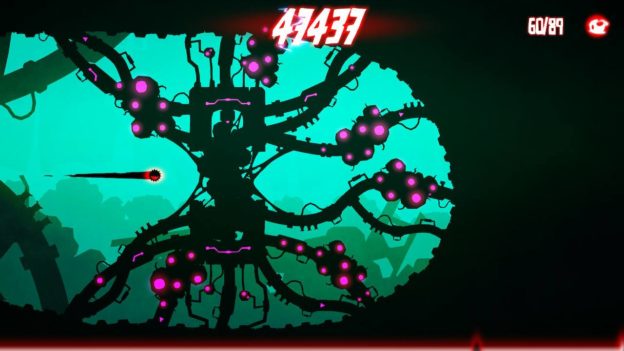 I will say that I enjoyed the art style. I thought it looked cool. The backgrounds were well done and the black overtaking the screen was a cool concept. However, I wonder if it was the right choice for this particular game. The levels were all fairly similar to each other so to have mostly black screens with a single dark color to contrast it didn’t necessarily make it easy on the eyes. Still, each level seemed minimal and yet, I felt as though there was too much going on the screen at once – but that could also be how the shaking camera portrayed it.

The music was catchy and well done, especially for a game that is music based. The D&B bops and jungle music were fun to listen to. Unless you die a lot, in which case you’re listening to the same exact song on a loop. The music can be loud and I eventually had to turn the volume down on the game because it started going right through my head. It was still good, but just not to listen to over and over.

Overall, Odium to the Core wasn’t a bad game. I enjoyed what I played of it, but I don’t think I’ll be picking it back up again. The camera was too shaky for my liking and while the art style was well done, it got stale after a couple of levels. The gameplay itself, however, is a good concept and definitely a fun challenge.

Odium to the Core is an interesting single-button, music-based challenge. The controls gave the game a solid difficulty level, though while the art and music were fun and unique, I was only able to take it in small doses.