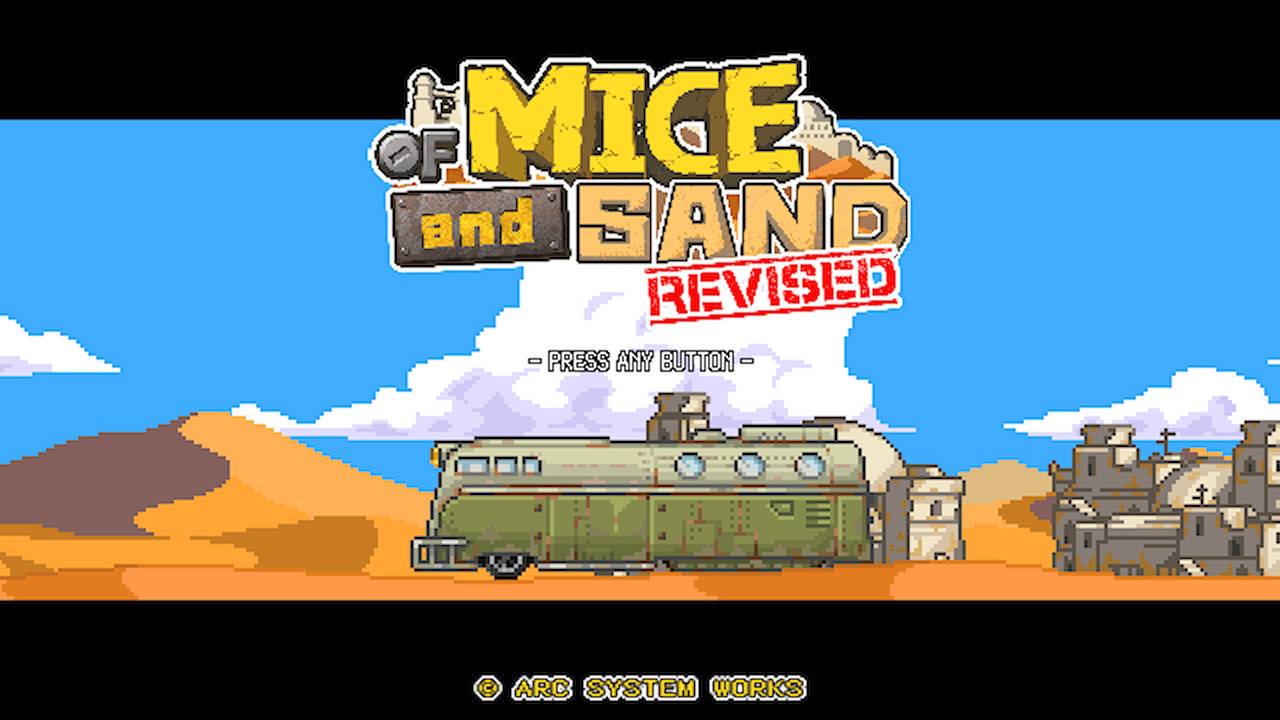 OF MICE and SAND -REVISED- is a simulation, strategy, adventure game that was originally released on the 3DS. The game has since been revised and released for the Nintendo Switch.

In the game, you lead a mouse clan across the desert in search of the mythical land of “El Dorado”, a land full of gold. You learn that your mouse clan has been looking for it for a very long time and now the elders are asking for you to take over their quest. Each mouse has health points, stamina, and calories that you must maintain to keep them from dying. The ship also has to be kept in working order, without running out of fuel and repairing any damages. Trying to keep the ship from running out of gas, collecting and crafting all the items, as well as trying to keep your mice healthy, felt more like micromanagement than playing a game.

When traveling, keeping the ship moving is a must; if it stops for too long, it will be attacked by a sandworm. If a sandworm attacks, you’ll have to start from the beginning, only with damages to the ship as well as a loss of many supplies and money.

There is a short tutorial that explains the basics of the game. Other tips about gameplay come from visiting outposts and buying rumors. Even with the short tutorial and other tips throughout the game, it still felt as though not enough was explained.

Outposts are little towns where you can purchase fuel and other supplies such as cheese to survive. In outposts, you can also purchase rumors. The rumors are basically tips to further survival or the location of the next outpost. The last thing located in an outpost is a quest, which can be completed for extra cash, fuel or other materials. 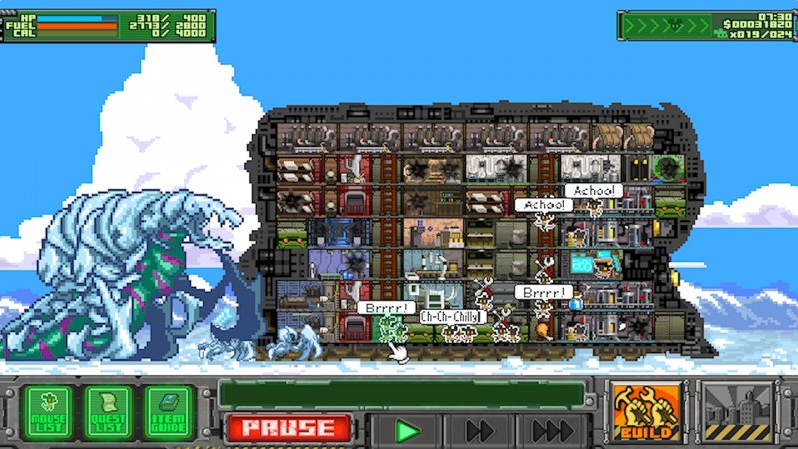 As you explore the desert, you collect scrap materials that are used to craft usable materials. One frustrating issue was that materials were extremely limited. At times, some of the items needed to build important rooms were not available, or parts that were not able to be made were needed. Another issue was when trying to complete quests, you had to craft items which used up more of your already limited supply.

Another issue was the mice always seemed to be hungry and would leave their post to get food. A mouse would only eat enough so that it did not fill the calorie status. If there was a way to assign a mouse to eat so that it’s calories bar did not drain out, I was unable to find it.

Putting aside all the tasks of keeping the ship running and the mice healthy, the game was a fun experience. As you continue along and pick up more mice, you can also upgrade your ship. There are even battles to fight. Upgrading the ship and taking part in battles are the most interesting part; I just wish there was more to it.

Trying to manage the fuel and the damage of the ship, as well as multiple rooms and the needs of the mice, seemed very overwhelming at times. It drew away from what would feel like a more enjoyable game.

Upgrading the ship and taking part in battles are the most interesting part; I just wish there was more to it.

Reviews Of mice and sand revised