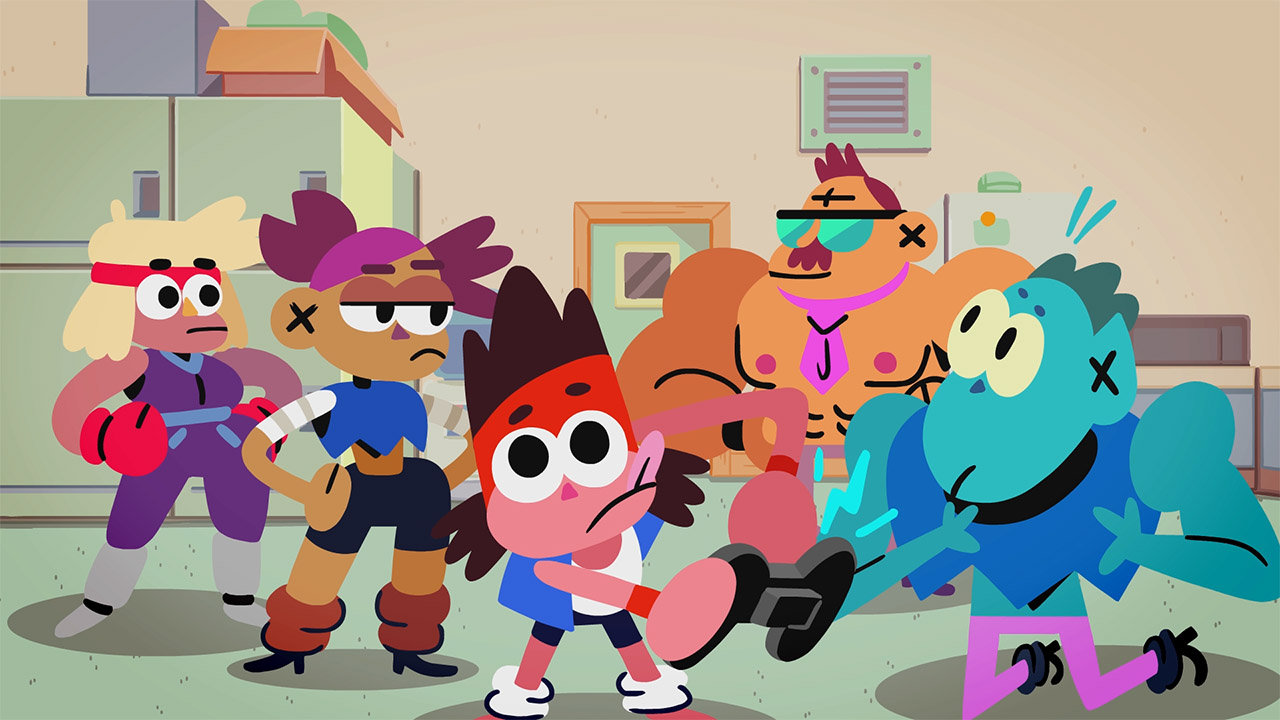 I have always been a fan of old school beat ‘em ups. Streets of Rage and Final Fight are two franchises that have held a special place for me, so when I researched OK K.O.! Let’s Play Heroes, based on the series from Cartoon Network, I was intrigued by the idea of mixing this genre with RPG elements, and was excited to give it a shot. Unfortunately, I was met with a repetitive mission structure, boring story, and an unappealing art style, which is somewhat salvaged by fun combat and a stellar cast of voice actors.

OK K.O.! has a rather cut-and-dry story, consisting of a young boy named K.O. who wants to get printed on a POW card, which would grant him the title of hero. Our optimistic protagonist achieves this goal rather early, but his card level, along with those of the other heroes of the plaza, has been set to zero by the the evil Lord Boxman. At this point, it becomes everyone’s goal to restore their level. From here there is not one overarching plot, but several smaller plots, such as helping your co worker, Enid, become a cool DJ, then trying to stop her due to the way she starts treating those around you. I found this format to be stale, since there is no real character growth or change, with characters reverting to their old ways after completing their objectives. 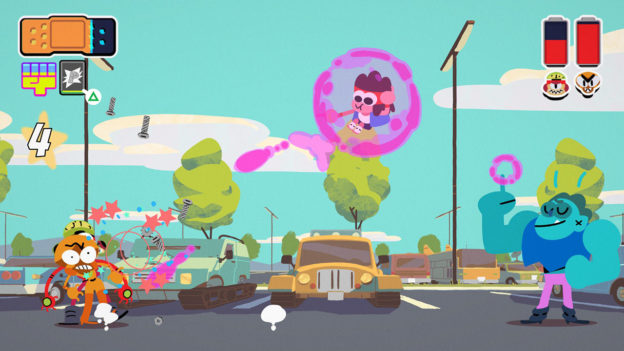 Mission structure is the biggest issue I have with this game, since every quest requires K.O. to go somewhere, retrieve or fight something, return to a character, and go to his mommy to finish the day. Rarely scattered throughout the world of Gar’s pagoda and plaza, there will be the occasional quest from his mommy, Carol, that will consist of searching for an item, or piecing together clues, in order to keep our young hero busy while she tries to run her dojo. I found these particular quests to be my favorites, because it felt like one of the few instances where I felt like I was interacting with a relatable character. There are also a lot of side quests that can be unlocked by purchasing POW card packs in a vending machine. These allow K.O. to help the various individuals hanging around the plaza unlock their ultimate move, or Powie Zowie. These quests are as simple as informing the character that they have a POW card, or acquiring items for them through various means. I personally got annoyed with these quests, because they felt like more of the same, their only purpose being to pad the length of the game.

Combat is just a side-scrolling beat ‘em ‘up, with some very light RPG elements, but still a lot of fun. When fighting enemies, there is the basic three-hit combo, but K.O. has a large variety of aerial combos, charge moves, and special summons through acquired Powie Zowies. I found using all of these crucial to surviving encounters. I personally found the summons, especially Rad’s flying and shooting ability, to be the most useful in a fight. I only had one complaint about the system, and that is how K.O. acquires his experience at the end of the battle. After ending a fight, you are forced to beat up a piñata of Boxman. A bunch of icons representing the points earned in battle scatter throughout the screen, and you have to run across the screen to grab them. I personally would’ve preferred a simple screen showing my experience bars filling up, and moving on with the game. 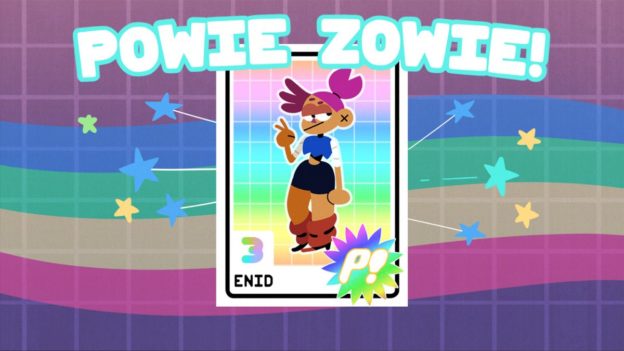 This game has an odd choice for their art direction, and I personally did not care for it. The animation and art is off-putting and jarring to look at, since characters range from stiff movements to very rubbery. Along with that, some of the lip movements of characters don’t sync well with the voices. While I am not an expert on this show, after I watched a few episodes, I prefer the show to the game because the style choices in this title make it look like a cheap rip-off of the franchise it’s trying to represent.

What saves this game from its art style is the cast of voice actors. There is immense talent, ranging from Jim Cummings as Boxman to Keri Wahlgren as the Shannon robots. These actors do a great job of giving these somewhat bland characters a great portrayal.

OK K.O.!, in a word, is mediocre. Decent combat and great acting couldn’t save this game from a repetitive mission structure, bad animation, and bland storytelling. Outside of very small children who are huge fans of the show, you’d be better to pass on this one, because there are better titles in this genre.

OK K.O.! Let’s Play Heroes is a title that is full of tiresome fetch quests and padding. Yet, this game shines when combat, or the talented cast of voice actors are put center stage, which isn’t often enough to save it from the repetitive qualities you are forced to handle.