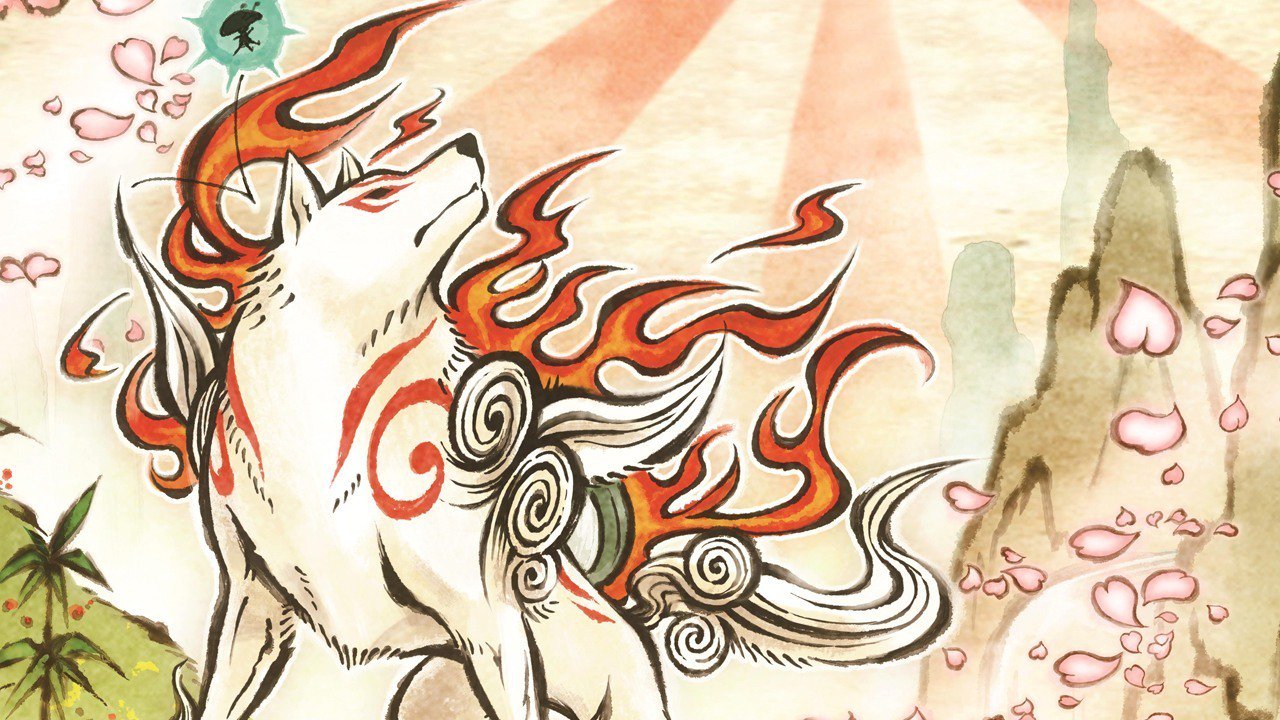 I originally bought Okami when it was released for the Nintendo Wii back in 2008. Even then, on that technology, it was an absolutely gorgeous game with the same sense of adventure as your typical Zelda release of the time. The vivid colors and sumi-e-inspired visuals were unlike anything I’d seen before in a video game, as was the paintbrush input. 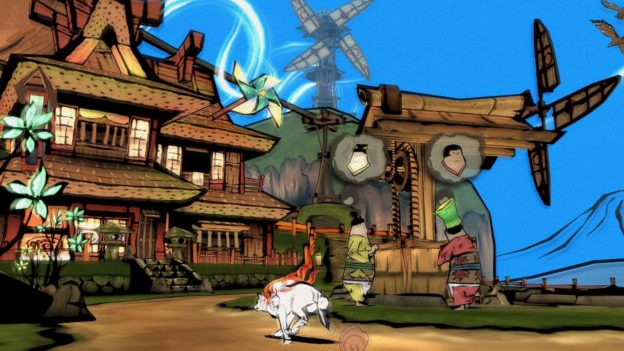 It’s because of that input, however, that I never finished the game. Carrying its artistic inspiration from visuals to combat, you’re often required to “paint” strokes on the screen in order to inflict damage on enemies. Too often the Wii Remote would register the wrong stroke or misinterpret what I was trying to do, making the core combat system highly ineffective.

That is not a problem with Okami HD on the Nintendo Switch for two reasons. But before I get to that, let’s talk a little about the game’s story.

In Okami HD you play as Okami Amaterasu, a sun goddess in the form of a white wolf. Amaterasu is called forth when a villager accidentally frees the eight-headed demon Orochi who had been sealed away for 100 years earlier by the white wolf Shiranui and swordsman Nagi. Orochi immediately curses the land, and it’s up to Amaterasu to lift the curse and once again defeat Orochi, this time with the help of an inch-high artist named Issun (don’t call him a bug). These two have a dynamic not entirely unlike Wolf Link and Midna, traveling across fields and through dungeons to vanquish their enemies and save the day. 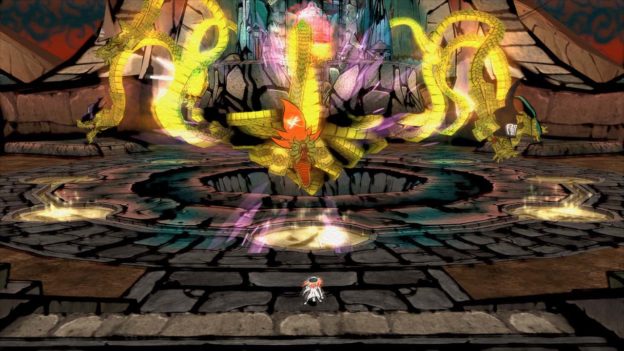 Those enemies are faced with a combination of traditional button attacks and use of the celestial paintbrush. At certain points, it’s either advantageous or outright necessary to freeze the game and paint out a specific stroke such as circling or slashing your enemy. You can do this with the Joy-Con’s control stick or motion sensors in docked mode or directly on the screen in portable mode. And although the game is still pretty finicky with what it’ll properly detect (it shouldn’t be so hard to cross names off a list), it’s much easier to paint with the Joy-Con motion sensors than it was on the Wii Remote. At least for me. And if you find that strokes aren’t registering that way, switch to portable and just draw to help you get through the tougher battles. No matter how you do it, the multiple control methods mean far less frustration. 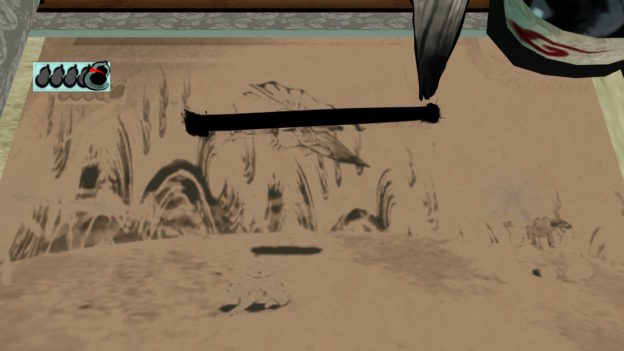 That’s important because it allows you to focus on the adventure. The linear method in which it’s laid out may seem old-fashioned after playing through Breath of the Wild, but that provides a natural pacing that many gamers still prefer. Access a new area, complete and new dungeon, learn a new skill, and on you go. Of course, there are plenty of people to meet and quests to complete along the way, and taking the time to explore will reveal many treasures and power-ups along the way. There’s a fairly simple system of skills to level up and items you acquire to aid you in combat, so help against the bosses is always just a menu access away.

Speaking of bosses, most of them in Okami HD are epic. Not only do they look fantastic with the stylized visuals, but they’re great fun to take down, too. My favorite was the Spider Queen. To damage her, you had to avoid attacks until an egg appeared on her back. Swipe the egg with your paintbrush and four “hooks” appear. You then have to paint strands from nearby flower blossoms to two of these hooks, which opens the protective petals on her back. Finally able to do damage, you run up the petals and attack the eight eyes (eight is significant throughout the game) to eliminate them. Repeat until all eight are gone. 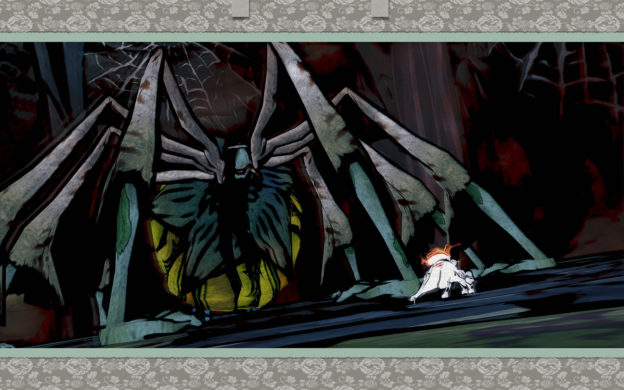 As with all great adventure games, these action sequences are tied together by moments of tenderness and humor that help bring the characters to life and keep pushing you onwards. It also helps that the battles aren’t random and can be avoided when you’re in a hurry to get somewhere, but it’s important to take on as many as you can in order to grow your skill set. They’re fought in miniature arenas, but you can escape most of them if necessary.

And when you need a break, you can always find a pond or stream and go fishing.

Okami HD is a wonderful, exciting adventure that’s beautifully presented. Although the paintbrush mechanic can still be frustrating, the Nintendo Switch offers its best implementation of any platform. The game’s linear progression, on the other hand, very much shows its age; those who have enjoyed Breath of the Wild and Skyrim on the Switch may not welcome the return to hand-held adventuring. But if you allow yourself to get drawn into this colorful world and its story of a goddess wolf and her tiny, smart-aleck friend (seriously, don’t call him a bug), you’ll find that Okami HD is well worth the 40-hour investment even if you’ve invested it before.