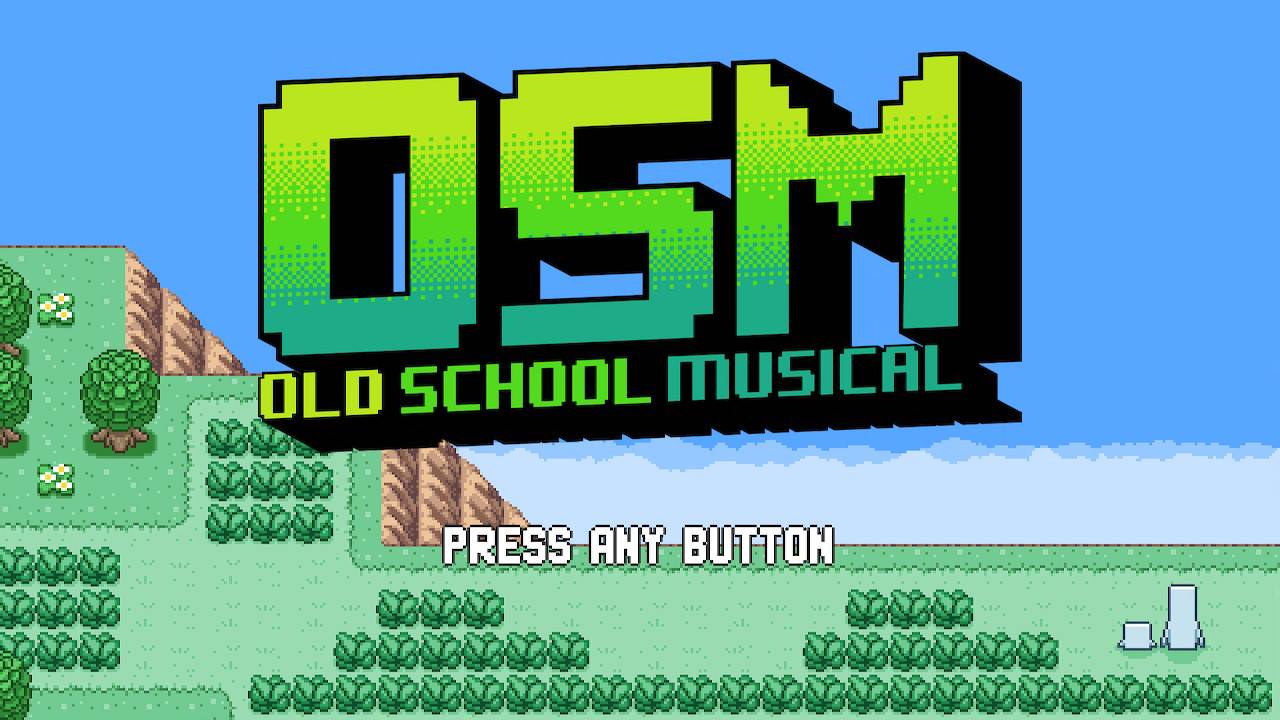 Old School Musical is an arcade rhythm game mixed in with some adventure. It’s upbeat and fast paced with interesting characters, familiar backgrounds, and a variety of fun music. This game puts a great twist on some of our favorite retro games. 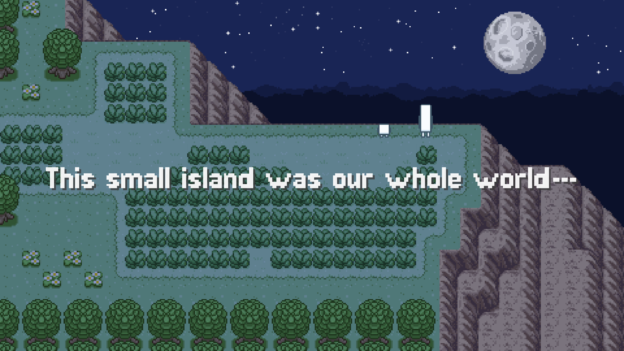 Old School Musical begins with a quick set up for the game. It tests your reflexes upon hearing a beat and watching the movement on-screen. This tests your timing and the delay in-game so it knows what scores to give you when you’re actually playing. This is also a way to show you the basic controls and what the game will entail you to do.

After that, there’s a slight tutorial level which also explains the story of the game. Tib and Rob are brothers who are looking for a way out of their home and also away from their mother. She trains them to fight and the tutorial is them running away from her while training. 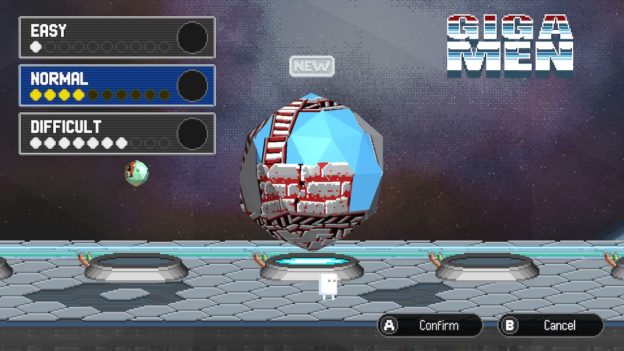 Then the real story begins. Tib and Rob find some strange things going on in their world. The world is glitching around them so they try to find their mother, who has left them a note wanting them to meet her in a certain area. Thus, Tib and Rob begin their adventure to escape the glitches and save their pixelated world.

The characters find themselves in some sort of hub world that don’t seem to have any glitches. The brothers then proceed to go through each world they come across to find their mother. Each level plays the same. The characters move on their own in the background while you tap the directional buttons and the L- and R- buttons on the Joy-Con. The game plays similar to DDR except with the Joy-Con instead of stepping on a mat.

I’ll admit, I didn’t care too much for the storyline, especially in the beginning of the game. I thought the mother was weird and felt that could have been done without. The glitching of the world was a nice touch though. 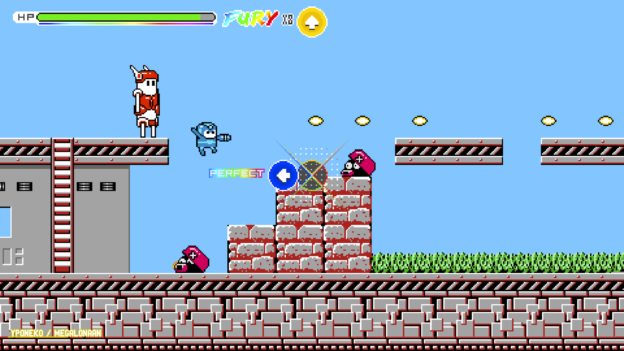 I enjoyed both the graphics and the music in this game. Once Tib and Rob enter a level they take the form of some familiar characters we all know and love. This includes Mega Man, the Ninja Turtles and many more. Having the characters move on their own in the background as you push buttons to the beat is an interesting concept. It makes the rhythm that much harder because the arrows are in the middle of the screen and it’s easy to miss a few beats because you’re curious as to what the characters are doing. The levels are pretty short as well, but it works fine because when the level starts glitching out it can be a little dizzying. The levels can also be played on easy, normal, or difficult, which adds more beats to the music the harder it gets. All are doable, but certainly not without effort.

The music, of course, is great. Each track is upbeat, fun, and unique from the one before it. They’re chiptunes specific for each level so it’s hard to hum along with them as you play the game, but sometimes it’s easy to try to hit the notes a little easier. Old School Musical was definitely spot on with the music, which is great since that’s the main premise of the game.

While the beginning of the game was odd, the overall gameplay is a lot of fun. It’s fast-paced, unique, and upbeat. I loved revisiting some old games and listening to the cool music. It’s a simple game that requires a lot of attention and it’s a game that I’ll pick up and play once in a while.

Old School Musical is a lot of fun. It’s fast-paced, unique, and upbeat. It’s a simple game that requires a lot of attention and it’s a game I’ll pick up and play again for sure.