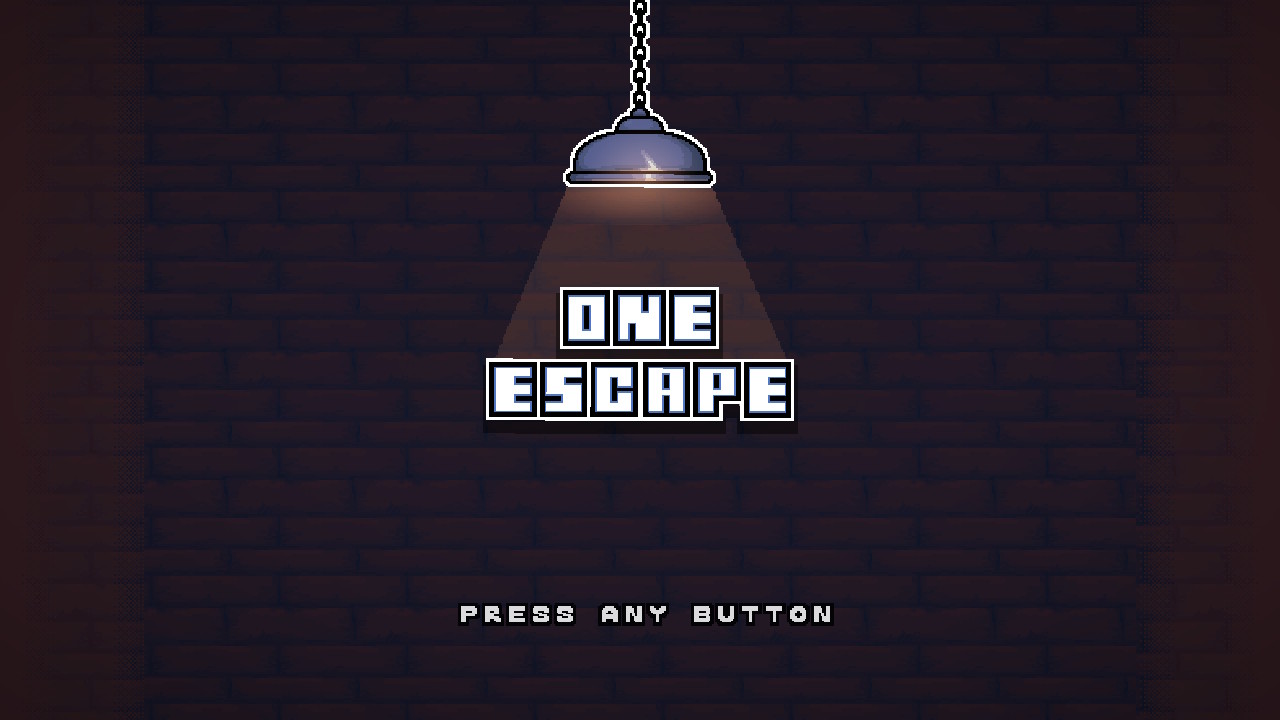 A duck, gorilla, and hog walk into a bank… What’s the punchline? They get caught. That’s the premise of One Escape, developed by BUG-Studio and published by Ratalaika Games. This puzzle platformer certainly has its fun moments, but for how long? 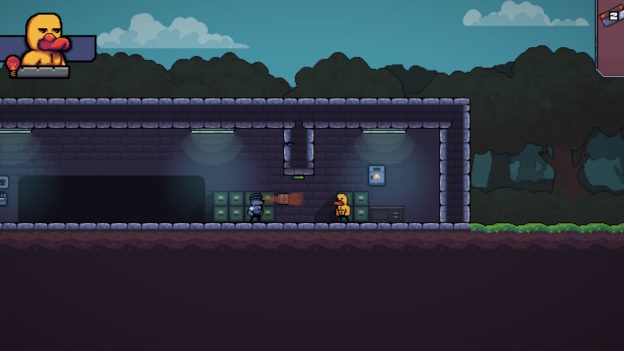 In terms of a story, that’s about it. The three main characters decide to rob a bank but get arrested instead. Now they need to escape jail. You take control of each character, escaping various jail areas in quick levels, using each of their unique abilities.

Now don’t get me wrong – you play as each character one at a time through levels catered to them. When I first saw this game, I thought I’d get to play as the three characters, switching between them in each level based on which ability I needed to escape. For example, the duck can crawl through tunnels, the gorilla can climb walls, and the hog can punch guards, walls and move boxes. All three of them can double jump. 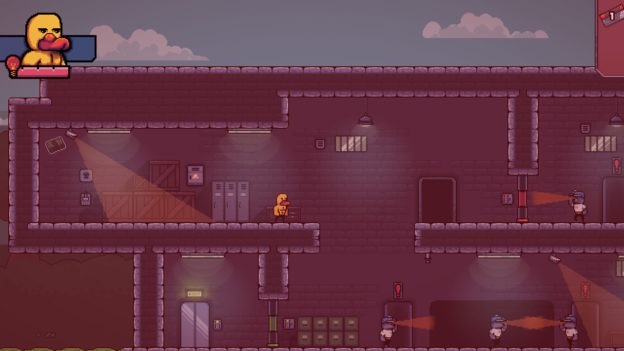 However, switching between characters isn’t the case, which was a bit disappointing to me. In fact, you almost forget that they robbed a bank together because once they’re caught, it’s every man – or animal – for themselves. There are 60 levels total, 20 with each character. You have to play these 20 levels in order per character, but if you get tired of the duck levels, you can take a break and move on to the gorilla levels. I didn’t realize this at first. I thought I needed to complete all 20 duck levels before moving onto the next character.

You might as well complete all the levels for one character at once, though, so you can get used to their abilities and how they play. The levels are short, with a lot of back and forth. You need to collect keycards to open doors, but there are lasers and security cameras for you to dodge. You can turn these off with a button, but that itself is a bit of a puzzle to get to. There are also security guards who aren’t the brightest stars in the sky. You can easily hide in the shadows so they won’t see you, or you can double jump over them. 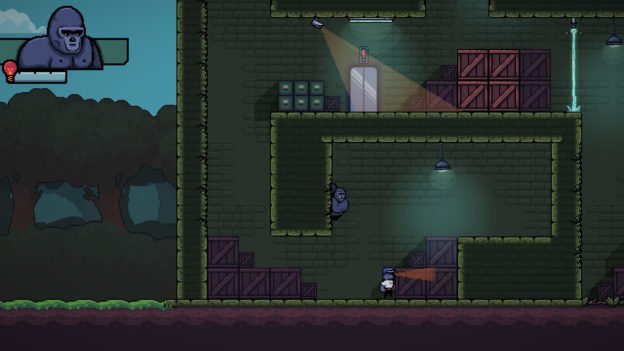 The guards have flashlights with a short range, so as long as you don’t get into their light, you’re good. If you do get caught, you simply need to restart the level. If you get captured by a security camera, however, more guards will appear. All you need to do is hide in the shadows, and after a few seconds, the guards will give up, and you can proceed as usual.

One Escape is the type of game that you can pick up and play whenever you want. You can also beat the entire game in one sitting within two or three hours. The puzzles of the levels were pretty easy to solve, so once you get through a handful of them for each character, the gameplay becomes a bit monotonous. The music didn’t help this monotony, either. While it was good music, there were two tracks throughout the whole game – one during the casual playthrough and another song when you tripped a security camera, and the guards were looking for you. 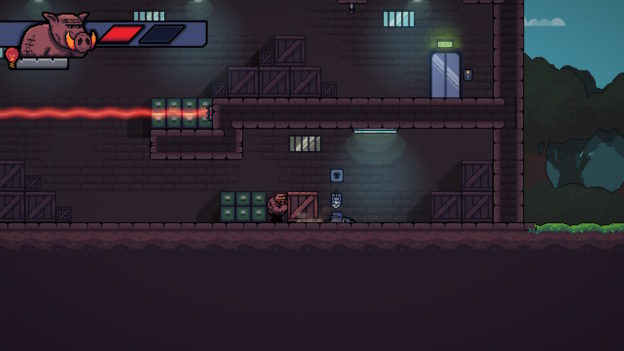 The pixel graphics were charming, and the controls played fluidly. However, there was a ton of lag during the last three levels for the duck. Did it disrupt my gameplay? No. But it was extremely slow and became super annoying. I even reset the game, and it didn’t fix it until I completed level 20 and moved onto the gorilla levels. I played One Escape on my Nintendo Switch Lite, so maybe that had something to do with it, but other than that, the game played great.

Unfortunately, there’s not much else to the game. Once you get through all 60 levels in a couple of hours, that’s all there is to it. There’s little replayability, but it’s fun while it lasts.

One Escape is a unique puzzle platformer that’s fun for the first few levels before it becomes repetitive.