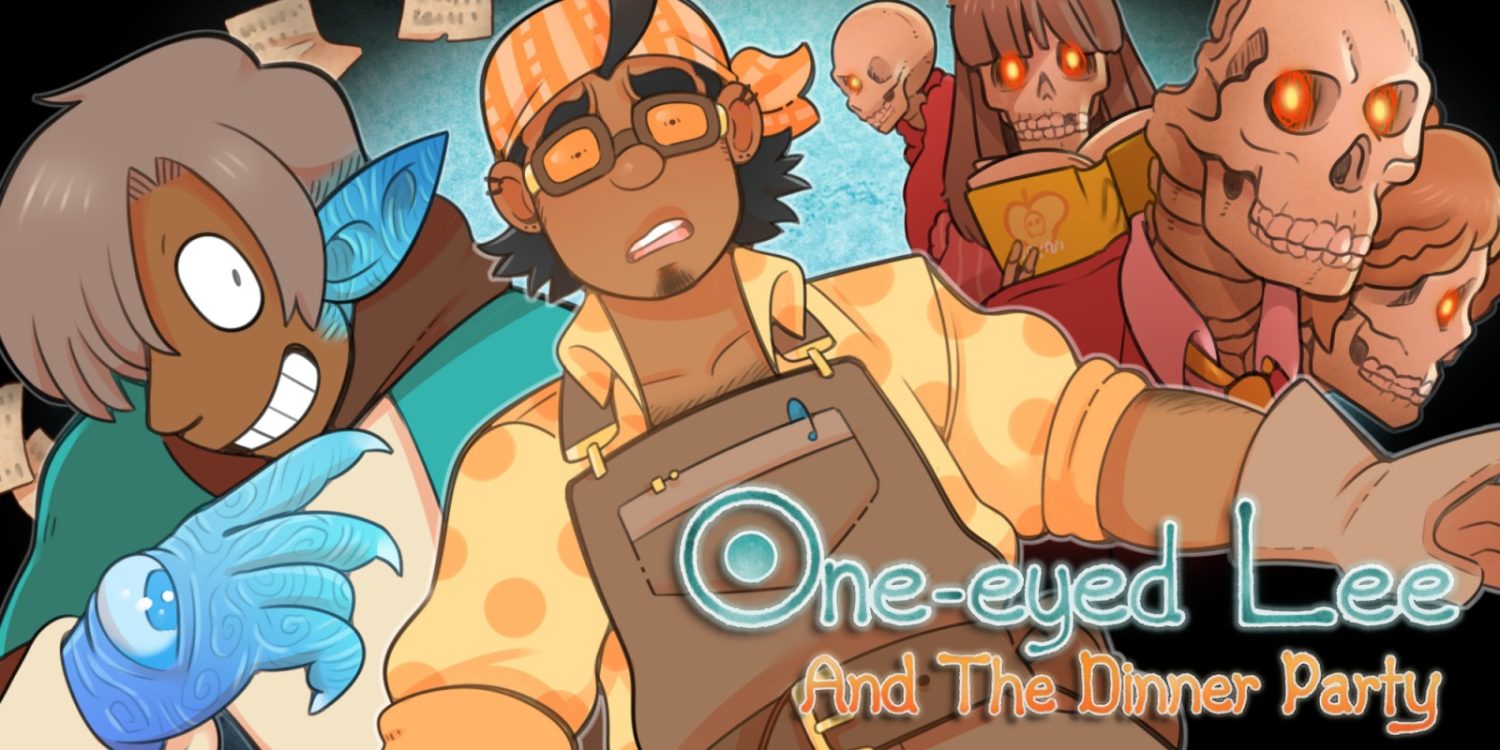 The second instalment in an already promising series, One-Eyed Lee and the Dinner Party is a point-and-click supernatural mystery. Set in a post-apocalyptic fantastical world, the game balances a nuanced exploration of its small cast of characters with some clever world-building that teases the potential for future installations.

The story follows a scientist named Beracus and the titular Lee as they examine a bunker they believed to be abandoned, only to be trapped at a dinner party hosted by a family of skeletons. The pair are invited to wait with them for the “New World”, with a locked door leaving them little room to refuse.

You then direct Beracus and Lee around the bunker, rummaging through the family’s belongings and chatting to the animated skeletons. This process reveals clues that help you to figure out the secret exit through which you can escape. It also unveils the history of the trapped family and the mysterious cult leader who lured them into the bunker and trapped them there. 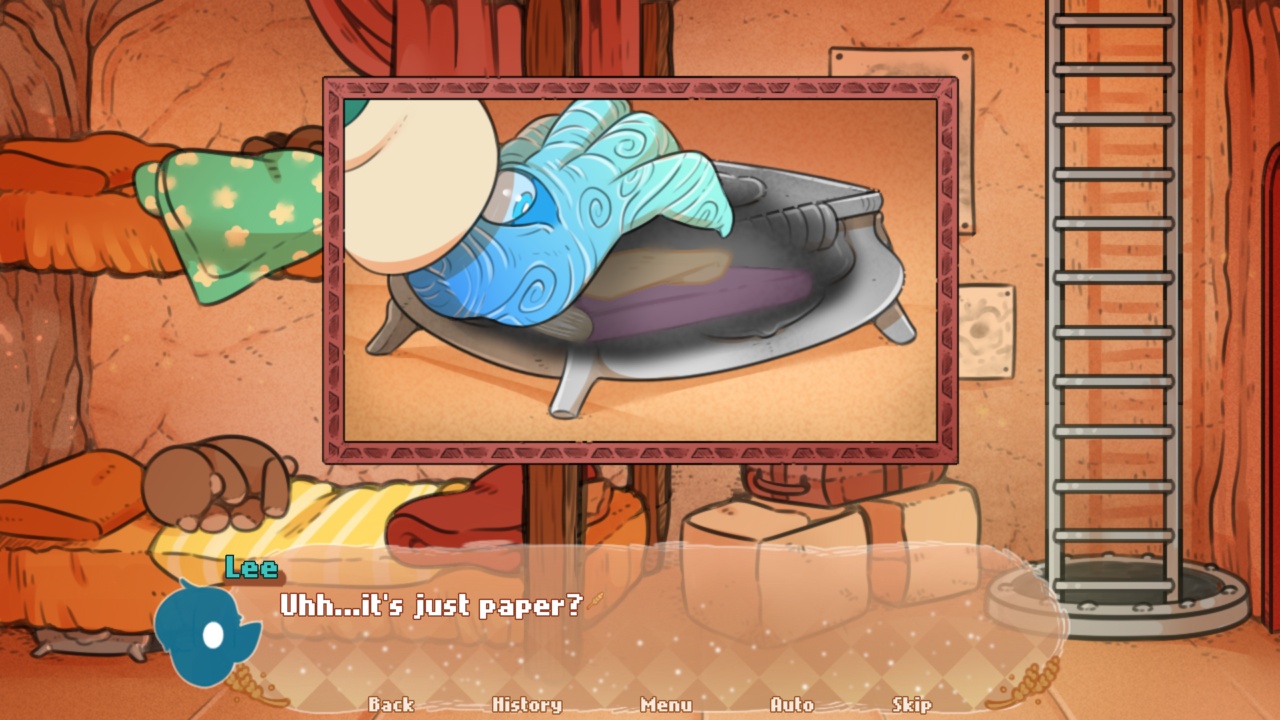 One of your key goals in the game is to not allow Lee to die. Unfortunately for you, he’s a little reckless. He likes touching things he really shouldn’t and can be somewhat hasty in sharing his opinions. One of the choices you have to make is how far to let him go when he wants to examine some ominous-looking mould or speak his mind to someone who doesn’t want to hear it.

This is a theme that runs through the entire One-Eyed Lee series. His impulsive behaviour is, at least in part, due to a mysterious magic that possesses him, which Beracus is trying to fully understand in his role as both friend and scientist. 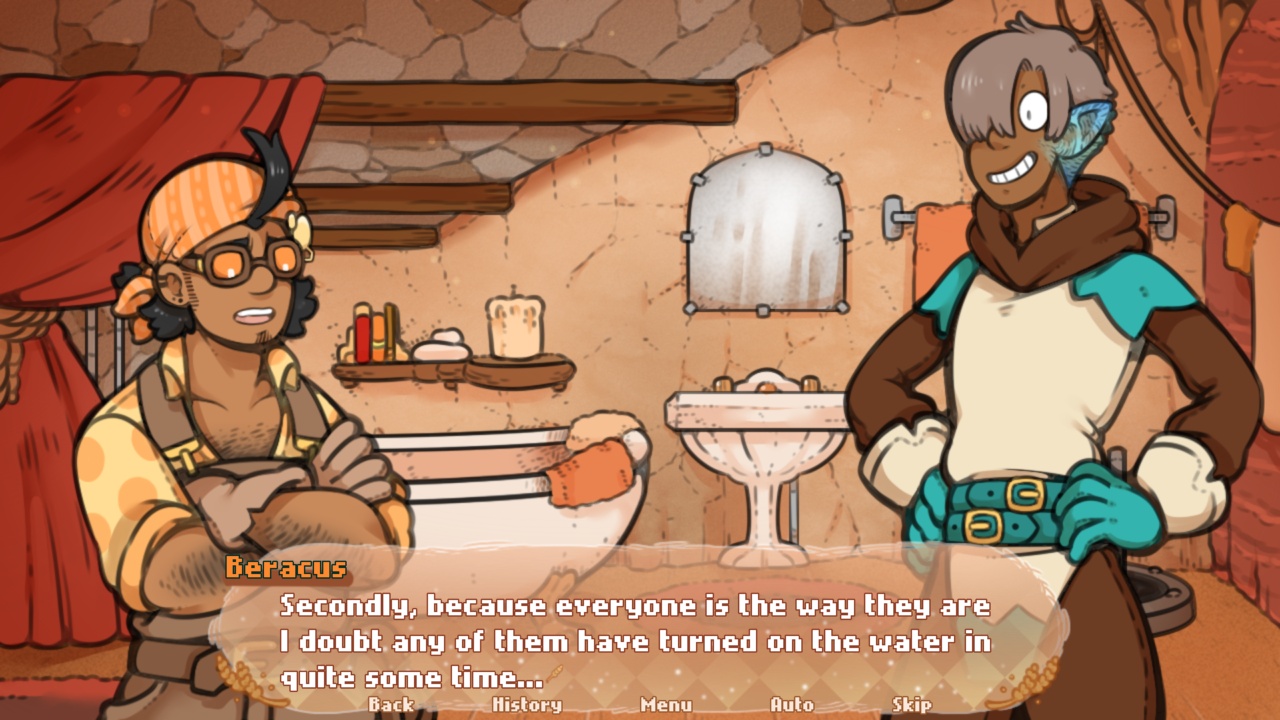 However, it’s still perfectly possible to play through the entirety of One-Eyed Lee and the Dinner Party without having any foreknowledge of the other games. The story is comfortably self-contained and none of the threads that connect to other games feel like loose ends. They tease the world outside the bunker in a way that is genuinely fun.

Solving the puzzles requires multiple conversations with each character and many visits to each room. One-Eyed Lee and the Dinner Party makes very good use of the limited space, keeping the amount of background artwork to a minimum without making the game feel stunted or repetitive.

The narrative takes a wonderfully human approach to the different characters. They’re all clearly well fleshed out, each with their own personalities and flaws. It’s refreshing to see people’s mistakes presented as just that, with the story showing the logical steps behind the choices the characters aren’t exactly proud of – the times they’ve hurt people or the things they regret. The game has a lot of empathy built into it, which gives it a lot of heart and a strong emotional climax (regardless of which of the multiple endings you get). 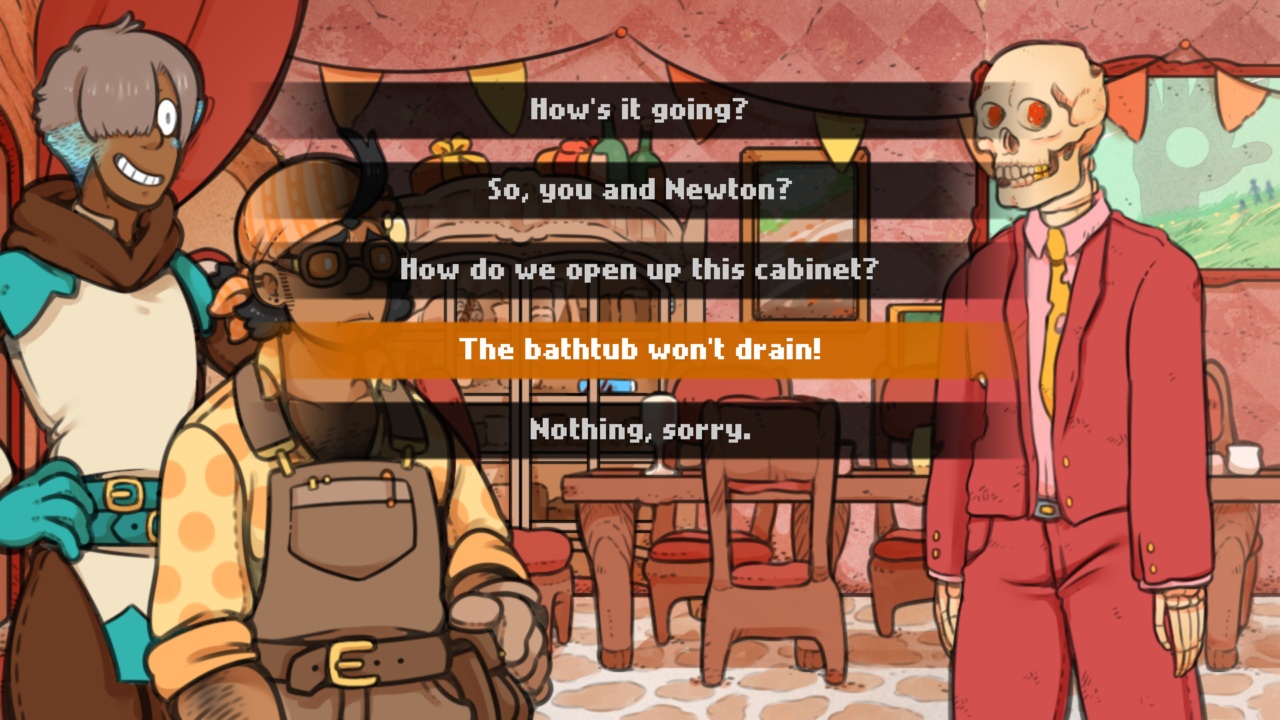 The original artwork has a clear, distinct character with bold colours and clear stylistic choices that really work. The bright, cartoonish design is very fun when juxtaposed with the dark story of manipulation and kidnapping and death, as well as occasionally crude humour and swears.

One-Eyed Lee and the Dinner Party is a very well-made game. It has ported smoothly to the Switch compared to other point-and-click games I’ve played. Its art style, soundtrack and narrative combine to create a great sense of character that is both compelling and wholesome.

One-Eyed Lee and the Dinner Party is a fantastic mystery game that eases you into its ominous yet colourful world and explores the essence of humanity through fantastical characters.