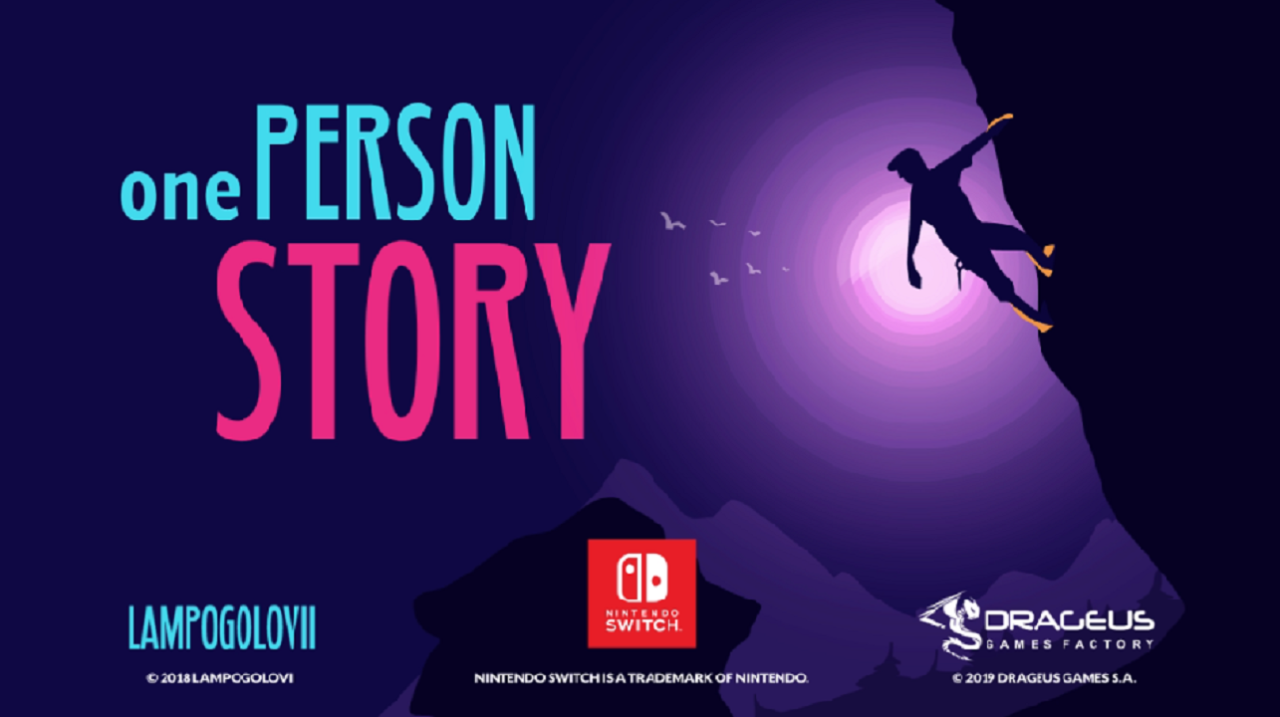 In One Person Story, you’re experiencing a hundred different puzzles as the story is presented to you through text on the screen. The story progresses with each level, and despite following only a little purple orb that bounces around the screen, you build a deep empathy with the struggle it experiences.

Games as a medium are more engaging than any other. It doesn’t matter what you’re doing in a game, you’ll often find yourself feeling a connection with its characters and moments, and that can be unlike anything else. It’s for this reason that games will have an intimacy that other mediums can’t always achieve. Of course, the writing in a film may often be better, but you’re merely a spectator on that journey. Even in a game as simple as this one, the above is so apparent—what this little orb goes through is not only something that will stay with you, but the lessons learned throughout the game will do so as well. One Person Story is very transparent with its messaging, and its goal is to help those who struggle or put too much pressure on themselves.

Despite its simplicity, One Person Story is meticulously crafted so each stage perfectly complements the piece of dialogue attached. For example, if the stage is focused on how you need to break down a barrier or slow things down, you are being given a task with a metaphorical meaning. Continuing to bang the drum of how simple the game is, the score really does deserve a mention. Without ever doing anything outrageous it’s truly a delight to listen to—every small thing is working in unison to create a charming journey. It also looks very striking on the screen, again due to its minimalist design. On the screen at any time is just a purple ball bouncing between blue lines, accompanied by red barriers or spikes around the stage.

You control the red parts. You can change the stage with the press of a button, whether it’s opening doors or slowing time, but that is all you do. One Person Story could easily be played with one hand—your control is limited, and yet the aforementioned intimacy that comes with games is not sacrificed at all because of it. As you progress through the stages, different mechanics are introduced and then left behind just as quickly as they first came, such as the ability to teleport. These changes are what keeps every puzzle fresh and a worthy challenge, all the while consistently adding texture to the game within the context of the narrative.

Traditionally, puzzle games are good to revisit, beating your high score or your fastest time, but there isn’t much else to One Person Story. Once you’ve played through it the first time there is very little reason to revisit it. The message of the game is obviously very positive, but it’s hard to say whether in a year’s time it’ll be worth experiencing again.

If you could only say one thing about One Person Story, it’s that it’s intentionally made — everything is just how it’s supposed to be, with nothing feeling out of place or forced. Considering the subject matter, which is handled with care, that’s an impressive feat.

There’s not really a lot wrong with One Person Story as a game, other than limited replay value. Perhaps it’s not for everyone, veering away from more traditional puzzle games. In One Person Story, the puzzles are collateral in simply reaching the end and experiencing the story.