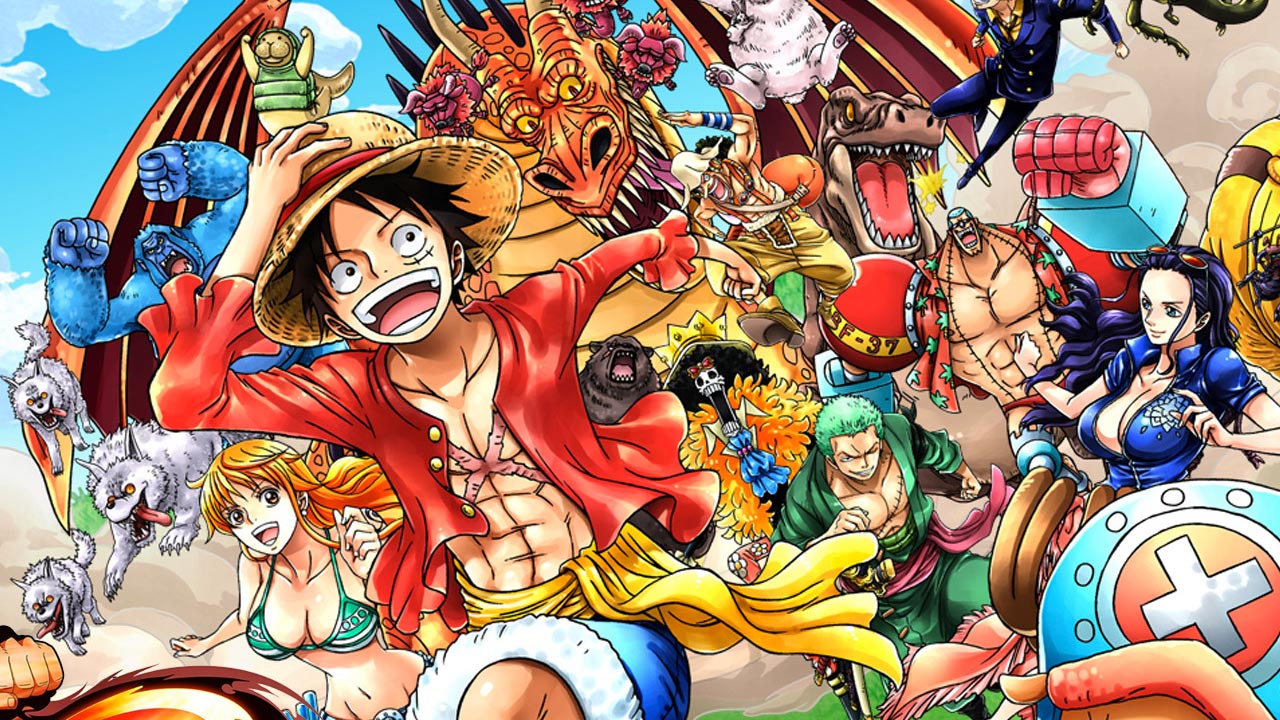 If you’re a ONE PIECE fan and you own a Switch, then you’ve probably been awaiting the release of ONE PIECE: Unlimited World Red Deluxe Edition. Well now’s your chance to join in on the party! The game was recently re-released on Nintendo’s new handheld/console hybrid and now you can take the world of ONE PIECE with you wherever you go. This game is a direct port of the Wii U and 3DS version released back in 2014. While the Switch version isn’t different enough to warrant buying the game again it does look great on the system, and fans who haven’t bought the game yet will appreciate the enhanced graphics and all of the DLC that comes with the deluxe edition. I’m not a big fan of ONE PIECE but one of my close friends absolutely LOVES the anime and he helped me out while writing this review. So let’s take a look at ONE PIECE: Unlimited World Red Deluxe Edition and see how it holds up on the Switch. 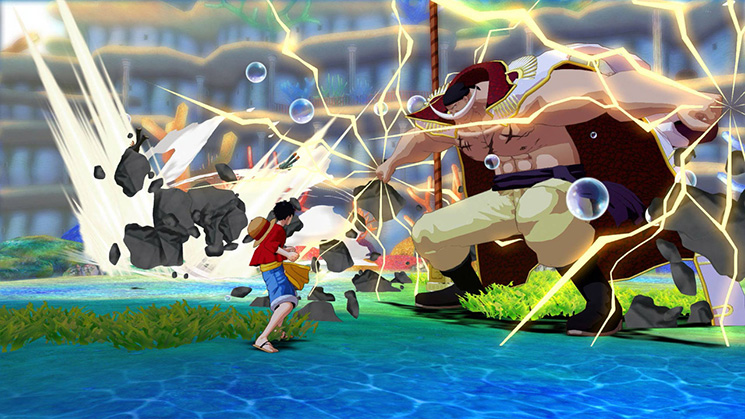 Unlimited World Red jumps straight into the story when you begin. The main character Luffy and his “Straw Hat” pirate crew have been at sea for a long time and they have finally arrived at their destination, the “Island of Promises”. Well needless to say this island isn’t what it seems, and before you know it the pirate crew has been kidnapped and Luffy is all alone to figure out what the heck happened to everyone. Not being a fan of the series I really didn’t know what was going on and who was who, so my friend had to explain everything to me. I know this game is pretty much an ode to fans of the ONE PIECE series, so they probably figured those who were buying it already knew what they needed to know. Which is fine, it just would have been nice to have some character introductions or something so I could become a little more familiar with everyone and get the references throughout the story. Regardless, it’s pretty easy to catch on if you play long enough and the characters are all pretty funny and likable. 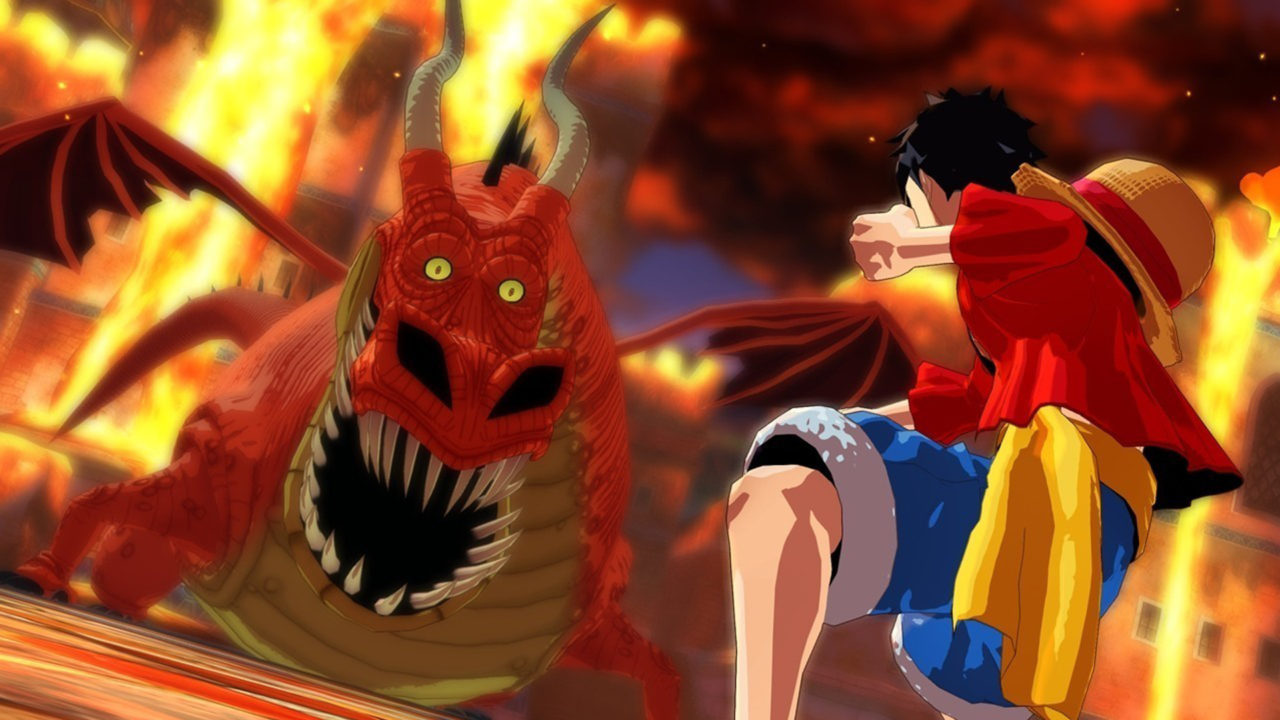 The first place you’ll really get to explore is Transtown, this is kind of like the hub area. From here you can choose which level you want to go to. Each level is its own little environment, stocked with tons of bad guys, treasures to find and of course, a boss. I wasn’t very impressed with the level environments. Transtown is a nice, vibrant place so I just assumed all of the levels would have that much attention to detail, but they were lacking just a bit. I also noticed that aside from beating up bad guys there isn’t much to do. I saw a few barrels and crates that I could bash to earn a little extra loot, or items for side quests but that was it. I’d probably feel differently if I didn’t have to spend so much time visiting places I had already been, but you’ll need to backtrack a little to obtain specific items and materials that you need. 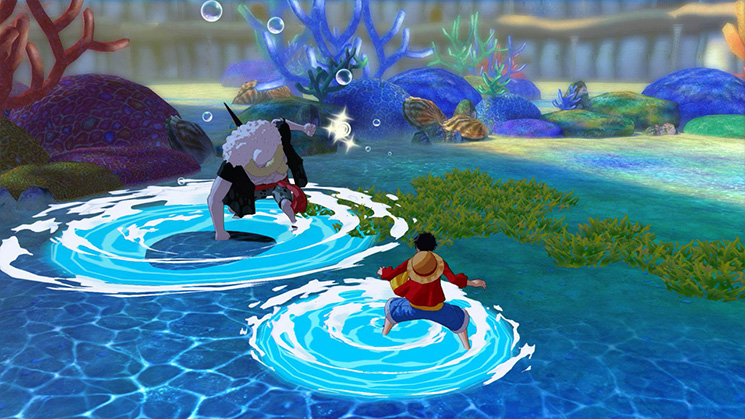 So yeah, the levels lack exciting environments and the enemies weren’t very memorable either, but one thing I did enjoy was the boss fights. These involved a lot more strategy and were more exciting than anything else that I experienced while playing the game. If you’ve ever played Kingdom Hearts, the gameplay is a lot like that. You can move around freely in the space given to you during these fights, and you need to lock on to the enemy if you want to get a good hit in. Each boss also has a nice introduction cut scene which I enjoyed watching and all of them have their own strategic attack patterns and weak points. It’s easy to get the hang of fighting and it’s pretty fun most of the time. If you’re not fighting a boss then you can just run around and beat the crap out of whoever is in your way while walking around the level. After defeating the boss you will be transported back to Transtown where you can spend your loot on various things. 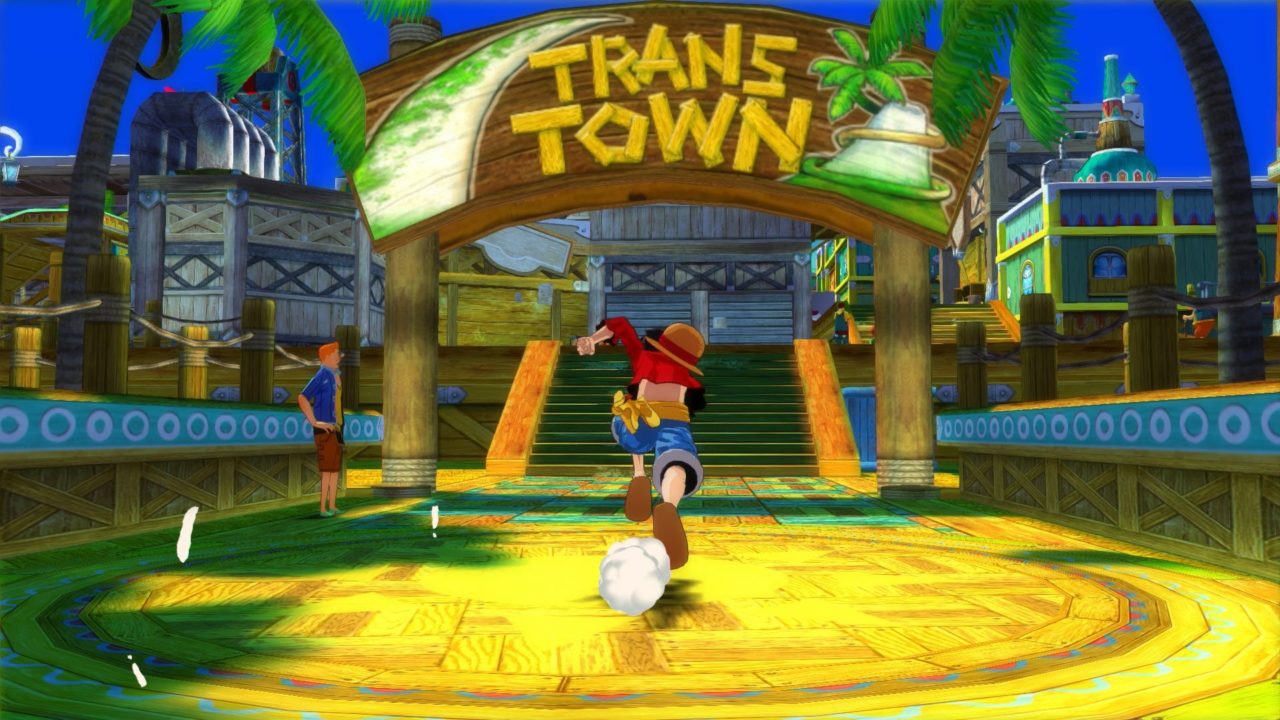 One of my favorite parts of this game was being able to upgrade the hub. Once you’ve acquired enough money you can build shops, restaurants, taverns and more. These places will open up new quests and some nice, helpful items. It’s also fun to have a little something on the side if you want to take a break from the main game. Transtown is a pretty big area with plenty to do. It’s also fun to swing around town on Luffy’s long, stretchy arms. These are also useful in battle for long-ranged attacks. Each character has a unique trait or ability that they have gained through eating something called the “gum-gum fruit”. After Luffy ate the gum-gum fruit he obtained an ability that lets him stretch pretty much any part of his body and gives his skin a resilient, rubbery effect. As the story progresses more of Luffy’s crew will join your quest and you can choose the 3 characters you want in your party. It’s kind of cool seeing the different powers that are obtained through eating the gum-gum fruit–I wonder what mine would be… 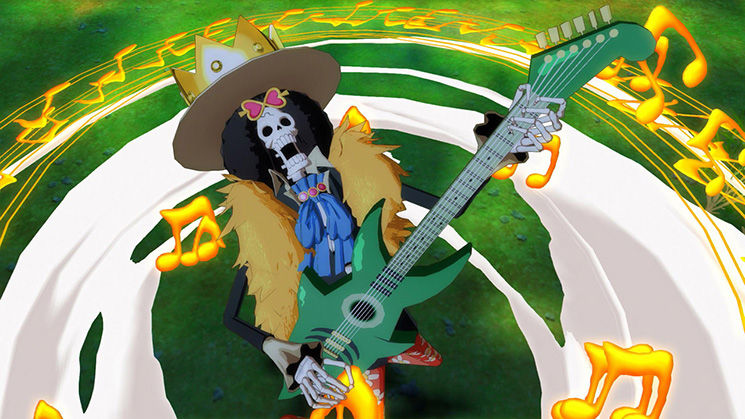 Playing ONE PIECE: Unlimited World Red Deluxe Edition was a fun experience, but as someone who doesn’t really know a lot about the series I had a hard time getting into it. However, my friend who is a big fan seemed like he really enjoyed it and kept asking if he could play whenever he came over. So my final opinion is going to be kind of split. Unlimited World Red is a game mostly geared toward fans, but it could also be a fun filler game for people who like action/adventure titles. Since this “deluxe edition” is pretty much a direct port I’d say skip buying it if you already own it on another system, but if you don’t, it’s something worth checking out. ONE PIECE: Unlimited World Red Deluxe Edition is available on the Nintendo Switch for $39.99.

“Unlimited World Red is a game mostly geared toward fans, but it could also be a fun filler game for people who like action/adventure titles. Since this “deluxe edition” is pretty much a direct port I’d say skip buying it if you already own it on another system, but if you don’t it’s something worth checking out.”