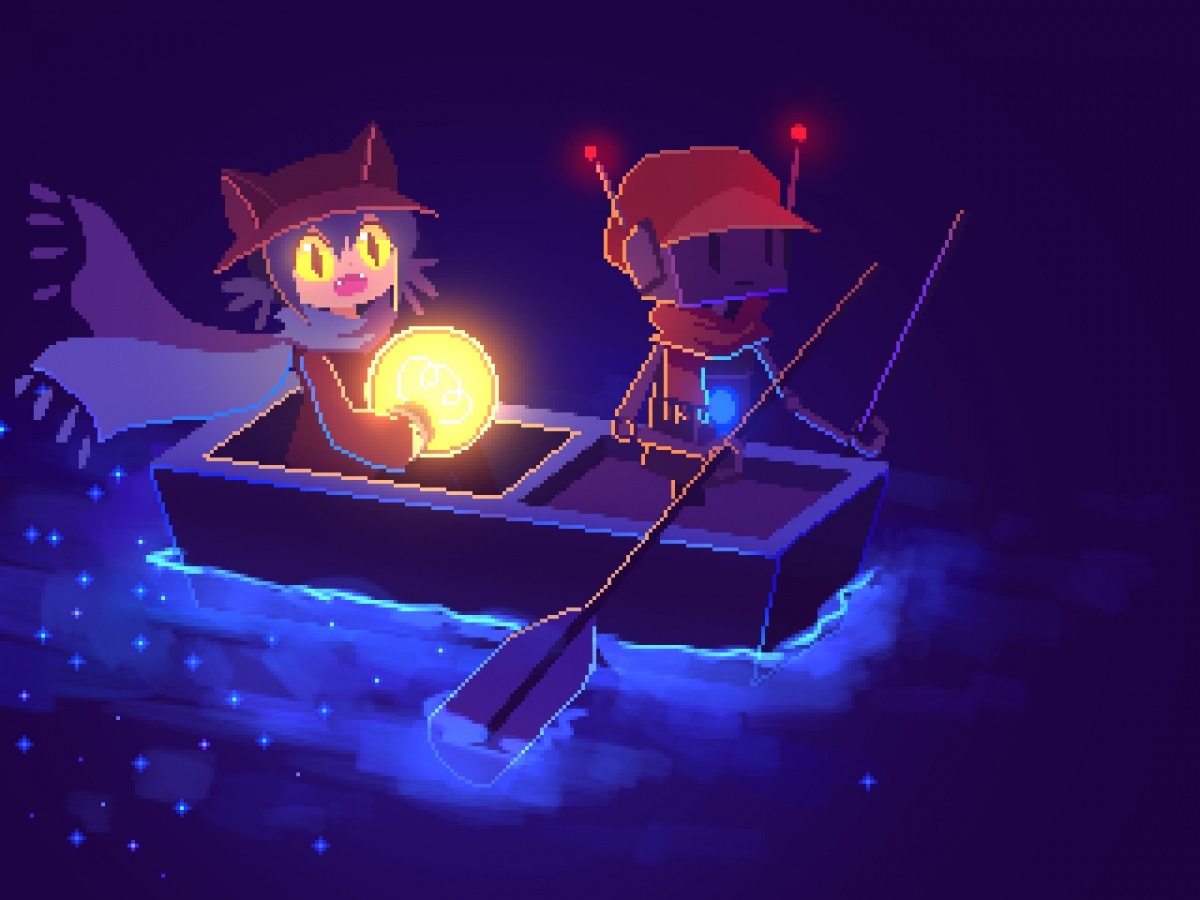 By Kaelyn Daugherty  •  1 month ago

Imagine you wake up in a world where the sun has vanished. An unfamiliar, cold, dreary place with very few inhabitants or life. This is the world of OneShot: World Machine Edition. Accompany Niko, the protagonist of this dark adventure and help him find his way home… Literally. Like, Niko knows your there and calls out to you for help. It’s pretty cool. However don’t tread lightly. The catch is, you only have one shot.

I think it’s pretty neat when a game breaks the 4th wall. Especially when characters are talking to the player as if they know you are really there. At first, Niko is unaware of your presence. He wakes up alone in a spooky, strange house. It’s not until he finds a lightbulb in the basement that he is allowed to leave. The thing is, Niko doesn’t know where he is or how to get back home. 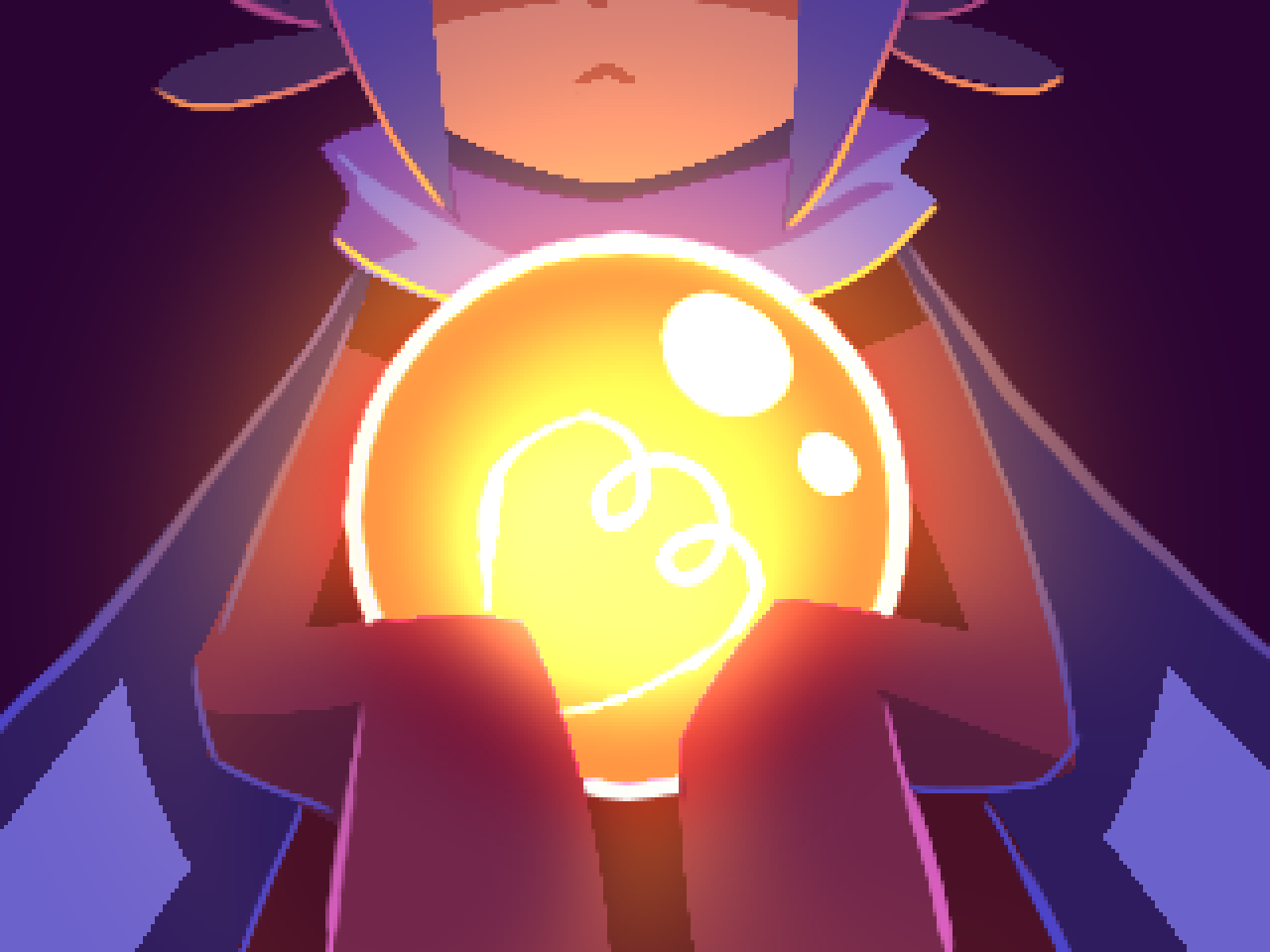 As Niko ventures out a bit, he comes across a friendly robot NPC named Prophetbot, who notices the bright, shiny lightbulb he is carrying. He breaks some pretty interesting news and informs Niko that Niko is the Messiah, and he has been brought to this world to restore light. The NPC also tells Niko about you, the player. You are kind of like a god to them. Niko is told that actions have consequences and that his decisions will affect the outcome of this world. You are there to keep a watchful eye and help guide Niko through his journey. He will look to you and ask you questions or for advice. It made me feel closer to him like we really were in this together. 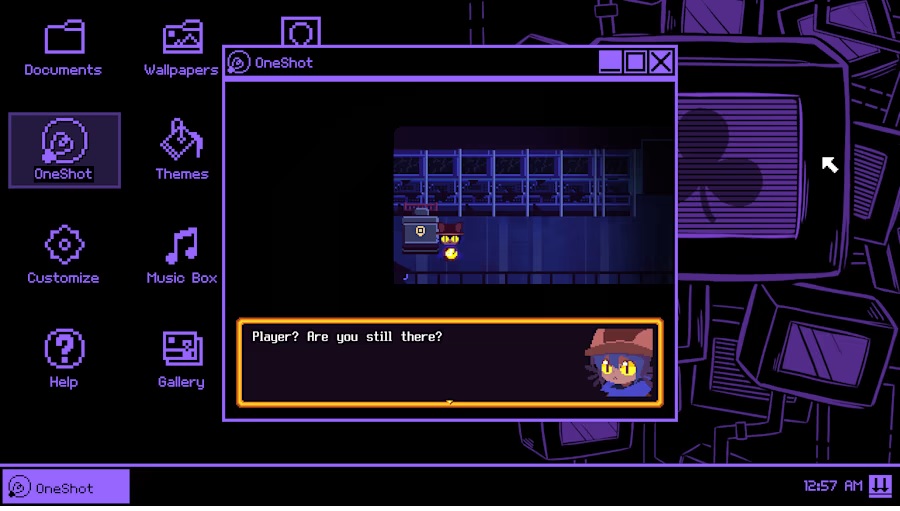 Another cool feature is that OneShot is kind of like, a game within a game. Upon booting the game up, your Nintendo Switch will transform into a retro Desktop computer. Your joysticks control the mouse, you can change your desktop wallpaper, check out game files, change settings, and all kinds of stuff. Clicking on the OneShot icon will load up the game. It’ll even open up in a separate window that you can minimize and move around the screen. Clicking the X in the top right corner will save and close out your game. Pretty neat, in my opinion. 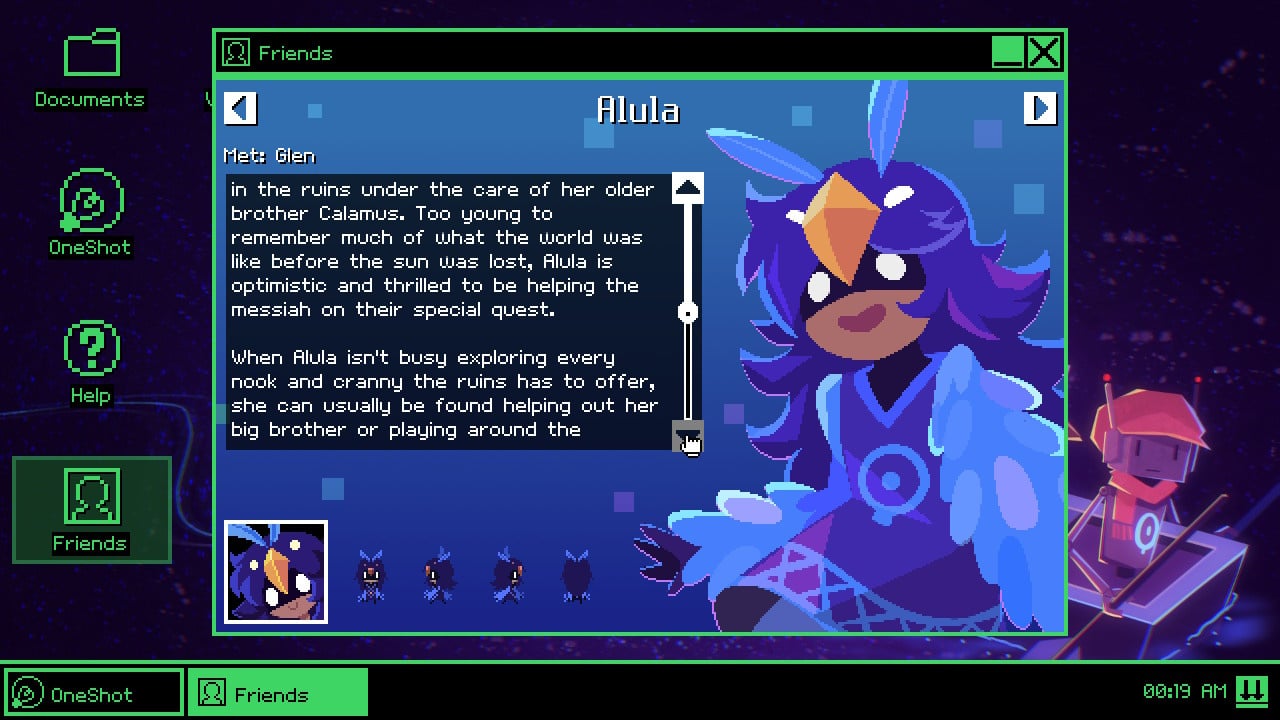 As far as gameplay and controls, including the graphics, OneShot reminds me of Undertale. Which is by no means a bad thing. It’s awesome that we are getting these really in-depth, emotional games without needing a huge budget. I feel like it makes these specific games even more memorable because you get closer to the characters and become familiar with the environments, not to mention an open-ended story with more than one ending. A great recipe for a great experience. And that’s just what OneShot is. 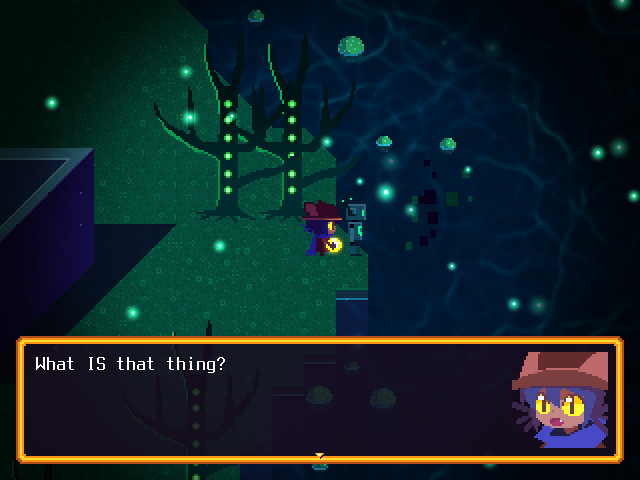 You might also be surprised to know that you won’t be engaging in any combat during your OneShot playthrough. This is a puzzle/adventure RPG. You’re going to be using the ole noggin’ for this one. Niko mostly solves riddles and puzzles around the world in order to reach a new area or unlock a door. It’s one of those games that sometimes feels really hard, but the solution ends up being really obvious, and you’re like, “…..oh, DUH!”. Interacting with the various characters around the world will help guide Niko to the next task should you get stuck or lost. But most of the time, you’ll just be figuring out what you need to move forward. 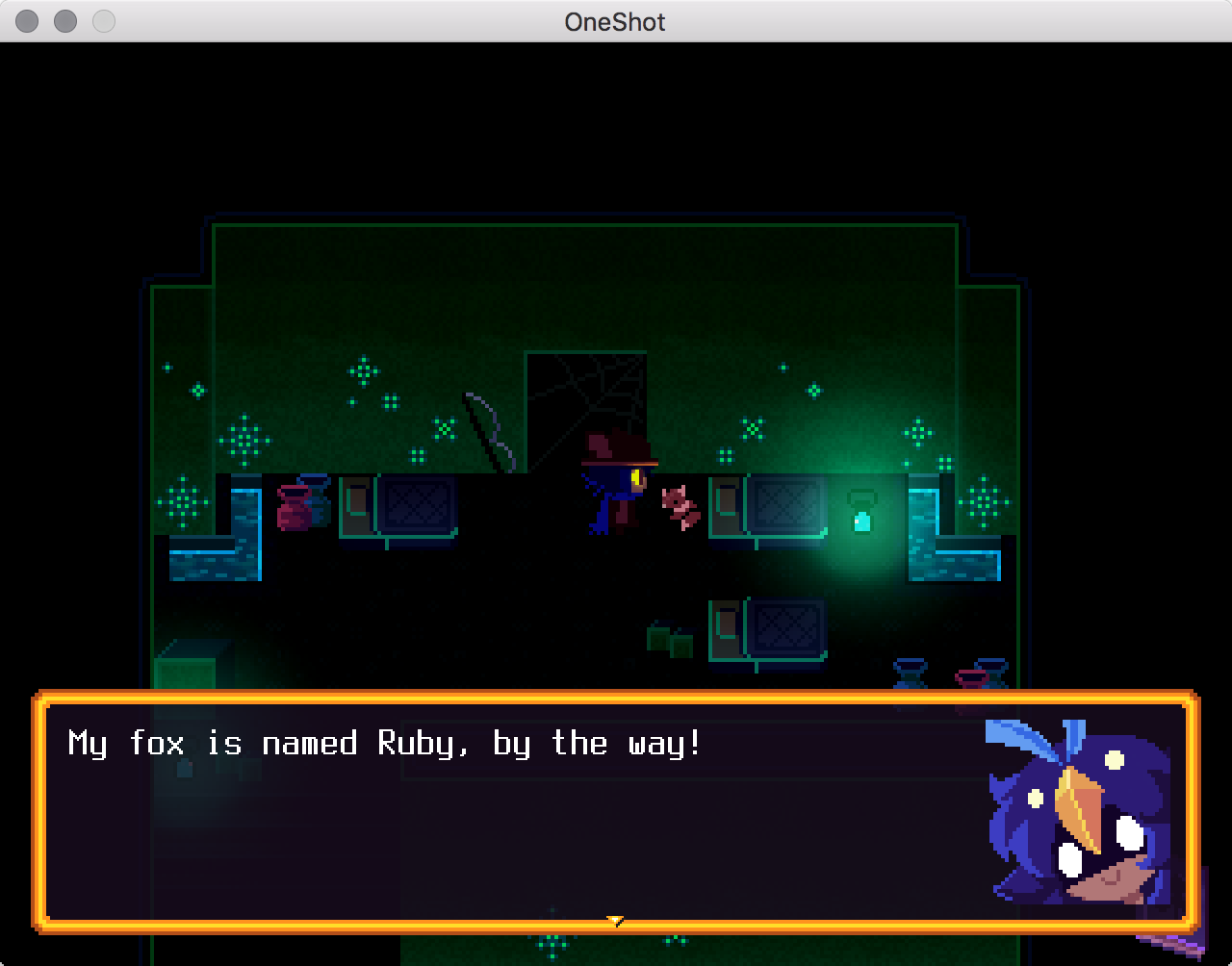 The whole “one shot” aspect can also be compared to Undertale. There are a few different endings in OneShot, but you are only allowed to complete the game once. So, that’s why Niko is told his actions have consequences. Though, there are ways around this. Like deleting the game, and save file from your switch, then re-downloading the game from the eShop, but where’s the fun in that? Just kidding, I totally recommend doing this because you will want to see every ending. It will take you around 6-7 hours to fully explore and finish the game. Not too shabby and not too much trouble to go back and replay. 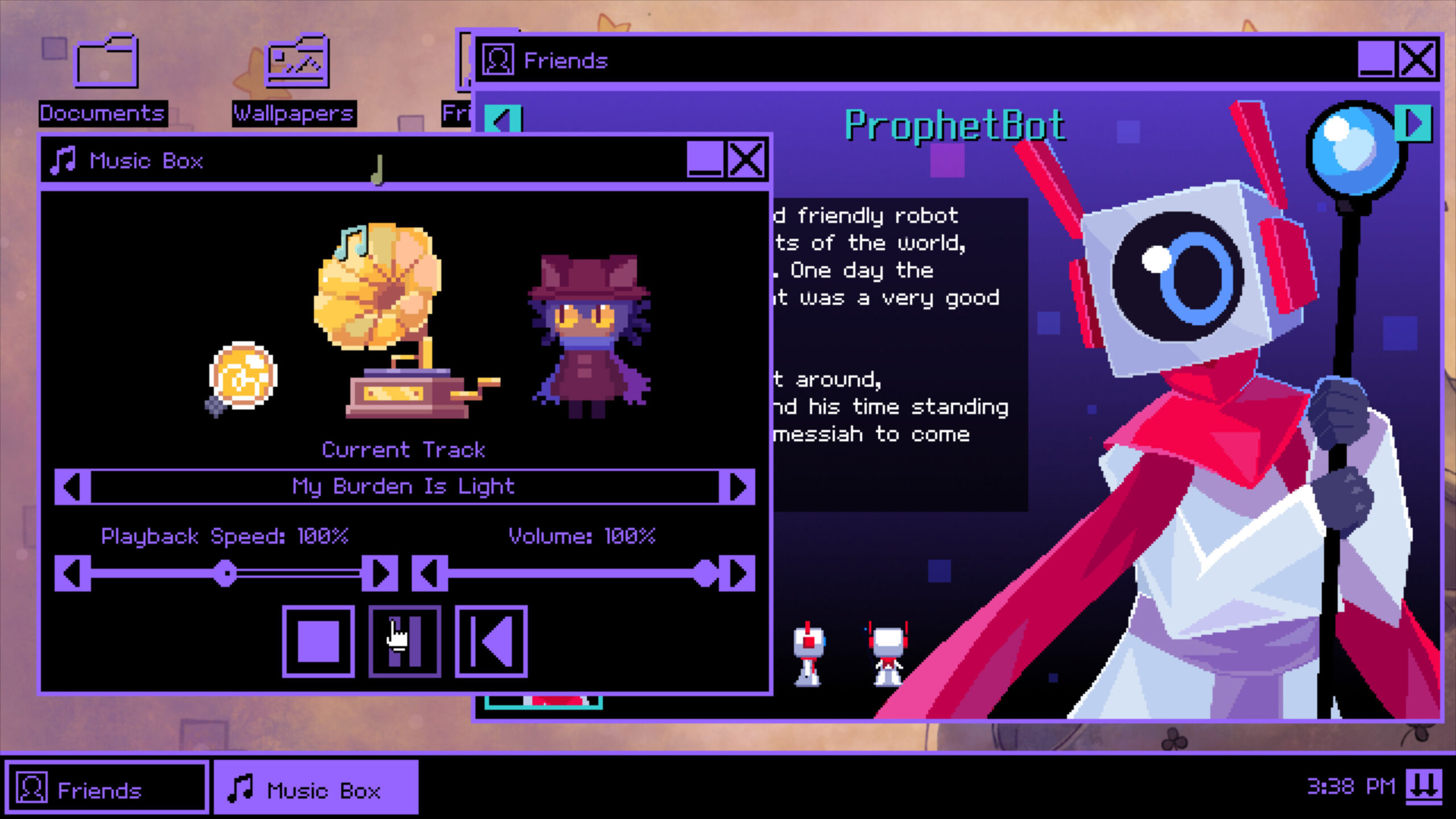 I’m really glad I got to review OneShot. I loved the characters, and I really liked how involved I was in the story and outcome of Nikos’s adventure. The ending can be sad, depending on your choices. But it makes you wonder what could have happened. Just like in real life. Overall, OneShot: World Machine Edition is an awesome game with an interesting story that will challenge your brain and make you think. If you like Undertale, puzzles, or a great story, then I highly recommend checking out OneShot. Available now on the Nintendo Switch eShop for $14.99. 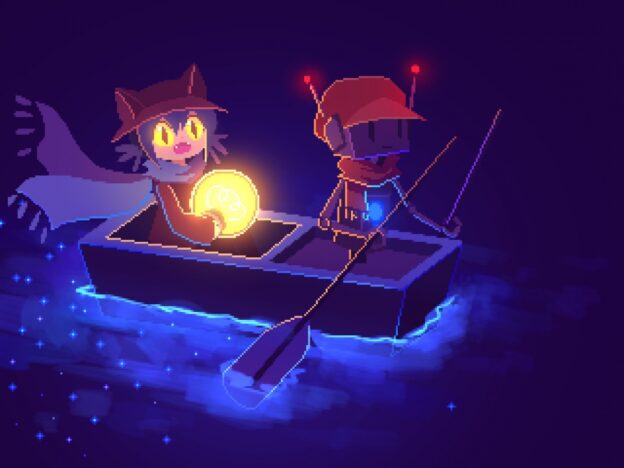 OneShot: World Machine Edition is an awesome game with memorable characters and an interesting story that will challenge your brain and make you think. If you like Undertale, puzzle games, or a great story, then I highly recommend checking out OneShot!